Home » trail » Volcanoes, calderas and mountains, the spectacular scenery of the Tinajo You Trail that leaves trailrunners with unique experiences 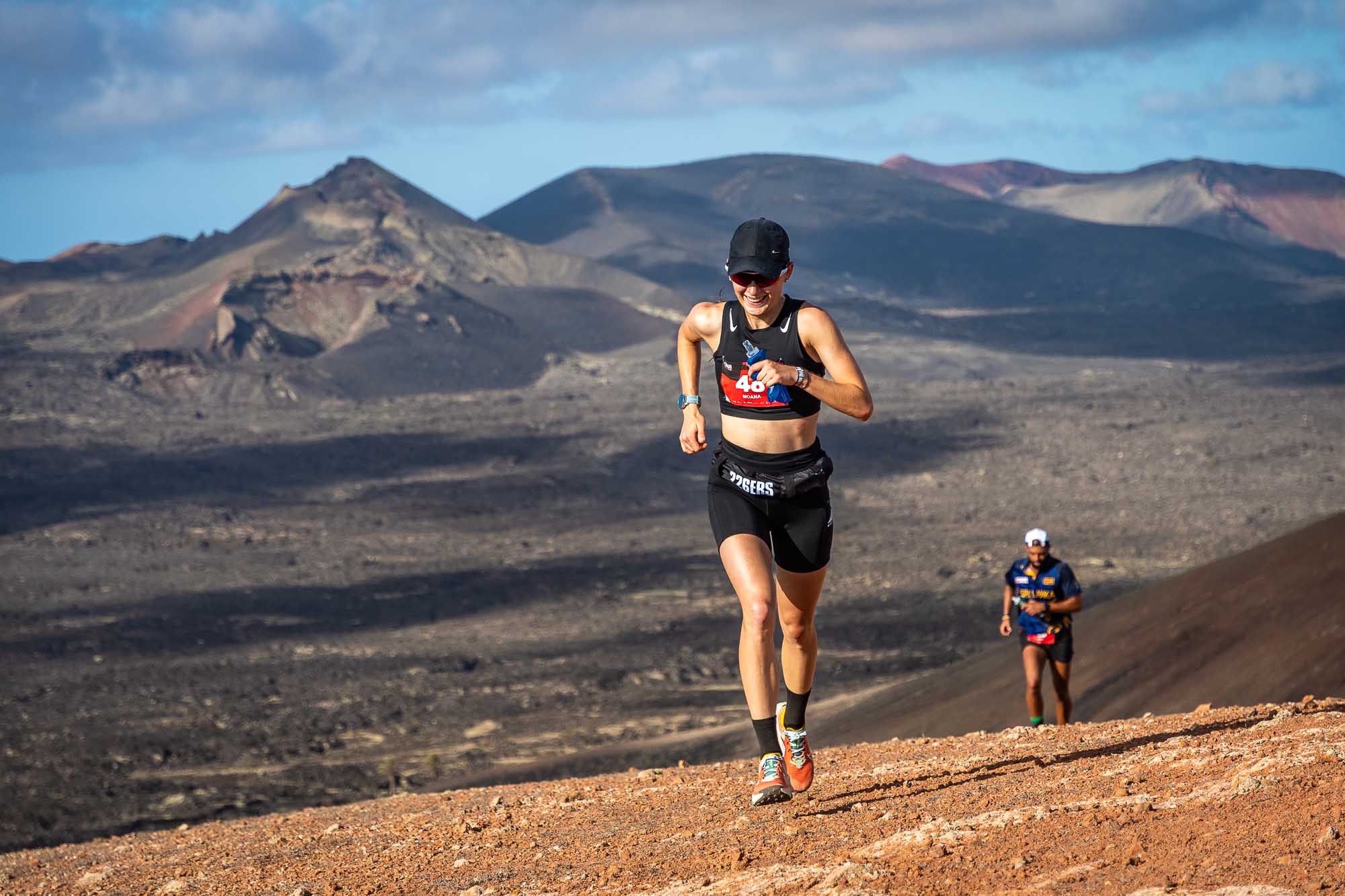 The celebration of up to seven editions for an event like the Tinajo You Trail means something more than a mere consolidation. The bond between Lanzarote and this event has already been strengthened in the past thanks to the dedication and perseverance of a test of social significance and that, as stated in its own regulations, is carried out with absolute respect for the environment.

That marked character with which the focus is placed on biodiversity, goes hand in hand with the philosophy that Lanzarote is committed to when it comes to positioning itself as a recipient of highest international relevance in sports tourism. That is why the Tinajo You Trail continues to cross borders, counting among its participants bearers of more than fifteen different nationalities who find in Tinajo a unique event, with guarantees both for the safety of the runner and for that of the privileged setting presented to athletes and fans, forming part of a recreational-sports festival that the natives themselves proudly promote. 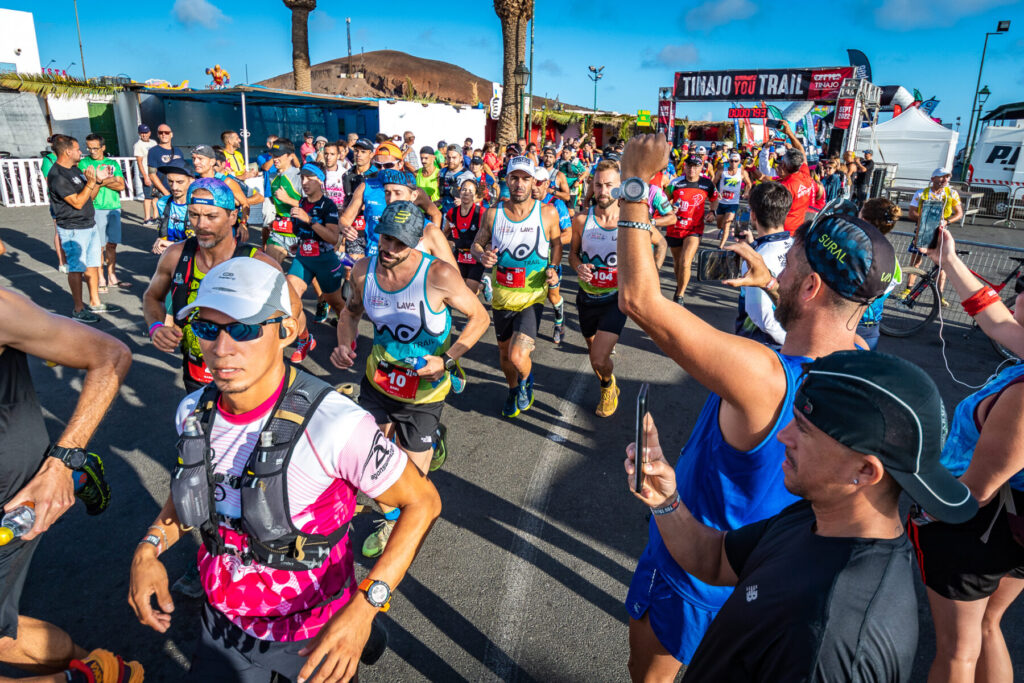 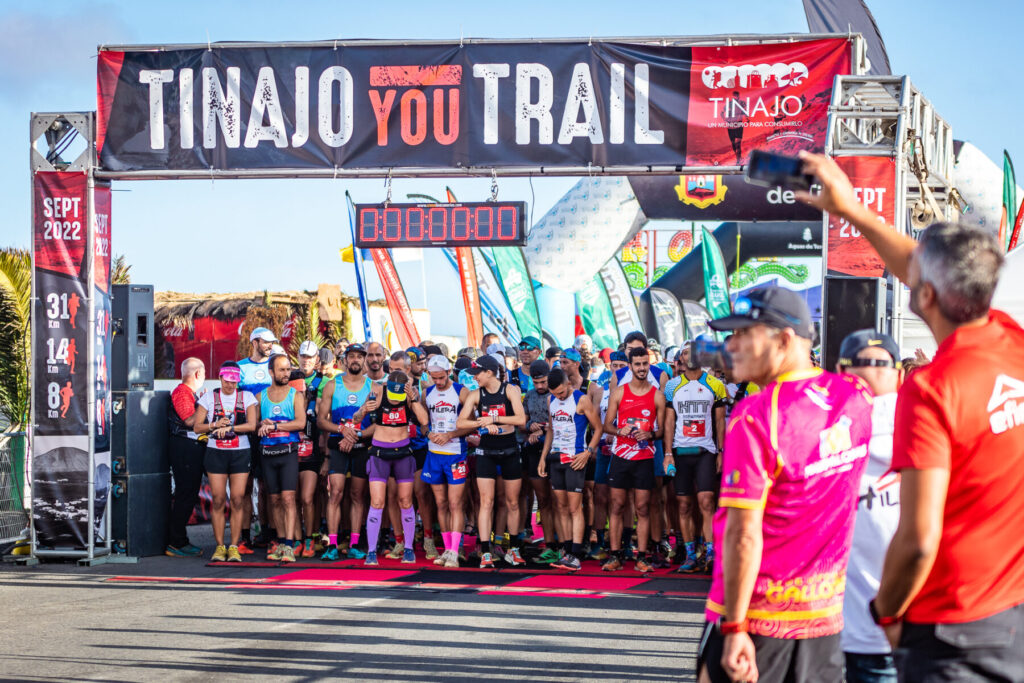 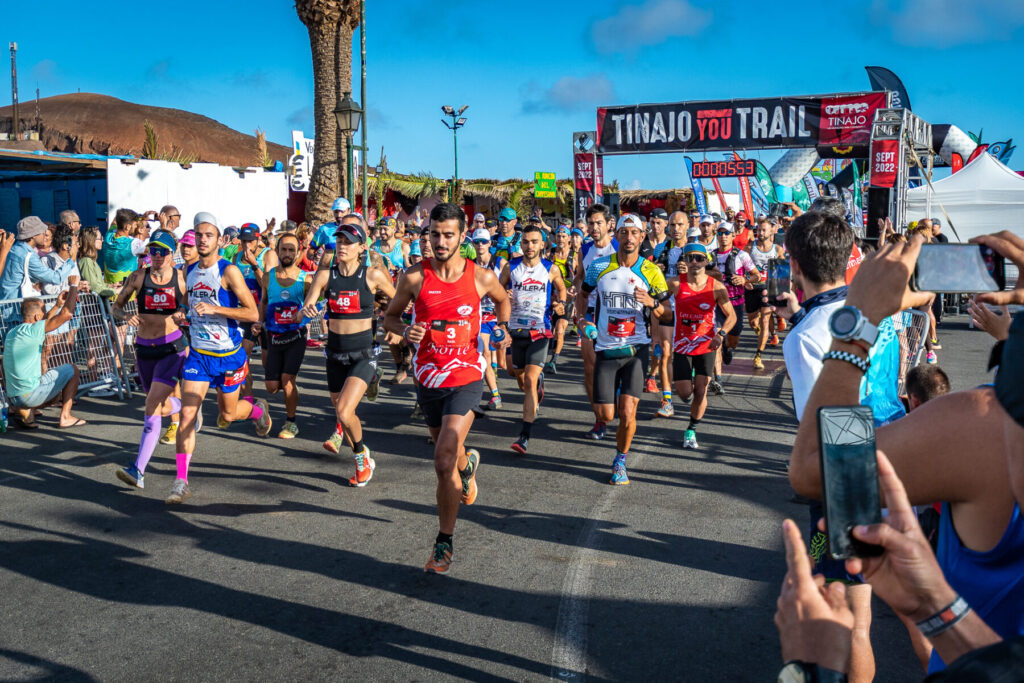 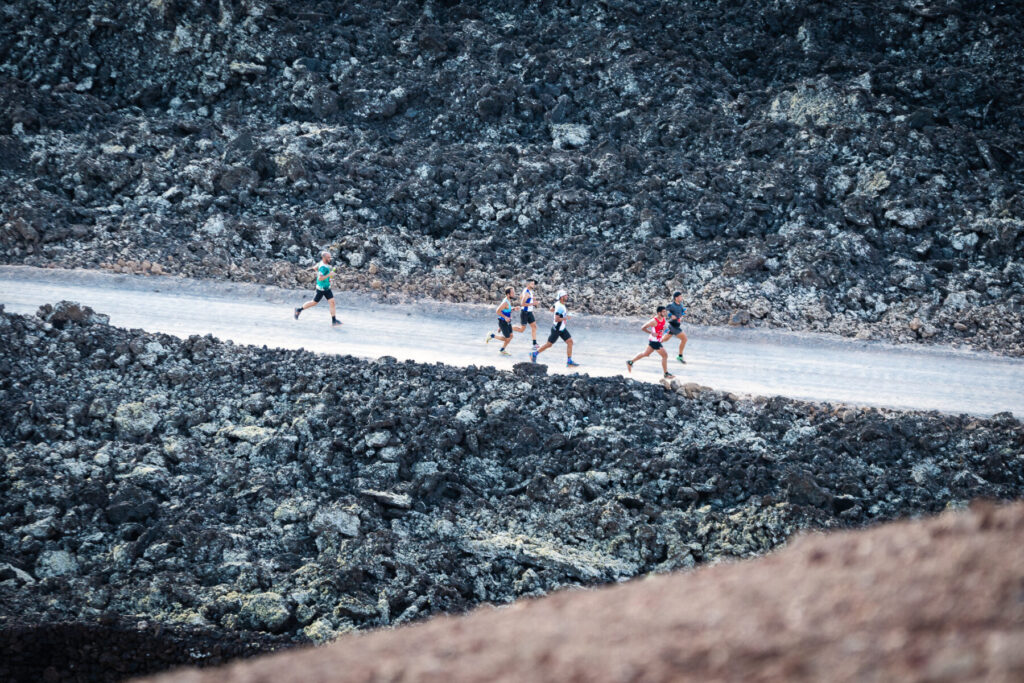 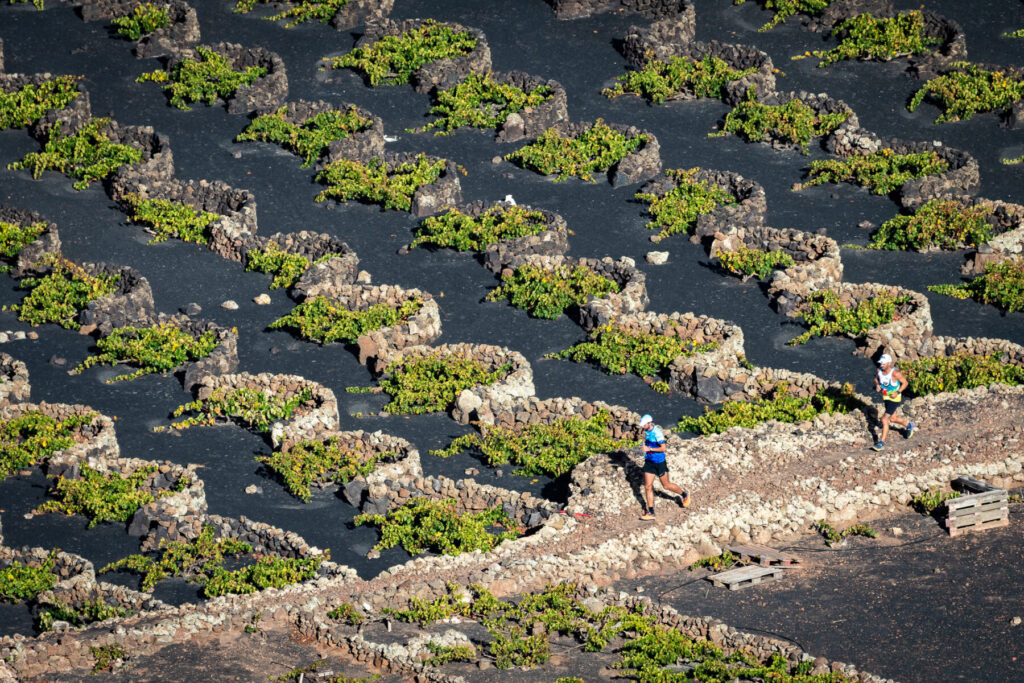 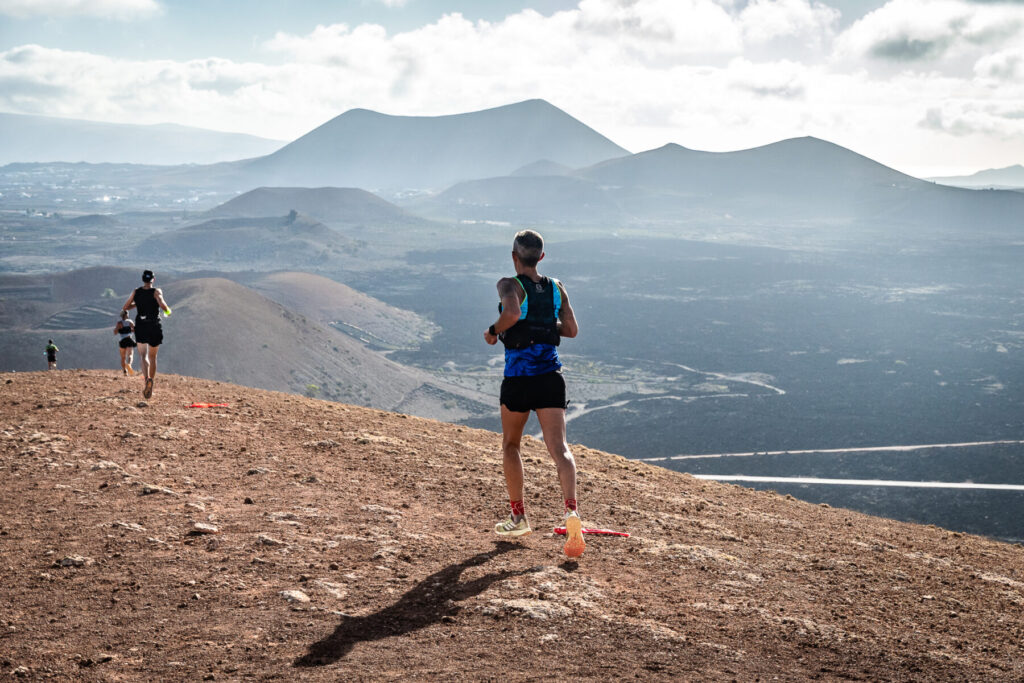 The essence of this competition gets an entire island involved with the runners, who run in harmony with their surroundings, because Tinajo You Trail wants to accommodate athletes of all levels. Besides the already highly acclaimed “Carrera de Chinijos” where boys and girls from 3 to 11 years old participate, as well as its hiking modality to enjoy the circuit from another perspective, there are also the 8, 14 and 31 km categories, which cater to the sporting aspirations and demands of every type of runner. 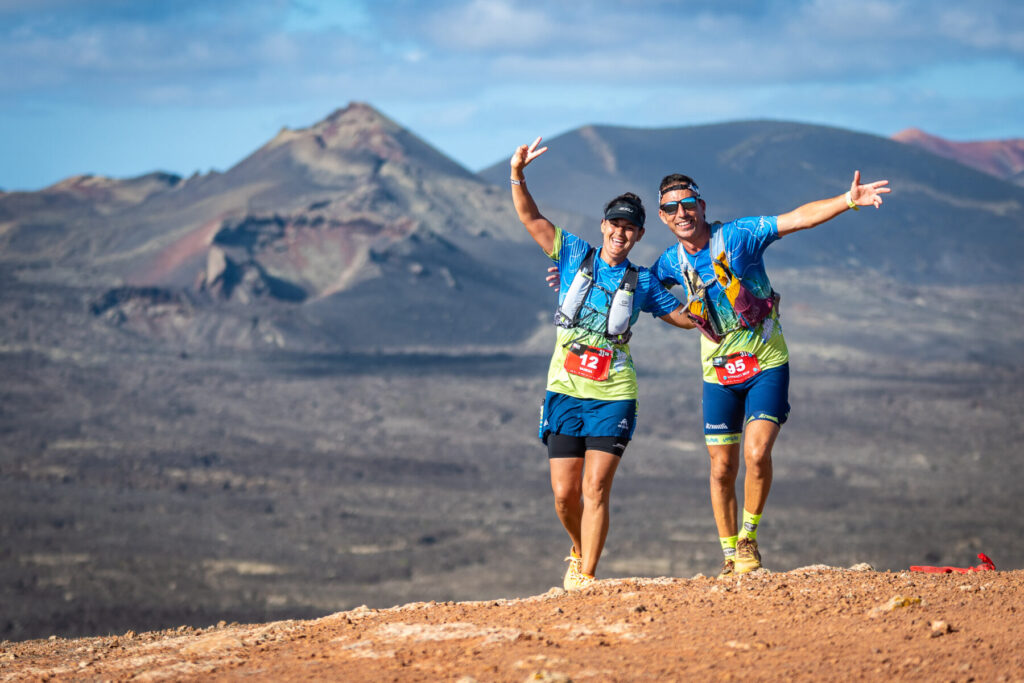 The Tinajo You Trail sets itself apart with its circuit that focuses on different models of heights. The fast descents combine with trails, paths and tracks that go through rural settings featuring that characteristic volcanic landscape. The village of Mancha Blanca serves as a backdrop from which you can start a magnificent journey where you will discover the different geographical features of Lanzarote. 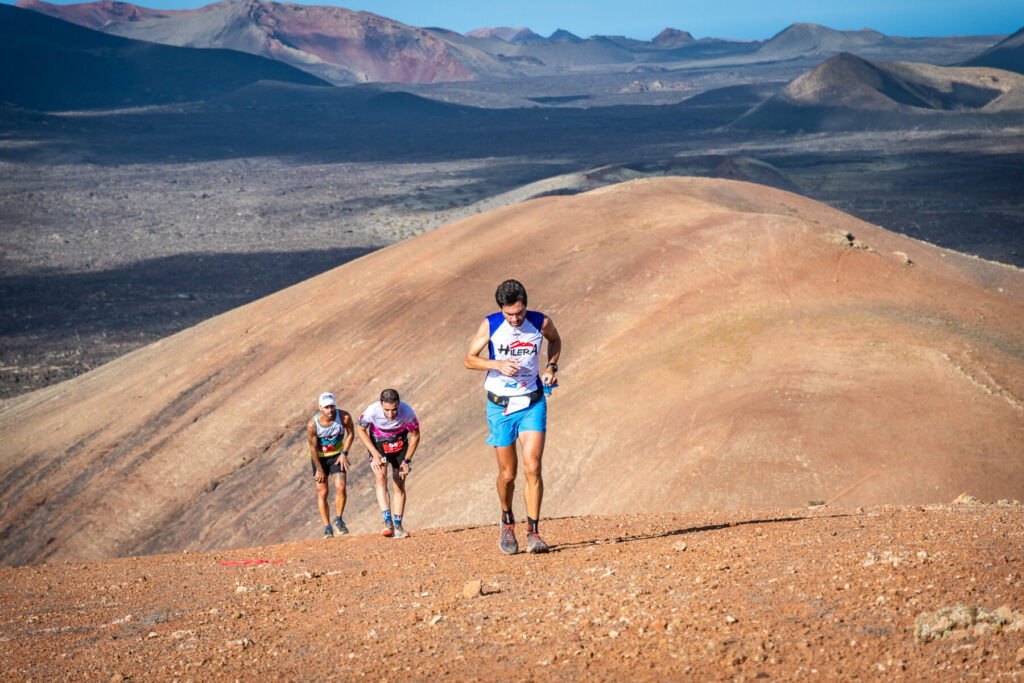 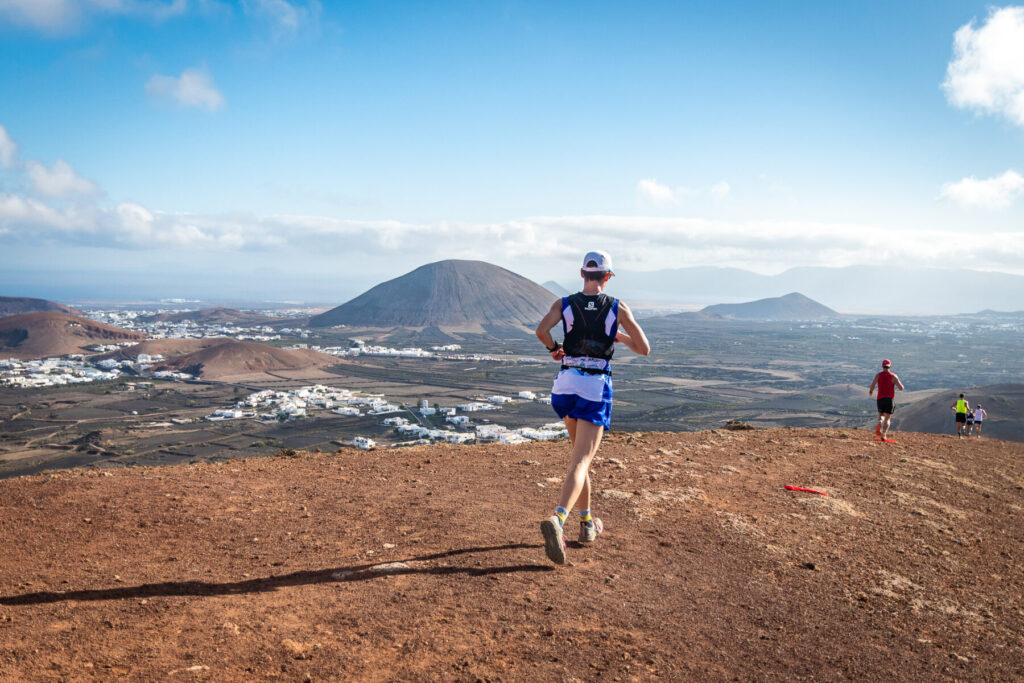 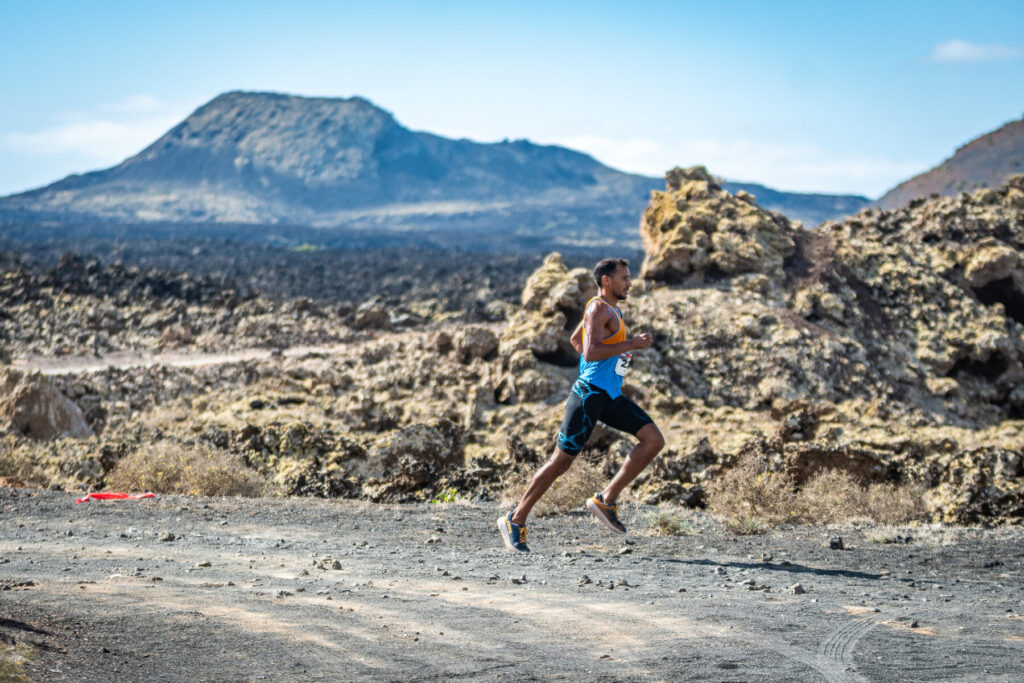 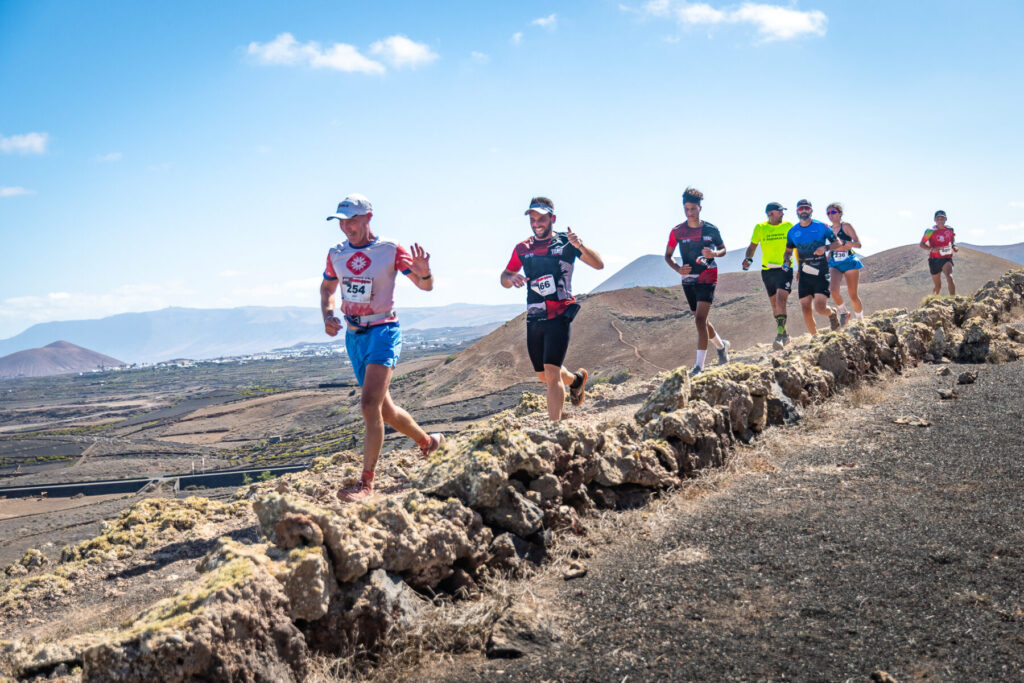 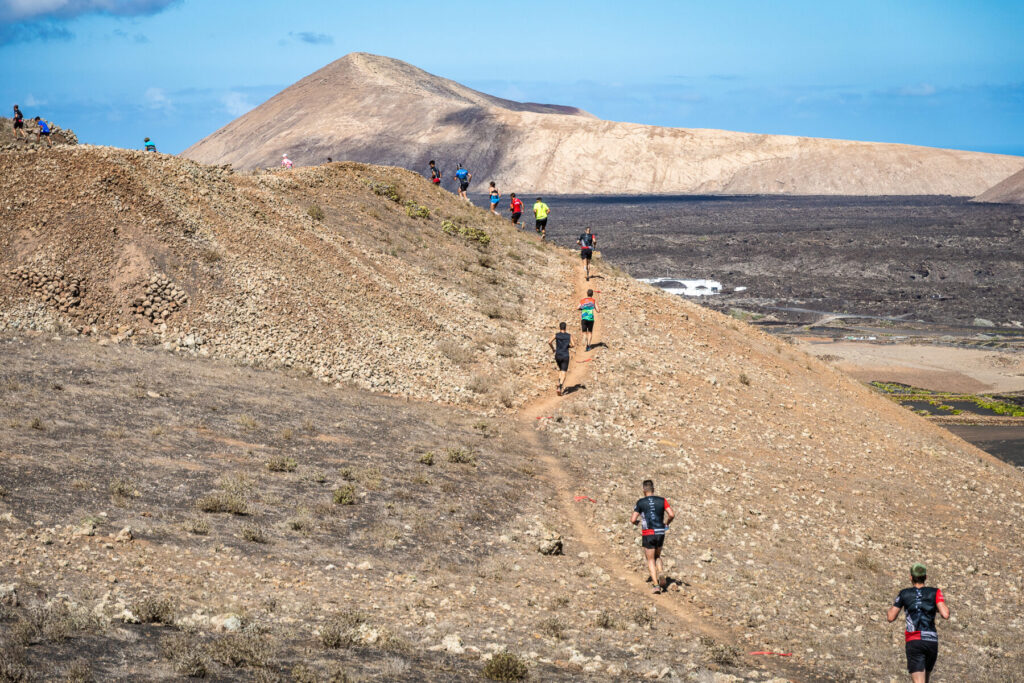 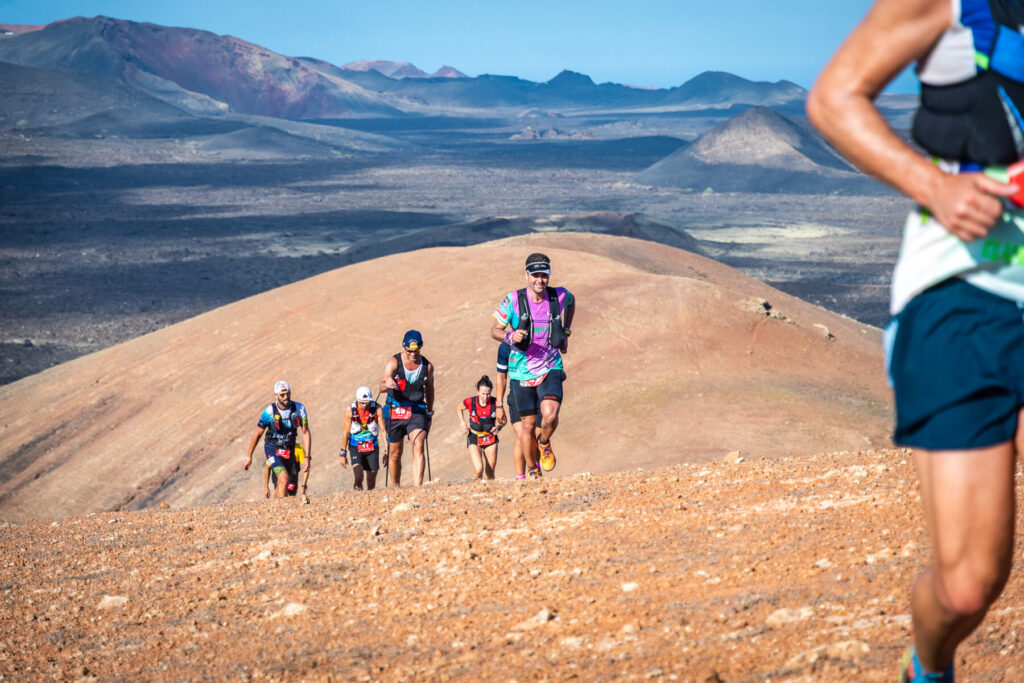 The Montaña Tabayba, Las Quemadas, Volcán del Norte, Risco de Tenesar, Montaña de San Roque, Caldera de Guigan volcanoes are just a few of the locations that the athletes will pass through and the toponymy of which provides undeniable proof that to mention the Tinajo You Trail is to talk about a special race. We cannot forget, as will be also the case for the runners, the Montañas del Fuego, a characteristic location of Lanzarote that highlights even more the uniqueness of this race, especially when the landscape becomes more rural as we pass through iconic villages such as La Vegueta, Tenesar, Tinguatón or the town of Tinajo itself, a clear example of the combination of social life and respect for the natural environment that is so representative of Lanzarote. 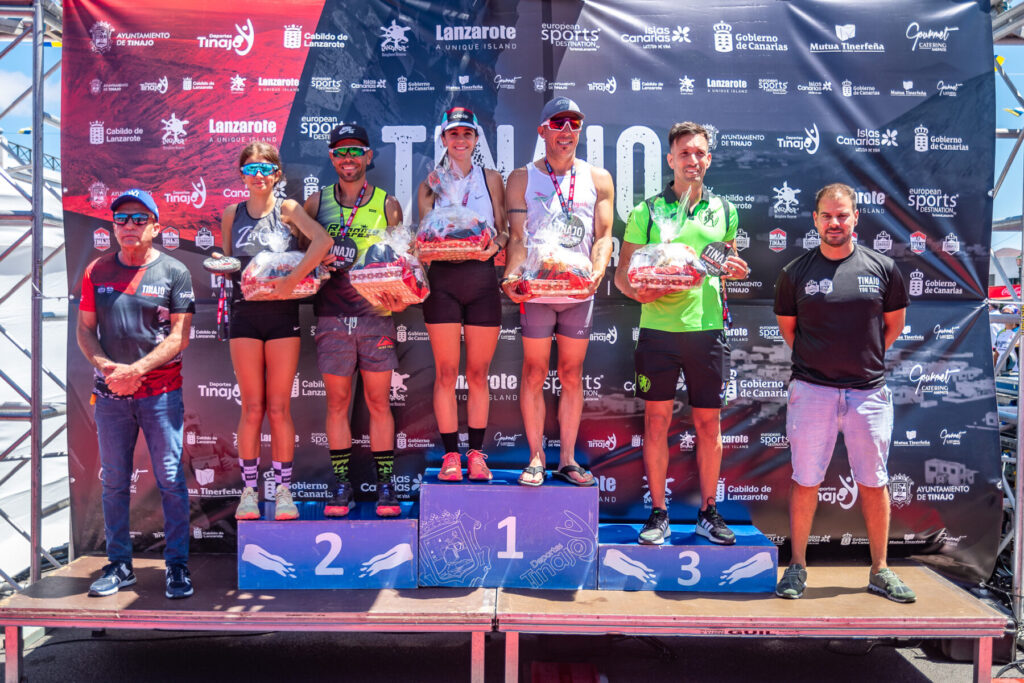 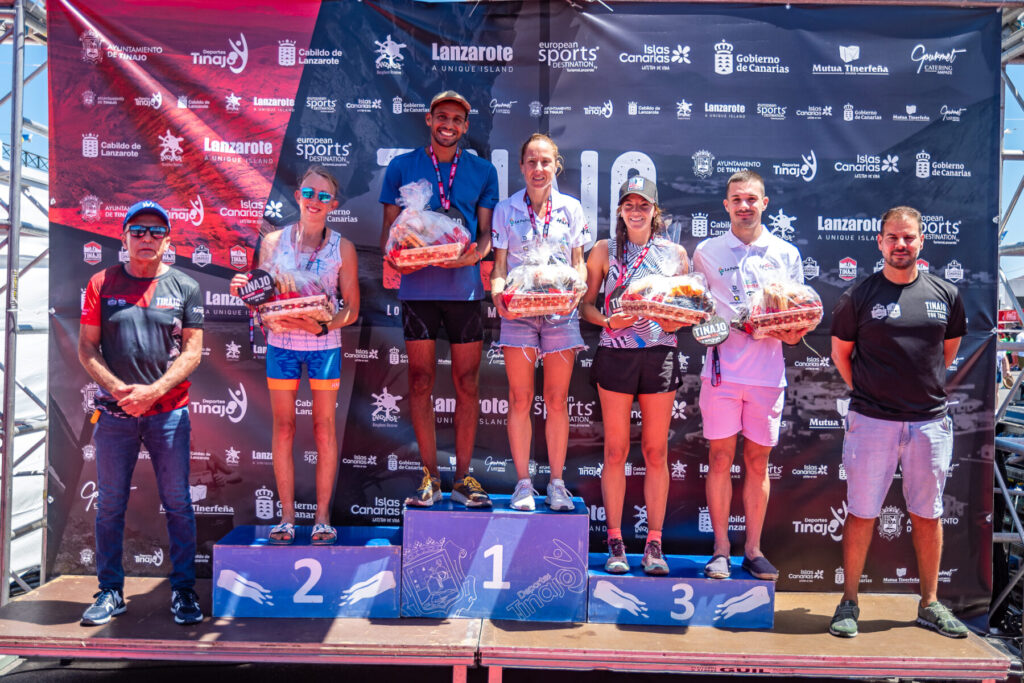 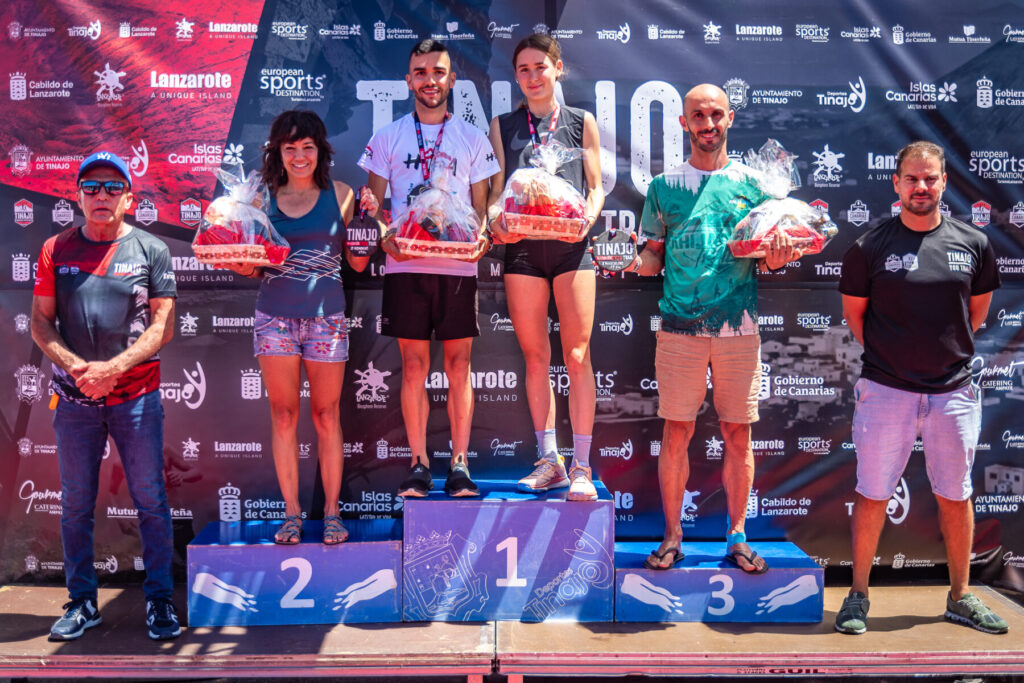 Declared as winners of the VII Tinajo You Trail 2022 out of the 540 runners who participated, many of them already familiar faces who come back every year, and other new runners who wanted to enjoy this unique experience offered by the Tinajo You Trail on the island of Lanzarote.