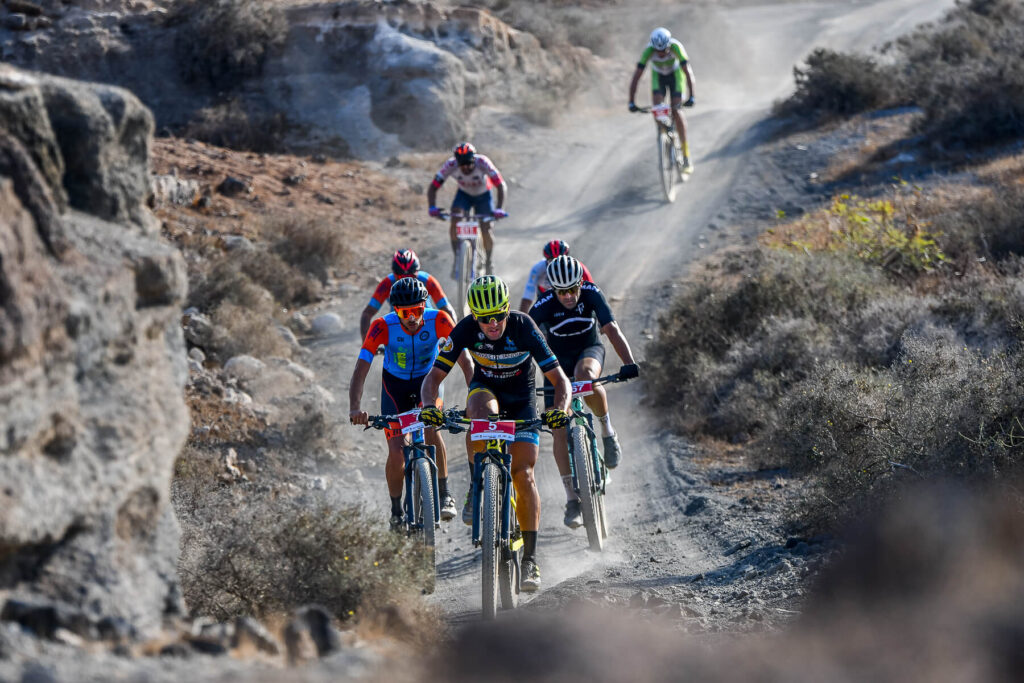 Last weekend saw the VII edition of the Ultrabike Lanzarote, a very special event that was long-awaited by local and foreign mountain bikers alike, who couldn’t wait to enjoy their sport on trails and paths over a large part of the island. On Saturday they competed in the VII edition of the Líneas Romero Time Trial, an event that only covered 9 kilometres due to safety protocols. Sunday was already set up for the other two races in this edition of the Ultrabike Lanzarote with routes of 100 km and 45 km.

In the fast time trial on the first day in La Graciosa, it was Tessa Kortekaas who was the winner in her category, taking 14 minutes and 54 seconds to complete the test. After her came Cathaysa Sánchez with a time of 16 minutes and 17 seconds. The last place on the podium went to Lourdes Bethencourt who stopped the clock at 16 minutes and 30 seconds. In the men’s category, Ismael Ventura won the men’s race, stopping the clock at 13 minutes and 15 seconds. Javier Ramos Domínguez crossed the finish line just 5 seconds behind the winner, and Nelson Vera Ramos came in third, with a time of 13 minutes and 34 seconds. 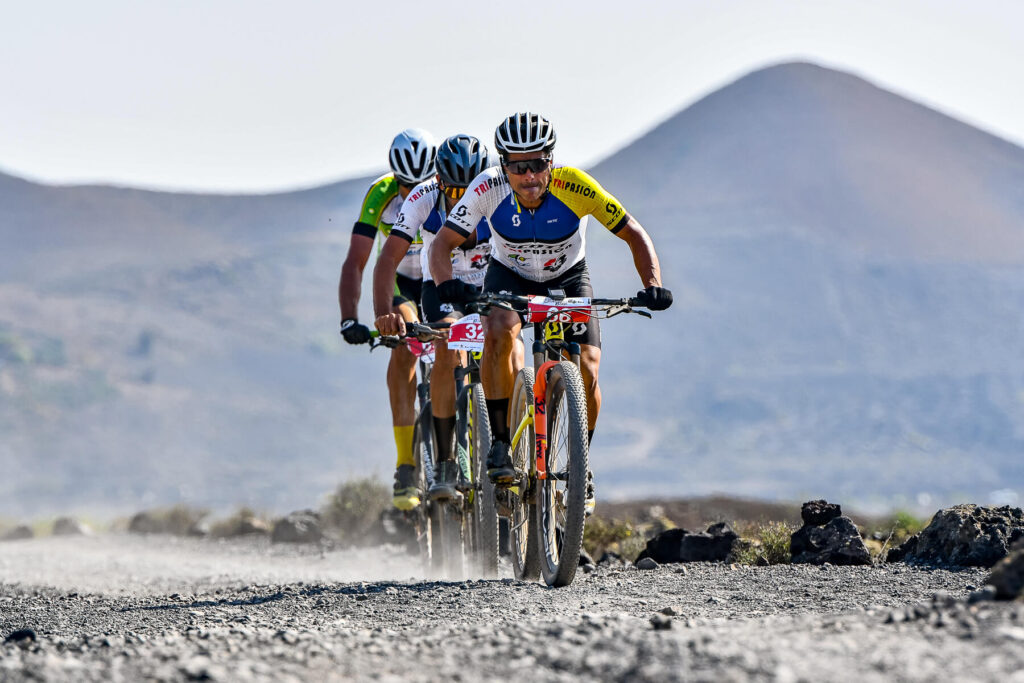 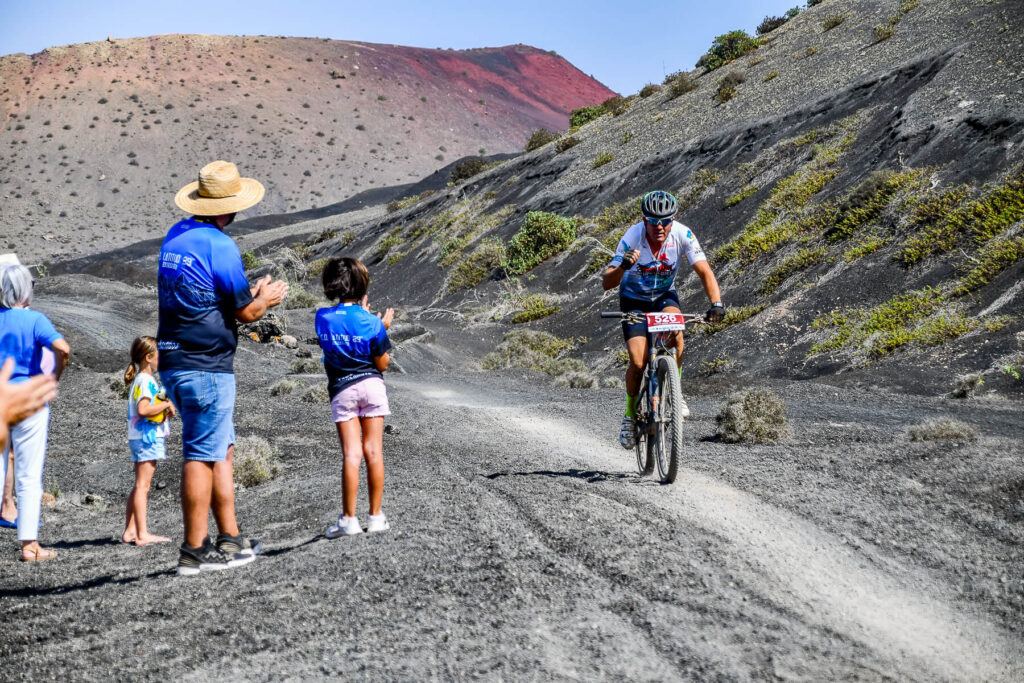 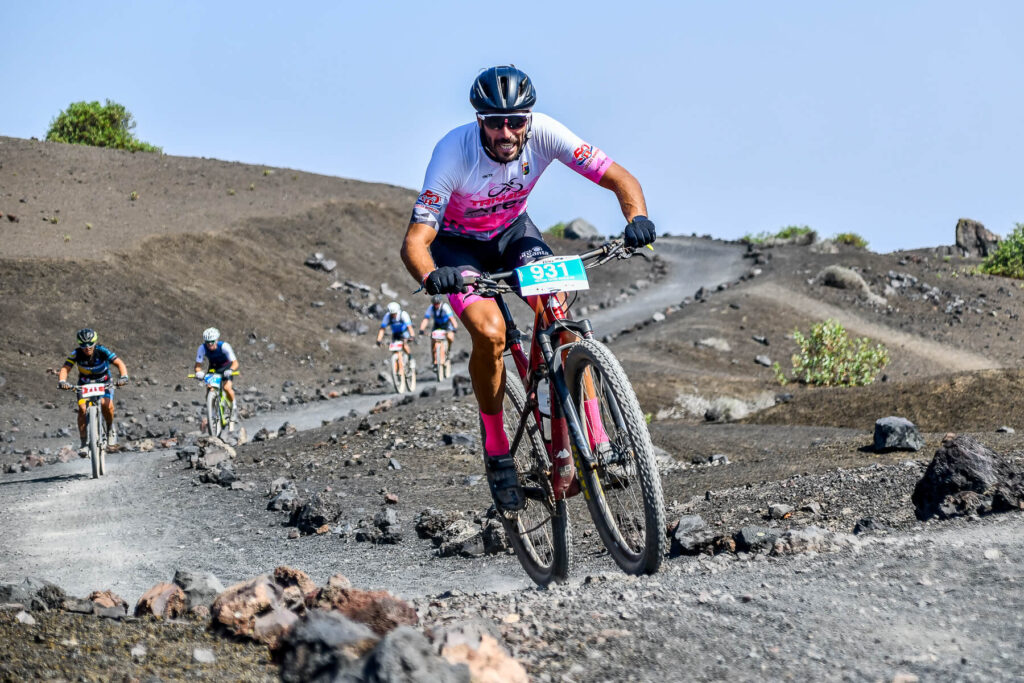 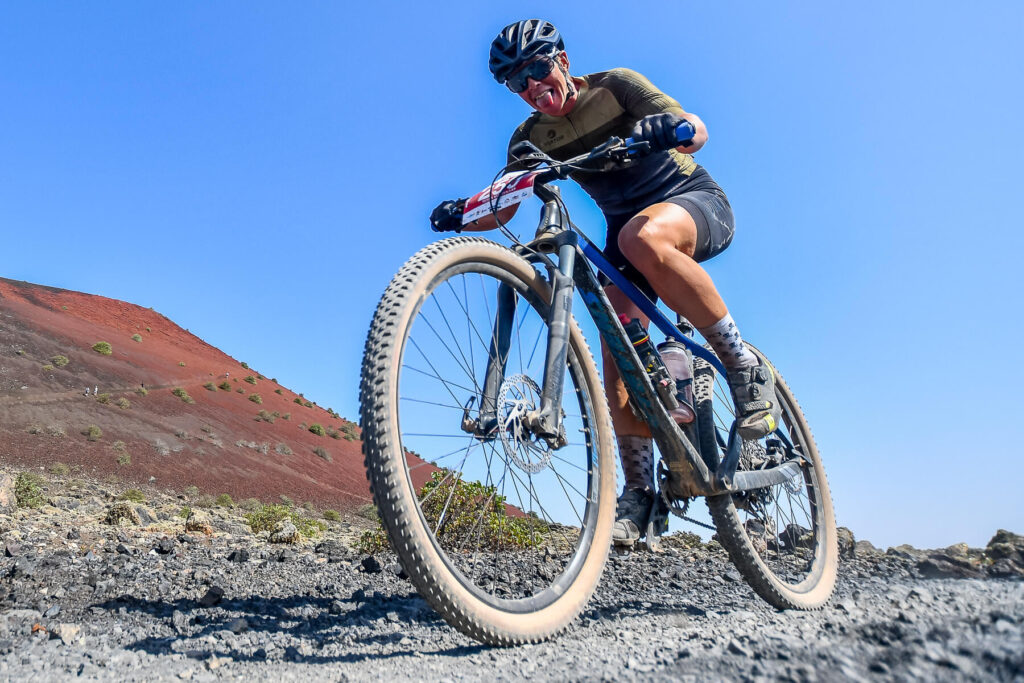 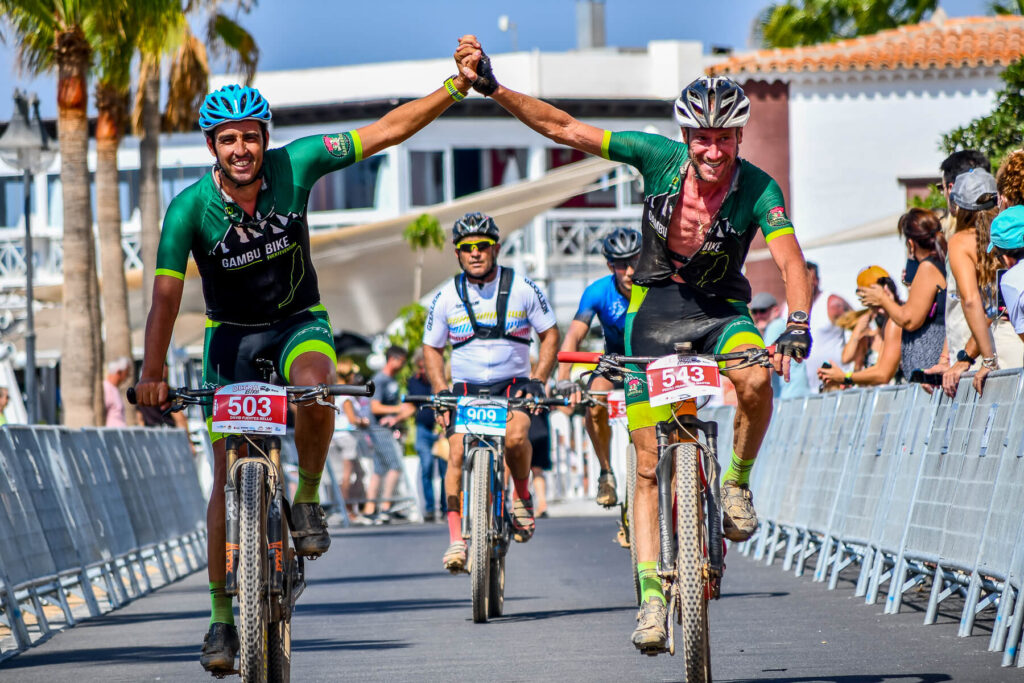 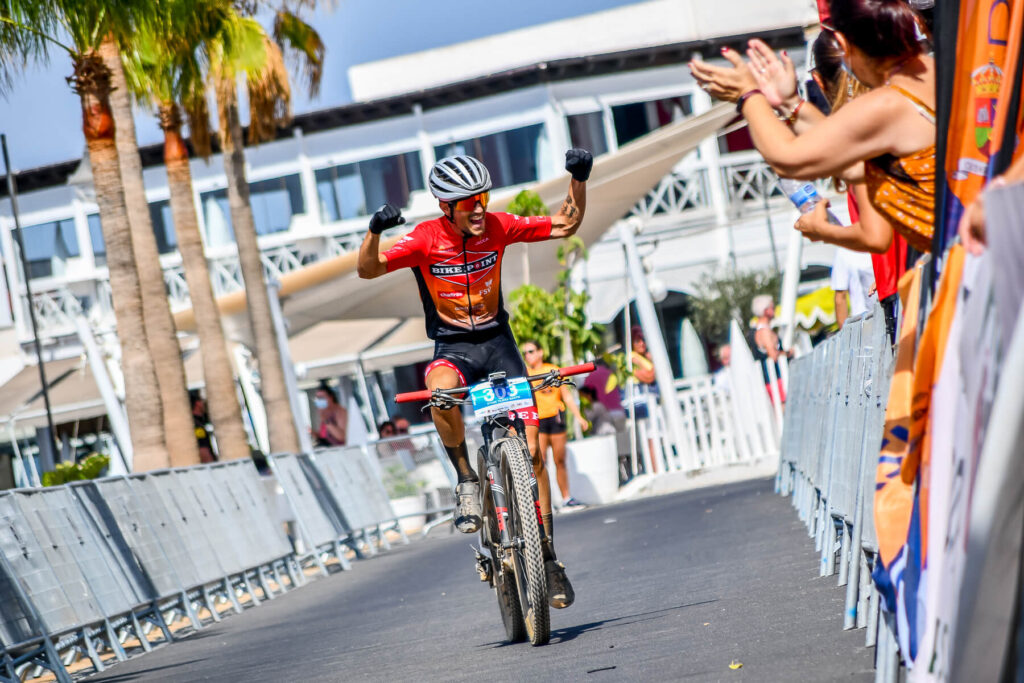 At 08:30 hrs on Sunday, and now in Costa Teguise on Lanzarote, the starting signal for the VII edition of the Ultrabike Lanzarote 2021 was given. There was a relaxed atmosphere and the 546 participants in the 100 km race were very eager to get started. The second departure of the day took place at 11:00 hrs from the village of Masdache with the participants of the 45 km modality also eager to begin their race. This year the finish line for both competitions was located in Puerto Marina Rubicon in Playa Blanca.

After having won the time trial on the island of La Graciosa, Ismael Ventura started the race as favourite to again win this VII edition of the Ultrabike Lanzarote, but after several punctures he saw his hopes of climbing to the top of the podium dashed, and was relegated to fifth place, just over eight minutes behind the winner of the race.

It was Antonio Padrón who, after covering the 100 kilometres with a time of 03h 59m 52s, arrived first at Marina Rubicón, ahead of Nelson Vera, who crossed the finish line just two seconds behind. However it was Vera would eventually win the general classification, as the difference in the overall time was in his favour when adding together the time trial and the Ultrabike times. The last place on the podium went to Javier Ramos who finished the course in 04h 04m 47s. In the women’s category, Tessa Kortekaas, who also won the time trial in La Graciosa, took the victory with a time of 04h 40m 50s. After her came Lourdes Bethencourt, a little more than 25 minutes behind, and in the third place came Carmen Delia Luz with a time of 05h 18m 20s. 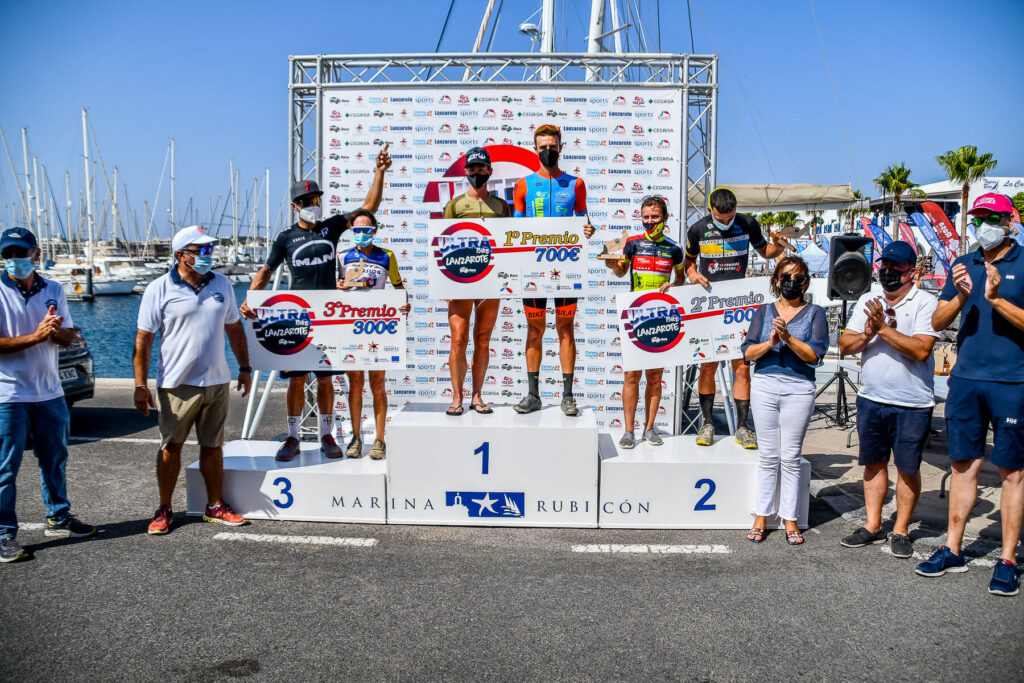 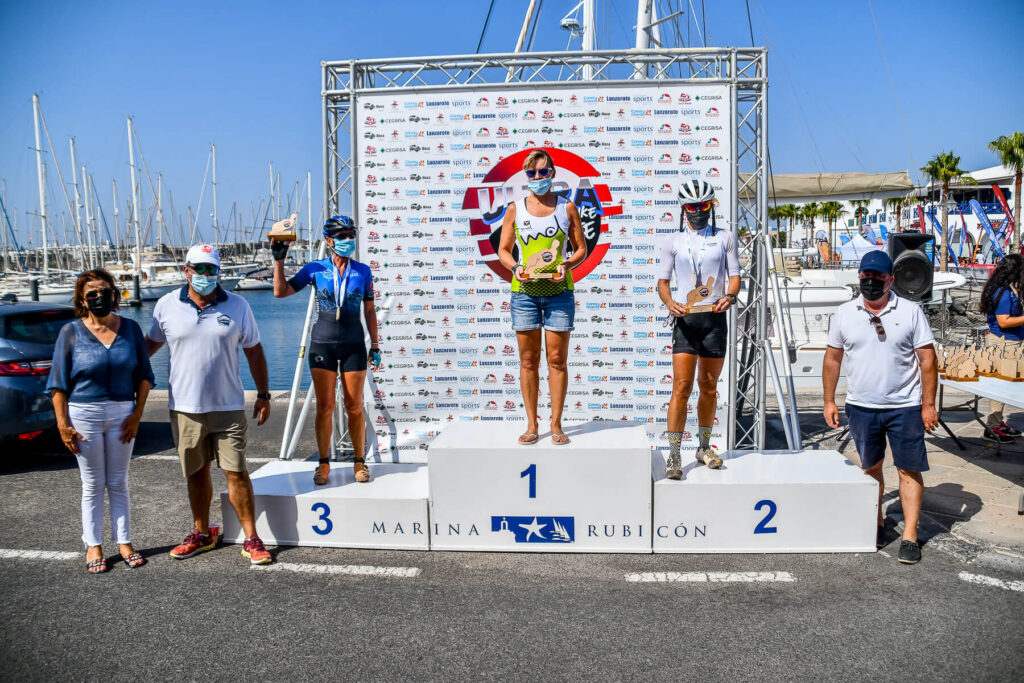 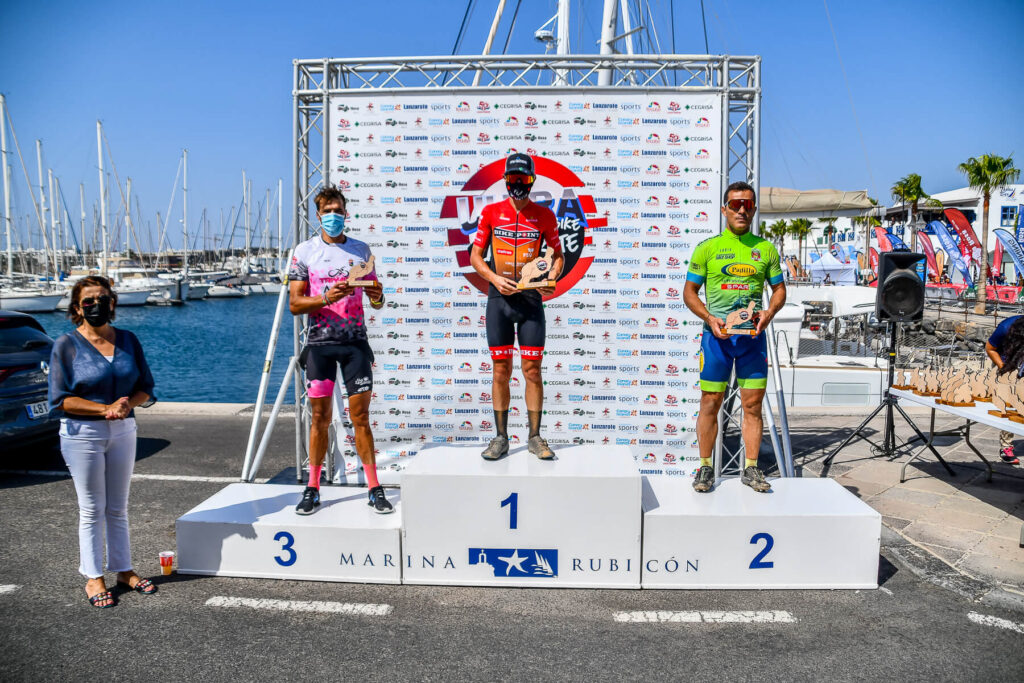 The shorter distance of the 45-km Bike Teguise event hid a lot of challenges. Ayose Tejera won the men’s category with a time of 02h 07m 05s. Behind him came Rogelio Ramos, who crossed the finish line just over eight minutes later, with Víctor Tavío just over 40 seconds behind Ramos. In the women’s category, Icha Quevedo set the best time with 02h 58m 29s. Carolina Aguilar came in second, finishing in 03h 17m 14s, with third place going to Cristina Cauteruccio with 03h 21m 28s.

After the competition, the trophies and medals were presented in the perfect surroundings provided by Playa Blanca’s Marina Rubicon, bringing the VII edition of the Ultrabike Lanzarote to a close. Its return after a year’s break will be difficult to forget.