Home » blog » The “Angelote”, a unique species of angel shark found on the Lanzarote seabed 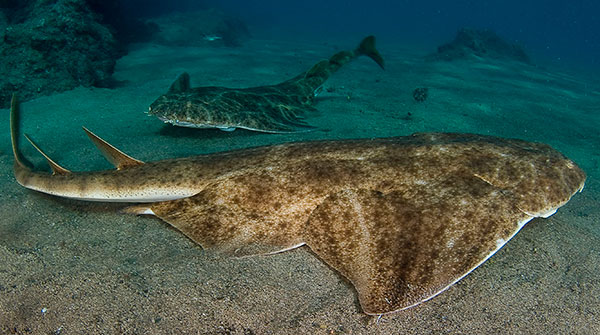 The population of angelsharks in the Canary Islands is included in the Spanish Catalogue of Threatened Species that are “in danger of extinction”, which covers almost 200 examples of flora and fauna.  Globally, the angel shark is the second most critically endangered group of sharks and their future is seriously threatened by climate change, pollution and illegal trawling. Fortunately there are places like the Lanzarote seabed where angelsharks (Squatina squatina) can still live peacefully and are protected. This is one of the 22 species of angel sharks discovered so far and it is believed that locally it was given the name “angelote” (which means “big angel” in Spanish) because of its large winged pectoral fins, which it finds very useful for hunting.

Every year Lanzarote welcomes thousands of divers who come to dive to enjoy the biodiversity of the island’s waters. It has several dozen diving centres with facilities of unbeatable quality, which are located in the main diving areas. Among the favourite spots for diving lovers, there is Puerto del Carmen, with transparent waters and abundant marine life that invite you to dive and explore. This area is considered one of the most important angel shark breeding areas on the planet and almost daily there are sightings of camouflaged specimens in its bottoms. Another outstanding spot is located in Playa Blanca with dive sites of between 15 and 20 metres, perfect for both novices and more experienced divers. 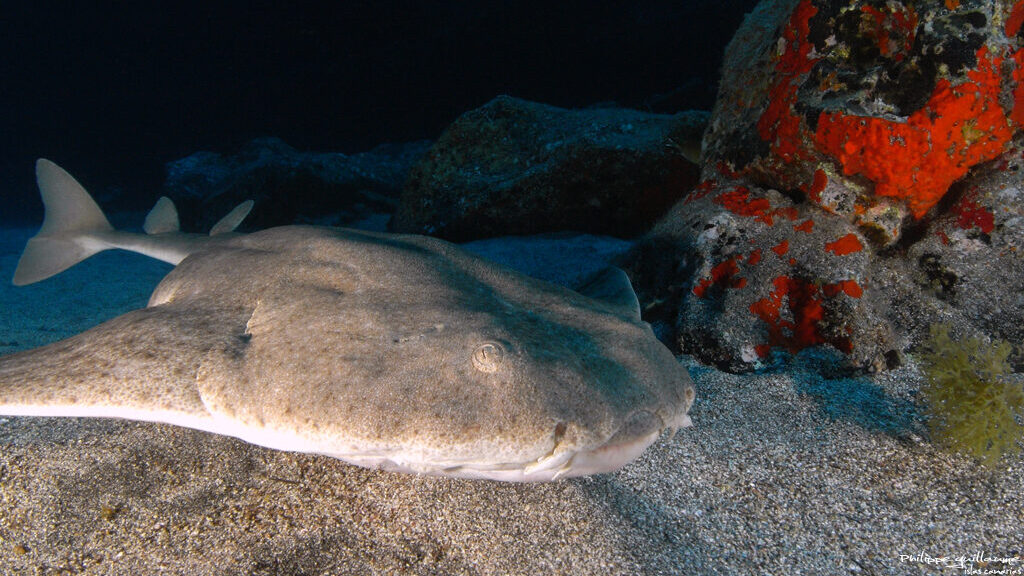 In the ChinijoArchipelago Marine Reserve you can also see large angelsharks in the midst of its marine wealth. Little is known about the reproductive habits of this shark, which is harmless to man, so the scientific community attaches great value to the data provided by the diving clubs. Most newborn sharks are sighted between April and July. It is not known exactly how many years they live, although the closest reference is the similar species that lives in the Pacific Ocean, whose scientific name is Squatina californica and which can live up to approximately 30 or 35 years.

The Open Fotosub Lanzarote Mar de Lava is a contest that has been held on the island since 2010 involving local, national and international teams that share with us the incredible underwater world that the island offers.

On June 26th the first International Angel Shark Day was celebrated, a date that highlights the importance of protecting this species from its main threat, the human being. Lanzarote has the privilege of maintaining an outstanding population of angelsharks in its waters and thanks to different studies it has been shown that the number of individuals has increased in recent years. This summer season is a good time to dive into the Atlantic Ocean surrounding the island to observe this fascinating shark.