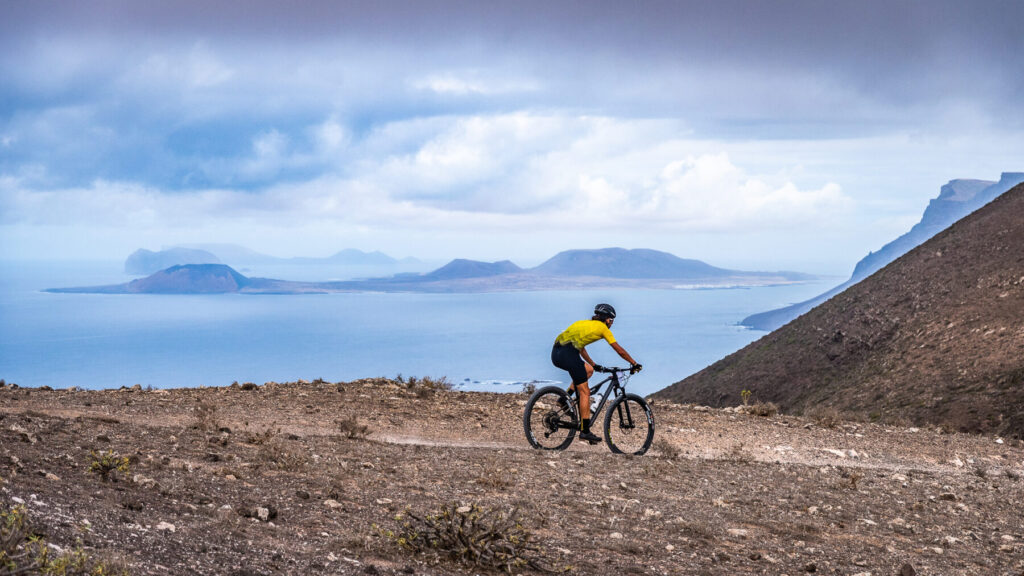 The 4 Stage Mountain Bike Race Lanzarote marked the beginning of the calendar of sporting events on the island, a calendar that is available in very few destinations. The island of volcanoes stopped being an international sports tourism revelation a long time ago, and instead it has become a benchmark. Not only does the range of competitions on offer increase every year, but the range of possibilities grows at the same time as the quality of the events increases.

The 4 Stage MTB Race Lanzarote followed this pattern. It was held from the 22nd to the 25th of January and left unforgettable days in its wake. As many as 411 participants from all over the world came together in one of the most eagerly awaited competitions, both for the riders and for the local community itself, which is very enthusiastic about this type of event, aware of its importance beyond our borders and grateful to be able to witness the sacrifice and hard work invested by the participants in four exciting days of competition.

Organising a sporting event in Lanzarote is synonymous with success, and involves the participation of fans of the sport as well as active professionals performing at the highest level, who have no hesitation in putting Lanzarote’s sporting offer in their diaries. This was also the case for this 4 Stage MTB, with the professional elite once again choosing to come to Lanzarote to take part in a significant event, sharing the stage with amateurs and sport lovers. 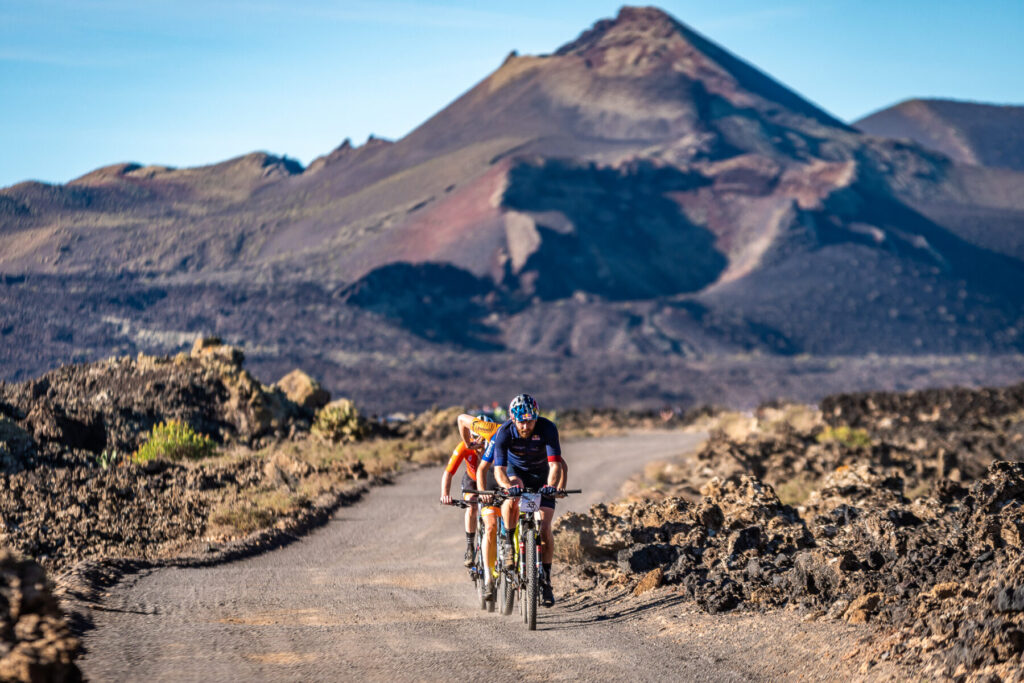 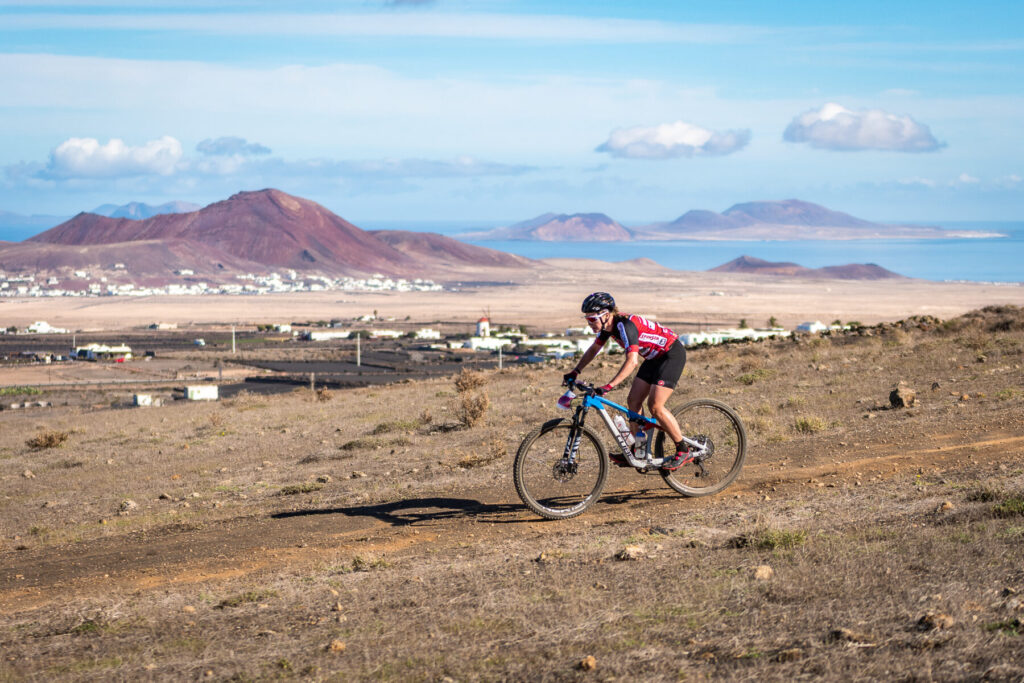 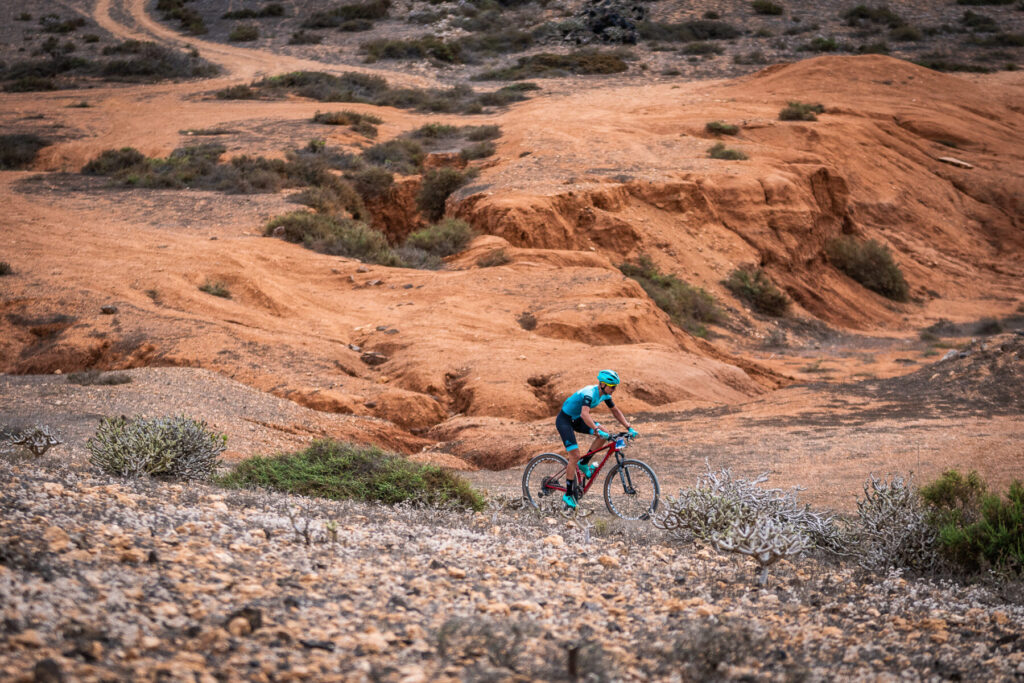 Not surprisingly, it is also the first race of the year for the UCI S1 category, giving more level and recognition to this event, if possible. The island’s organisational conditions have led to it being the only venue for this category in the whole of the Canary Islands.

Participants, organisers and fans alike were able to enjoy the unbeatable atmosphere of the 4 Stage MTB. Lanzarote meets every requirement to make it the perfect setting for events of any size and countless sporting successes have taken place on the island, thanks to which both professionals and amateurs have enough confidence to come here without hesitation. 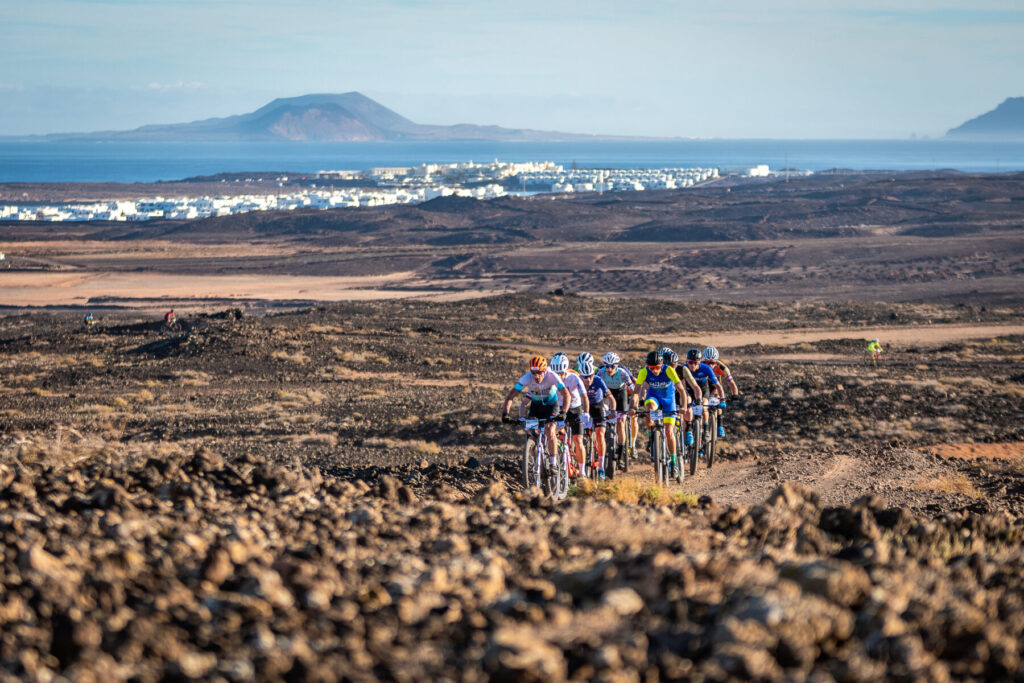 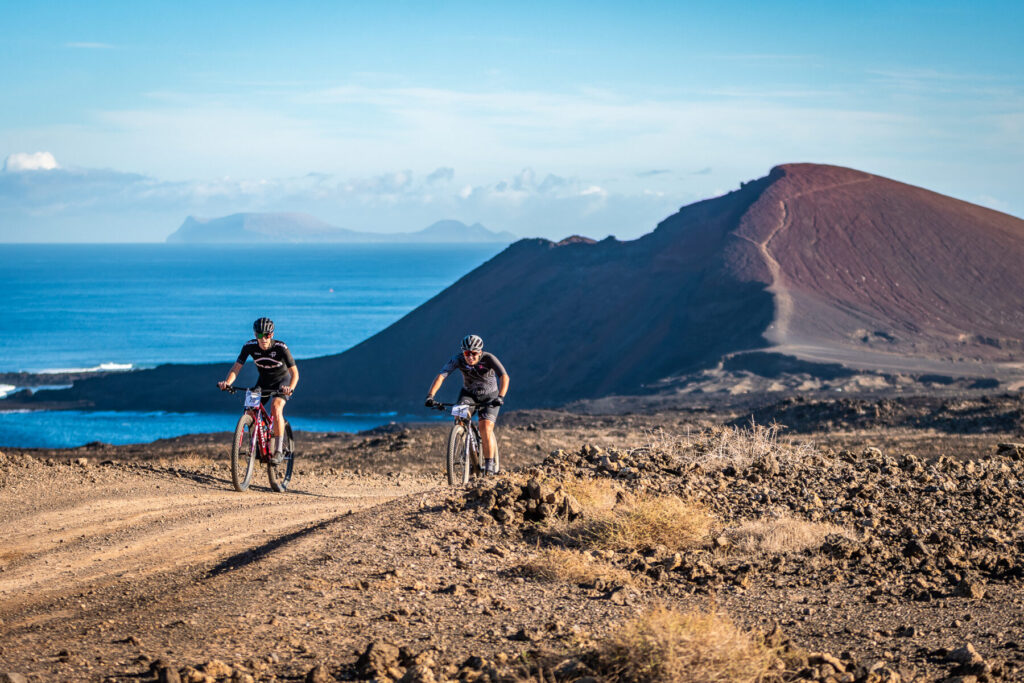 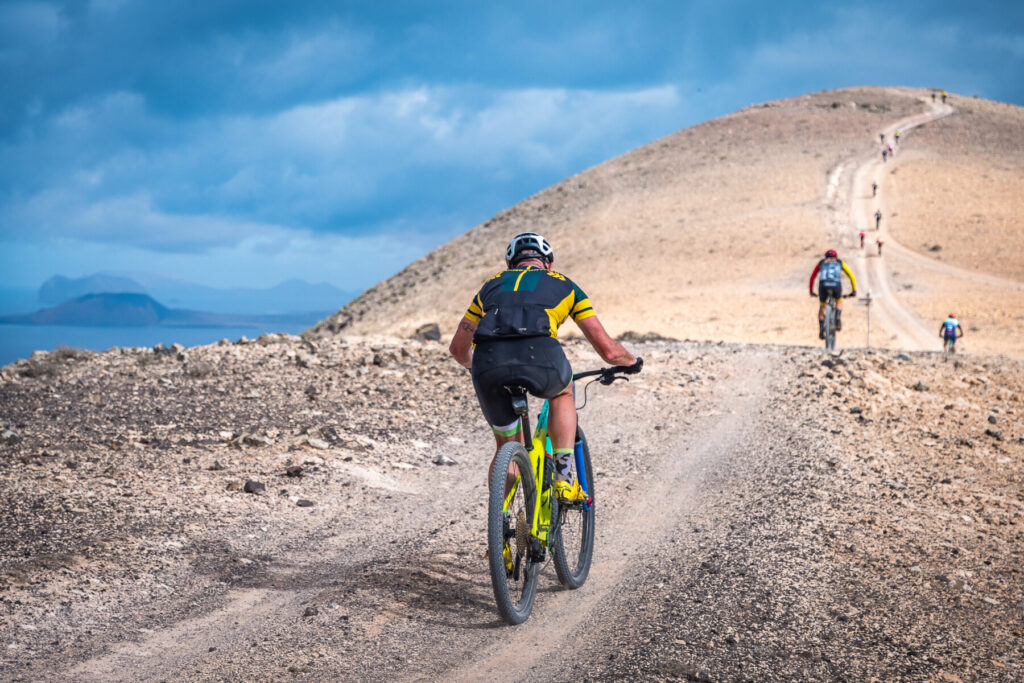 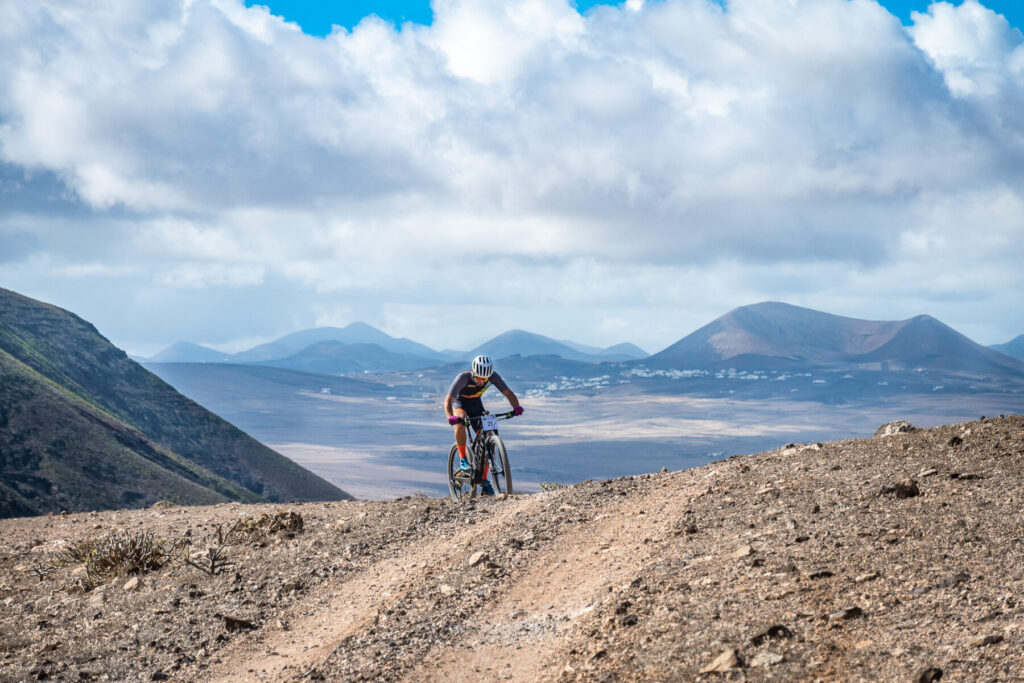 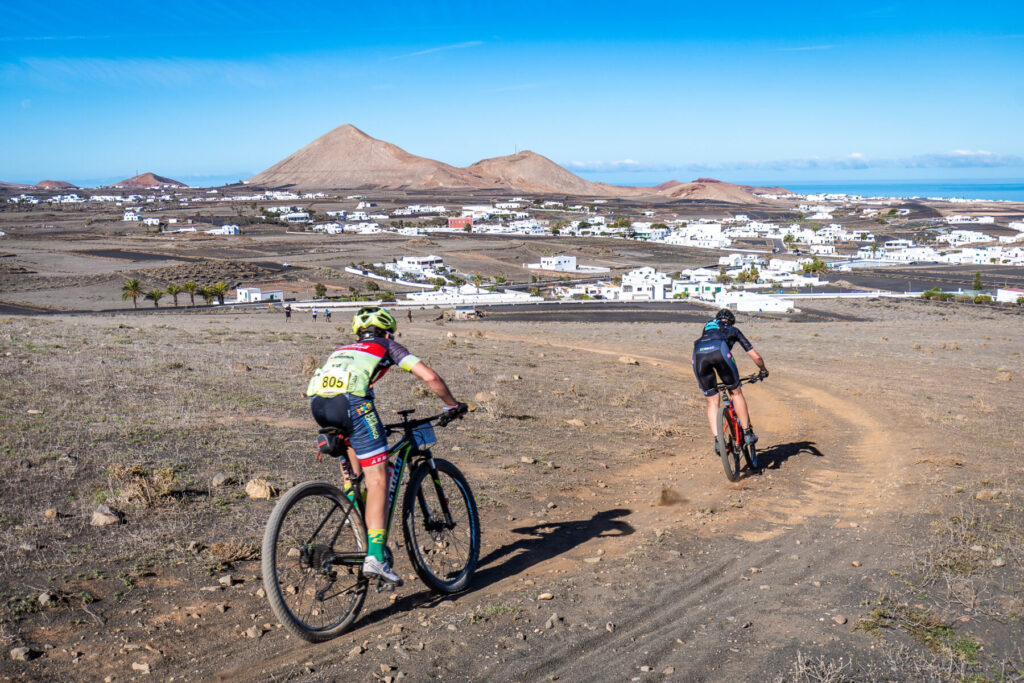 The huge logistical and organisational work also ensured safety during the competition. The 4 Stage MTB brought together more than 600 people, including participants, organisers, volunteers, security personnel and fans. All of this followed a strict health protocol approved by the health authorities, which allowed the event to take place normally and completely safely.

The different stages of the race were enjoyed with no glitches in a competition in which 90% of the route is off road, the best possible way to connect with nature in a Biosphere Reserve such as Lanzarote. The bikers enjoyed sport, nature and adventure to the full as they travelled over a large part of the island which, as must be expected, also offers a mountainous course through numerous localities. La Santa, Tinajo, Tao, La Vegueta, Mozaga, Los Valles, Caleta de Famara, Muñique, El Mojón Los Valles and Teguise were some of the places where the participants found that special connection between mountain and beach, nature and sport, tourism and competition.

Twenty editions of the 4 Stage MTB Race Lanzarote have already been held, and the weather was also good this time. Despite being held in the middle of winter, the riders enjoyed average temperatures of 21ºC, meaning they could leave their cold weather gear at home and put on their summer uniforms. The wind grew as the days progressed but it never got in the way of enjoyment. 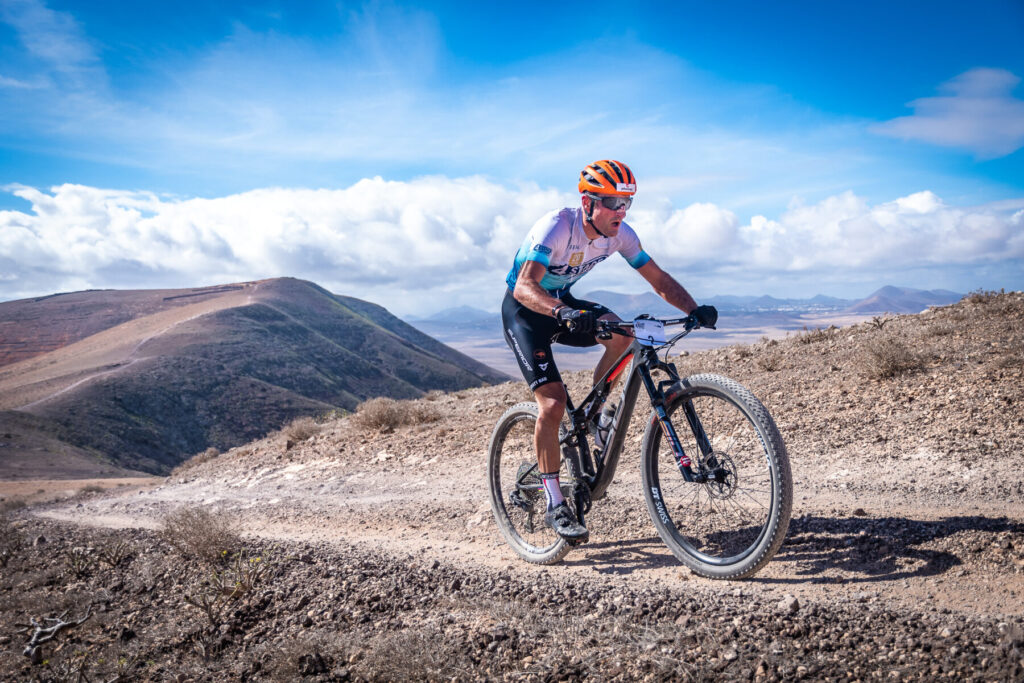 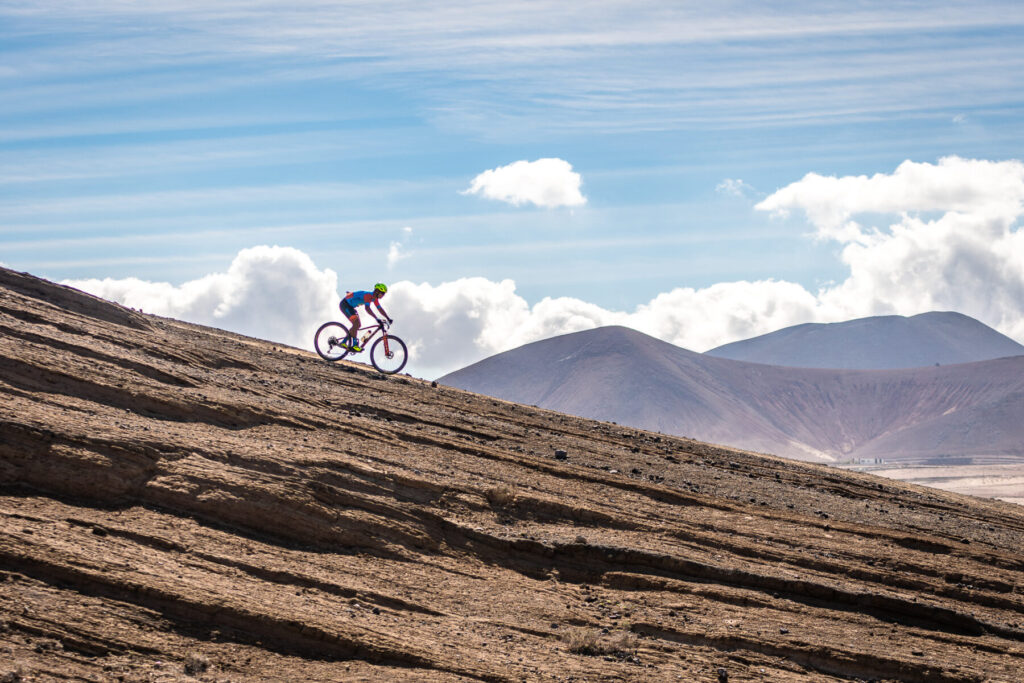 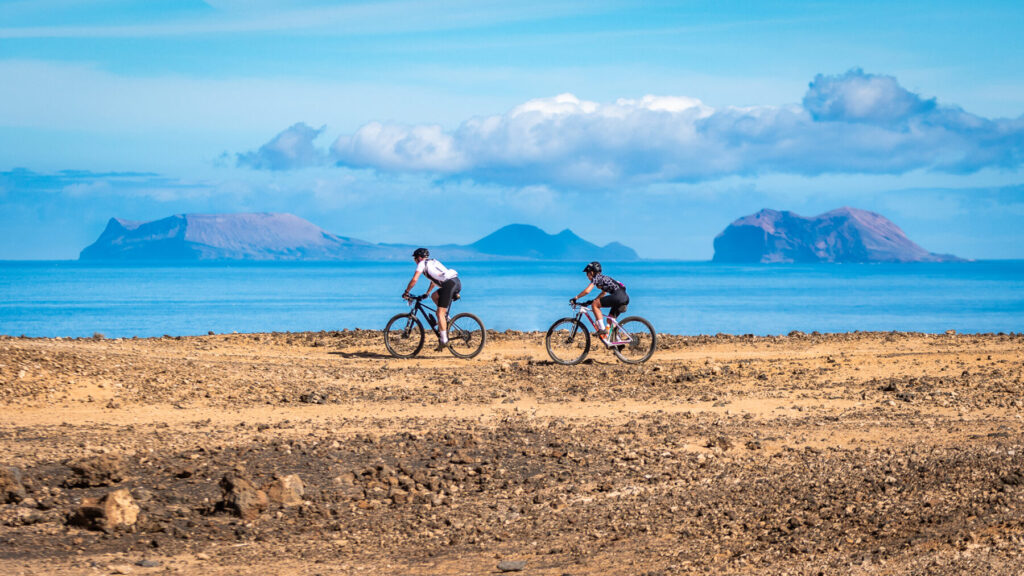 The excellent weather conditions were appreciated by participants from all over the world. On this occasion, the colours of the flags of countries like Denmark, Switzerland, Holland, Iceland, United Kingdom, Italy, Portugal, France, Andorra, Cuba, Ireland, Romania and Brazil waved in the wind, with good participation from different locations on the Iberian Peninsula from athletes that sought to test their physical endurance against the spectacular backdrop of the landscapes of Lanzarote.

Furthermore, in terms of competition, the 4 Stage MTB Race Lanzarote has the advantage of offering several modalities. During the four days of the competition you can enjoy uphill, downhill, speed and endurance races.

On the 22nd of January, on a sunny morning with hardly any wind, the starting signal was given for the 42-kilometre race which started and finished at the prestigious Club La Santa facilities. Meanwhile, on the 23rd of January, the course was extended to cover 59 kilometres, reaching an elevation gain of 967 metres with the Montañas del Fuego of the Timanfaya National Park as a witness. 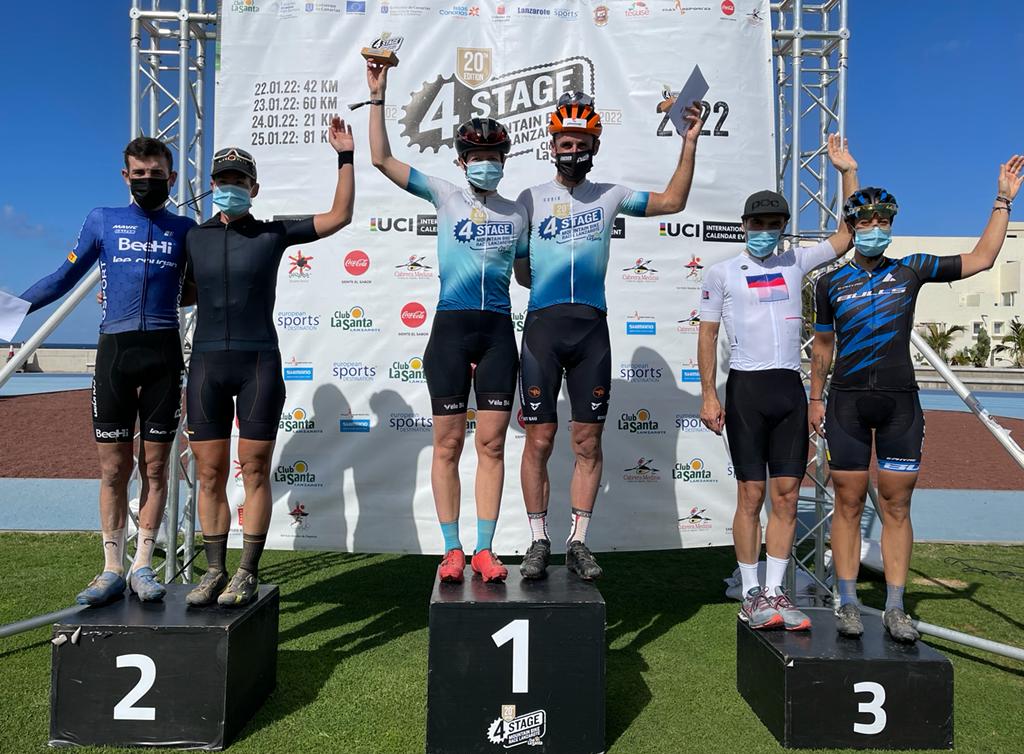 The third stage served to continue to surprise the participants with different landscapes. The cyclists set off from Caleta de Famara to the Ermita de las Nieves, in a time trial of 20.6 kilometres. The finishing touch came on the last day, the most demanding, with an 81.6-kilometre course and an altitude difference of 1633 metres, involving 10 kilometres of constant ascent.

Karl Mark, Víctor Manuel Fernández and Ismael Ventura, together with Ann-Dorthe Lisbygd, Irina Luetzelschwab and Tessa Kortekaas took the podiums in the men’s and women’s categories respectively in a 4 Stage MTB Race that Lanzarote was able to offer to everyone.