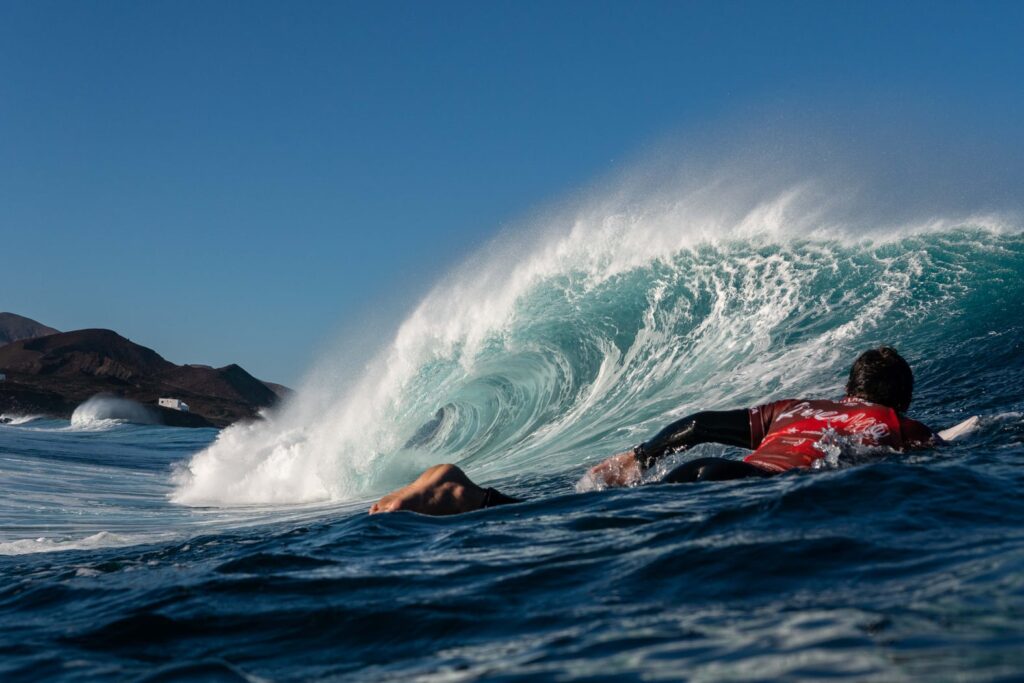 It doesn’t have to be summer to enjoy one of the best surfing events in Europe under the hot sun, as was demonstrated on the 30th and 31st of December, when the Quemao Class by Billabong was held, putting the finishing touch to Lanzarote’s sporting year. After two days of surfing competition and with more than 60 riders from all over the world chasing victory, the Basque Natxo González (surfing) and the Gran Canarian Lionel Medina (bodyboarding) took the coveted champion’s trophies. 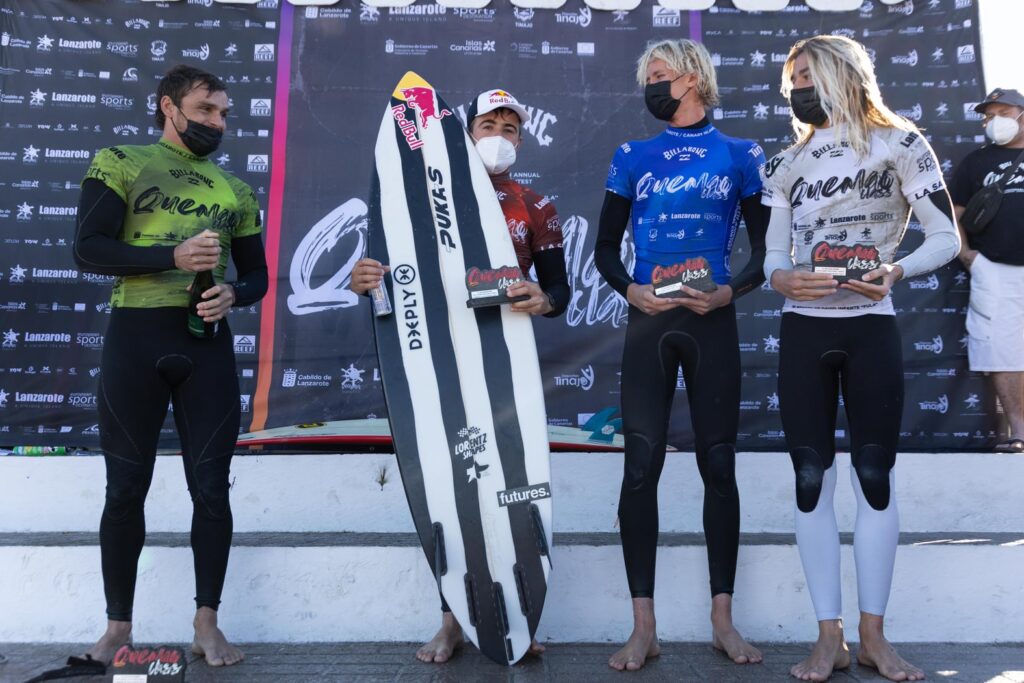 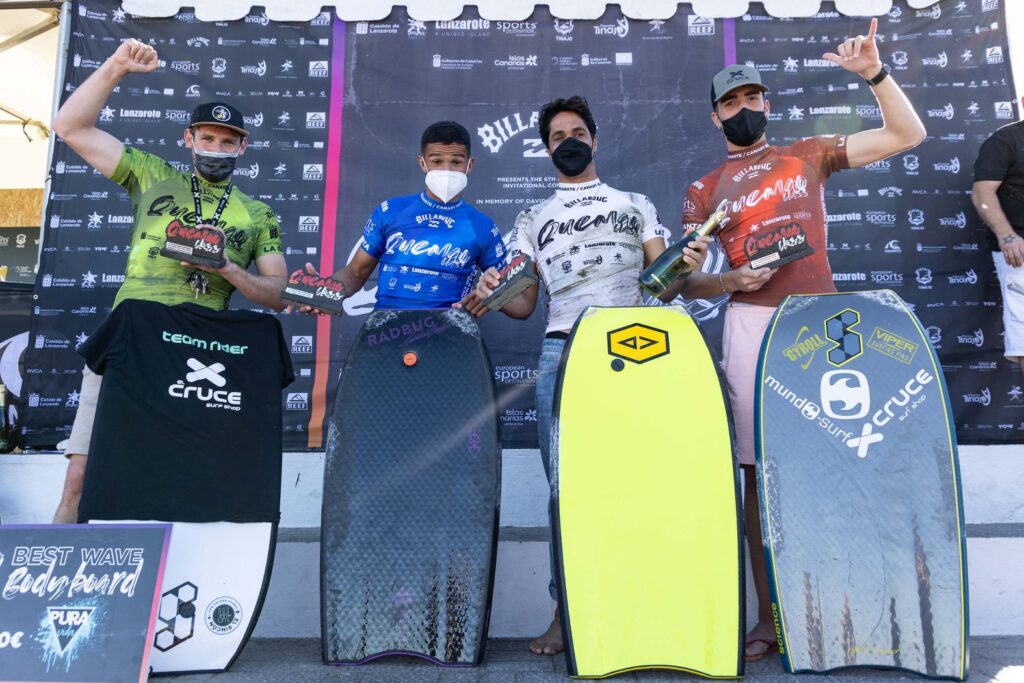 The event was created in memory of David Infante “El Fula”, who lost his life in the Quemao wave in 2009, after which his friends decided to remember him every year with the celebration of this invitational championship.

The Quemao wave is considered one of the most perfect on the continent, but it requires specific weather conditions to be seen at its best. That’s why the event doesn’t have a fixed calendar date but is prepared with a waiting period and different alerts that can keep the entire surfing community on tenterhooks for several months. 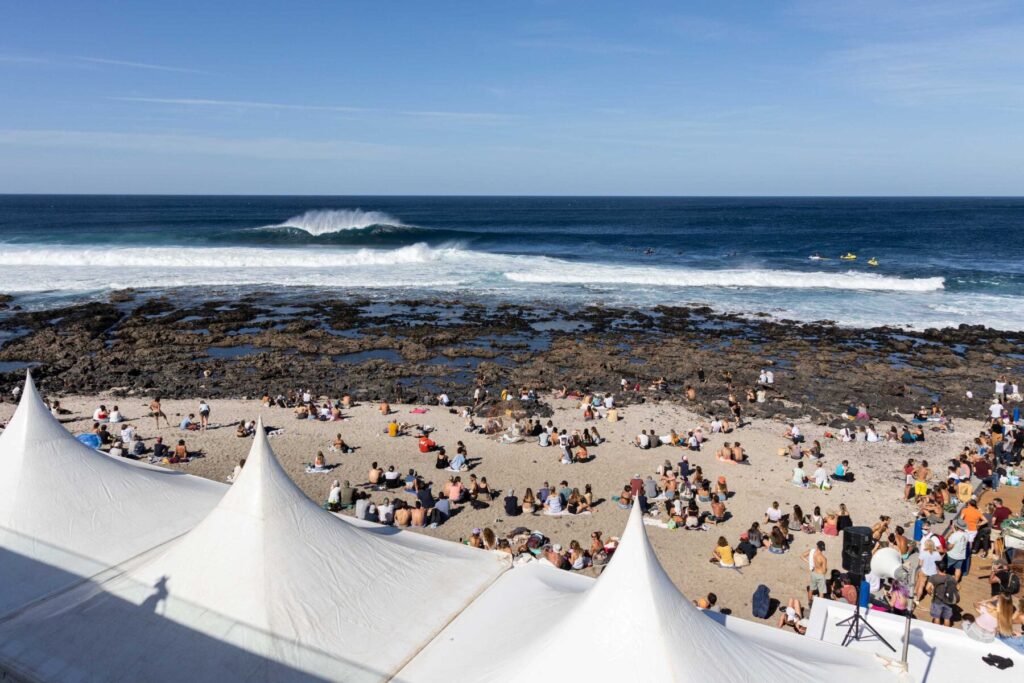 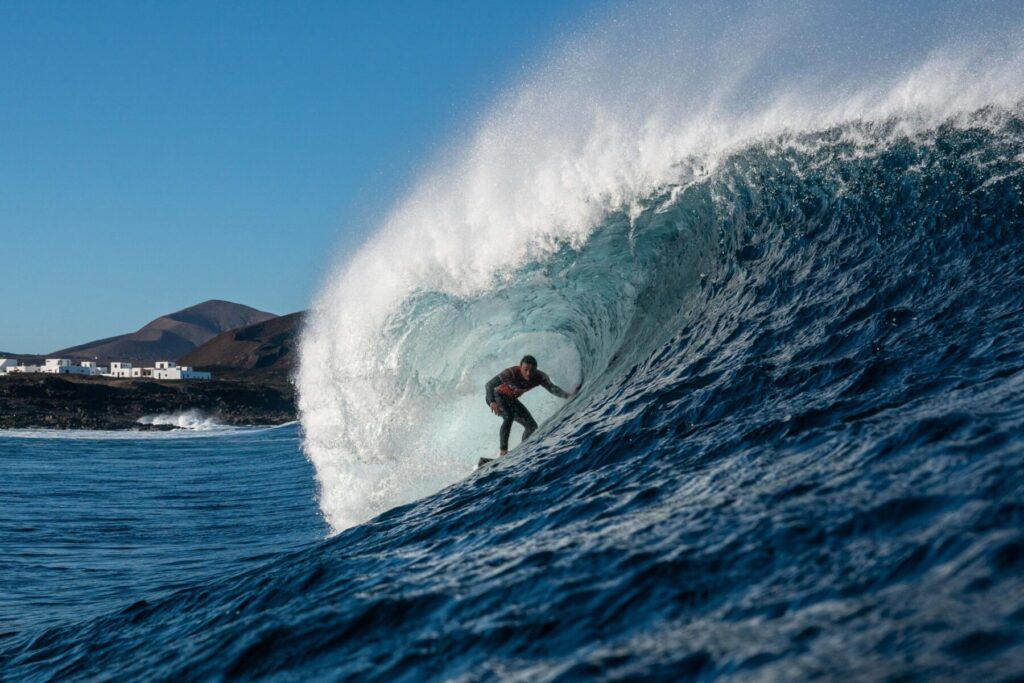 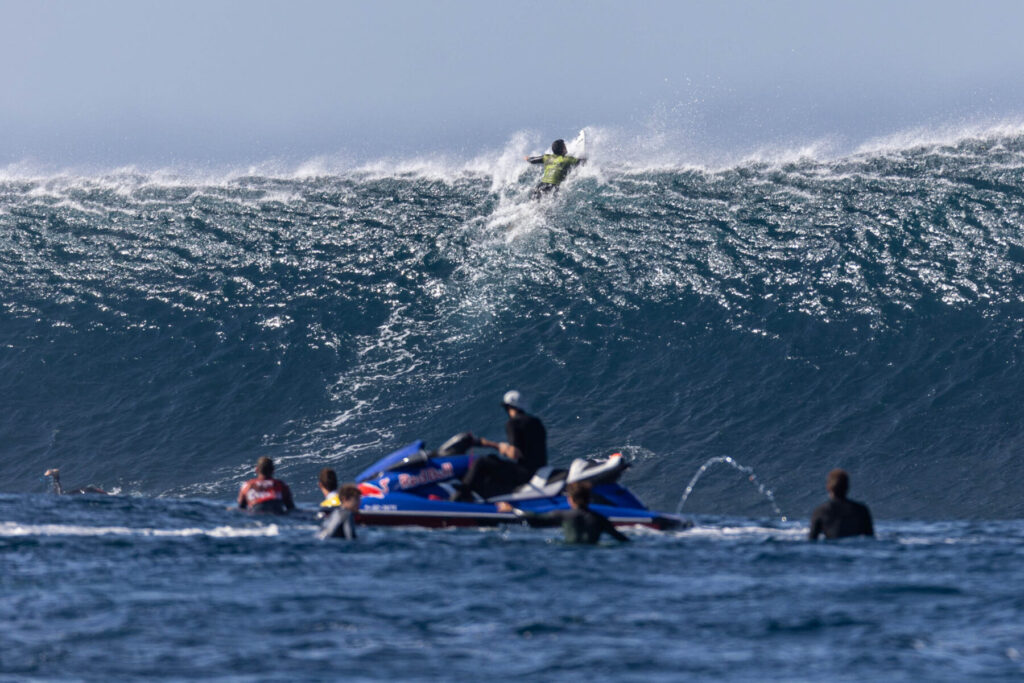 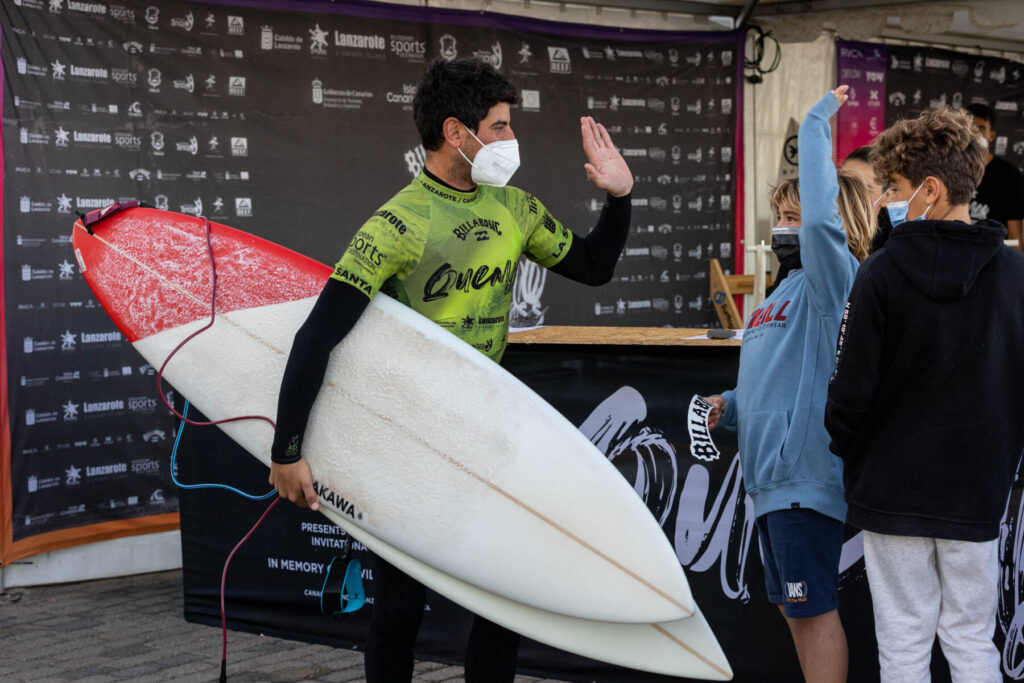 The wave that stars in this event is generated about 100 metres from a small avenue located in La Santa, a fishing village that exchanges its peace and quiet for two days to host the championship. This small town is one of the secrets of the success of the event; the friendliness of its people, the beauty of its traditional architecture and the great gastronomic offer come together to make surfing another excuse to enjoy the charms the place has to offer.

In addition to the Quemao wave, the northeast coast of the island has other locations that are ideal for surfing. The Izquierda de La Santa, for example, located very close to Club La Santa, is one of the most visited, receiving local and foreign surfers 365 days a year. 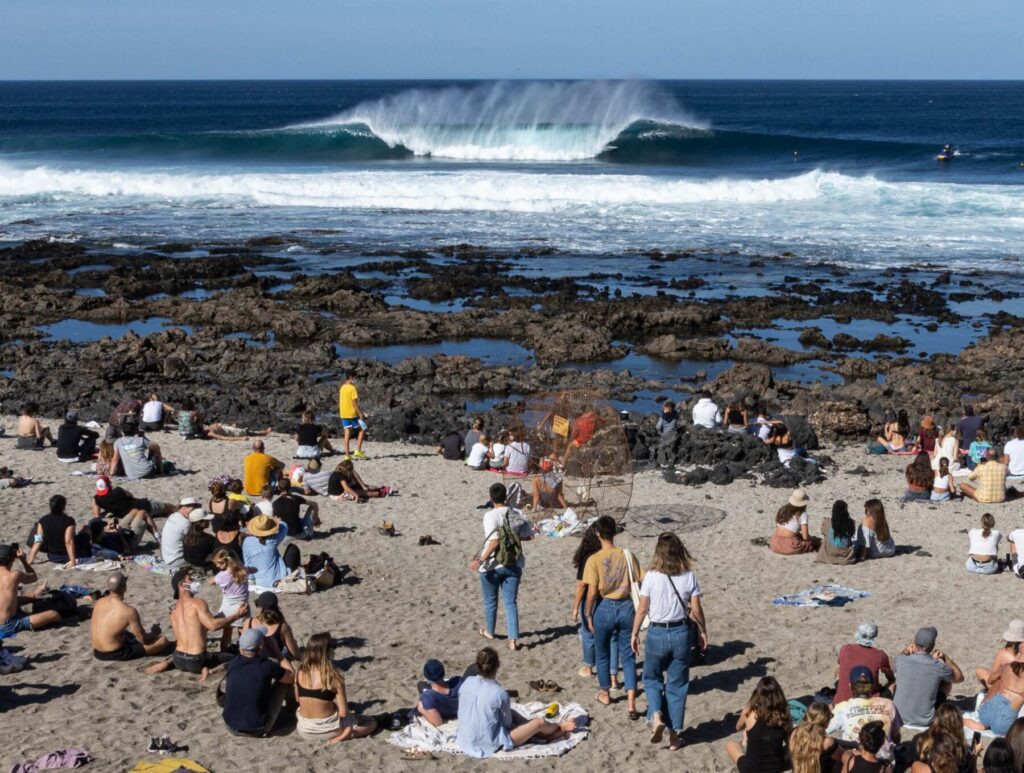 It seems incredible that surfers from all over the world will travel to the island, having been warned a week before the event, but the event and the place are worth it. One of the regulars at this event is Aritz Aramburu, considered to be one of the best Spanish surfers in history and who, in addition to the appointment in La Santa, is regularly seen in different parts of Lanzarote and La Graciosa enjoying his board.

But in the Quemao Class there is also room for the locals who always put on good performances. José María García, Manuel Lezcano, Paul Lecouey and Ricardo González were part of the spectacle in this edition of the Quemao Class, advancing to the final rounds of the competition.

You can see the final results of the championship at quemaoclass.com.

After the championship was over, Fran Saenz, local surfer and organiser, said “after these last years that we have experienced, it has been really exciting to celebrate and enjoy this event, together with the response and support from the whole town of La Santa, the public and the competitors, and the quality of the waves. We would like to thank everyone who helped us to make it happen. We’ll be back next year.“