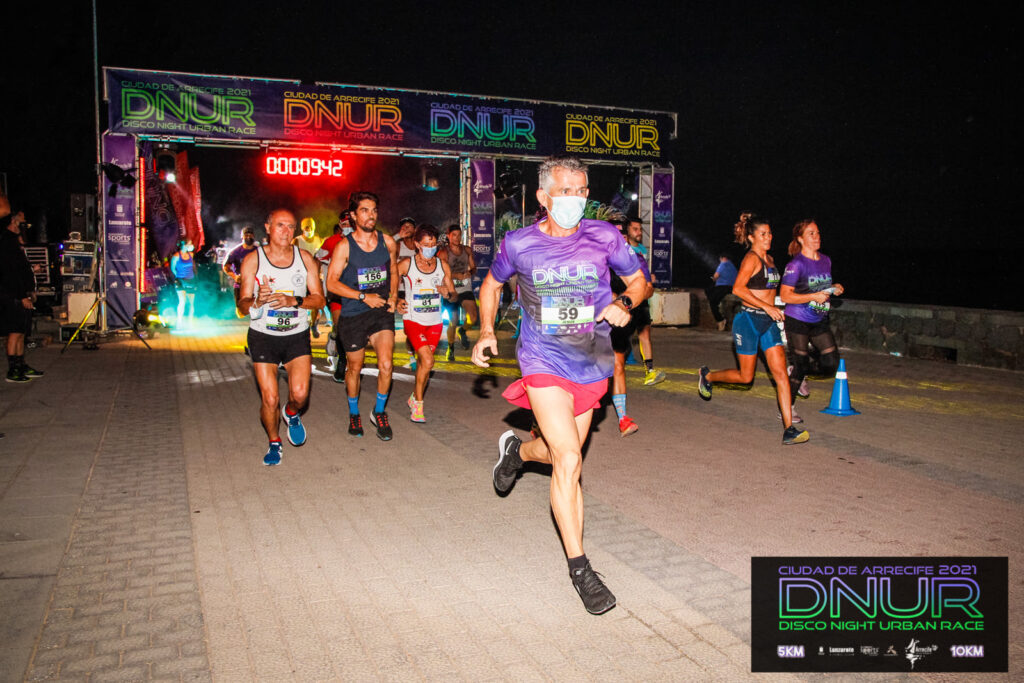 The island’s capital hosted a new edition of this unique sporting event.

Lanzarote’s capital was once again the backdrop to an athletics party with the celebration last Friday of the Disco Night Urban Race. Hundreds of participants did not want to miss out on one of the most unique races on the island – the night, the lights, the music and the atmosphere are all unique in this 5 and 10 km race.

The organisation, headed by the Olympian José Carlos Hernández, was forced to bring forward the day of the race due to the weather alert for high temperatures decreed by the regional government, but that was no hindrance to the celebration of a great sporting and social spectacle on Arrecife’s seafront promenade. 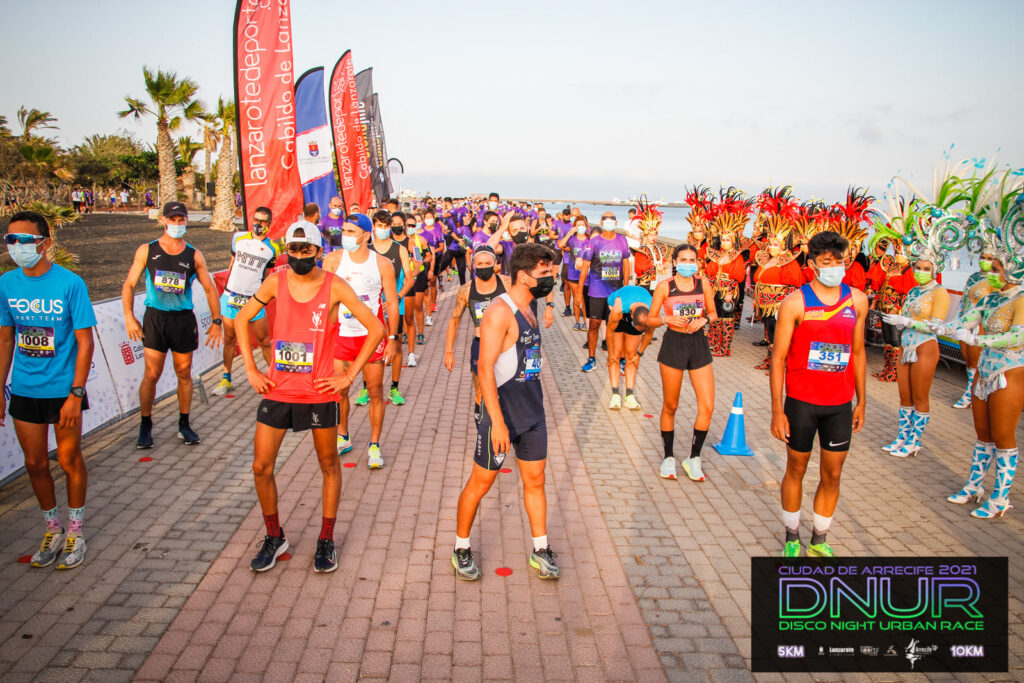 The race changed location in this eighth edition to comply with the new health protocols and participants had to wear a mask before the starting gun and after crossing the finish line. These measures were well received and complied with at all times.

At 7 p.m., and after the warm up led by Zumba Lanzarote, the first group of runners in the 5 km race set off; an hour later it was the turn of the rest of the participants in this modality. In the men’s category, the best time in the 5 km was achieved by Antonio Jesús González “Lucho” from Lanzarote, followed by Yerobe Rodríguez and Marcus Knight. In the women’s category, the first place on the podium went to Naiara Pérez, with Sara Rivas in second place and Lucia Cantos in third. 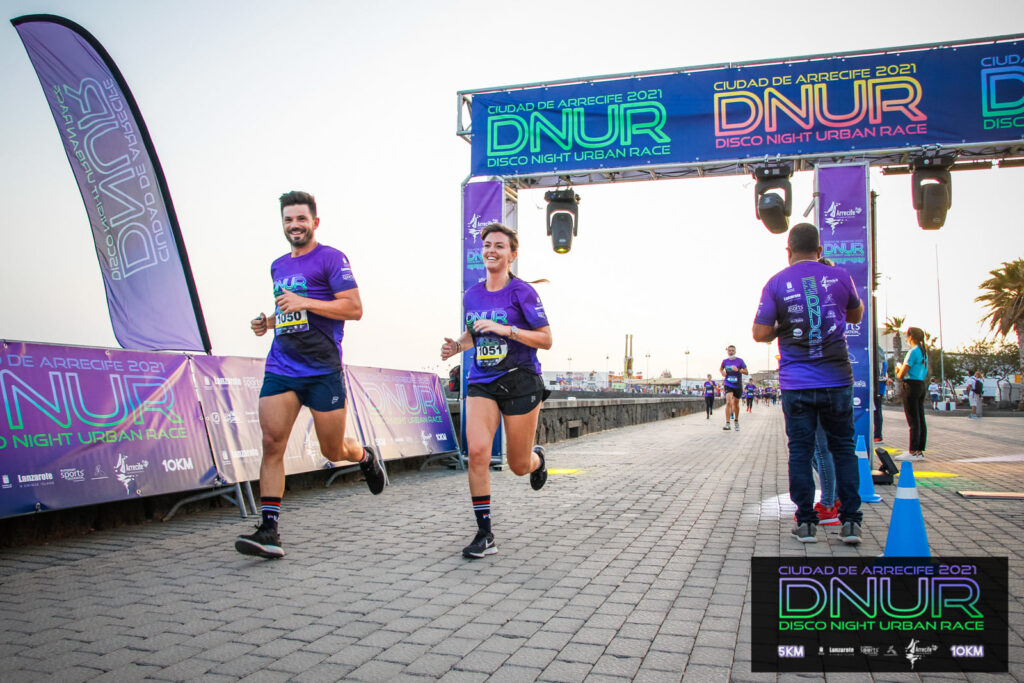 At 9 p.m. it was the turn of the participants of the 10 km race, and with the night as the protagonist, the true essence of this event could be experienced. Francisco Cabrera was the fastest over this distance, dominating at all times and pulling ahead of his rivals in the final metres. Second place went to Saúl Castro and the podium was completed by Tinguaro Quintero. Carlota González, from Tenerife, was the first woman to reach the finish line, followed by Sandra Trujillo and Ali Hardie. 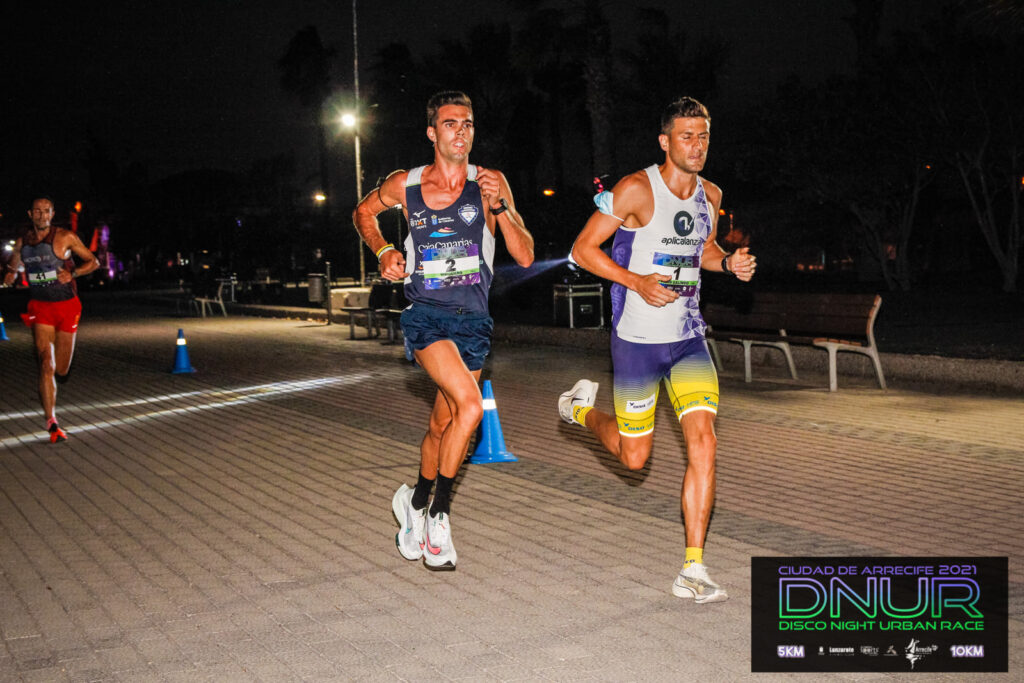 All the participants collected their medals with a big smile on their faces, satisfied with having achieved their goal of reaching the finish line and despite the last minute setbacks, they all thanked the organisers for holding this edition of the event. José Carlos Hernández apologized to all those who could not be there this year due to the sudden change of date and thanked all the participants and institutions for having made it possible to hold yet another edition of the Disco Night Urban Race Ciudad de Arrecife. 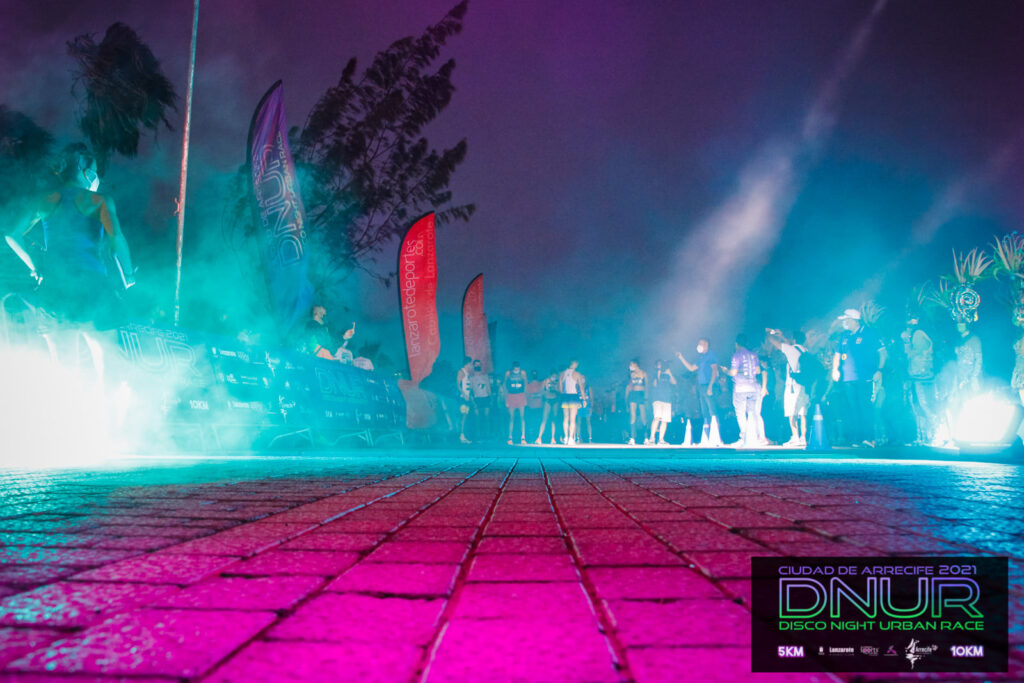