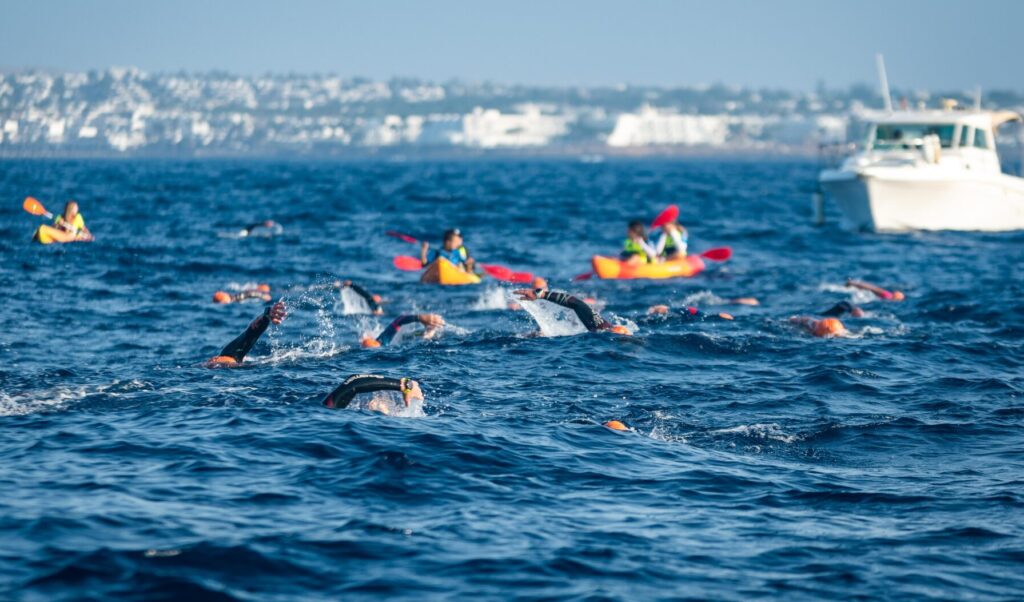 The long awaited XXI La Bocaina International Crossing was held last weekend and exceeded all expectations. From the start in Playa Dorada to the arrival at Corralejo there was a festive, fun atmosphere and at the same time, a feeling of relief on experiencing the return of a special competition after its suspension last year.

The brothers Eneko and Joseba Saezmiera were the first to reach the finish line after a little more than four hours of swimming between Lanzarote and Fuerteventura. Alienor Izarzugaza completed the 15 km crossing in four hours and twenty-eight minutes as the fastest woman in this edition.

The municipality of Yaiza again demonstrated why every year there seems to be no limit to the number of followers of this form of sports tourism. The desire to hold this twenty-first edition of the La Bocaina International Crossing was obvious. As usual, the weather also accompanied the day of the race, which together with the number of spectators and the good organization that ensured the safety and implementation of appropriate health measures, led to an unbeatable atmosphere in Playa Dorada.

From early morning the temperatures were kind to swimmers and spectators with that mild climate so characteristic of the south of the island, with the day warming up as the morning progressed. The same thing happened with the wind – that flow of Lanzarote air that always gives so much play in different competitions, but which this time seemed to have waited until the weekend to give a respite to the long-awaited Saturday so both participants and spectators could enjoy a special weekend. 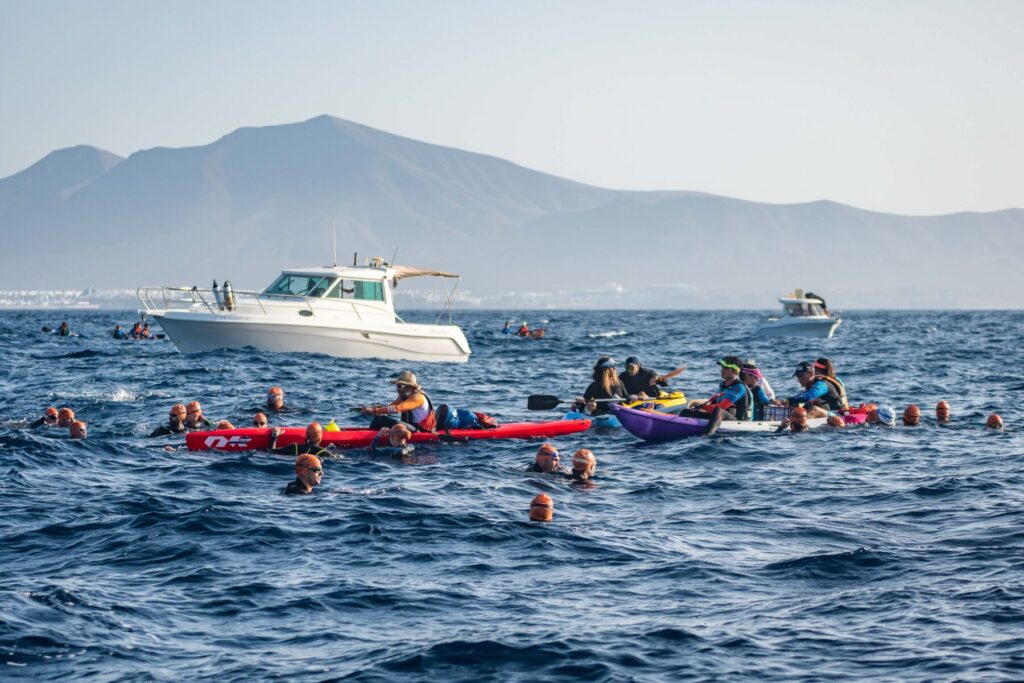 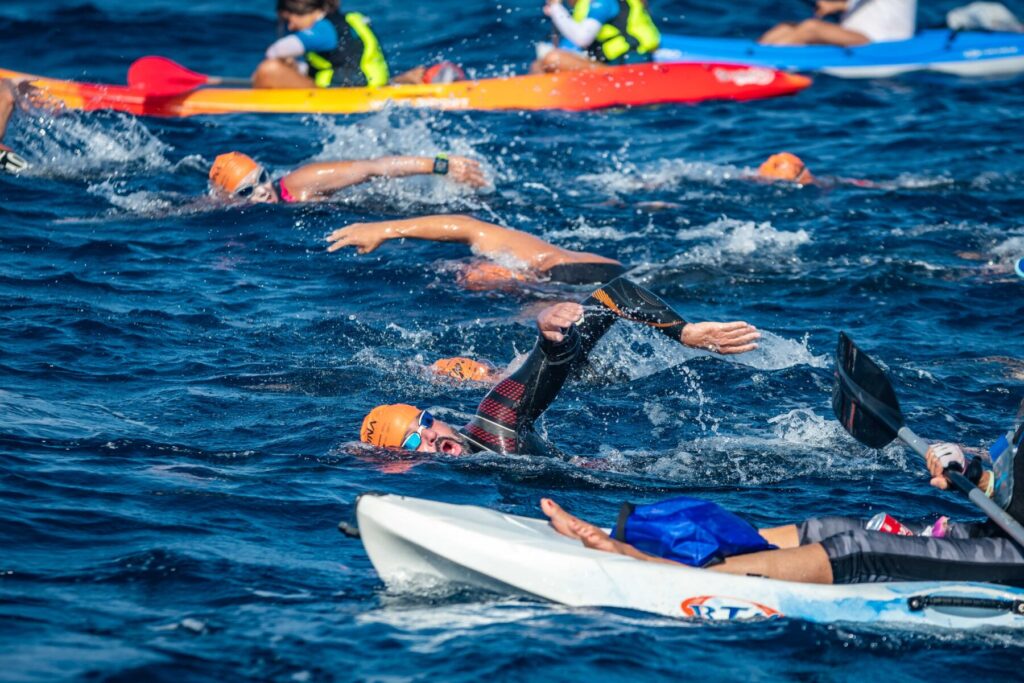 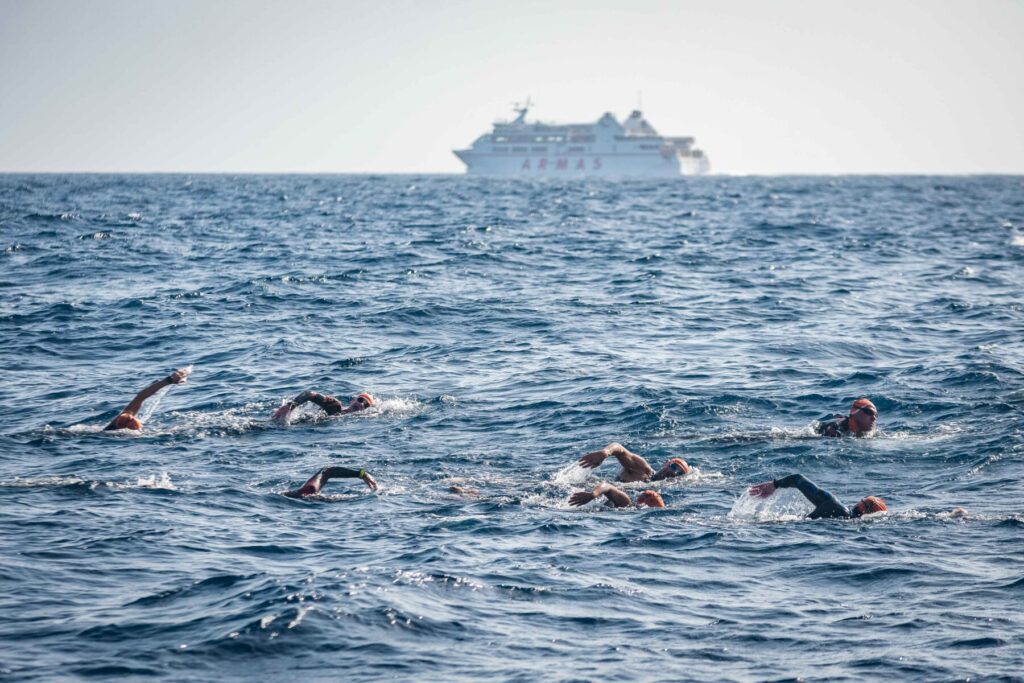 First thing in the morning, at 8 a.m., it was the turn of the Slow group to start, followed ten minutes later by the Medium group, and then the Fast group left at 8:20 a.m. This ensured plenty of excitement in the race, with all participants connected, eager to have fun and reach the coast of Fuerteventura. It’s also worth mentioning the Challenge modality, very colourful and catching the spectators’ attention, in which individual swimmers covered the stretch always accompanied by a kayak.

Special mention goes to Gran Canaria’s Sergio Medina, who at 69 years old completed his sixteenth participation in the Slow group and declared upon arrival at the finish line that it would be his last La Bocaina International Crossing, “I want to manage my strength now for shorter crossings, but I enjoyed this race right to the final stroke and next year, even though I won’t be participating, I hope to come to encourage all participants,” proof of the commitment and the unconditional approach that is usually seen in every participant.

Among the more than thirty swimmers in the middle group was Alienor Izarzugaza, who would get the best female time, and she confirmed the fantastic atmosphere and the welcome that this crossing offers, “I came to do the race with three friends to enjoy ourselves.” After the first kilometres “I saw that I could go at a faster pace, so in the first refreshment post I joined the other group. Izarzugaza mentioned that she had prepared for the race in a club in Paris, where she lives. 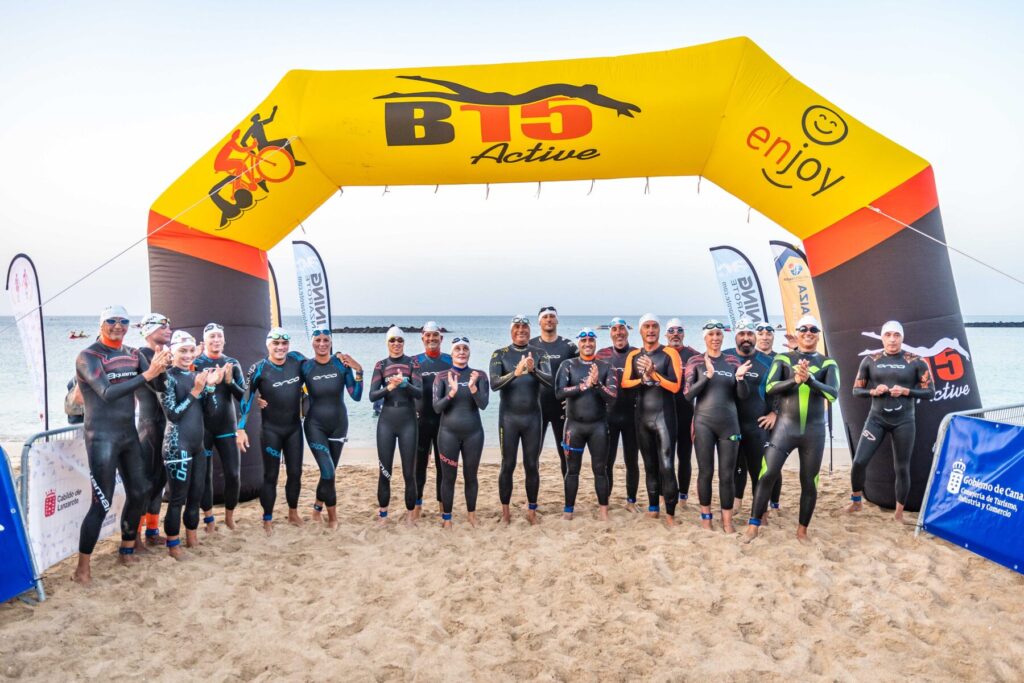 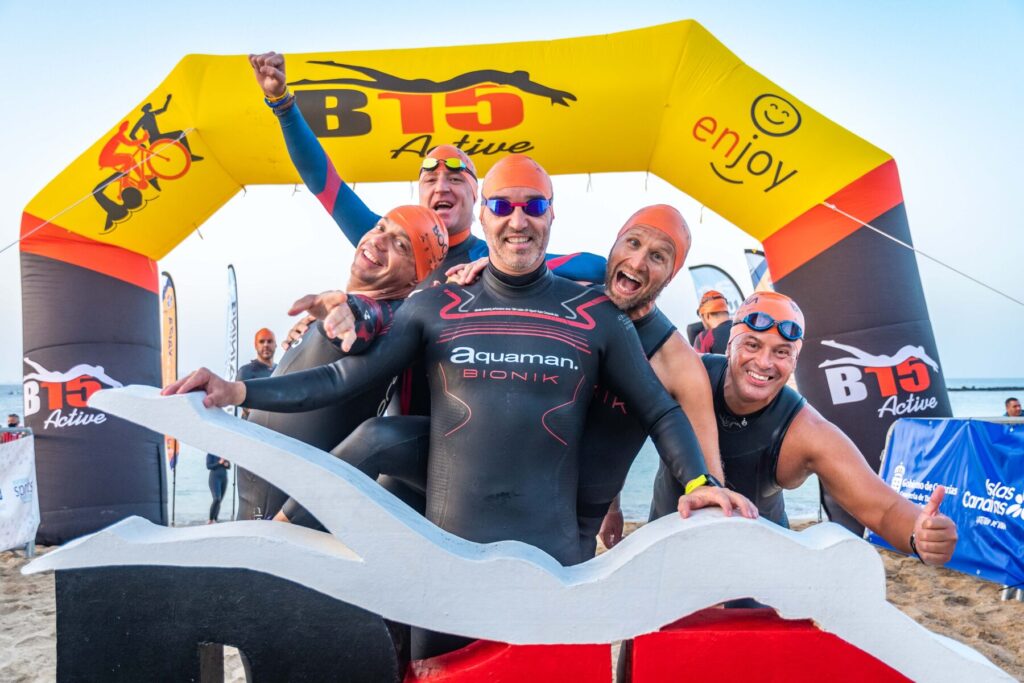 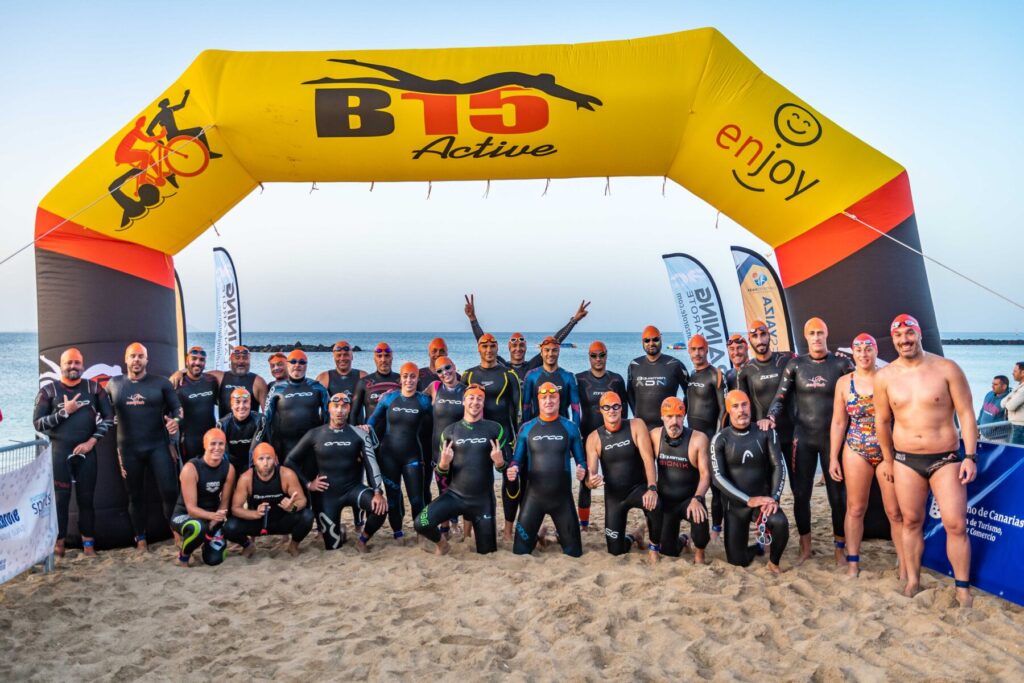 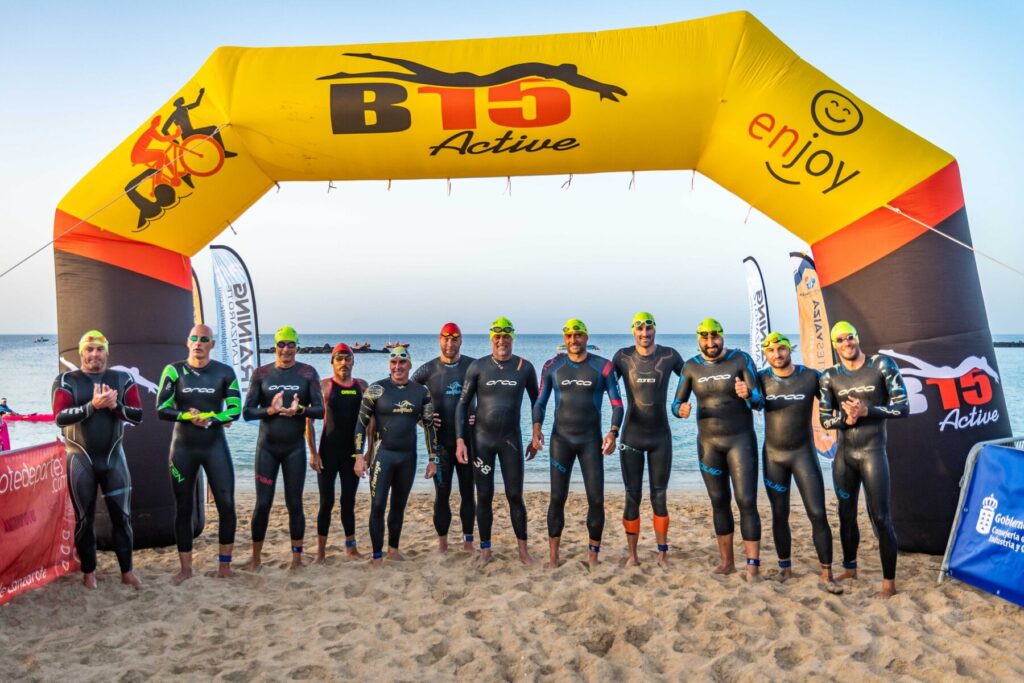 The winner of the race would come out of the Fast group, this year a shared triumph between Eneko and Joseba Saezmira, who came in more than seven minutes ahead of the swimmer in second place. Saezmira said that “I worked in the last kilometres with my brother, but I did not expect us to reach the finish line with such an advantage.”

In addition, he shared a curious episode that is another demonstration of the many charms that this competition has, and it is that both brothers claimed to have seen a turtle while swimming, something that is not very common and that delighted them. Of course, the Saezmiera brothers also confirmed their return for the next edition. 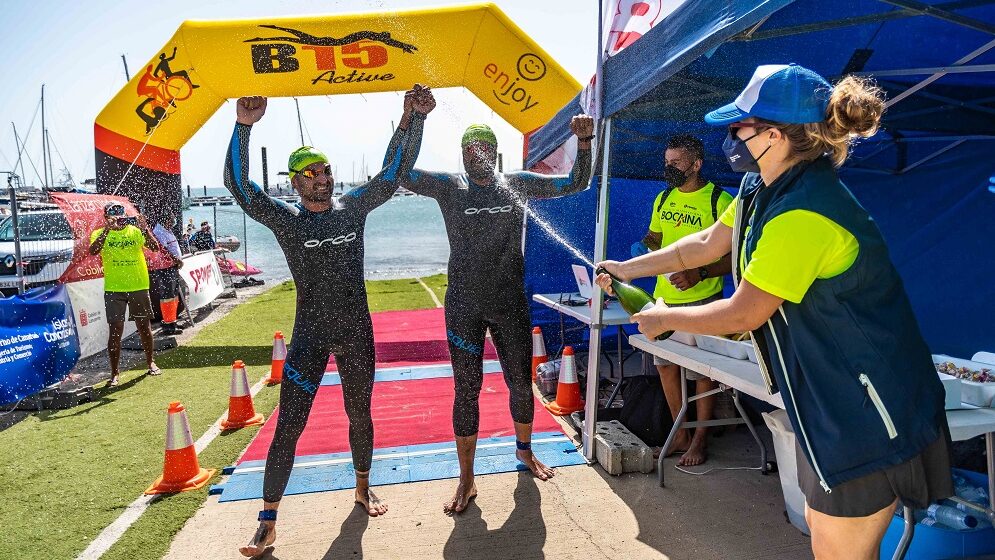 So at last, the La Bocaina International Crossing was able to celebrate its XXI edition, an event marked in red in sporting calendar of athletes both at home, and in other autonomous communities, and even internationally, since there is an increasing number of foreign athletes who seek and find in Lanzarote a place to spend their holidays, while practicing one of their favourite hobbies. 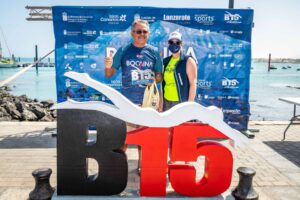 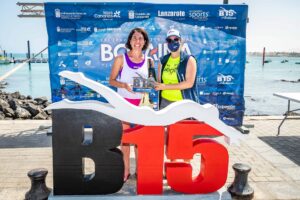 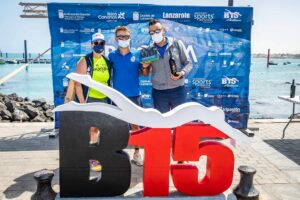 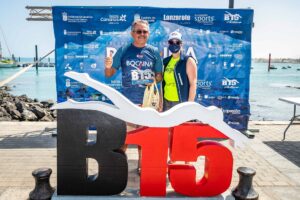