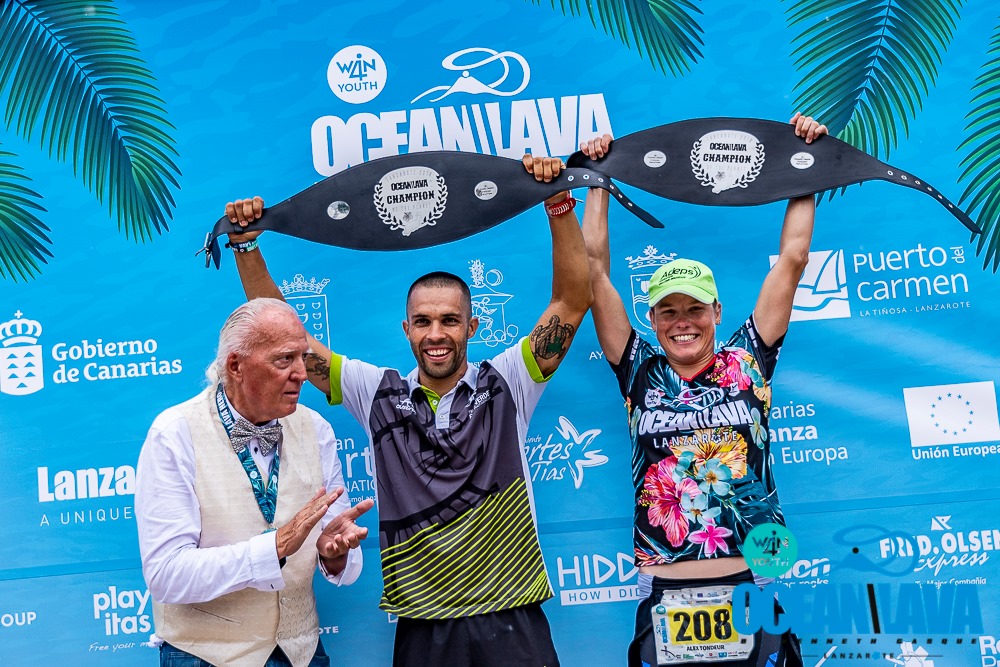 The X Ocean Lava Lanzarote Triathlon started on Saturday at 9:00 a.m., with the swimming competition for athletes facing the Middle Distance. The first to come out were the boys, while the girls came out moments later. The news that a plague of jellyfish was forcing several triathletes to withdraw due to the bites was quickly released, and therefore, the organization had to react quickly, modifying the route for the other categories. This way, they used the alternative route, foreseen in the safety plan of the competition. 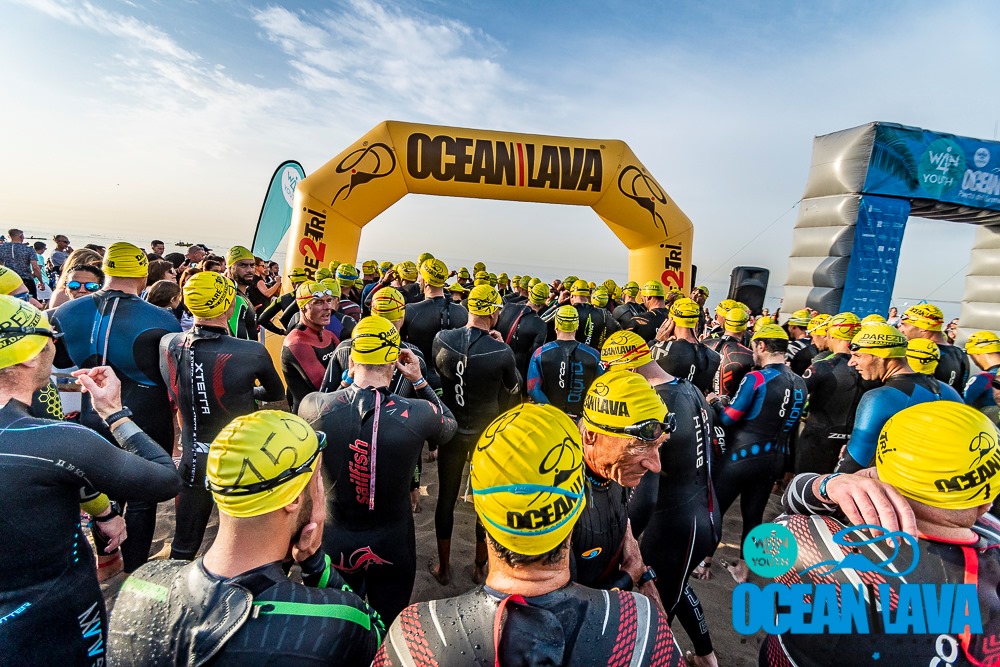 Luis Hernández and Alex Tondeur win the half distance

Canarian triathlete of CT Pejeverde, Luis Hernández, was one of those who dominated the race from the start, escaping from his competitors and completing a total of the three distances in 04:10’28”. He shared the podium with Pavel Castro from Tenerife, who reached the finish line 13 minutes after Hernández, and Jairo Pérez, who arrived 16 minutes after the winner of the race.

Belgian Alex Tondeur completed an impressive race, coming out of the water with a wide advantage over her immediate follower. Along the different parts, her advantage continued to increase, completing her triathlon in first place of the women’s category, and fifth place overall, with a time of 04:29’59”, 19 minutes from the men’s category winner. Zaira Lorenzo came second place, reaching the finish line almost 15 minutes after (04:43’30”) and Dácil Hernández on third place, stopping the watch at 04:48’25”.

In the Olympic distance, the men’s category was quite close, where we could enjoy the fight of 9 athletes within a range of 10 minutes difference. Finally, Tom Brew of Ronin Brew Sport, took the victory with a time of 02:03’38’. Jose Manuel Hernandez got second place, reaching the finish three minutes away from the winner, while Victor Manuel González Gómez of Todo Por Un Sueño (Everything for a Dream), completed the podium by finishing the competition 6 minutes after Brew.

Jorge Wilkes claims champion of the Super Sprint distance, after a beautiful fight against Harry Holdaway, being the first one to complete all three distances with a time of 33’44”. Holdaway himself came in second with a time of 35’26”, while Will Bloom joined the podium in third place, with a time of 34’00”.

For her part, Leila Thom was the first woman to reach the finish line with a time of 39’48”, in just over 4 minutes ahead from Rebecca Rowe and Sidney Nugent, who arrived in second and third place, respectively.