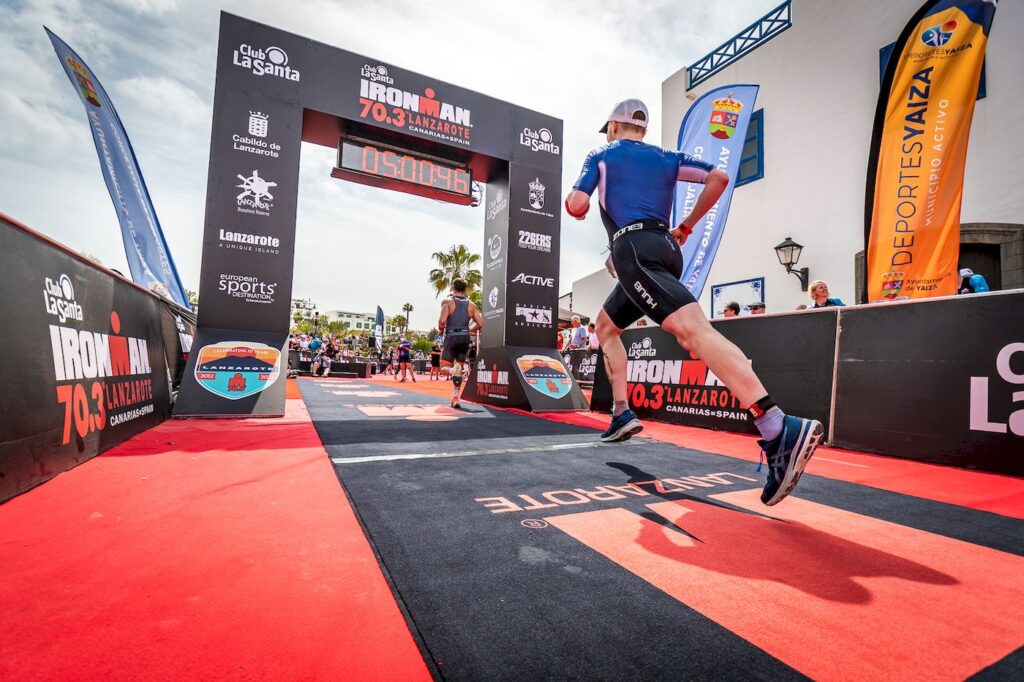 Léo Bergère and Katrina Matthews were proclaimed winners of the Club La Santa IRONMAN 70.3 Lanzarote after an intense race marked by strong, spirited competition throughout, that left images that will be remembered in this tenth anniversary of the event. 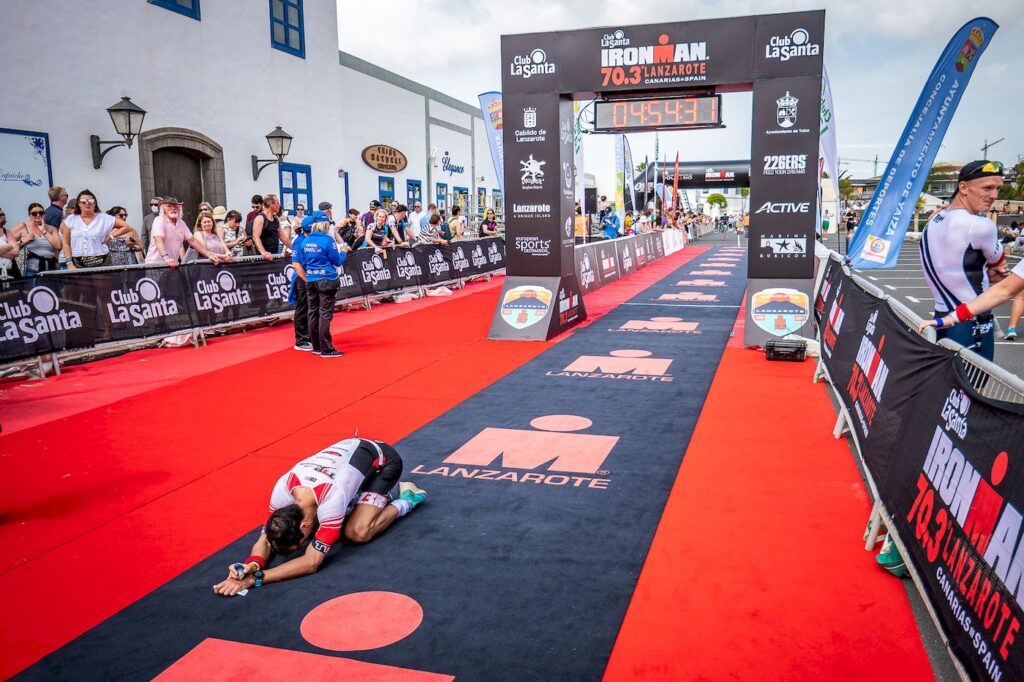 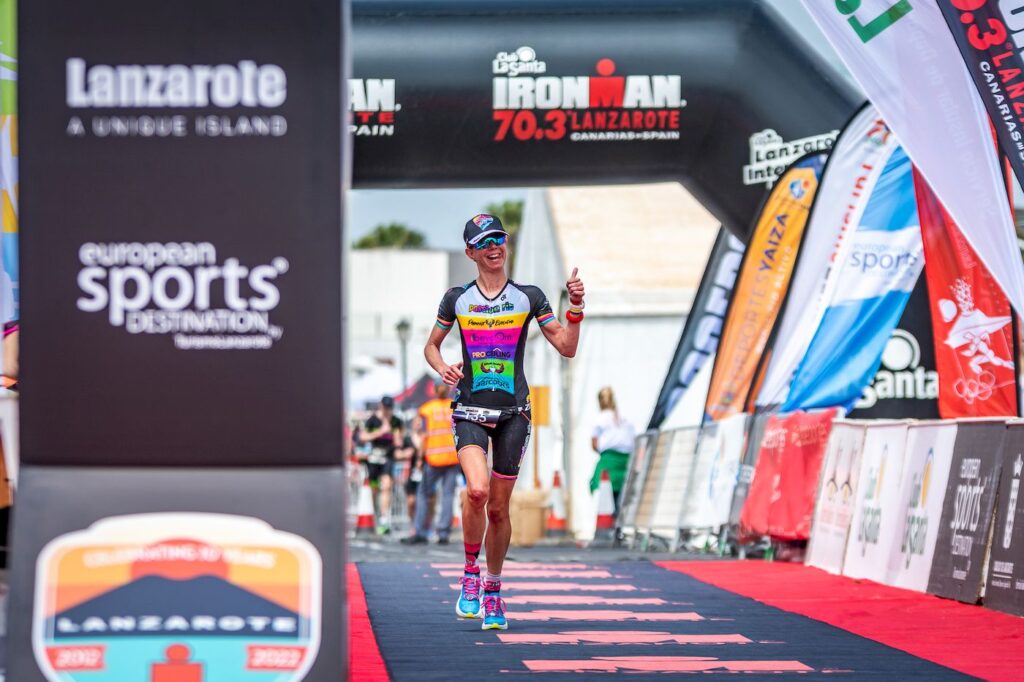 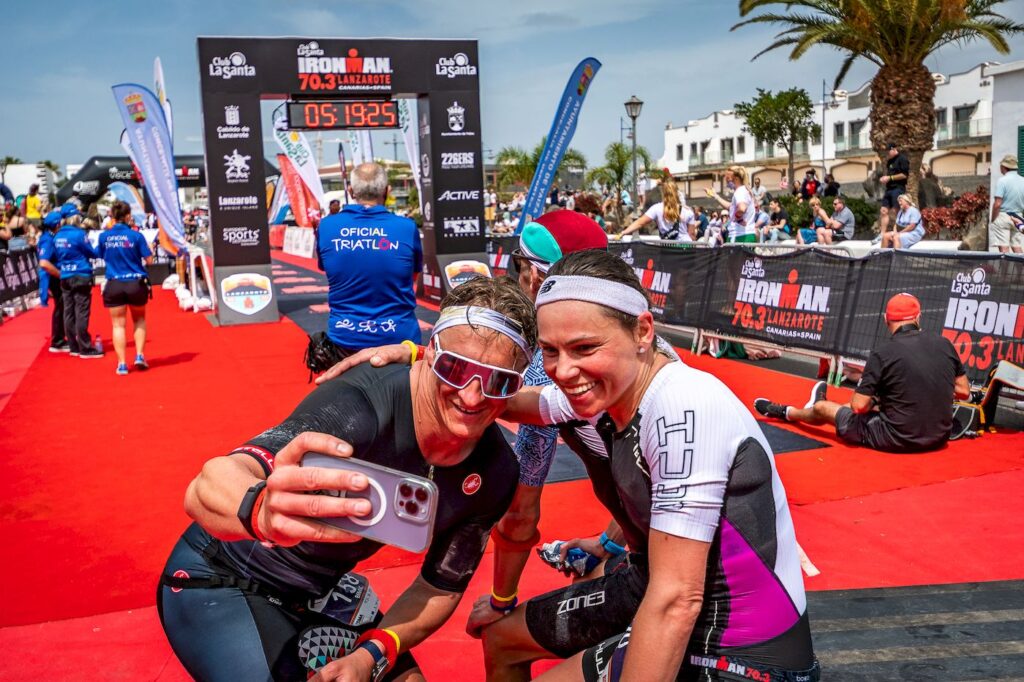 The competition started from Marina Rubicón  at 7:00 in the morning. The 1,126 triathletes took to the water in the ‘Rolling Start’ format to tackle the 1.9-kilometre swim. In this first leg, Kyle Smith took first place and exited the water at Playa Blanca as the provisional leader, closely followed by Germany’s Florian Angert.

In the women’s section, the British athletes Jessica Learmonth and Lucy Buckingham finished this segment practically at the same time and three minutes ahead of their main pursuers, Katrina Mathews and Anne Haug. 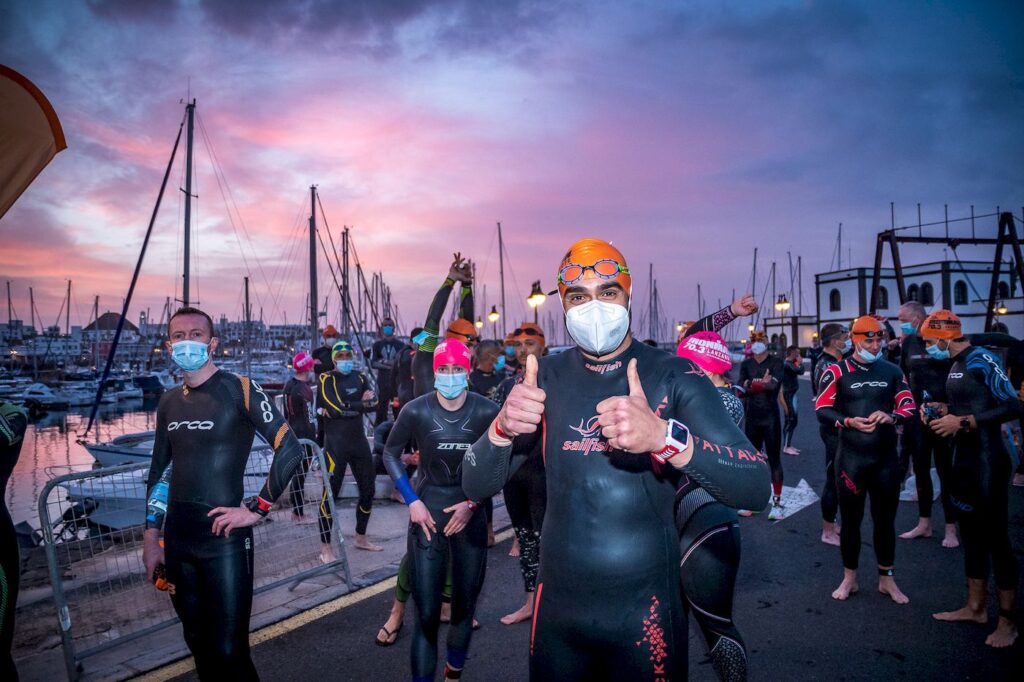 In the cycling segment, Clément Mignon fought a beautiful duel with Kyle Smith to finish in first place. The bike course, which covered some breathtaking and physically demanding places, showed the participants the peculiarities that a volcanic island offers for the practice of triathlon – demanding and beautiful in equal measure, delighting all the participants. 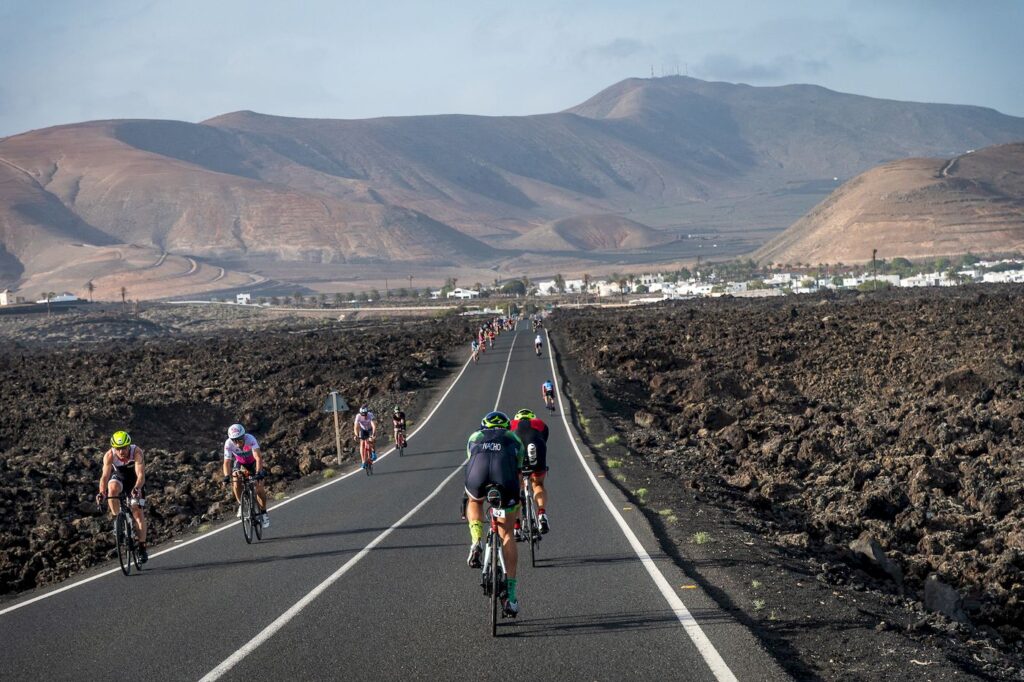 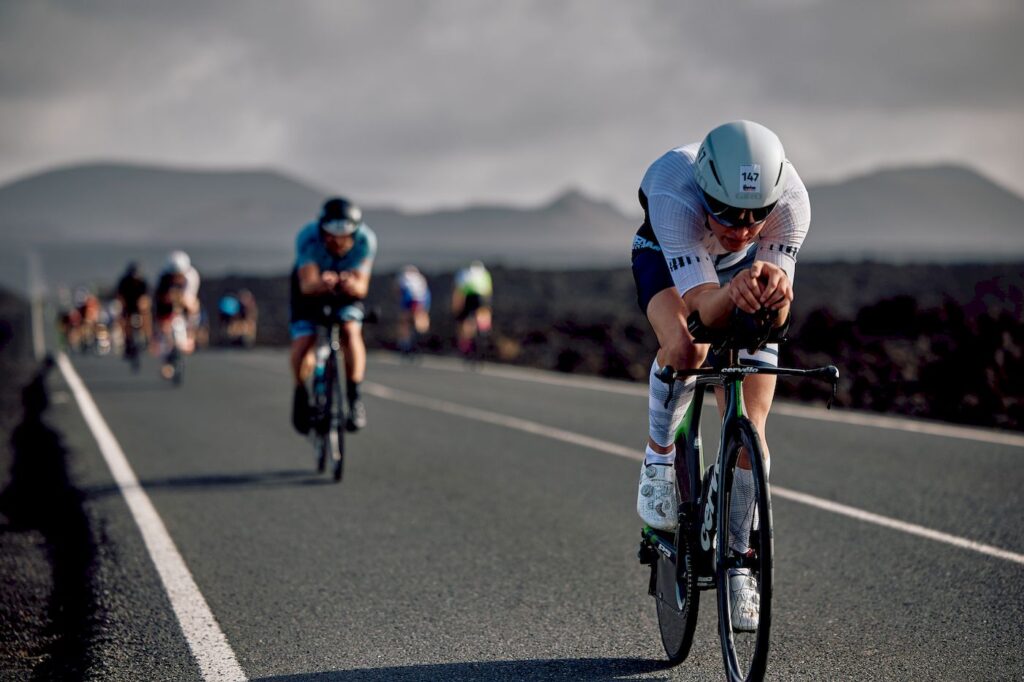 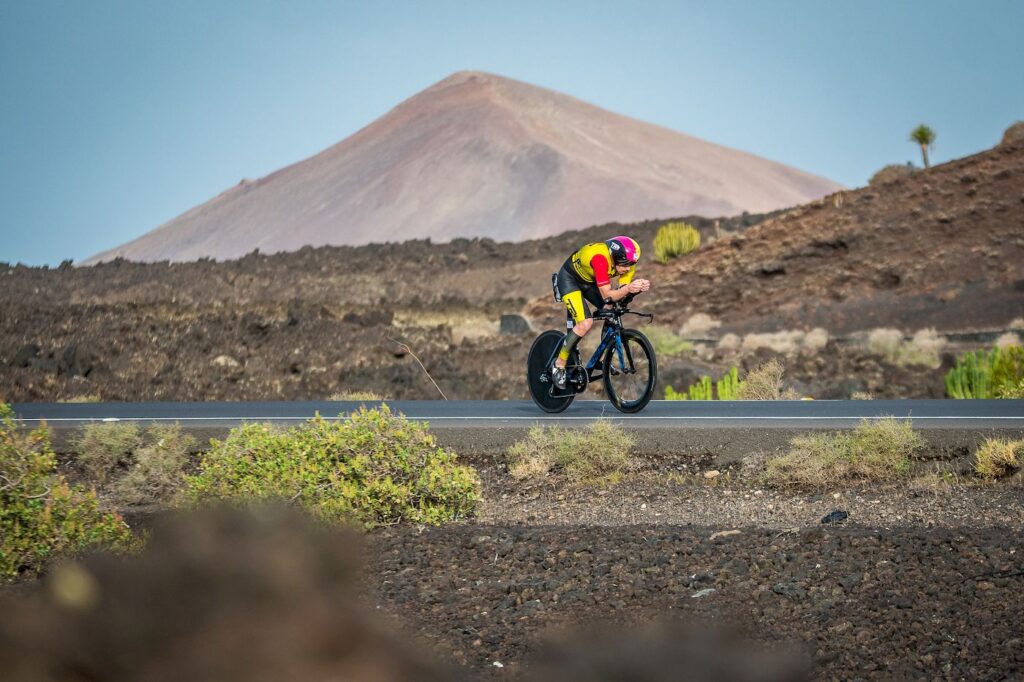 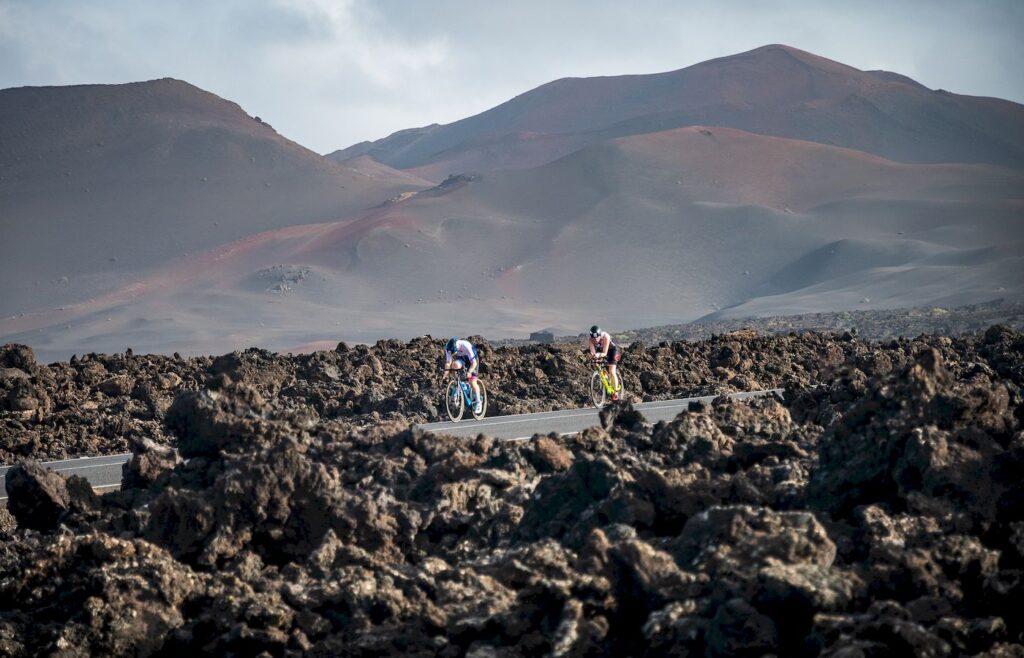 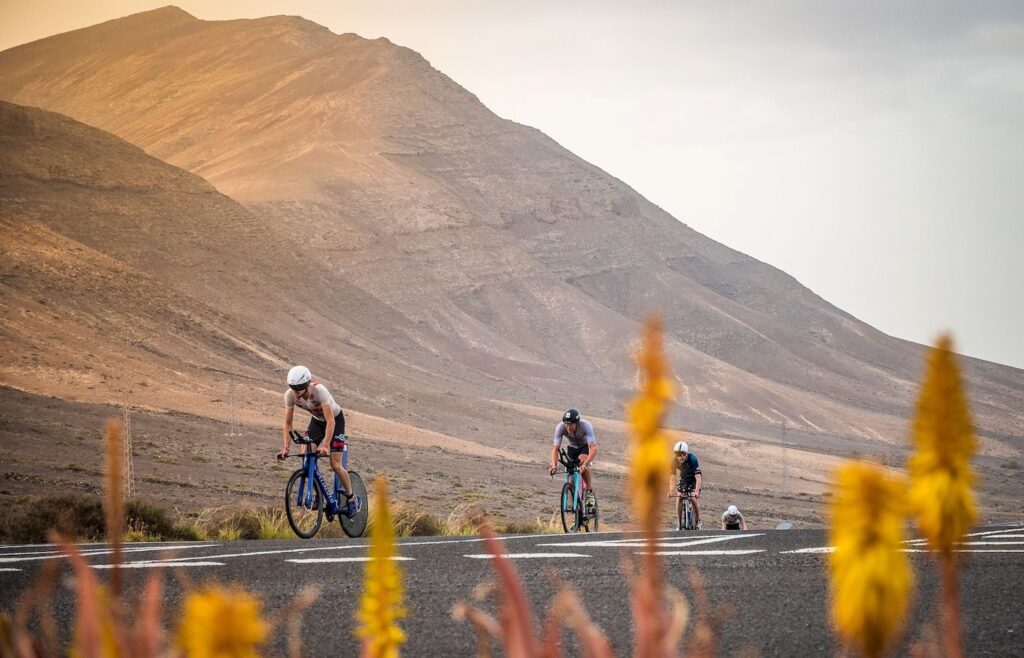 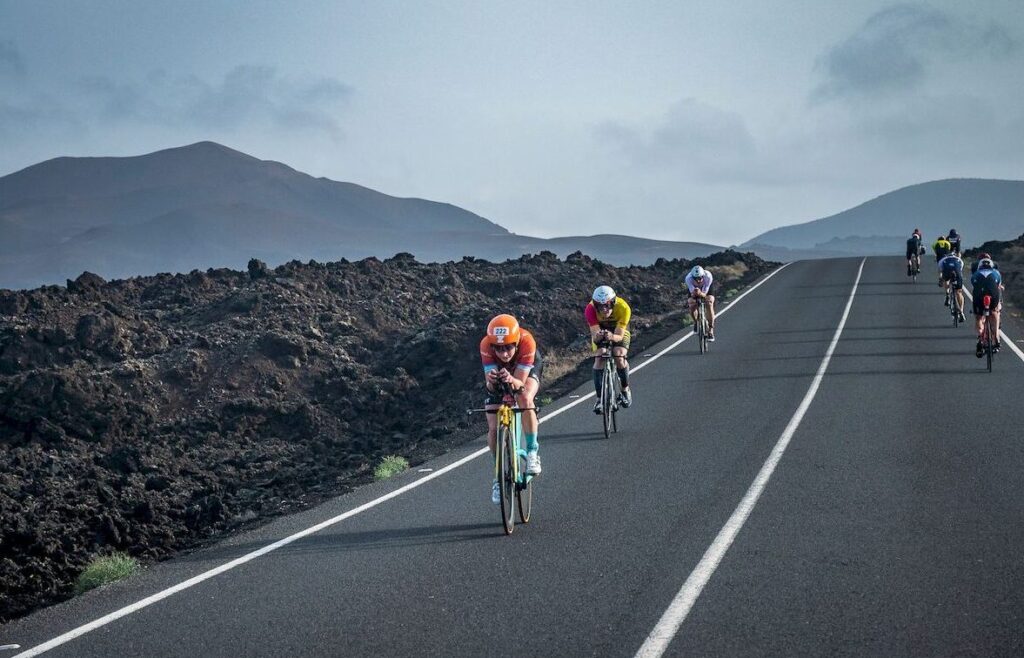 Frenchman Mignon took first place in this segment after finishing the swim in seventh place. Kyle Smith was just five seconds behind in second place, more than a minute ahead of his main pursuer Florian Angert. Katrina Matthews, meanwhile, managed to move into first place after exiting the swim in fourth.

As she had already stated in the press conference before the event, the Briton is well versed in the secrets of the cycling segment, having spent long periods of time on the island of Lanzarote training and preparing her goals over the last few seasons. Making use of this advantage, she took the lead on the women’s side and held on to it until the end of the day, chased by Jessica Learmonth and Anne Haug respectively. 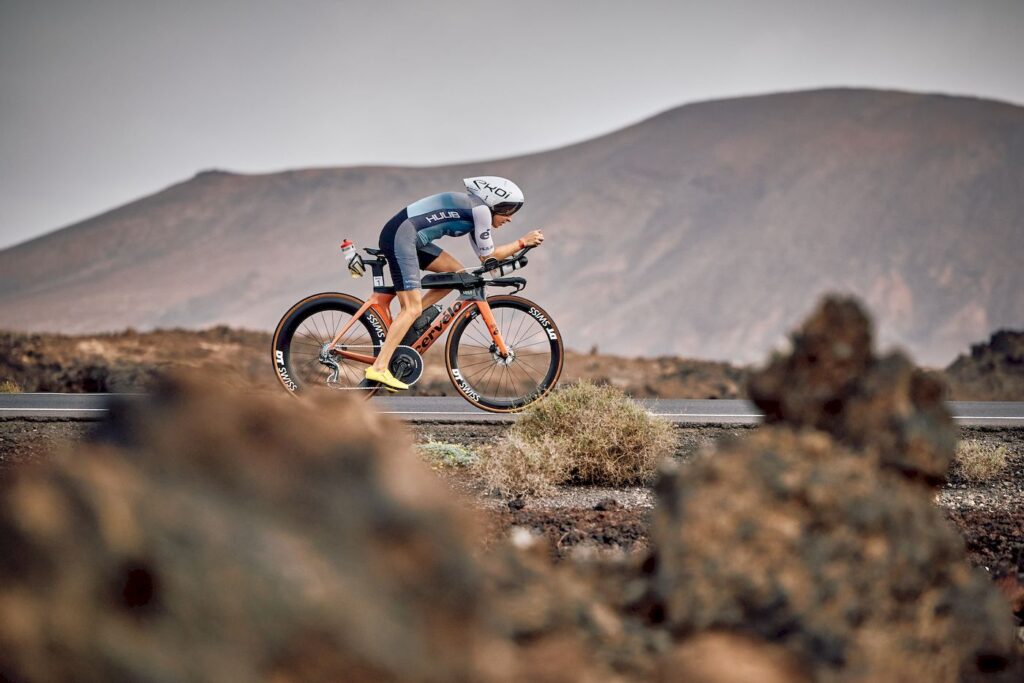 To finish the tenth anniversary of this Club La Santa IRONMAN 70.3 Lanzarote and reach the finish line, the participants faced a 21.1-kilometre race around the perimeter of Playa Blanca, in the municipality of Yaiza. After getting off the bikes, Léo Bergère began to move up to first place with just under two kilometres to go and was eventually proclaimed champion. Kyle Smith finished just 26 seconds behind. 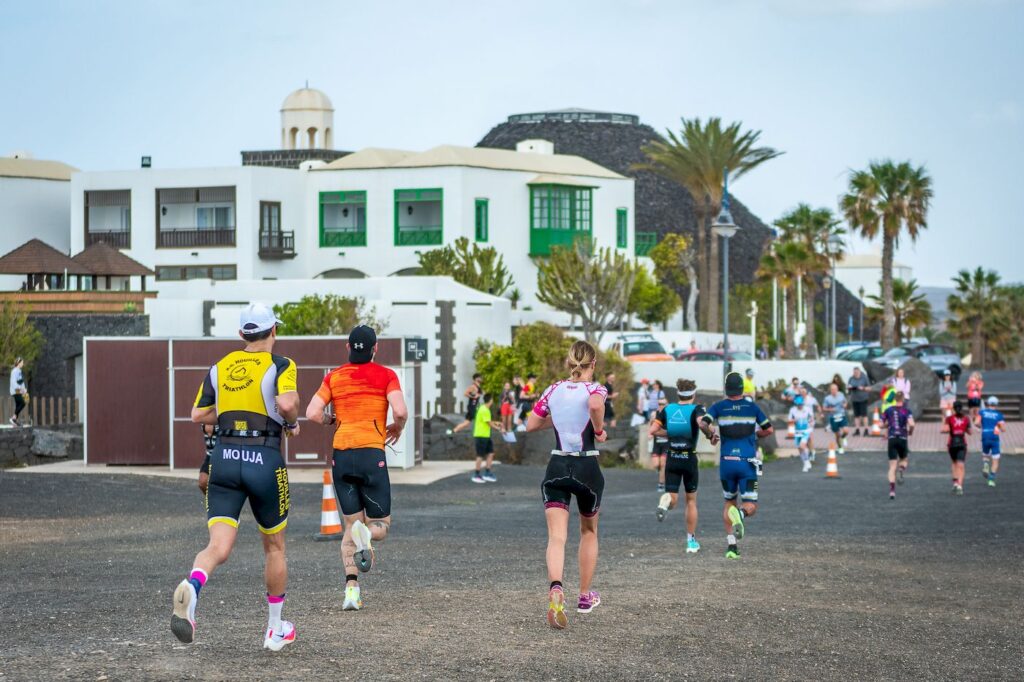 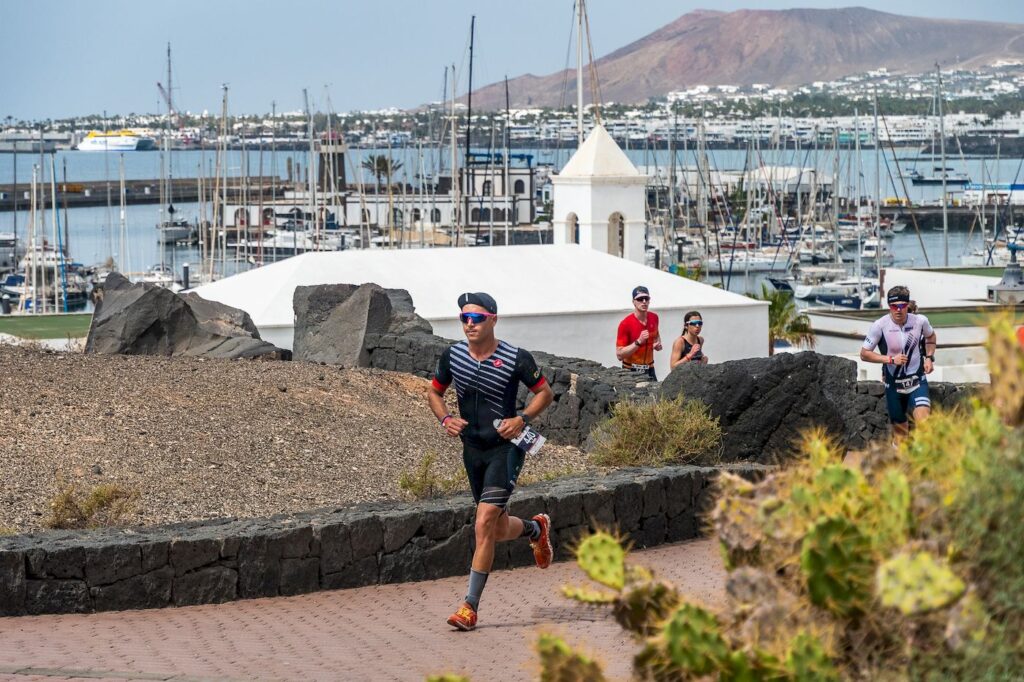 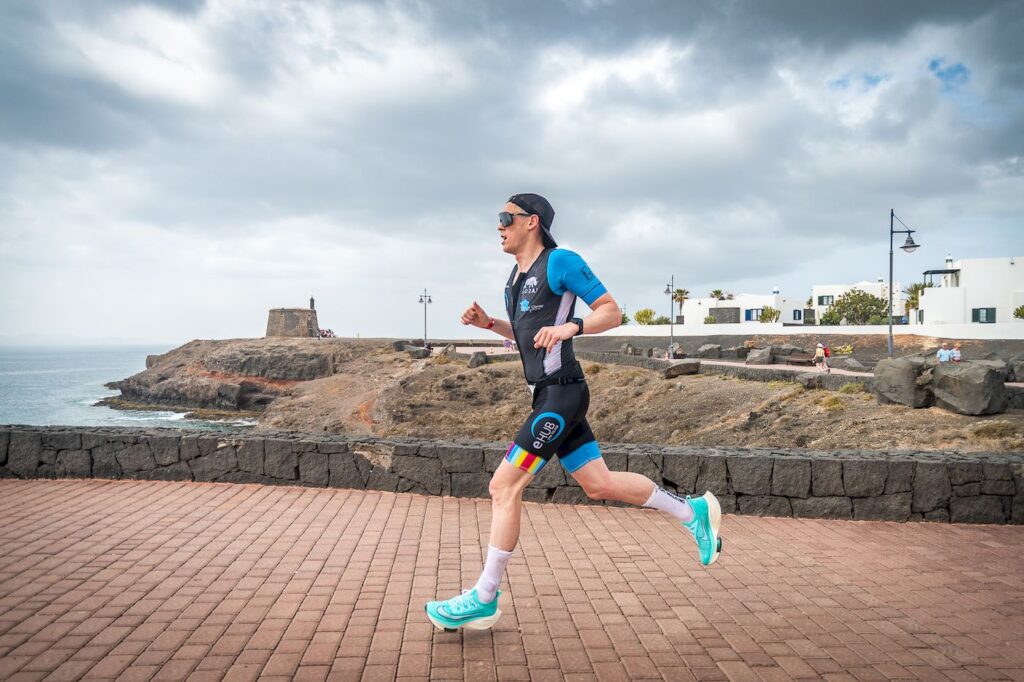 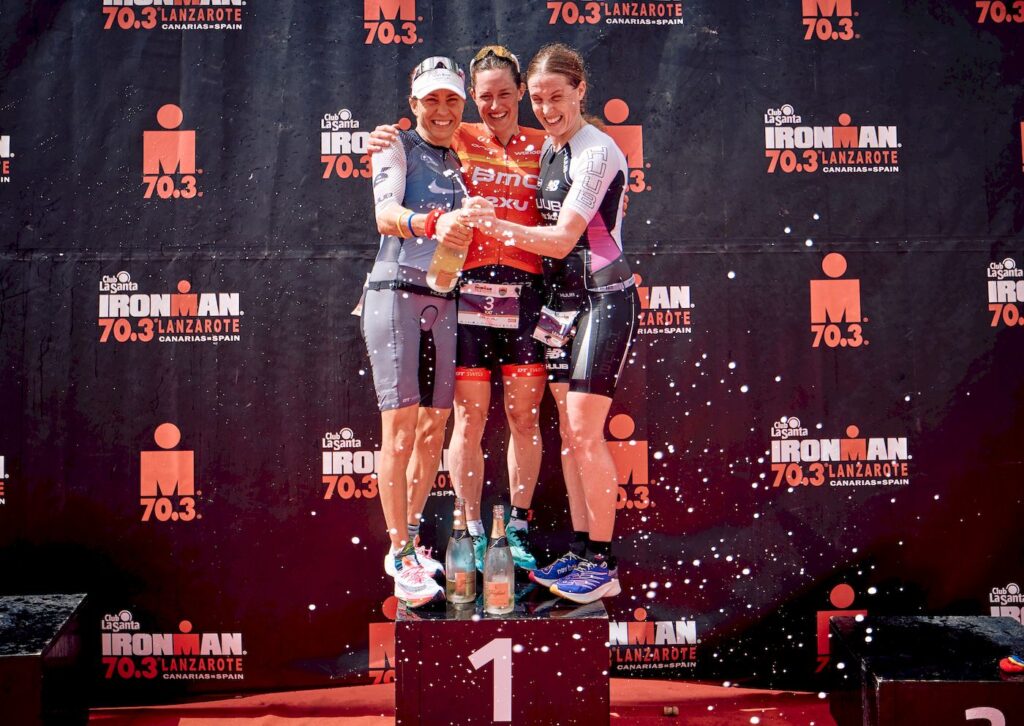 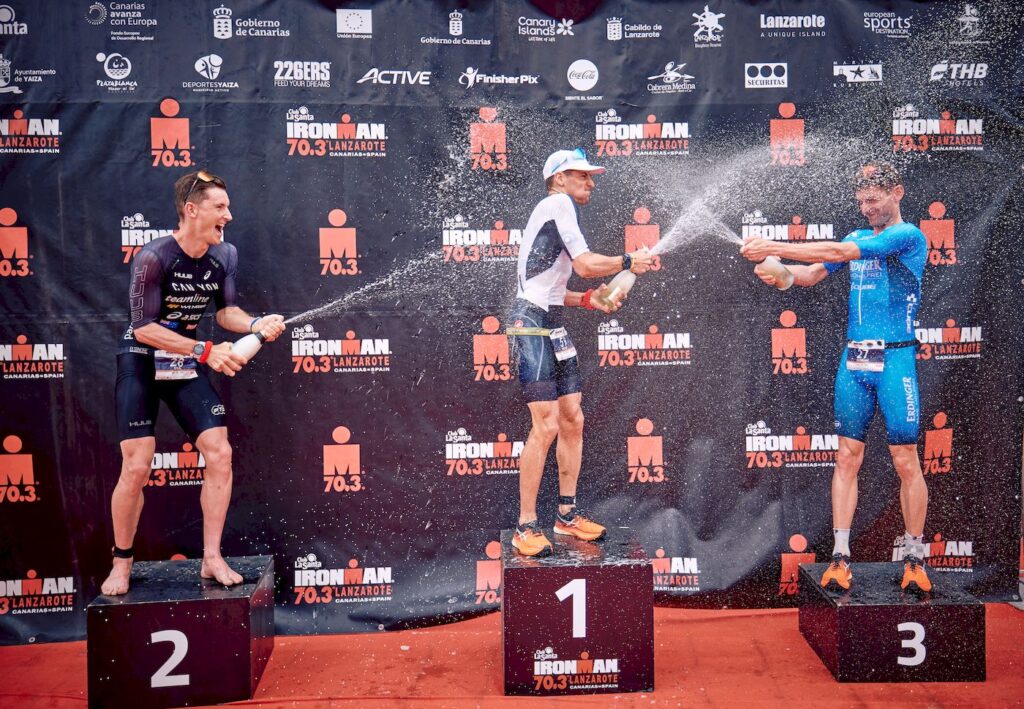 After this weekend, during which the world’s elite in outdoor sporting disciplines again enjoyed the benevolent conditions that Lanzarote offers for the practice of their sports, the island stands firm in its goal of positioning itself as the main European destination for sporting events of the highest level. Lanzarote is the ideal platform for these events, specifically in the first third of the season, when in other destinations it is either impossible or not exactly pleasant to practice sport in the open air.