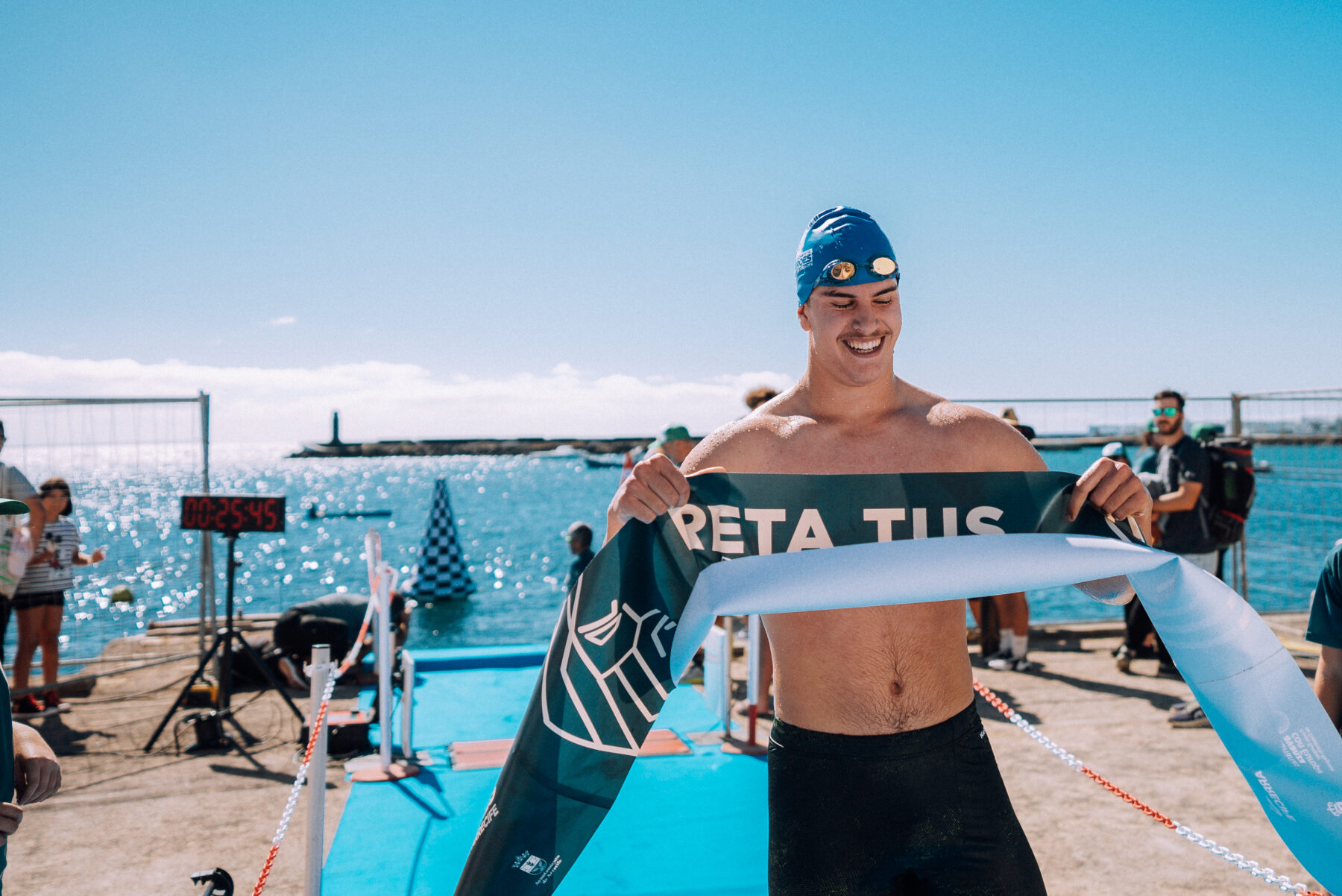 Juan Antonio Carreño, director of the event, makes a positive assessment of the first occasion of the test

Last weekend, the capital of Lanzarote experienced a sporting, family and cultural spectacle with the celebration of the first occasion of Lanzarote Heroes by Arrecife.

The new event lasted for three days in which the sports offer arranged by the organization left no one indifferent. Arrecife thus had something more than a mere competition, which became a sports fair with concerts, colloquiums, debate tables and film cycles, providing a weekend of healthy practice, culture, entertainment and leisure.

Lanzarote Heroes left an unbeatable atmosphere in the heart of Arrecife with a completely original program in which there was room for professional athletes, as well as for initiates or amateurs and sports lovers, and even for the smallest in the house. 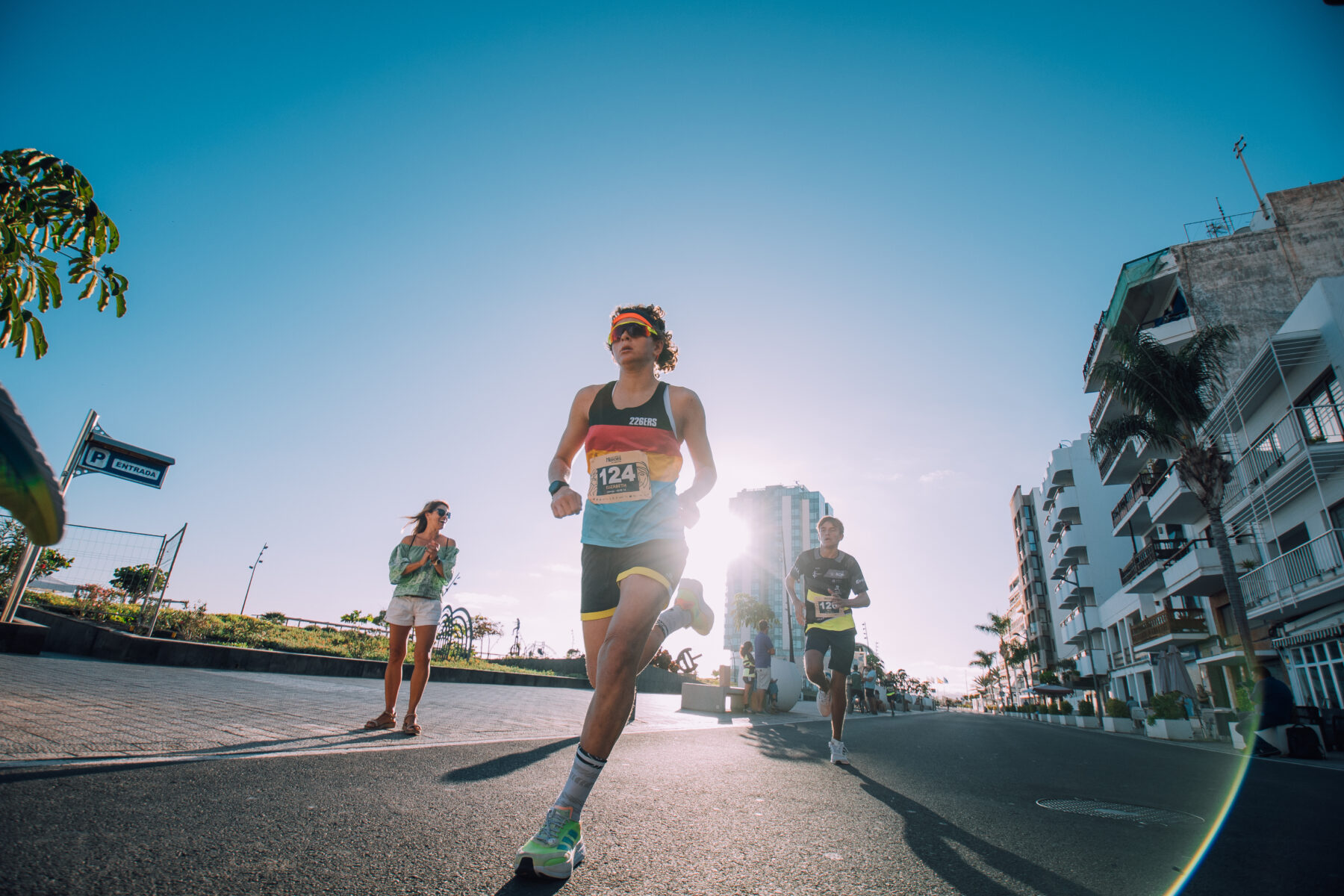 “Lanzarote Heroes can be considered to have been able to achieve a remarkably high rating”, Juan Antonio ‘Chico’ Carreño, director of the event, tells us. He greatly values ​​the good unfolding of a first occasion without any kind of problem or incident, and taking into account the size of a multi-day event.

Proof of this can be given by all those who enjoyed this Lanzarote Heroes by Arrecife. “Participation reached around 320 participants in those activities that required prior registration, but in those events in which registration was not required, the approximate attendance was around 800 people during the three days,” says Carreño. 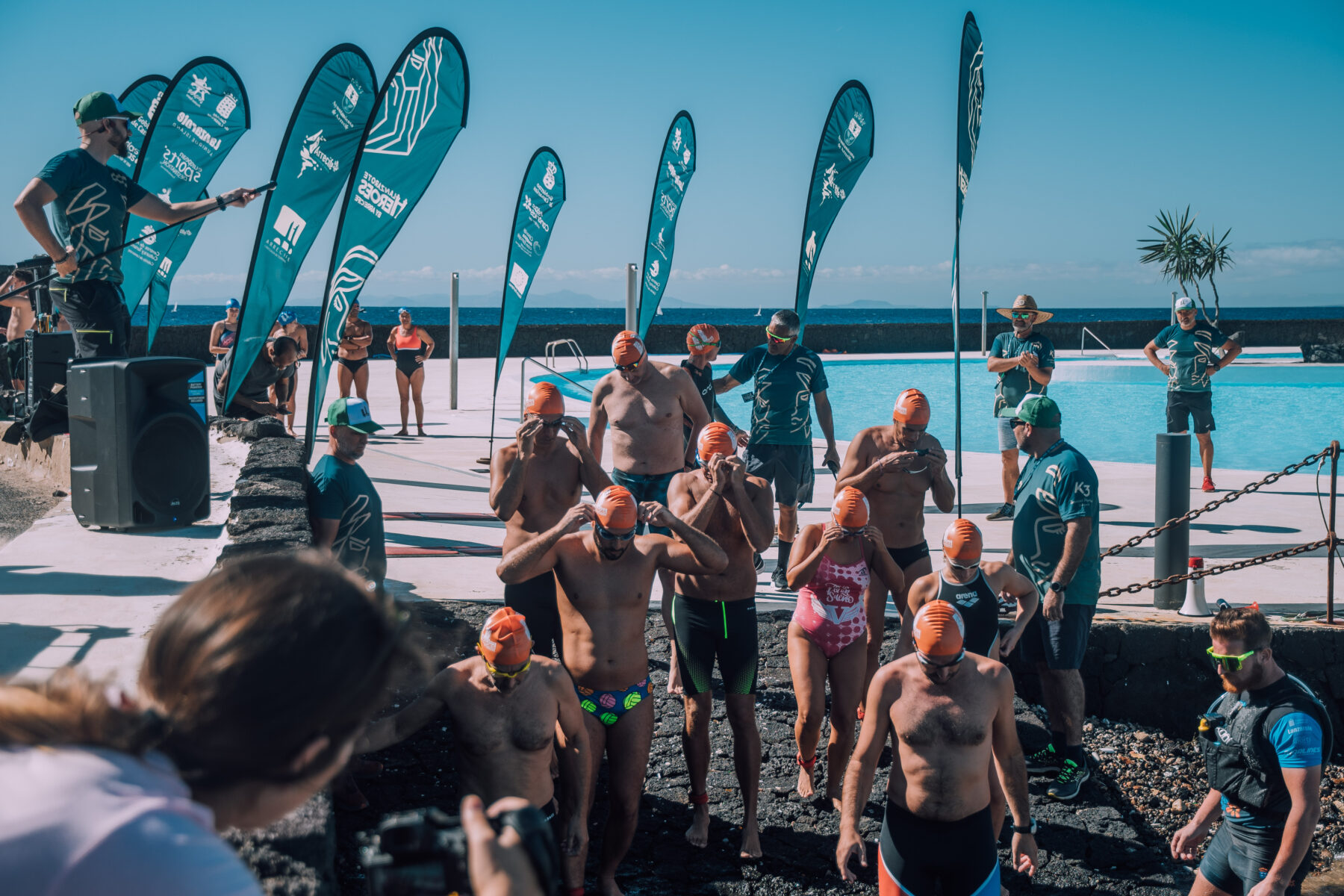 One piece of good news is that the capital thus brought together people from different parts of Lanzarote, as well as from various locations in the rest of the archipelago, and even had a foreign presence. “It is an original event, different and adapted to the characteristics of Arrecife. Lanzarote Heroes has come to increase and diversify the tourist, sporting, recreational and health offer that Lanzarote has for all the people who visit it,” says the director.

On Friday, the starting gun sounded for the Heroes Chinija race with boys and girls from 6 to 15 years old, an inclusive race and, therefore, adapted to all physical, sensory and mental conditions. In addition, just after the test, the Canary Islands Park hosted the performance of Storytellers with Vicky to bring together both the young participants and those who later joined the event in the capital. 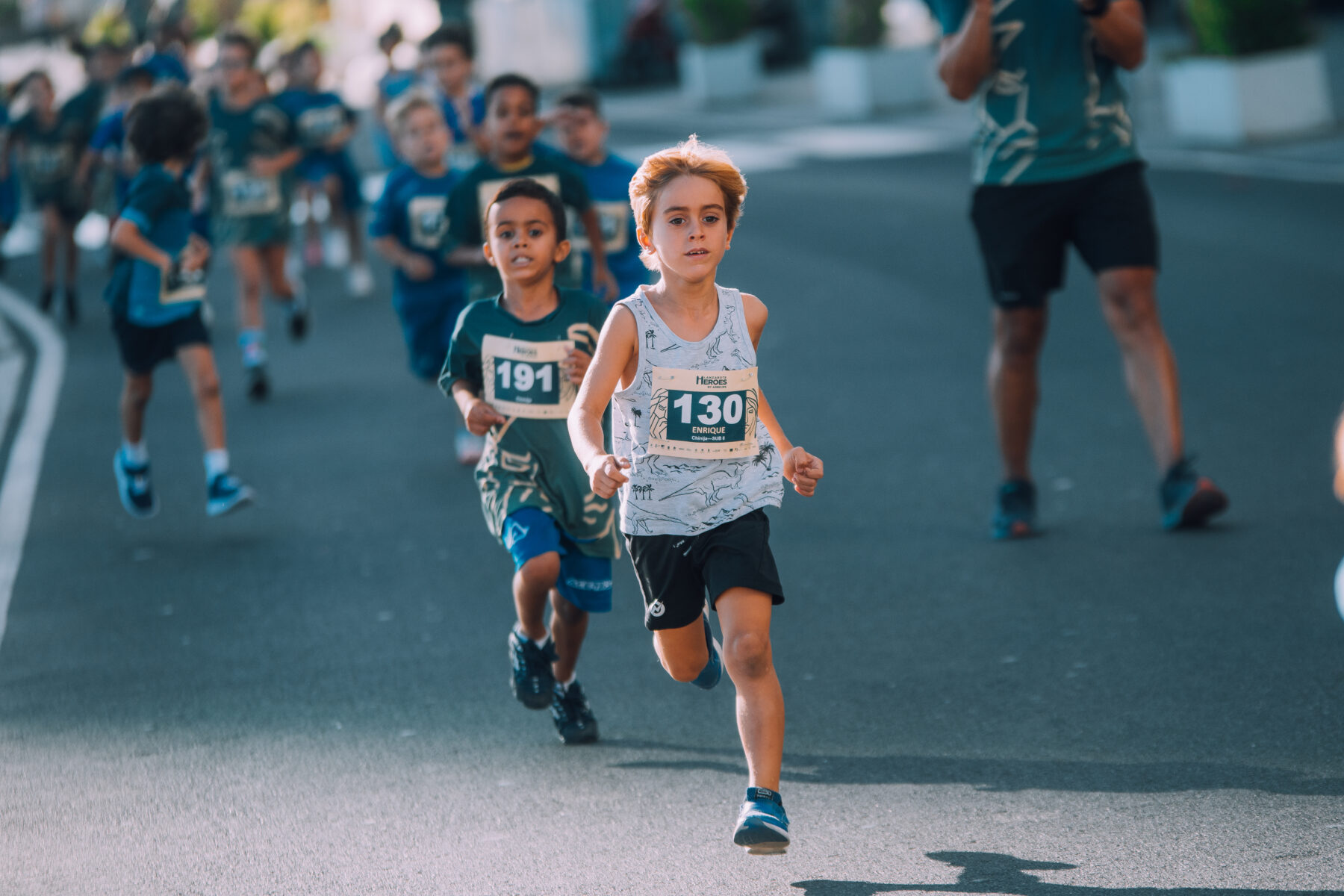 Between musical performances, DJ’s and award ceremonies, one of the most attractive proposals of the weekend also started. Lanzarote Heroes brought to Arrecife a super-sprint race that added an obstacle course to bring strength and agility into play, that concluded with the ascent of the 17 floors of the Arrecife Grand Hotel & SPA. 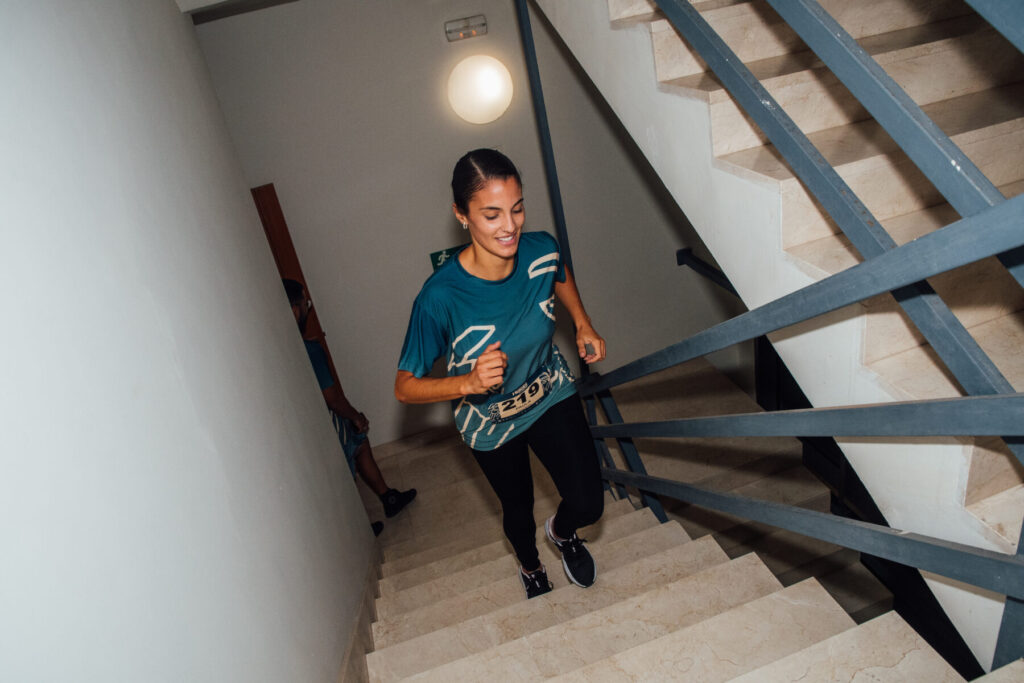 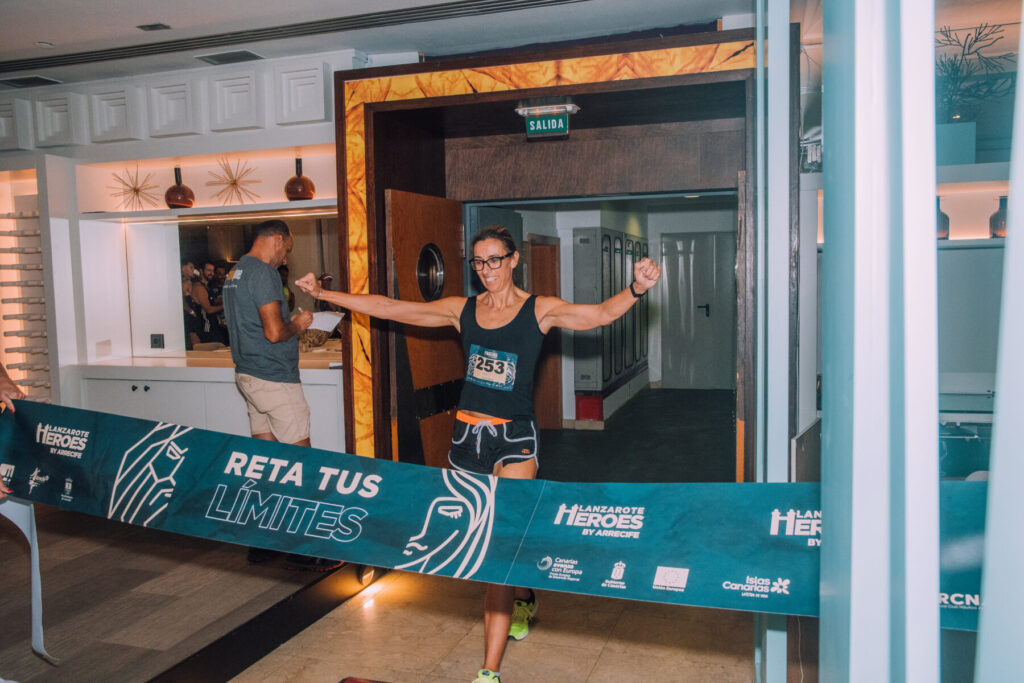 Quite a show that left images to remember, visible from the avenue itself with that stairway illuminating the hotel’s façade, while the silhouettes of the runners advanced from floor to floor. Ildiko Csilla and Joel de Paz, winners in the female and male category respectively, especially enjoyed the particular experience in that Supersprint Heroes.

On Saturday there was time to enjoy another sports ceremony from 10:00 in the morning. The swimming competition, Heroes Swim, in the open waters of Arrecife served to encourage people to find their ideal plan for the weekend in Lanzarote Heroes. Sybille Bouchet, in the women’s category, and Carlos Saenz, in the men’s category, who completed the 2 km category in first place, can attest to this. 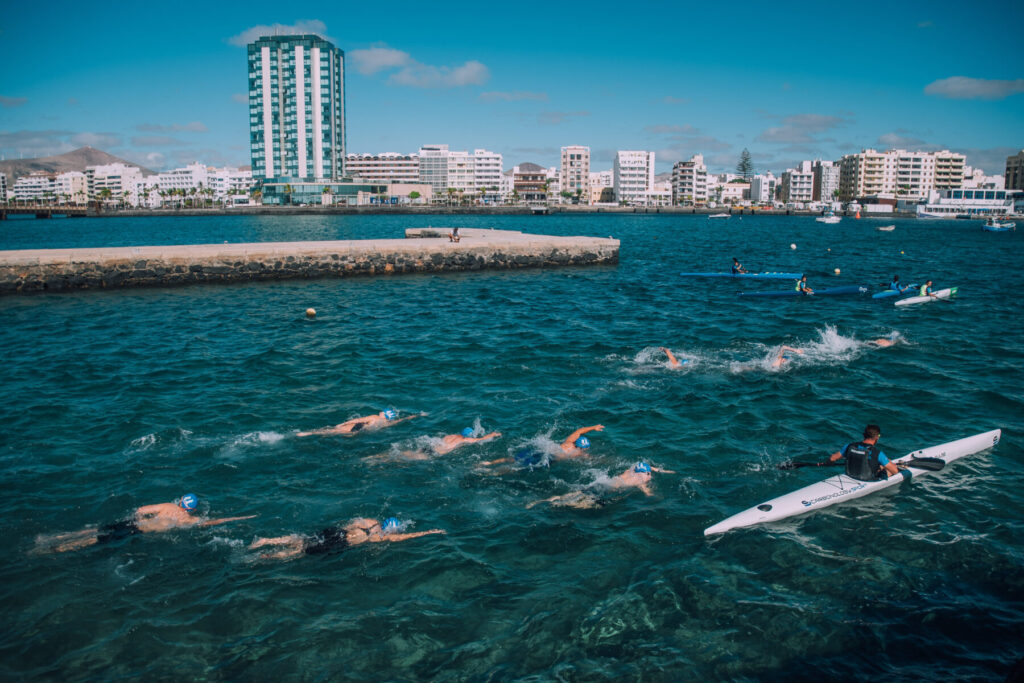 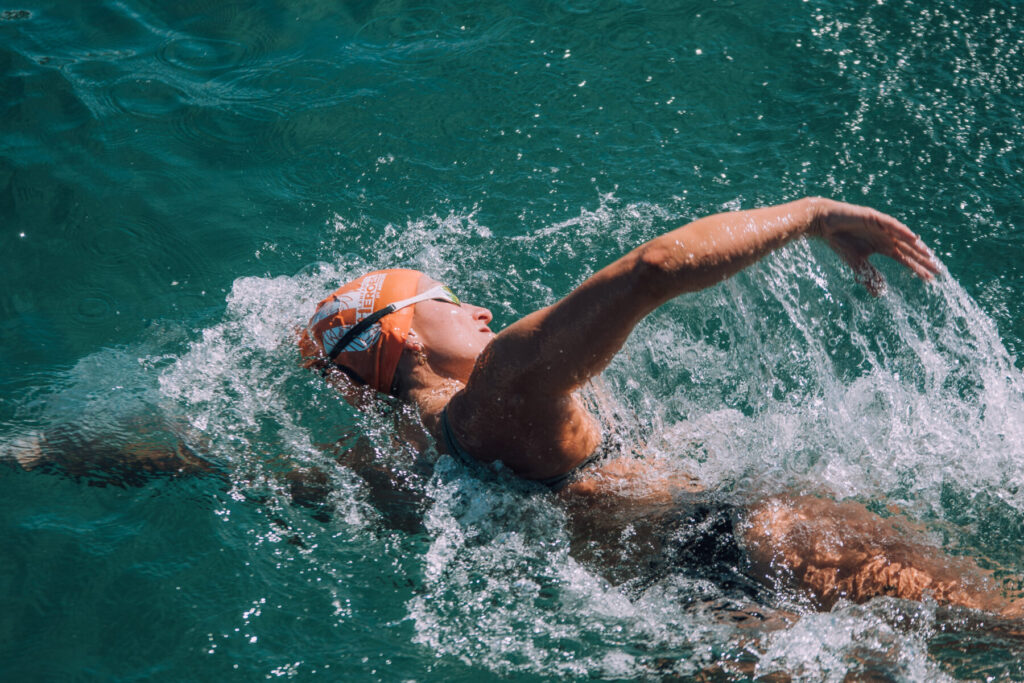 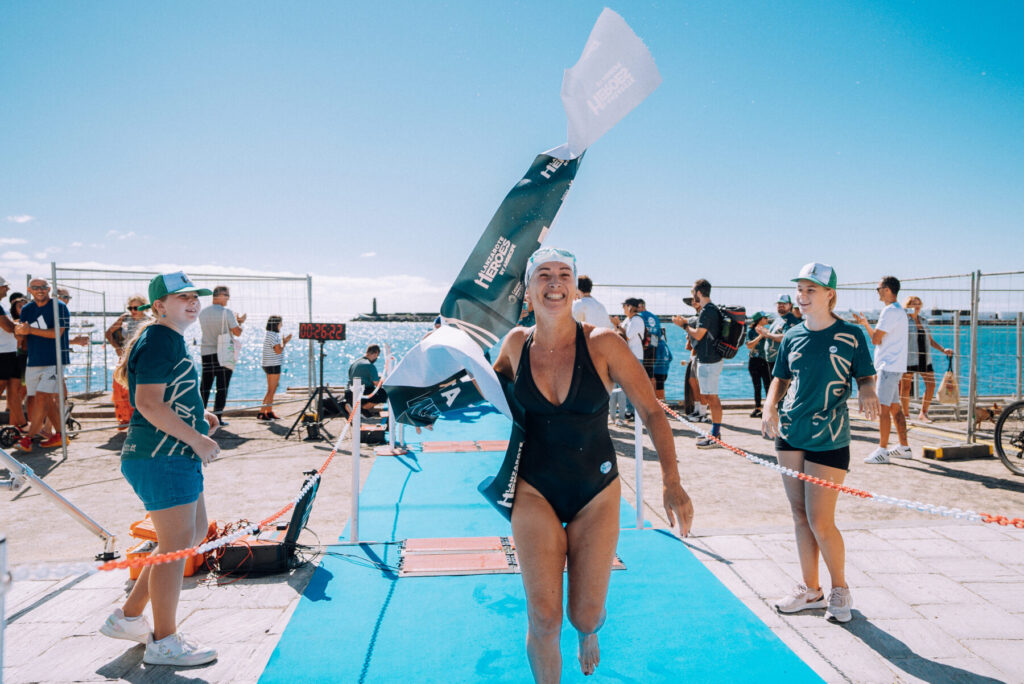 At noon it was time for the first film cycle with which information was provided on topics such as Parkinson’s, para-weightlifting or Olympic preparation, bringing the sport in a different way to all those interested who, in addition, were able to enjoy a round table with special guests where different competitive perspectives were discussed.

The Heroes Family was another of the most anticipated modalities, as it held many surprises with a non-competitive circuit, but was full of sport and fun for the whole family to enjoy while completing gymkhanas, riddles and numerous challenges. All of this was followed by discussions on health and quality of life, as well as more musical performances to keep the attendees entertained. 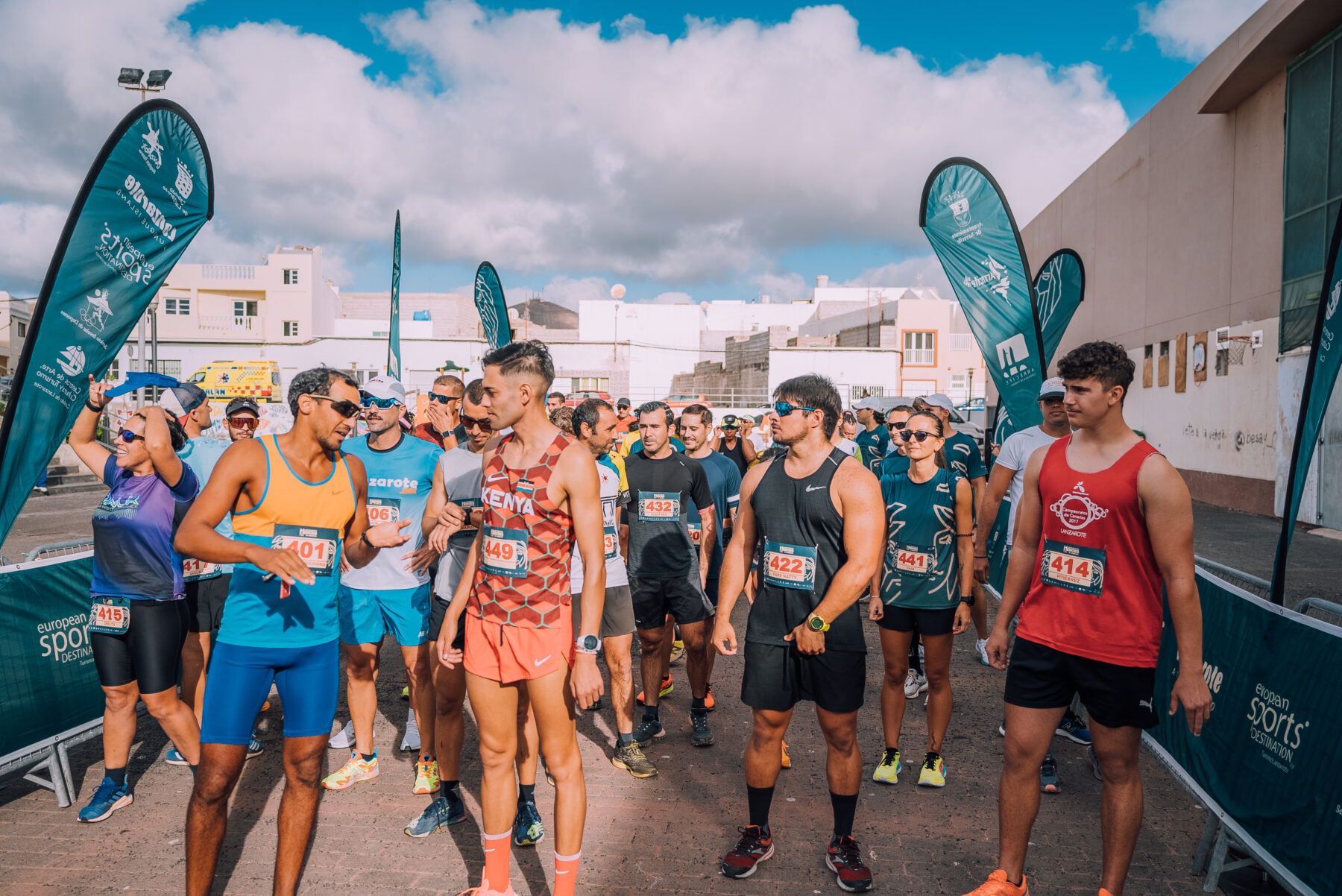 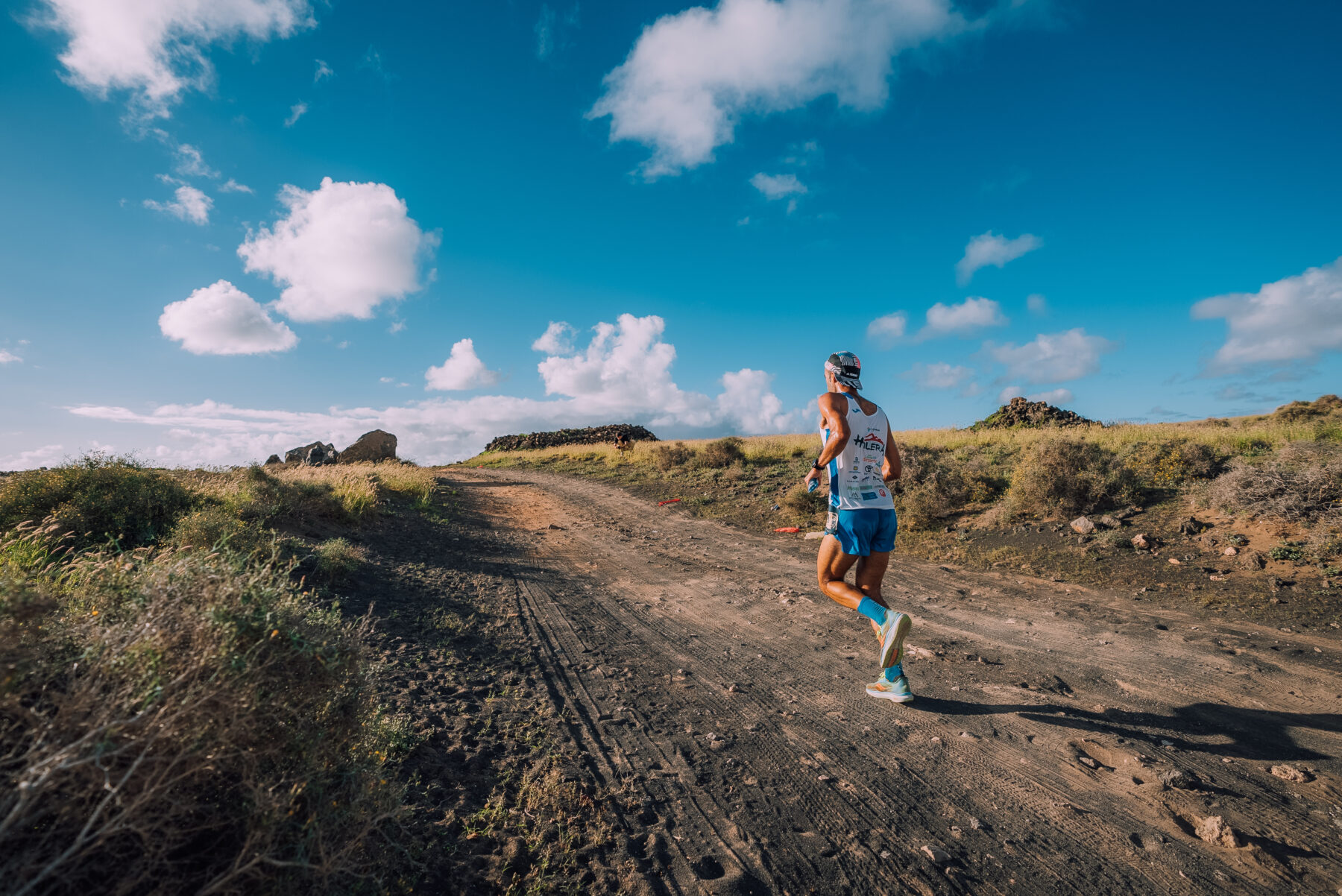 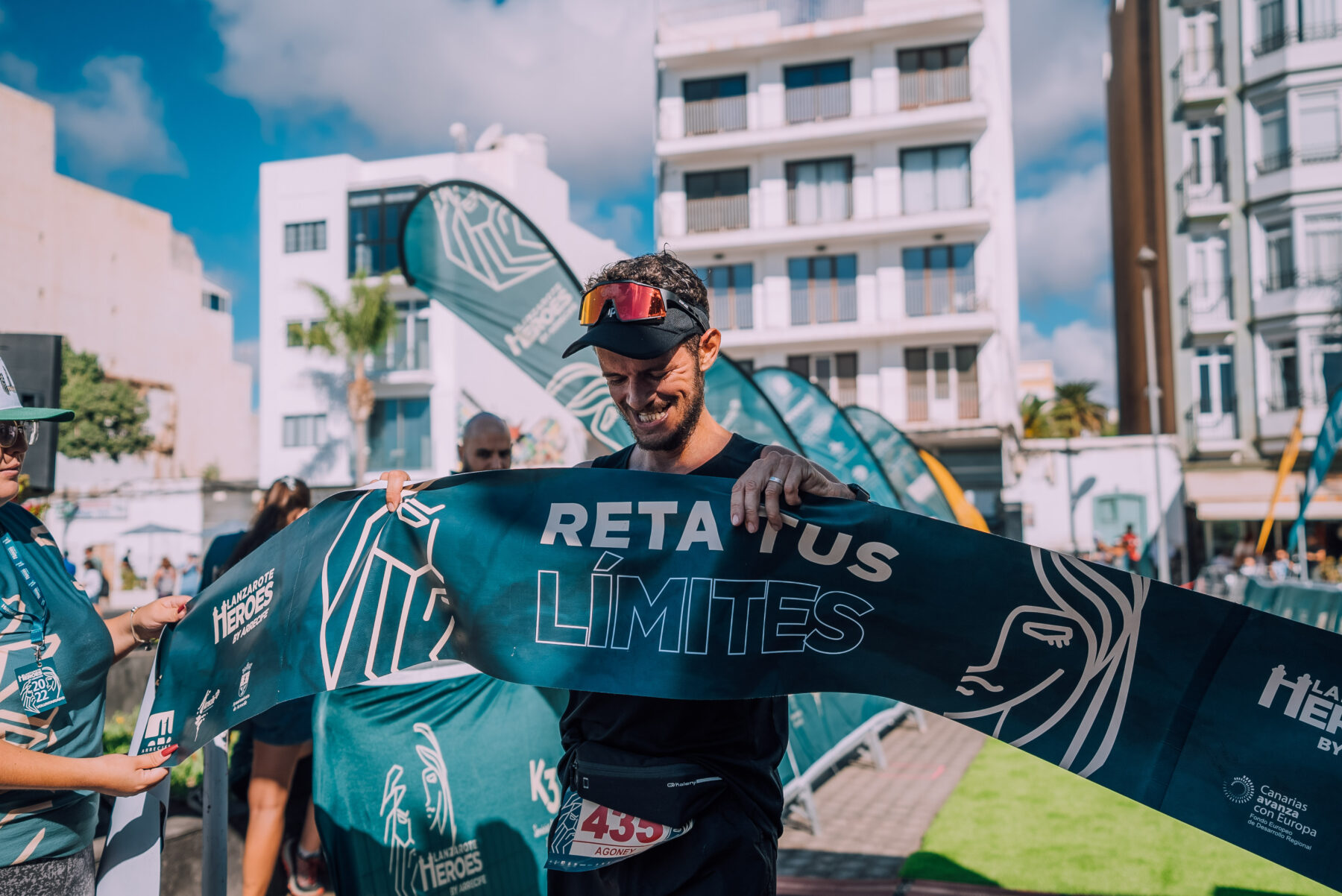 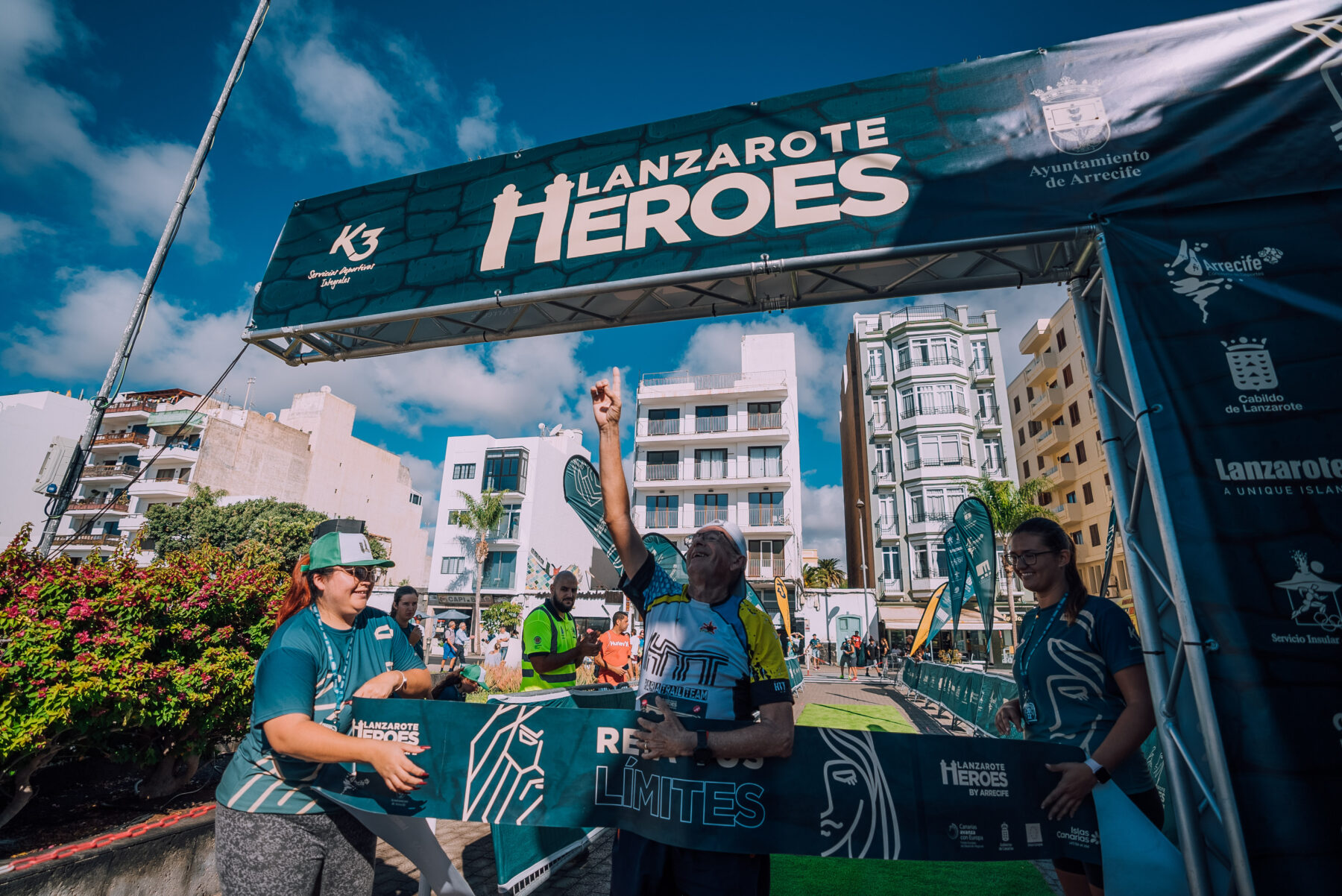 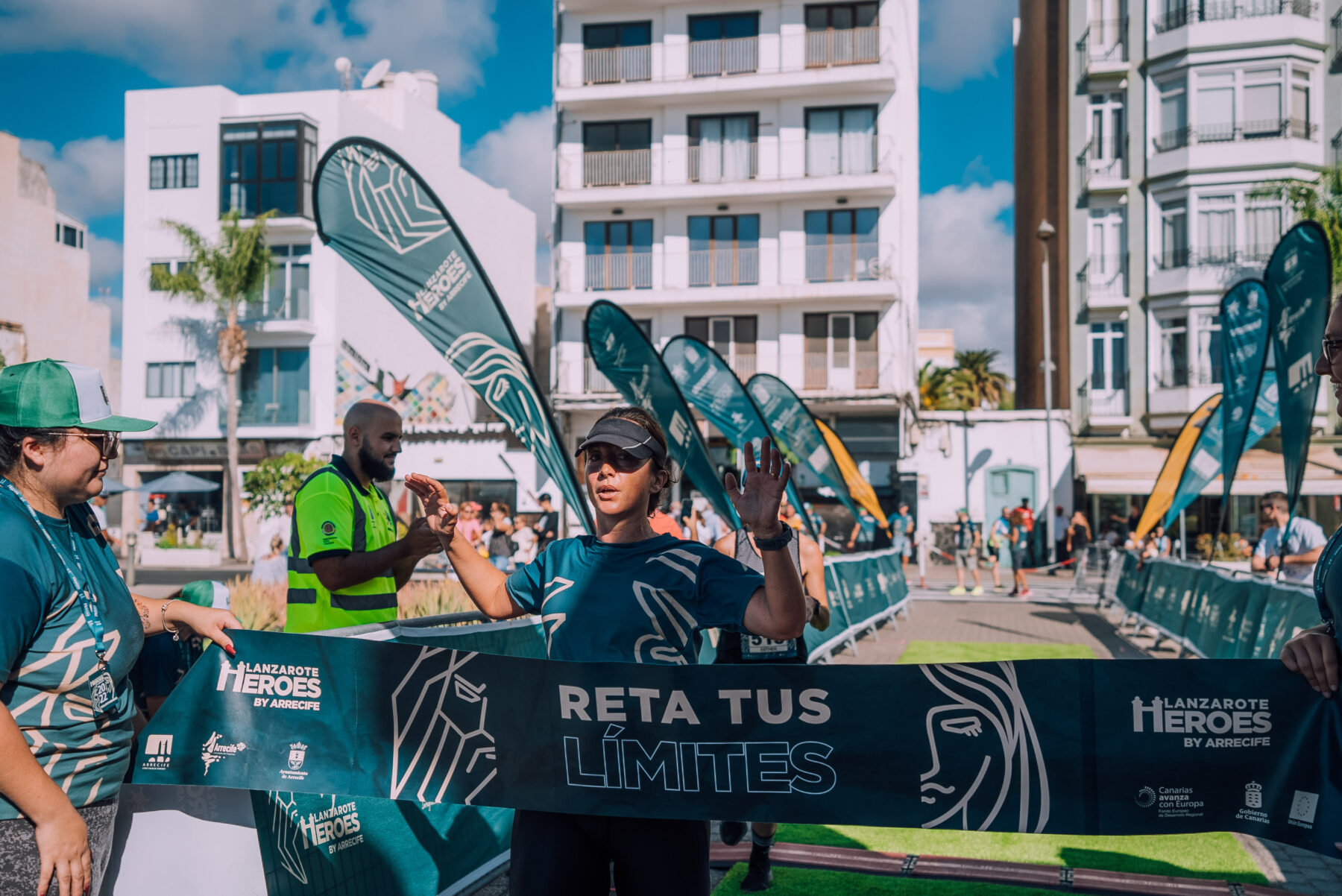 Sunday was the closing day, which did not take away the opportunity to seize the day with a new cycle of cinema, comedy and musical performances, plus of course, sports events. The Heroes Run and its 20, 10 and 5 km modalities would crown the day with the awards ceremony where the winners were, in order of distance, Elizabeth Dawson, María González and Yadira Pérez, as the winners in the women’s category; and Sergio Machín, Joel de Paz and Akorán Rodríguez, in the men’s category.

The podium was too small to try to gather, not only the medal winners, but also all those who enjoyed a very special atmosphere in Arrecife, which made them look forward to a new edition of this Lanzarote Heroes that promises to be here for good.