Home » blog » Lanzarote and its landscape. Pure connection with the emotions of hiking lovers 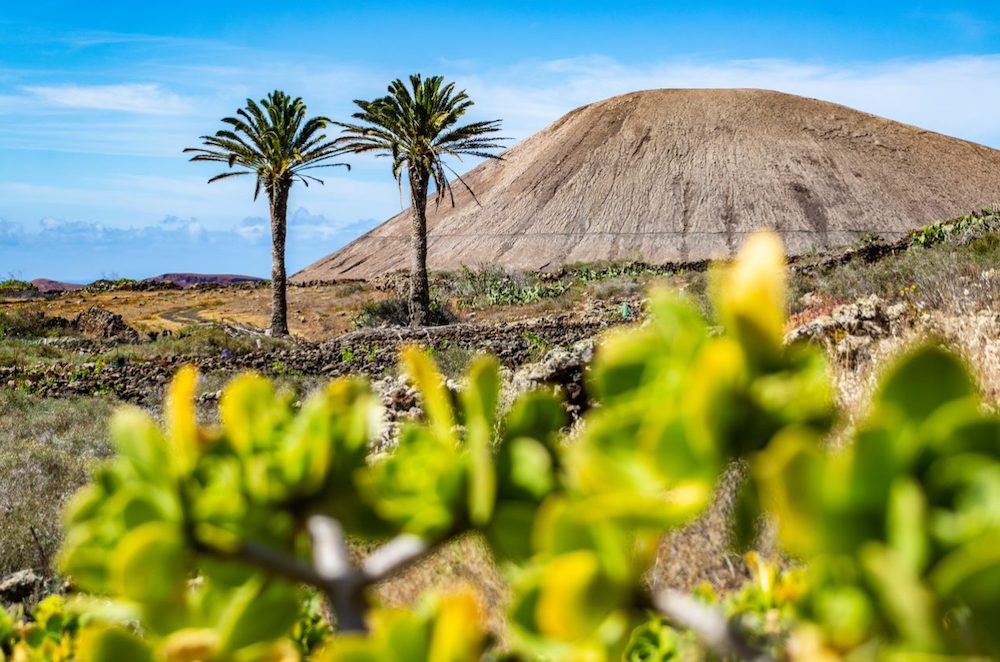 We talked to Nacho Romero about the link between the human soul and walking in nature, and he recommends a route through island history

Lanzarote offers numerous routes for hiking enthusiasts that will make them to feel like genuine explorers of virgin territories, sculpted solely by nature. We chat with Nacho Romero, biologist and founder of Senderismo Lanzarote (Hiking Lanzarote), who talks to us about the feelings that this activity awakens and recommends a route replete with traces of the geological and historical past of the island. 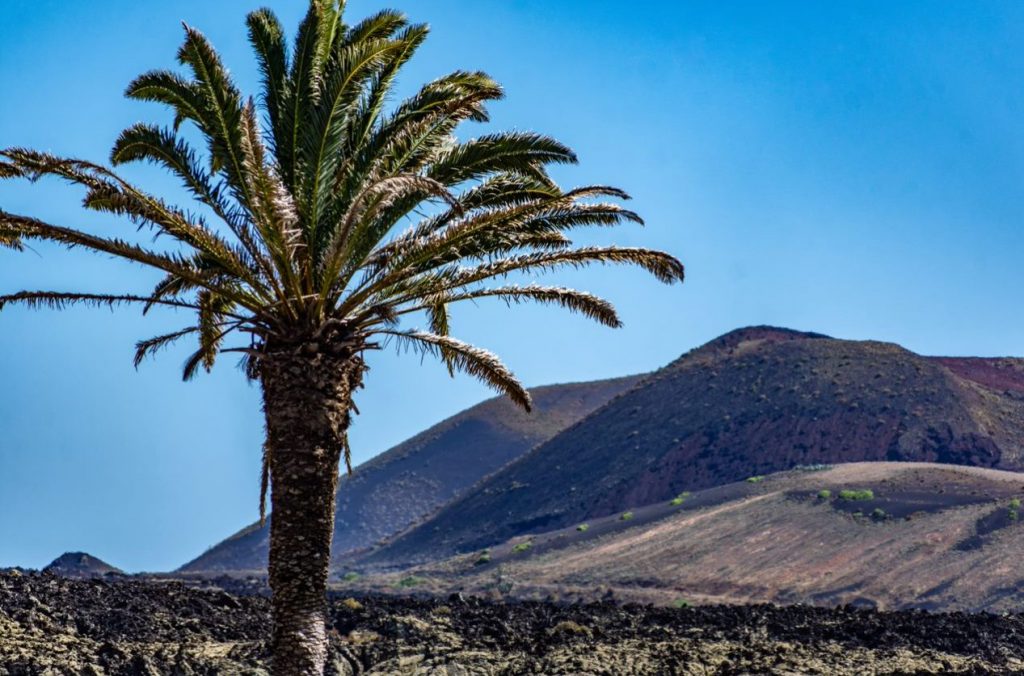 For Nacho, hiking is about much more than just going for a walk: “You have to be prepared to observe and enjoy every moment that the path brings you. On the island we may have a limitation in the number of physical paths, but never of emotions – when you repeat a route it will never be the same as the previous time. There are several factors that influence each moment and guarantee new experiences: the light, the season of the year, the vegetation, the wind and the company will lead you to perceive the path and its surroundings differently each time.”

Let nature surprise you at every step

The hiker’s attitude must also be positive, letting nature surprise you at every step and savouring every moment with a personal reflection. The discovery of new horizons brings a feeling of freedom, a capacity that empowers human beings to make decisions as simple as leaving a path to climb a volcanic cone and take in the landscape. 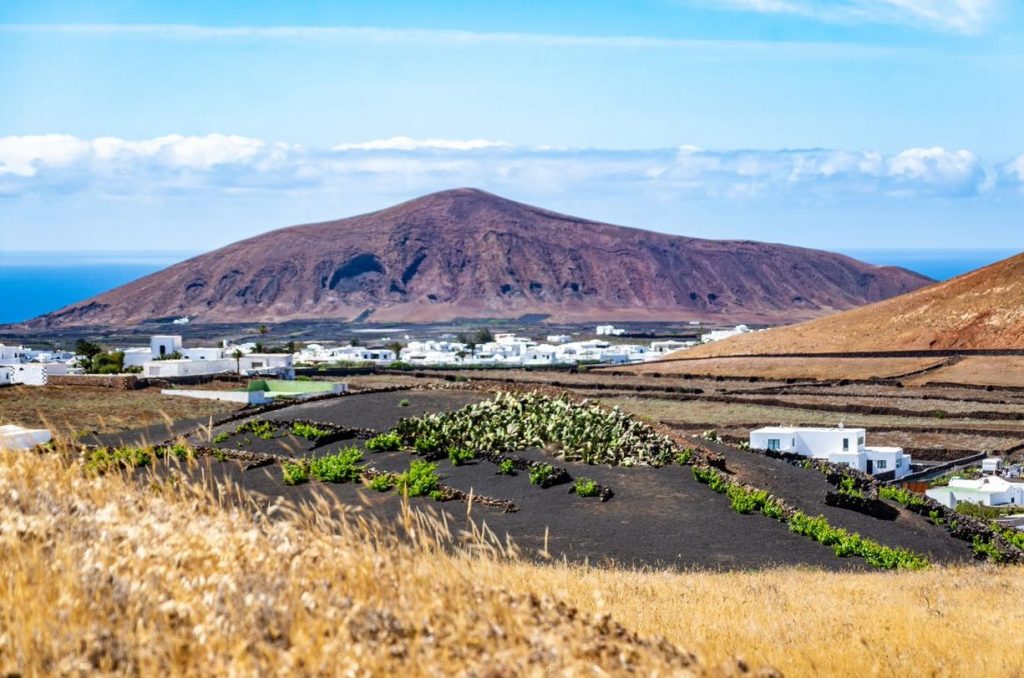 “The hiker’s freedom must be limited by his or her own conscience – getting that photo should never take precedence over the conservation of the environment, because we would lose landscapes chiselled over centuries in just a few years. Each path has its own identity that must be respected and conserved.”

Nacho has thousands of anecdotes generated by his more than 15 years of experience, and he shared one of the funniest, which occurred with a group of hikers from the Spanish mainland. He had told them that he would be in charge of carrying the ‘enyesque’ for the next day’s route. During the hike, when it was time to stop for lunch, Nacho improvised a table and brought out the different foods he had brought, announcing that the ‘enyesque’ was ready. The hikers were surprised – they hadn’t understood this word from the island argot, and confessed that the day before they had even gone to a sports shop to ask if ‘enyesque’ was some extra piece of equipment that would be needed on the day. This simple misunderstanding ended with the laughter of the whole group during the short break.

To finish, Nacho described one of the most historic routes that can be walked on the island, the Vuelta a Las Quemadas, a circular route of 11 kilometres with low difficulty. 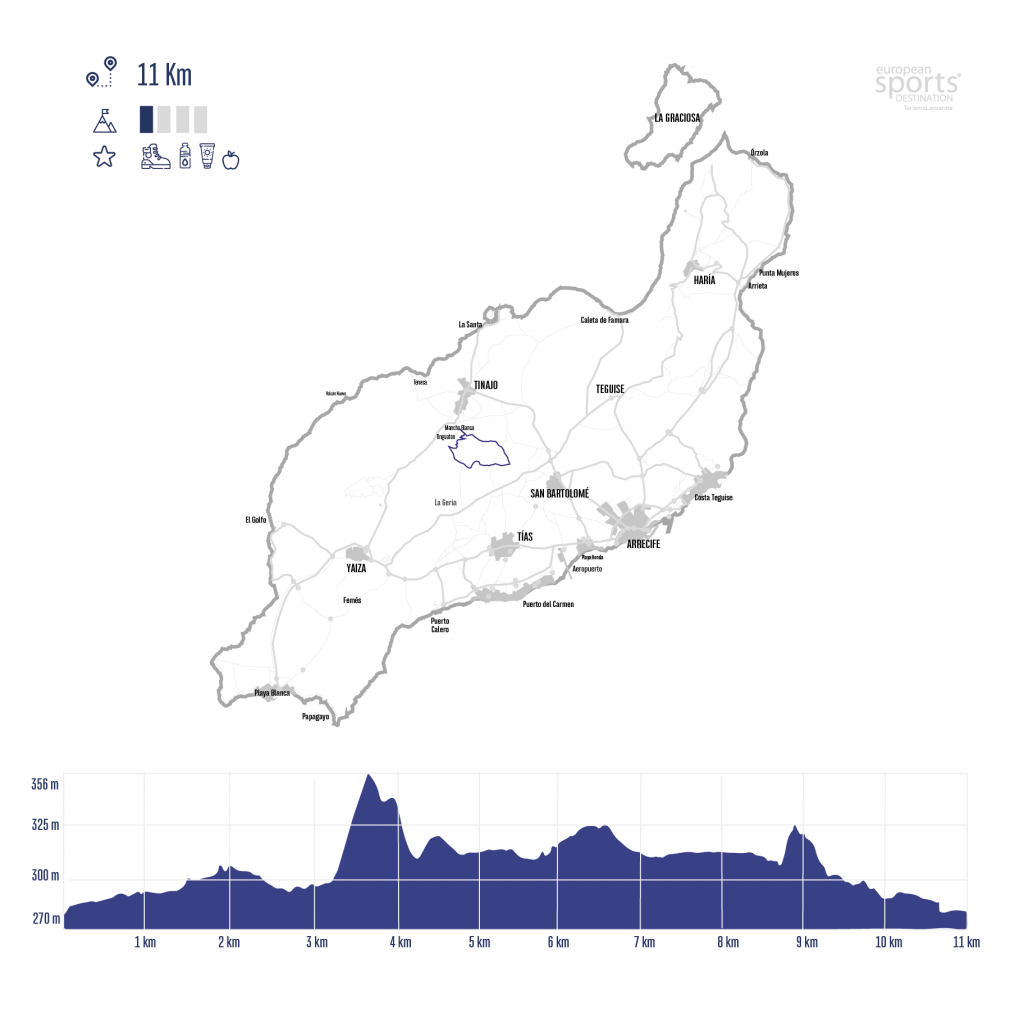 The route starts on the dirt track that leaves from the car park of the Ermita de Nuestra Señora de Los Dolores, built in 1781 to fulfil one of the promises made by the inhabitants of Tinajo if the Timanfaya lava flows stopped before burying their homes. The route continues along the volcanic lava flows of Montaña Colorada, the last volcano of Timanfaya to erupt, passing through the vineyards of this landscape that has been worked hard to make the most of this land of sands and stones. 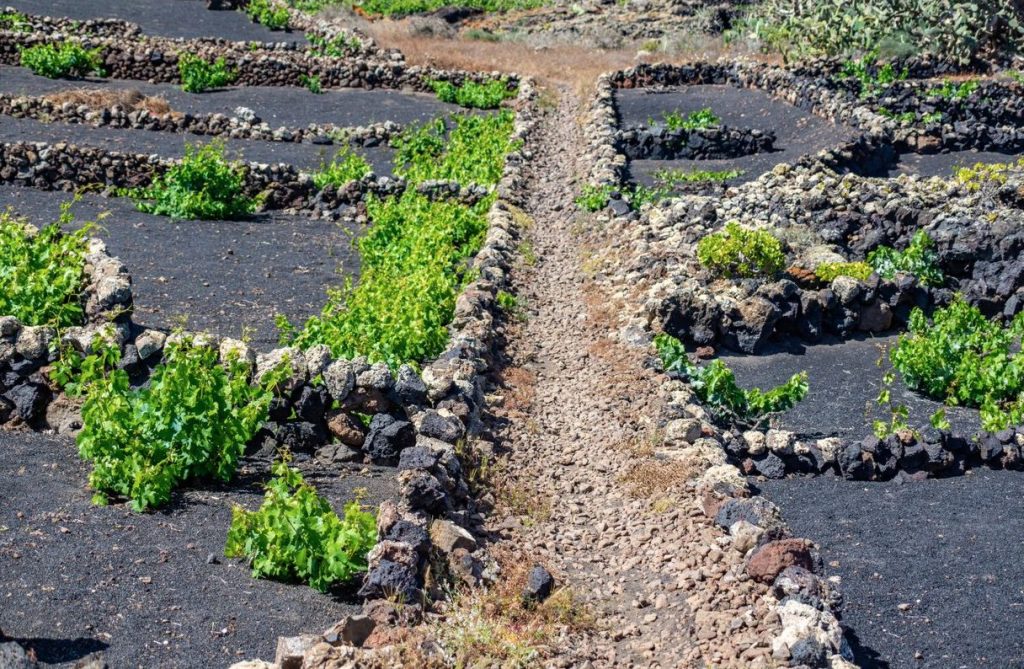 About 600 metres further on, turning left, is the Volcán de Caldera Quemada, which watches over hikers with its winter solstice marker.

At kilometre 3, there is a short climb of 1 kilometre to the mountain known as El Alto. With a gradient of 10-12%, this is the toughest part of the trail. After an equally steep descent, turn right at km 4.7 in the direction of the Montaña de Ortiz, and continue along dirt tracks between volcanoes from kilometre 6 to 9. 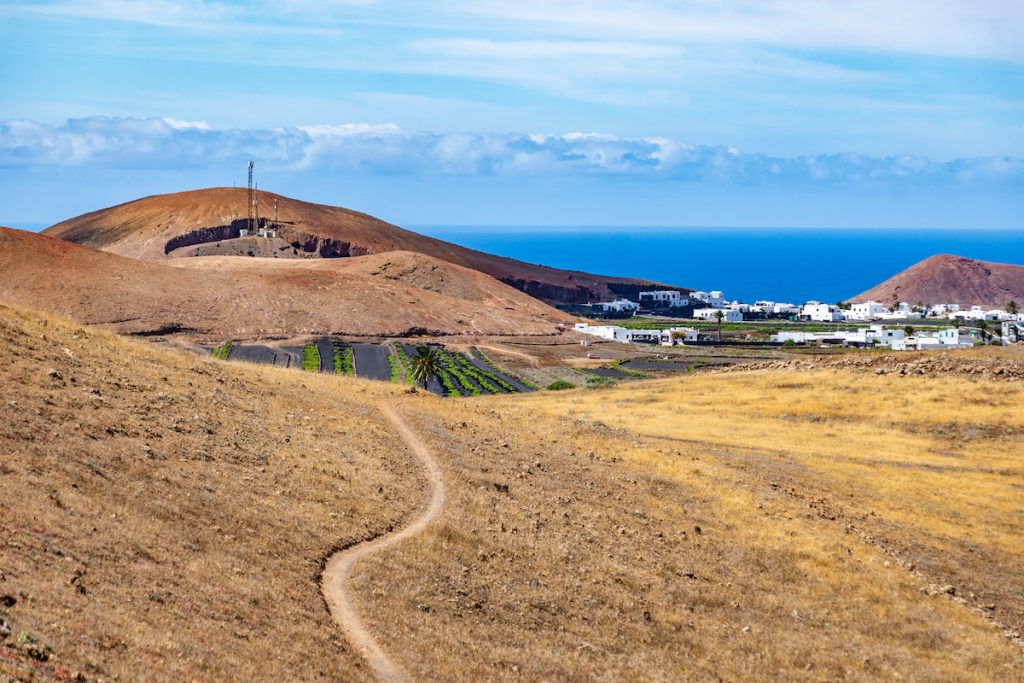 At the end of the long straight stretch between volcanoes, turn right to make the second ascent of the circuit to the Montaña de Tinguatón, climbing some 300 metres at 12-15% gradient. Once at the top, you descend among various paths to return to the starting point. 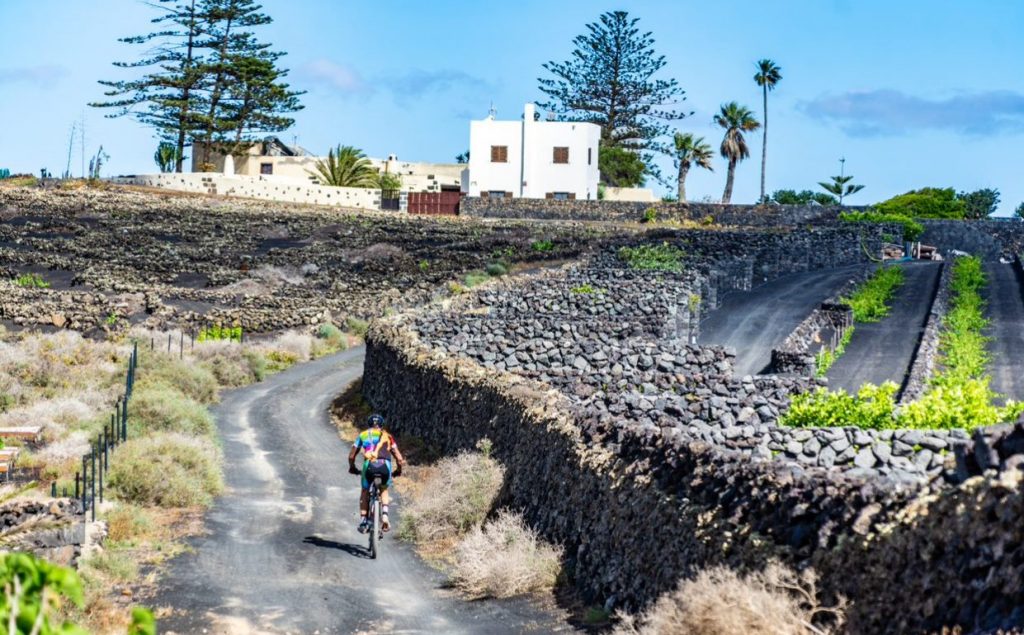 You can round off the day with a visit to the Casa-Museo del Campesino, the work of César Manrique, and recharge your batteries by sampling some of the island’s traditional dishes.