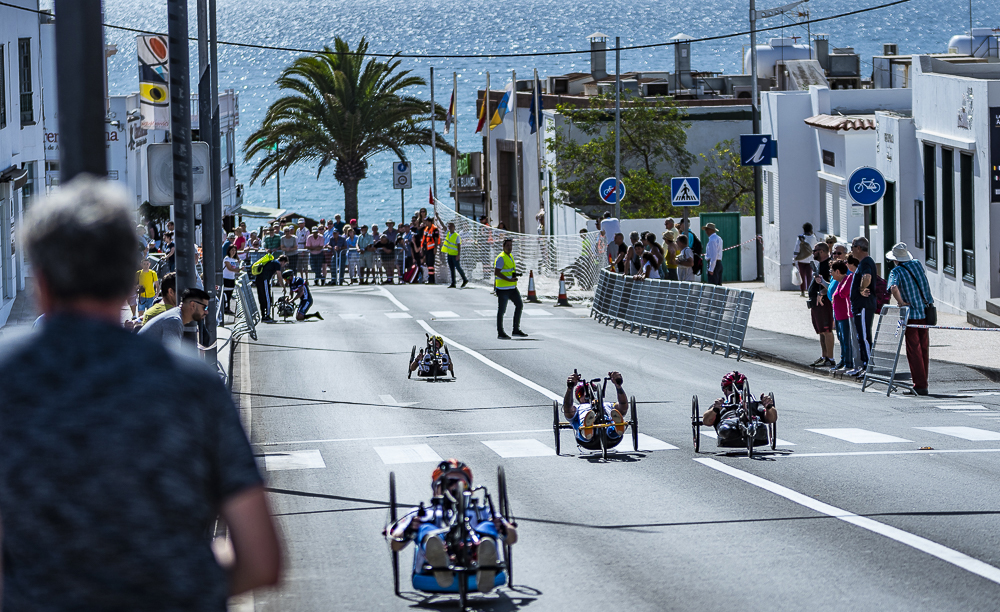 The 33-year-old Belgian Paralympic athlete was the star of the eleventh edition of the event, setting the best time in the individual time trial and also coming out on top in the fast circuit of the town

The handbikers were met with sunny weather on Friday and Saturday in Playa Blanca, where the athletes once again demonstrated that when they go out to compete, they leave absolutely everything on the asphalt. Behind every handbiker there is a tale of overcoming adversity, unknown to most of us; however, with every applause or word of encouragement we offer, we unconsciously become part of these great stories of passion and spirit.

The 33-year-old Belgian Paralympic athlete Jonas Van de Steene was the star of this edition of the event, setting the best time in the individual time trial on Friday between La Hoya and Playa Blanca, and also coming out on top on Saturday in the fast circuit around the central area of this southern tourist town.

Van de Steene completed the 7 km of the Salinas Race course on Friday in 9 minutes 33 seconds, a seriously impressive time. The times set by those coming in second and third were also impressive, with both managing to go under 10 minutes: Mathieu Bosredon with a time of 9:52, and Geert Schipper with a time of 9:57 min.

Saturday’s race consisted of completing as many laps as possible in 45 minutes, around the 2.2 km southern circuit. The race management decided to divide the handbikers into two starting groups, facing identical challenges in terms of time and distance. Jonas Van de Steene, who was in the first start group, won again by completing a total of 15 laps, achieving his best lap time of 3:21 on his very first lap.

In the second start group, the time was reduced to 15 minutes, after one of the handbikers suffered a crash. The athlete is in good health and was given his medical discharge on the same day. The Spanish athlete Luis Miguel Marquina finished top of the second start group, managing to do three laps in 17 minutes. Marquina clocked his best time of 3:41 in his first lap. 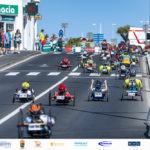 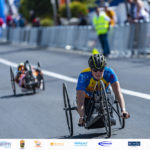 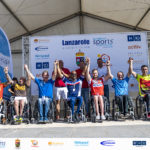