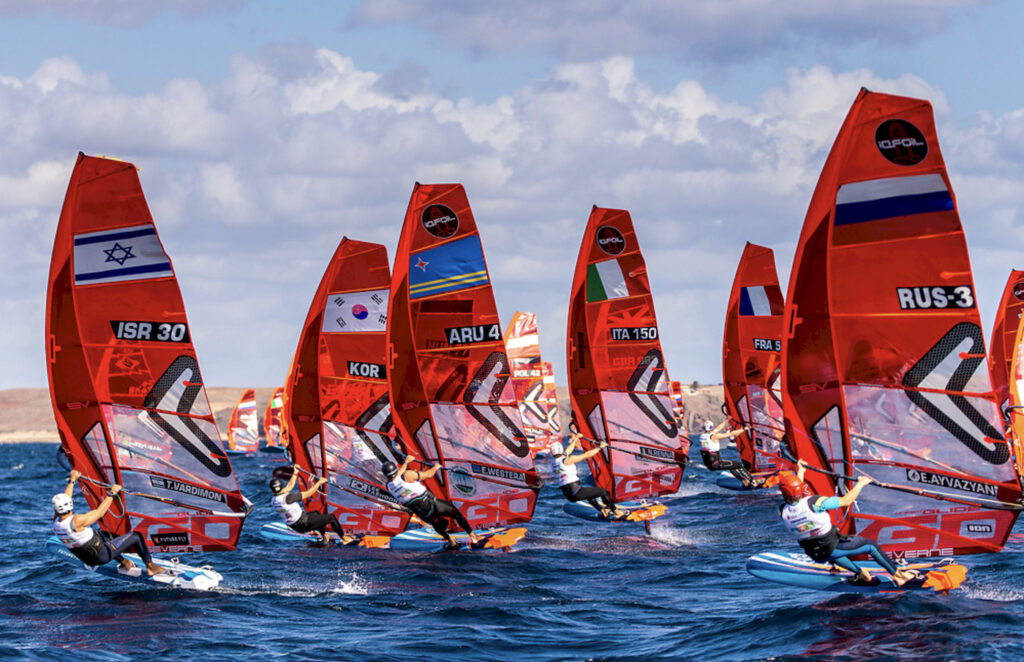 The island hosted the first event of the year in this sport’s international circuit, with unbeatable conditions that gave great pleasure to the participants.

Lanzarote was the chosen venue for the first event in the IQFoil world circuit, a qualifying event for the European Championship in Garda and the World Championship in Brest at the end of the year. The more than 100 participants provided a great spectacle over the 5 days of competition and the island once again showed itself to be the best regatta course in the world due to its benevolent climate, in addition to the wide possibilities that the regatta course offers with winds from different directions due to the steep terrain of the southern coast of Playa Blanca.

Spain’s Pilar Lamadrid and France’s Nicolas Goyard arrived at the medal race in the first position and held first place until the close of the Lanzarote competition.

Participants of 20 nationalities shared competition and training throughout the week and at the end they gave a very positive assessment of what the island has to offer. Gonzalo Costa Hoevel, secretary of the International iQFOiL Class Association, said that “Lanzarote offers fantastic conditions. Everyone is really happy. The island has shown us that it is an unbeatable setting for the practice of our sport.” 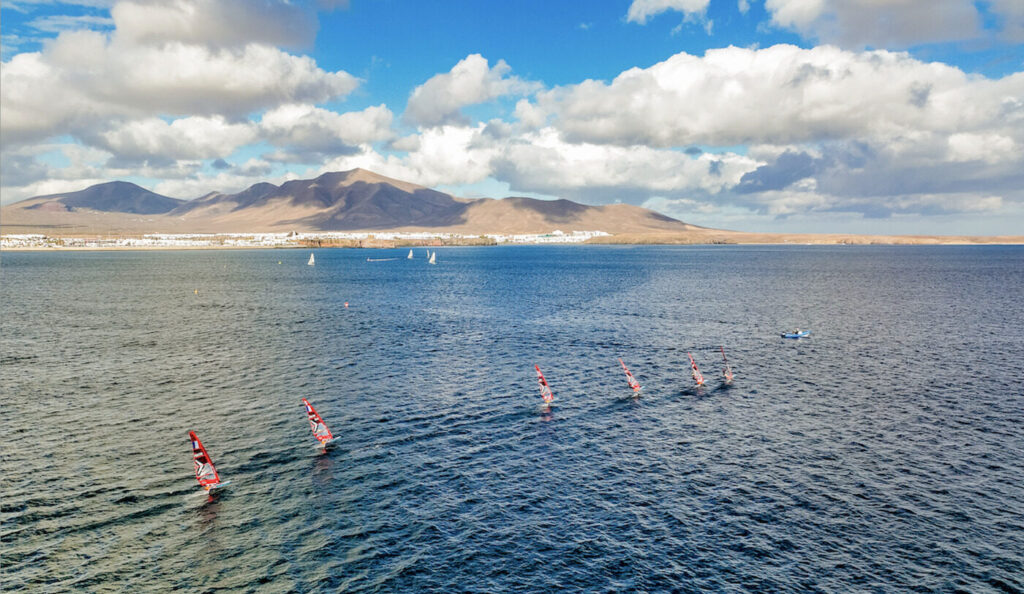 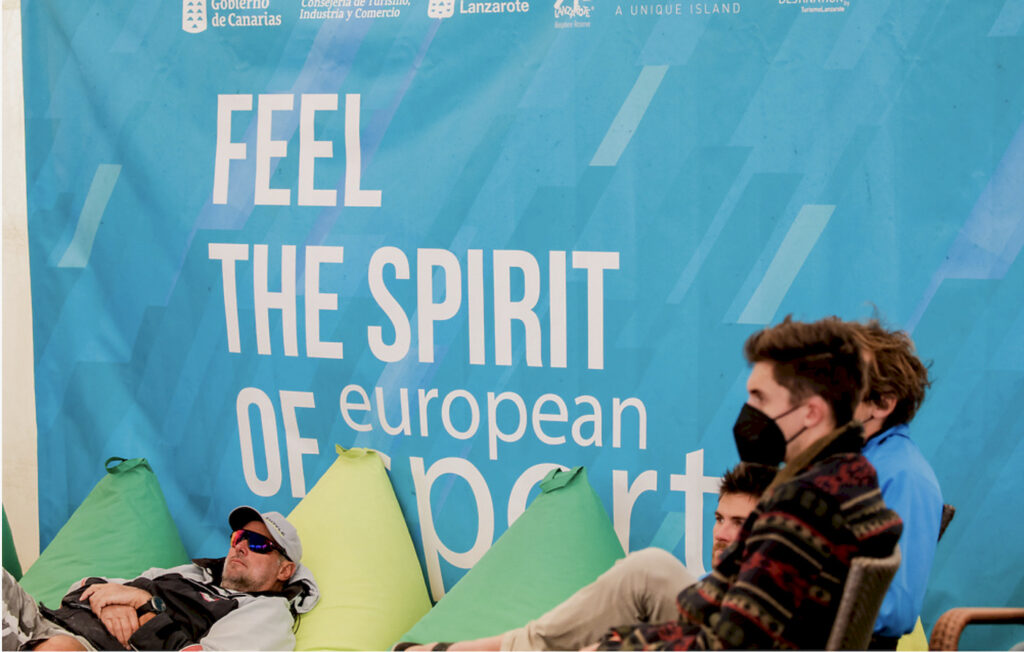 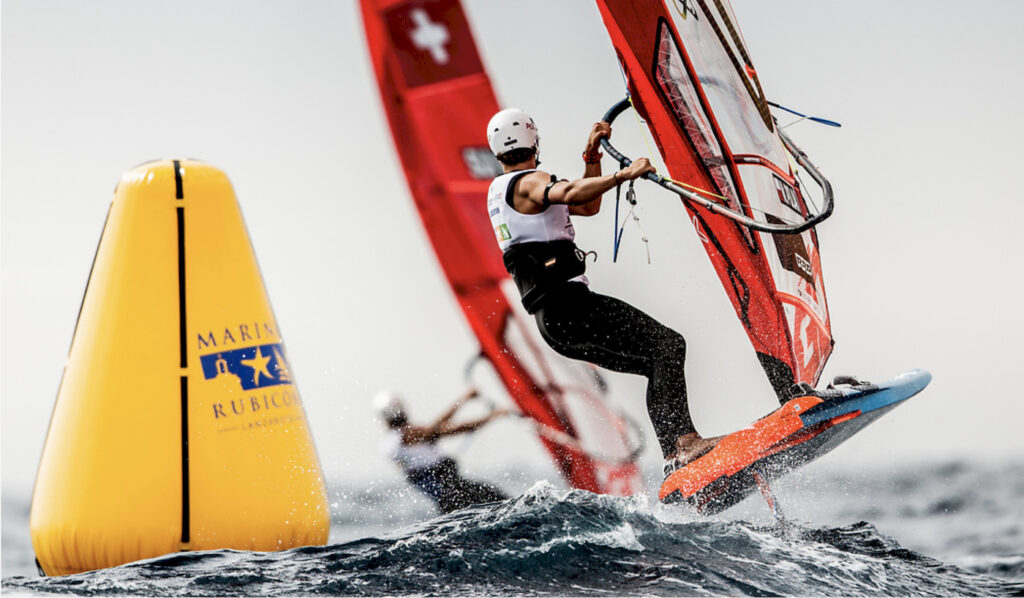 France’s Thomas Goyard, current silver medallist at Tokyo 2020, confirmed that “the island is really incredible, especially for surfing, but also for other outdoor sports such as diving or cycling, even for skydiving.”

The winner of the event, Pilar Lamadrid, also had good words for the island: “We’ve been training in Lanzarote for a few months now and we couldn’t have enjoyed it more, as the island has welcomed us with open arms and so has the wind.” 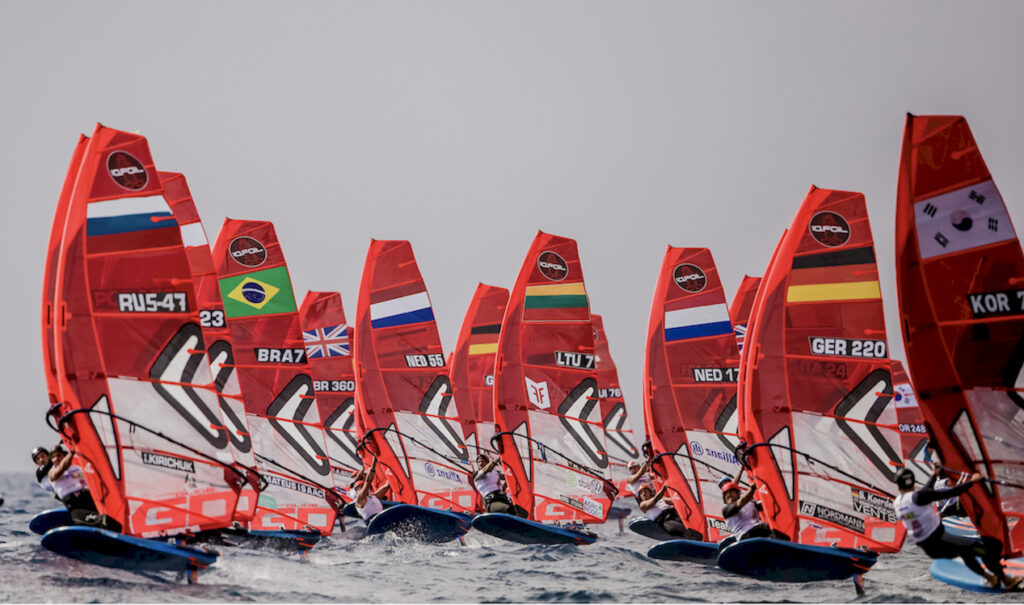 The participants had to push themselves to the limit during the 5 days of competition in winds of between 12 and 24 knots. Both men and women had the opportunity to compete in the 3 different formats that exist in this class: upwind/downwind (racing), marathon (long distance) and slalom (zigzag).

This modality will be premiered in the Olympic Games in Paris 2024, and you can be sure that this week the future Olympic medallists have been participating in Playa Blanca. 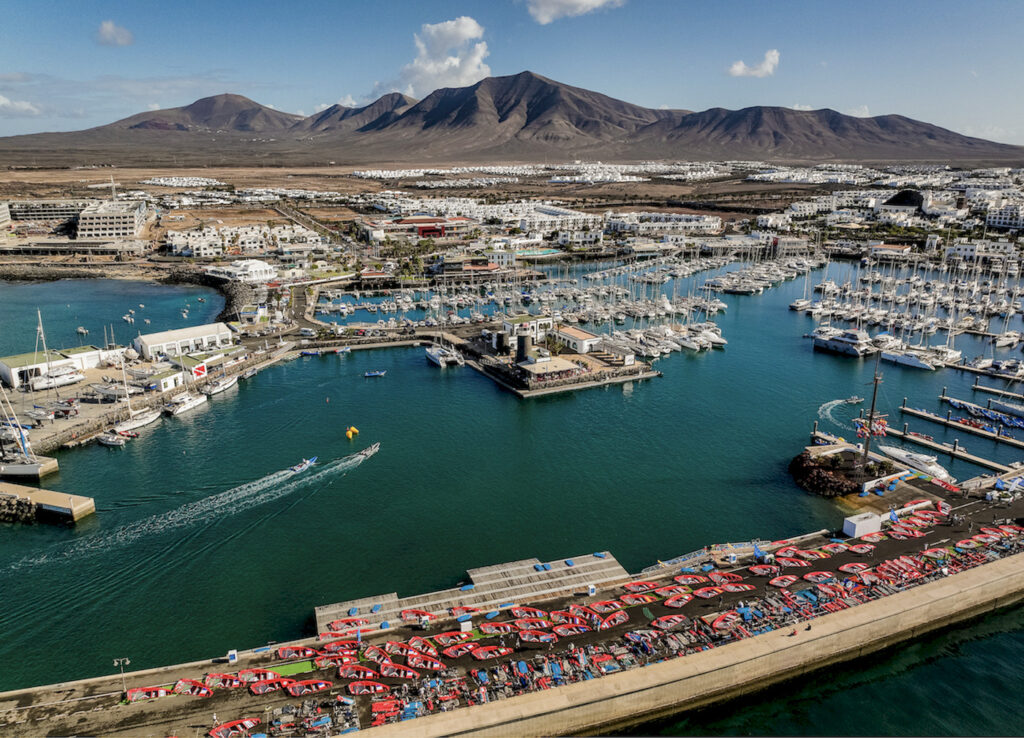 Puerto Marina Rubicón (Playa Blanca) was the epicentre of the competition with facilities that have been improved in recent years to host international events, offering services and staff that meet the needs of the most demanding athletes. The work of Dinghycoach, in charge of the logistics of the event, has been outstanding, with their work positively evaluated by the participants, due to them always being ready to help in case of any unforeseen eventuality of the participants, both in and out of the water.

The trophy ceremony closed this first edition of the Lanzarote iQFoil Games. In the women’s category, the first position went to Pilar Lamadrid, second place to Marion Mortefon and third to Lucie Belbeochu. In the men’s category, Nicolás Goyard took his place on the top of the podium, accompanied by Brazilian Mateus Isaac and British Finn Hawkins, who took second and third respectively.

This next week we have another great event on the island, the II Lanzarote Foil Challenge, which is a regatta that will go around the island of Lanzarote in WindFoil. Also, in two weeks, the island will host a new edition of the Lanzarote International Regatta in which you can once again see the best sailors in the world compete, this time in different sailing modalities. Together these events position Lanzarote as the preferred destination for sailors in the winter season, as well as one of the destinations with the most interesting and complete competitive calendar in Europe.