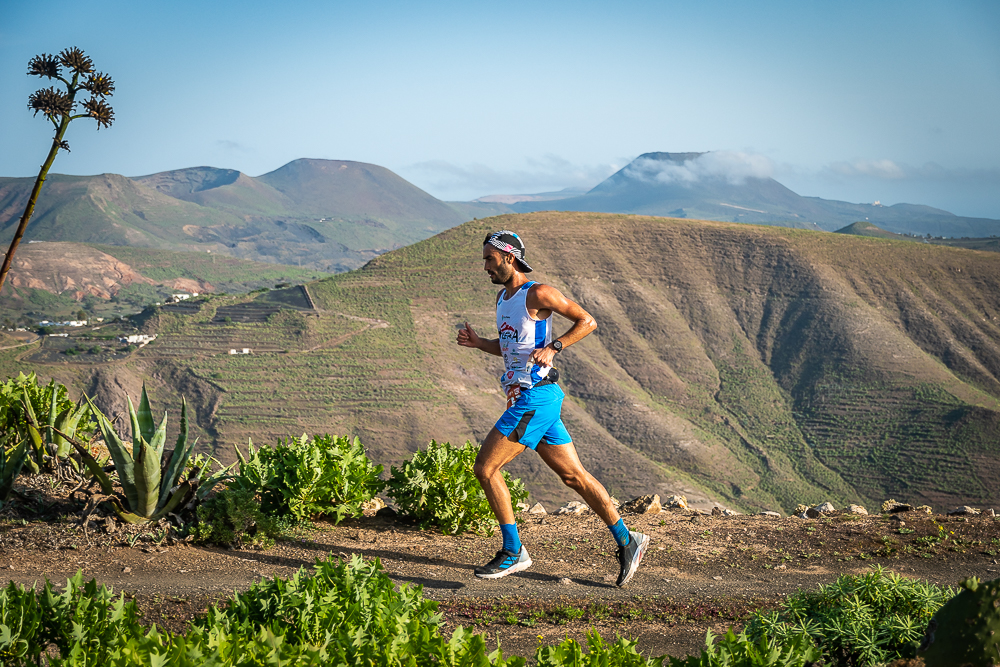 A dream weekend was spent in the north of Lanzarote with the second edition of the Haría Titán. Trail lovers are in luck with a new year in which the conditions are back to being optimal to enjoy a fun-sporting day that meets the highest quality sporting guarantees.

Regardless of each of the chosen disciplines, on the 12th of November there was a new triumph in the northern municipality. The winners on the podium were María del Pilar Sosa (5:52:30) and Nico Dalcolmo (4:15:25); Estela Guerra (2:11:51) and Herbert Bolaños (1:56:22); and Micaela Ruíz (1:27:07) and Ávaro Escuela (1:03:38), who were the winners in the women’s and men’s categories of the 42, 22 and 14 km distances, respectively. But the triumphant atmosphere was extended beyond the race and the race bibs, with the Plaza de Haría celebrating a party with the arrival of each runner. This contagious energy came from a race that went off without a hitch and which was once again accompanied by splendid weather conditions. 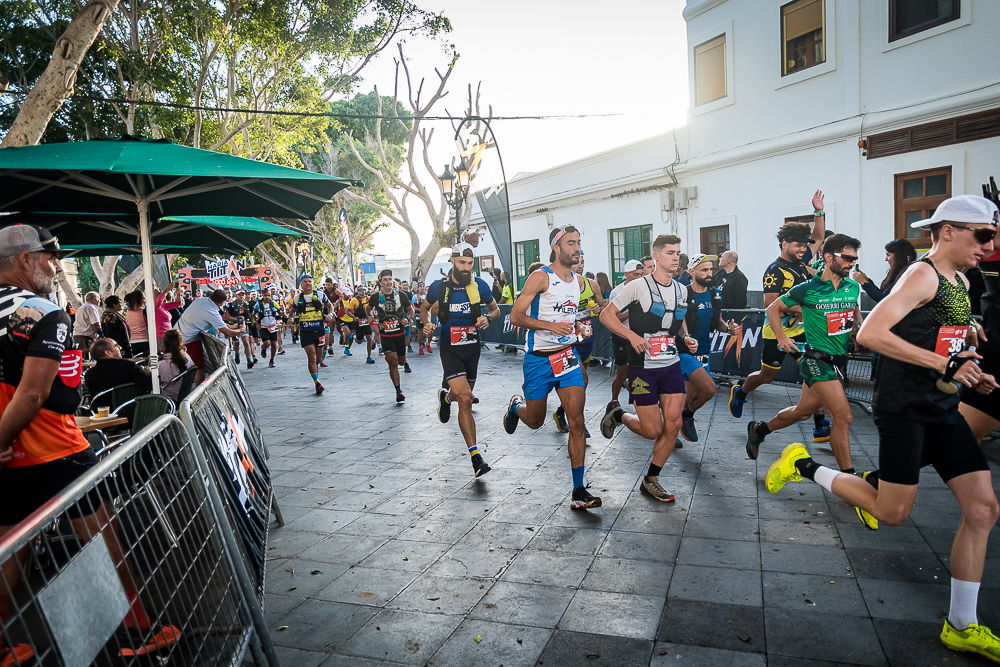 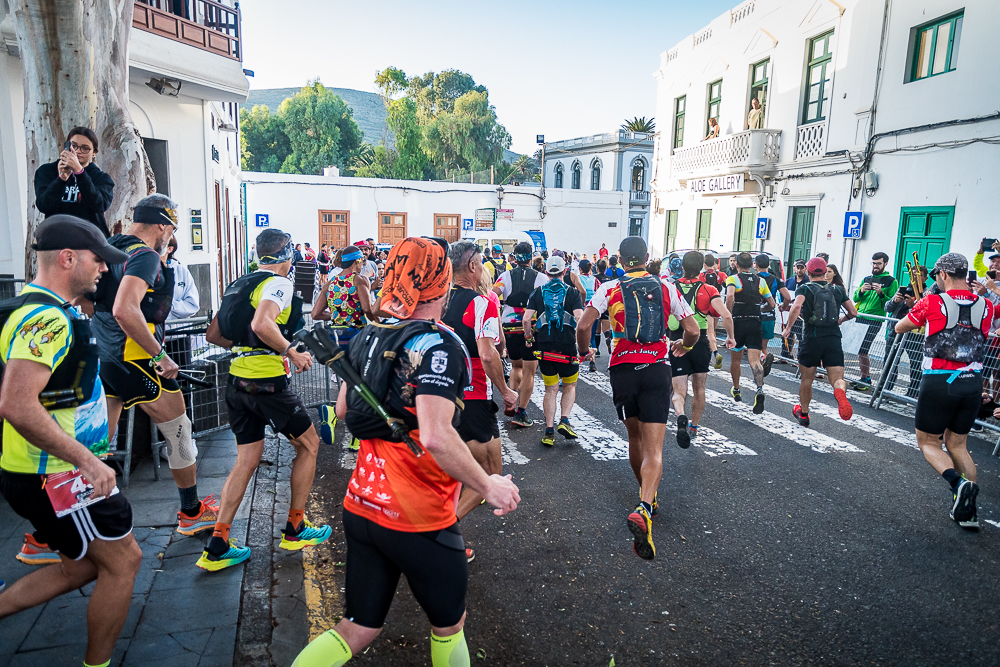 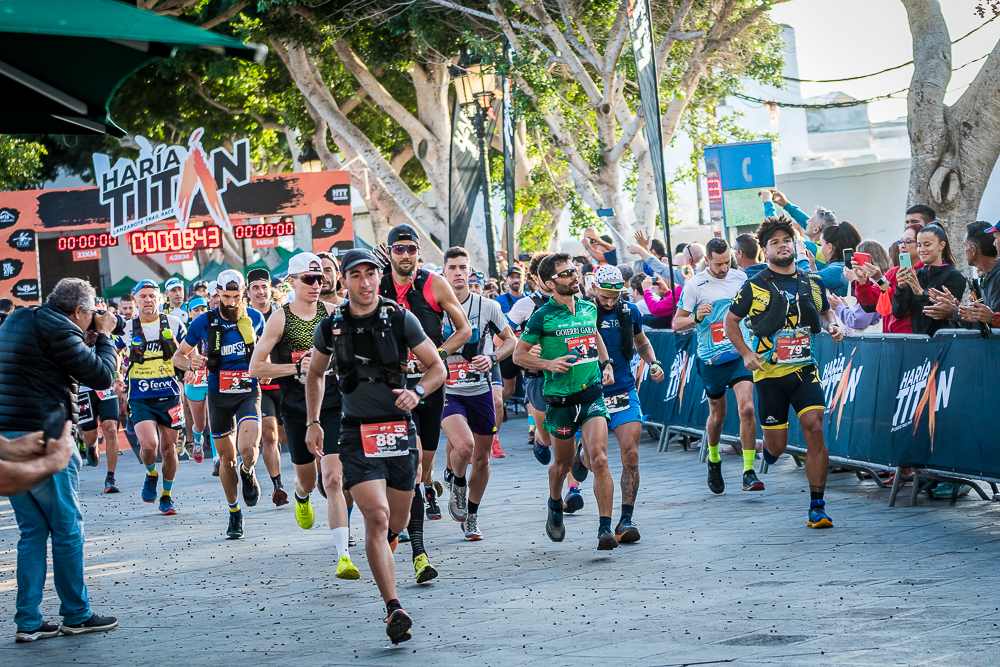 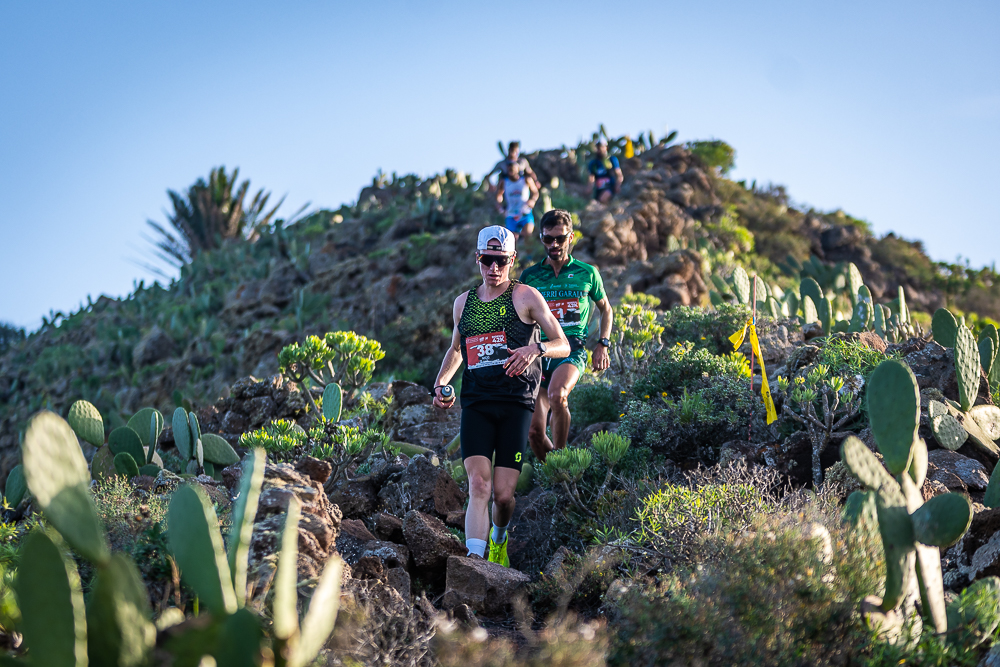 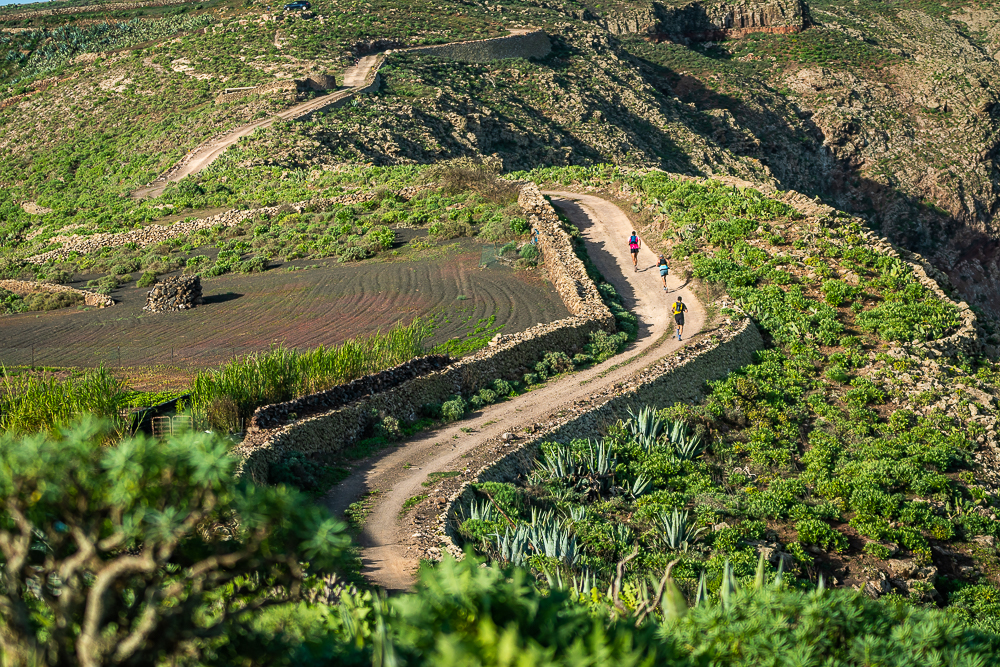 The municipality of Haría did not disappoint with a clear and sunny sky that invited passers-by and onlookers to join the already large group of participants, supporters and fans who had once again opted for an event that combines sport and nature, promoting an environmentally friendly practice in which there is room for everyone. Be it for the youngest athletes, who also had the opportunity to take part in the Haría Titán with a modality dedicated entirely to them; advanced and professional athletes or trail runners who are just starting out and who find in Haría Titán a way to meet their demands and sporting goals. 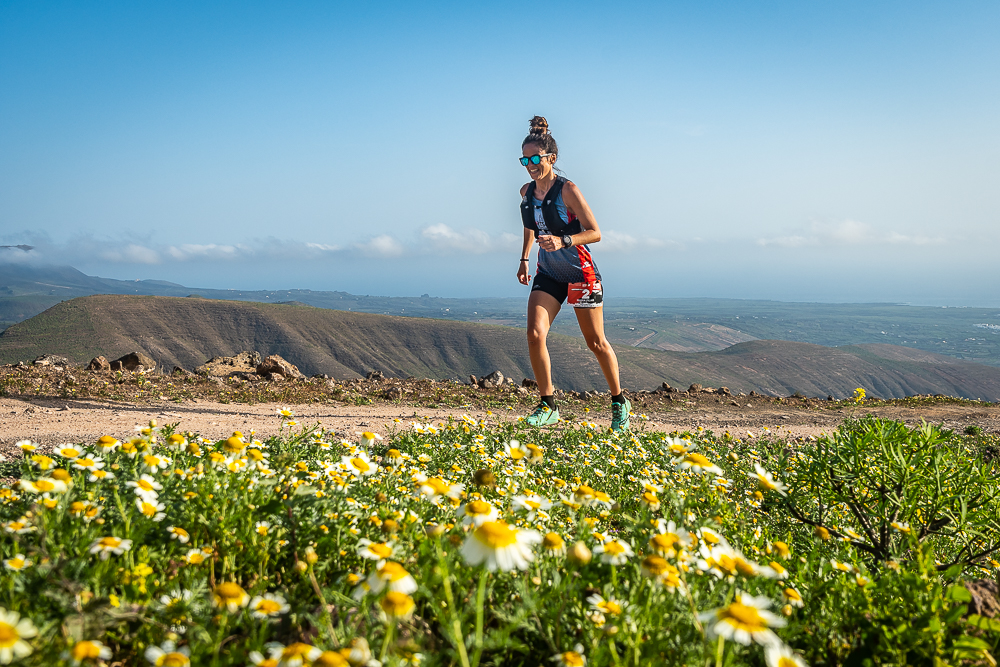 The number of participants who wanted to become titans exceeded 600 runners. But the clearest indication that the Haría Titán once again exceeded expectations is to be found in the countries represented, with athletes from all over the world who took the opportunity not to miss this new edition, with the colours of the flags of Germany, Italy, France, England, Belgium, the Netherlands, Slovenia and Finland. The whole of Europe can’t be wrong when it comes to the Lanzarote municipality to enjoy trail running in Haría. 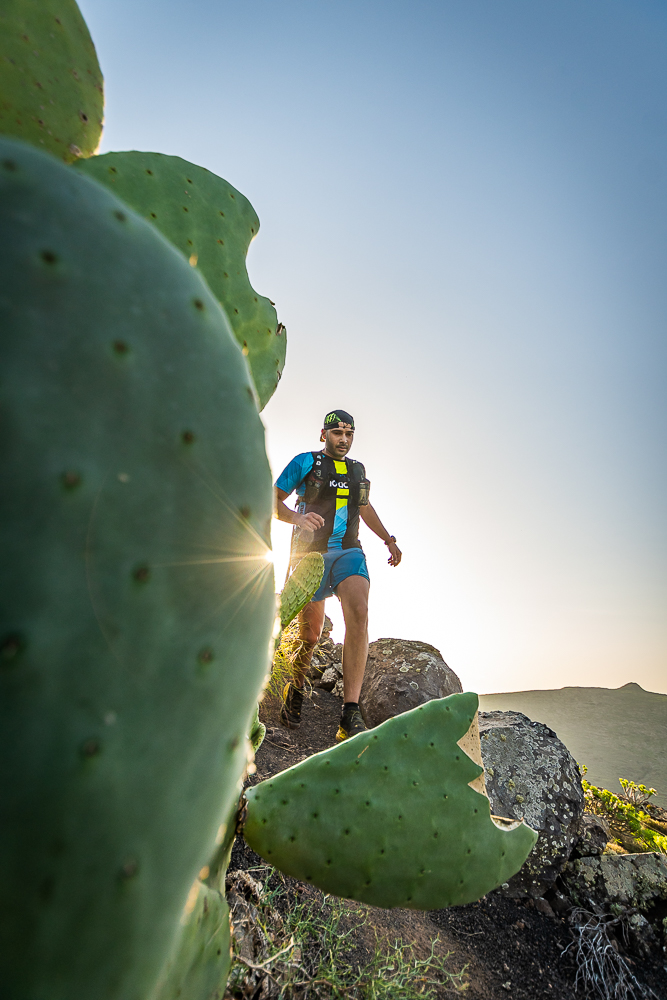 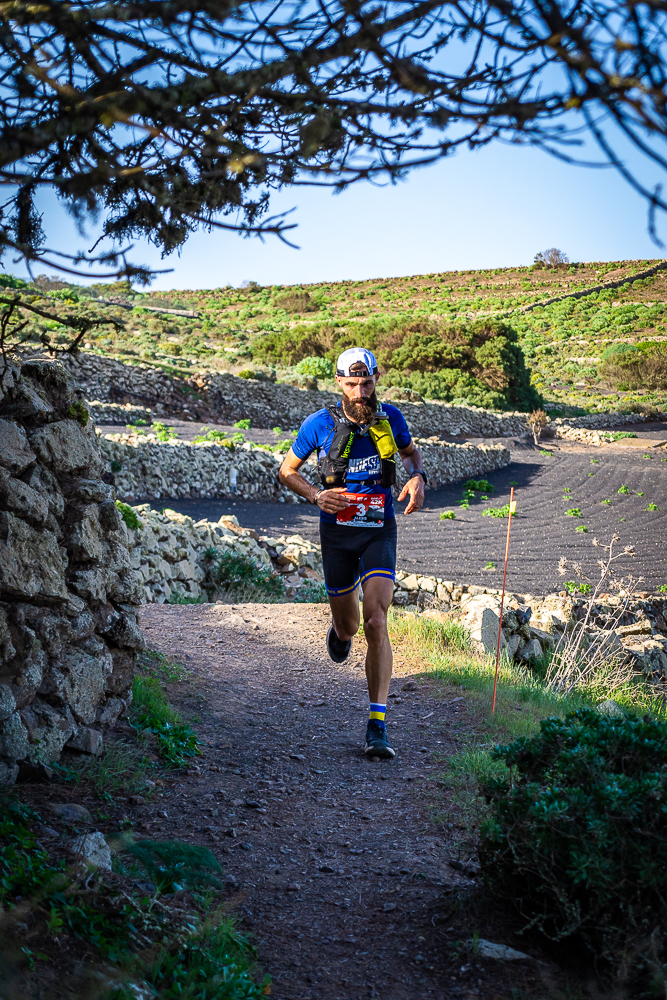 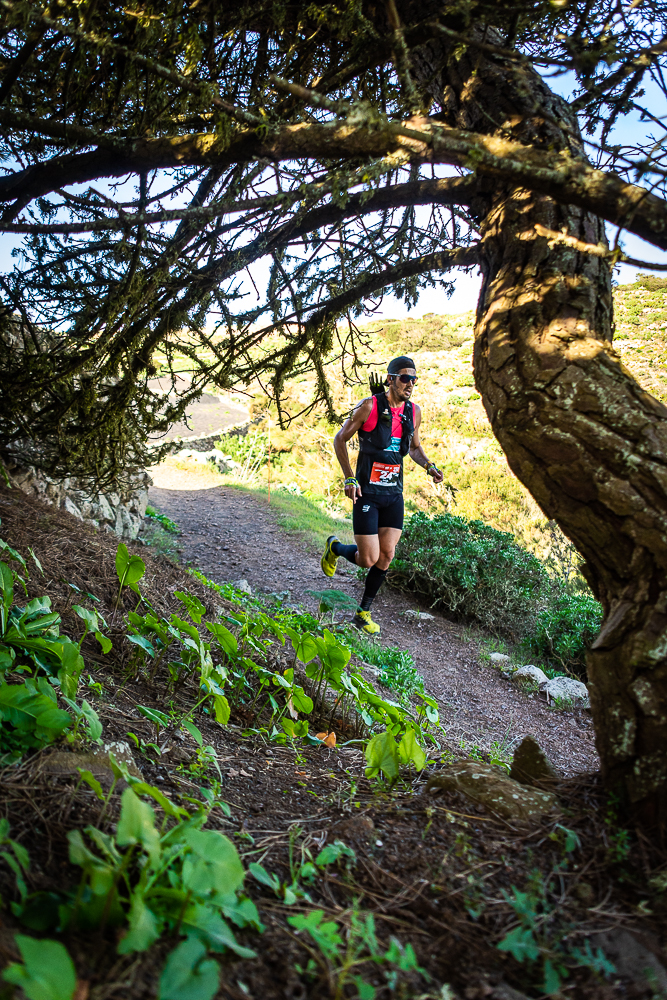 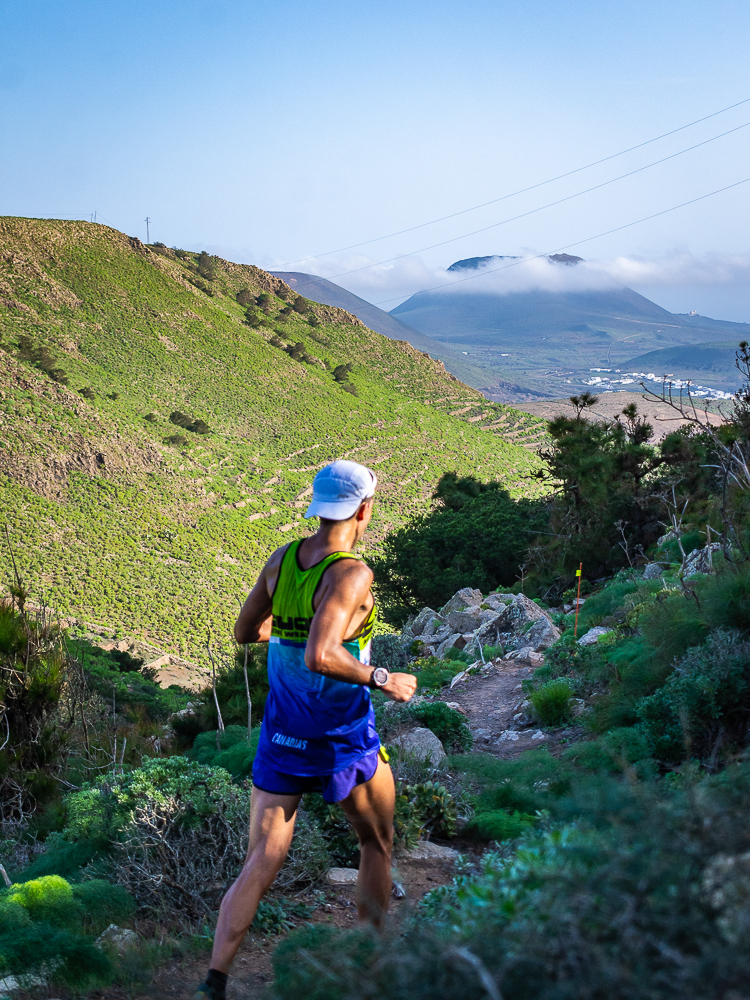 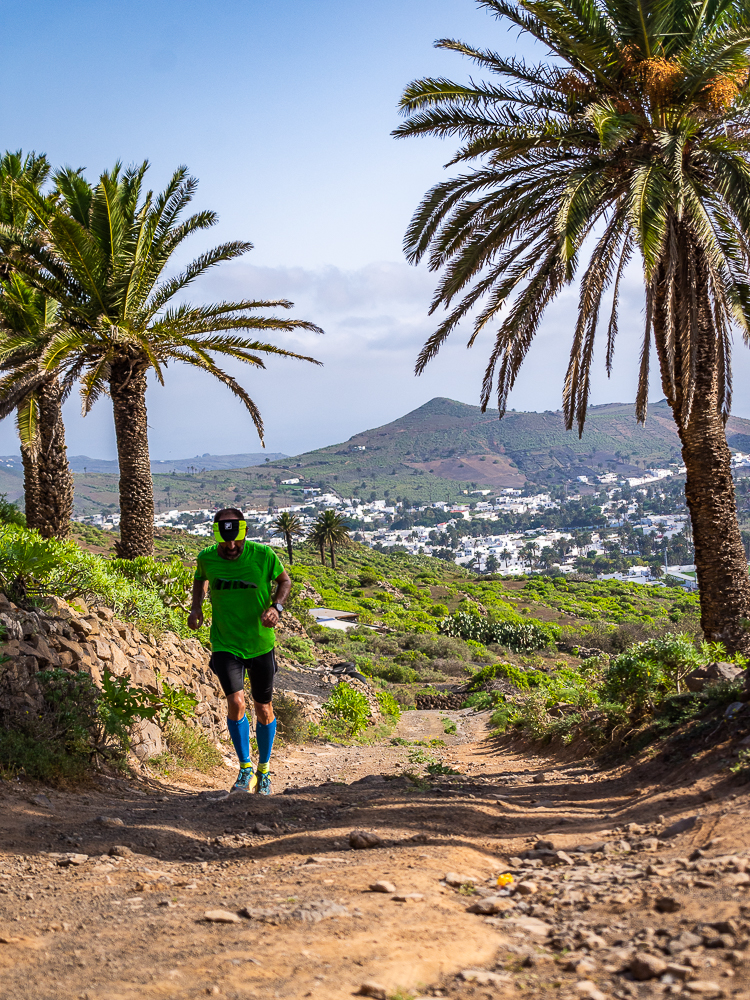 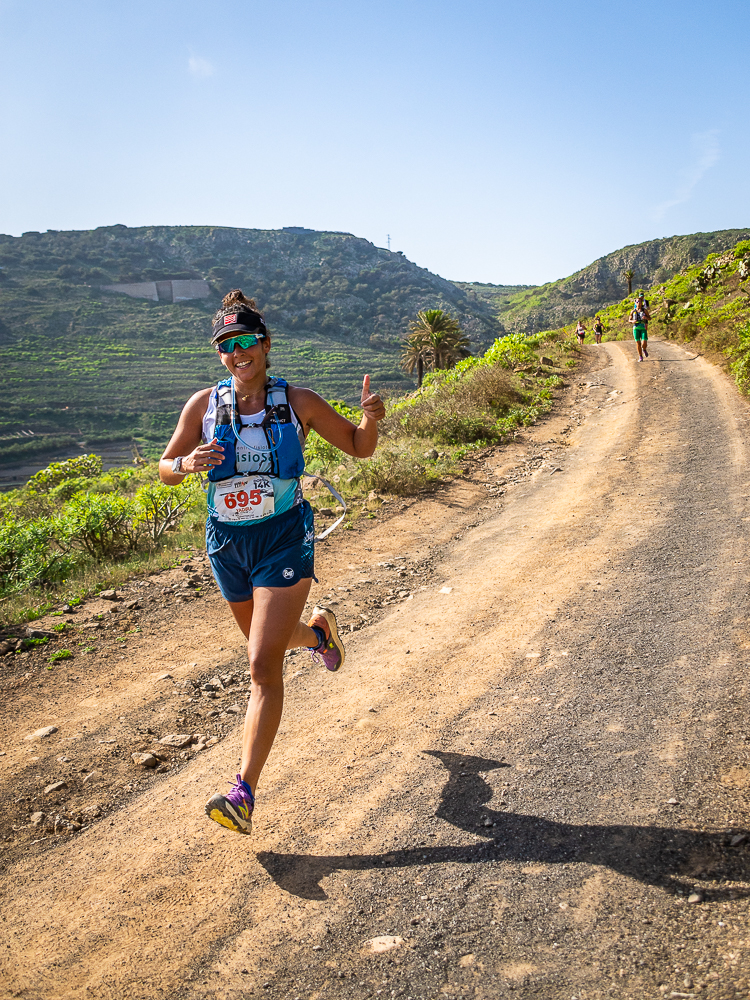 The numbers are no longer surprising, and the island’s landscape is once again one of the main sporting attractions. In addition to the magnificent conditions, the runners were also able to enjoy the striking singularity of the spectacular mountains of the north of Lanzarote, with images to remember, among which were also the views of the Chinijo Archipelago, as a backdrop. That is why both fans and runners speak of the Haría Titán as an ideal race to enjoy the scenery. 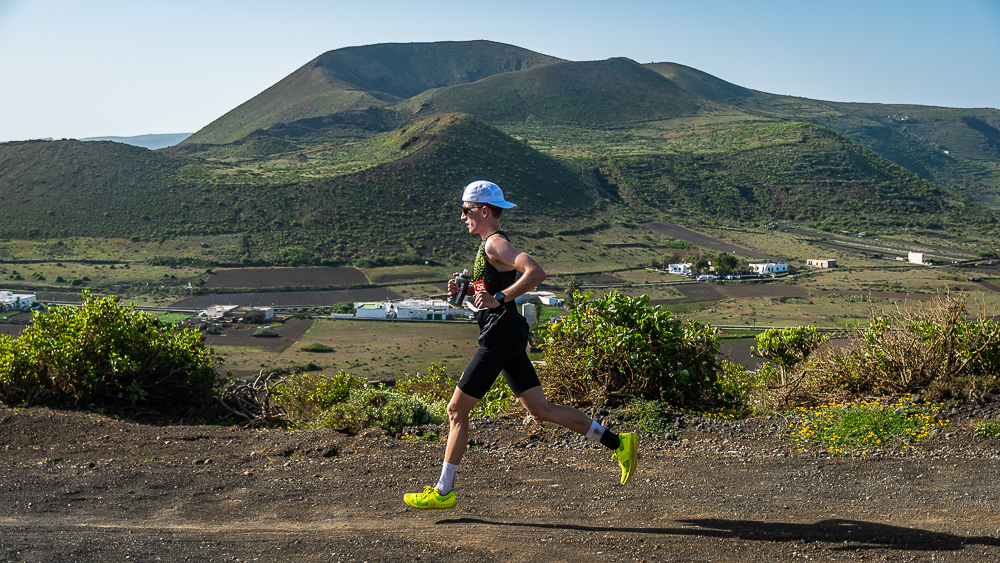 The picture-postcard sight during the descent of the Famara cliff along the Camino de los Gracioseros was again impressive, even more so with the subsequent ascent to the Mirador de Guinate, where the participants had to do their best for a test that also knows how to be competitive. 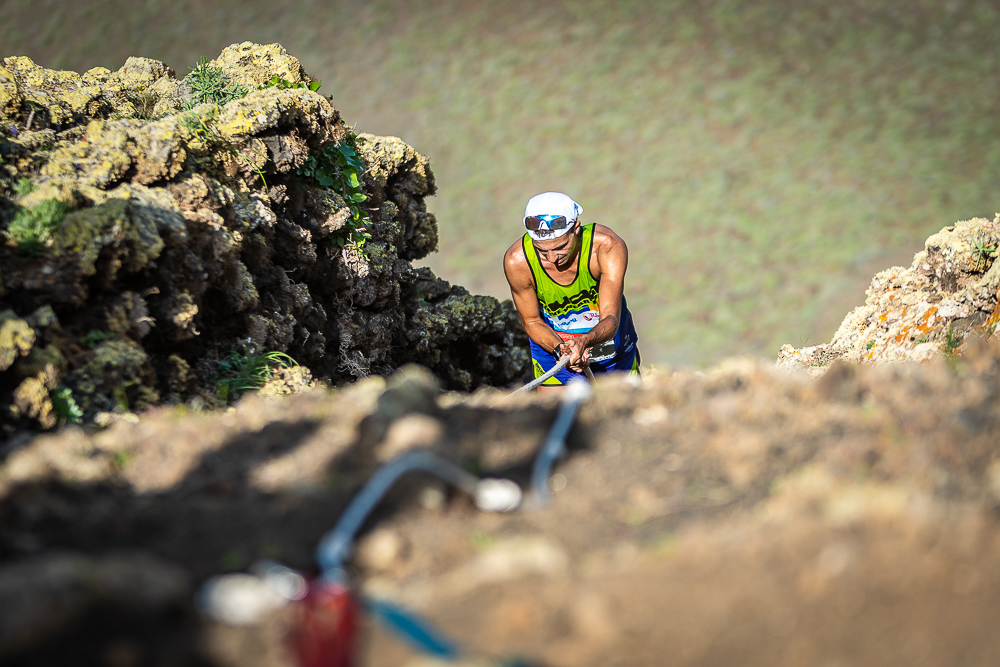 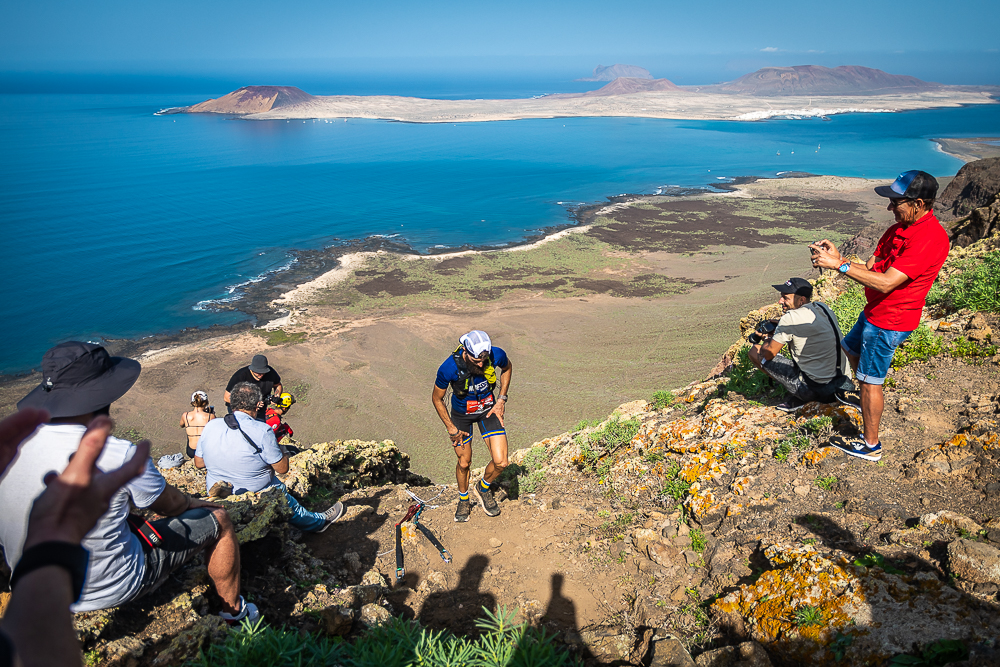 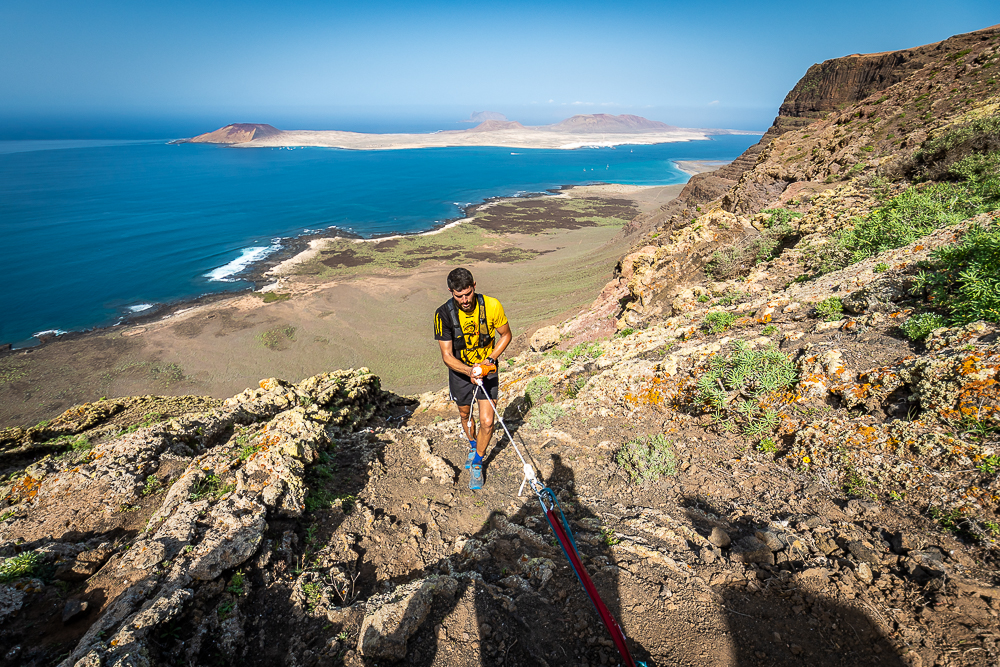 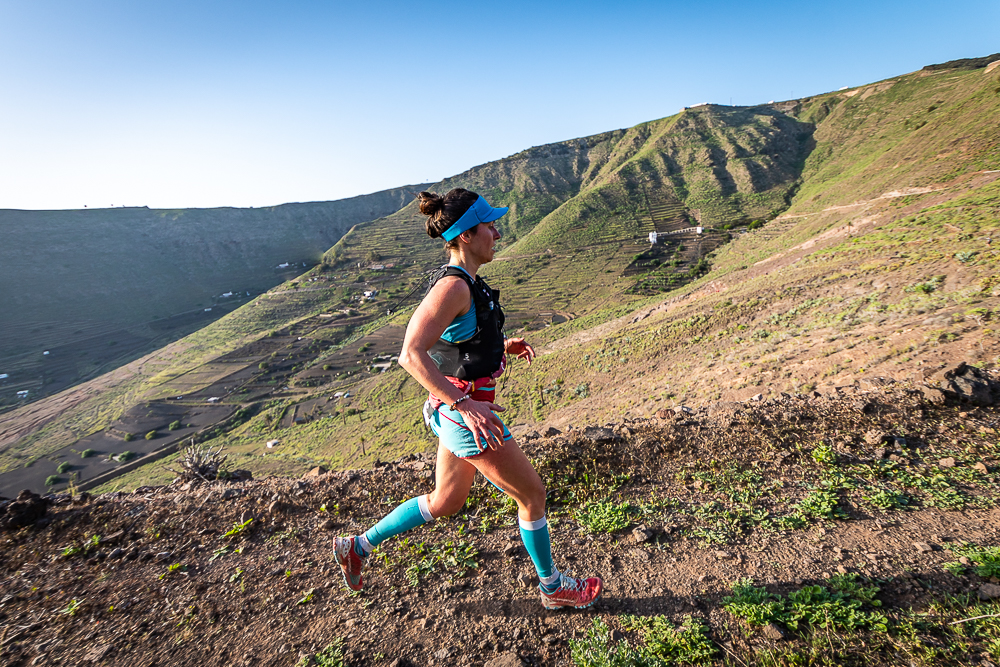 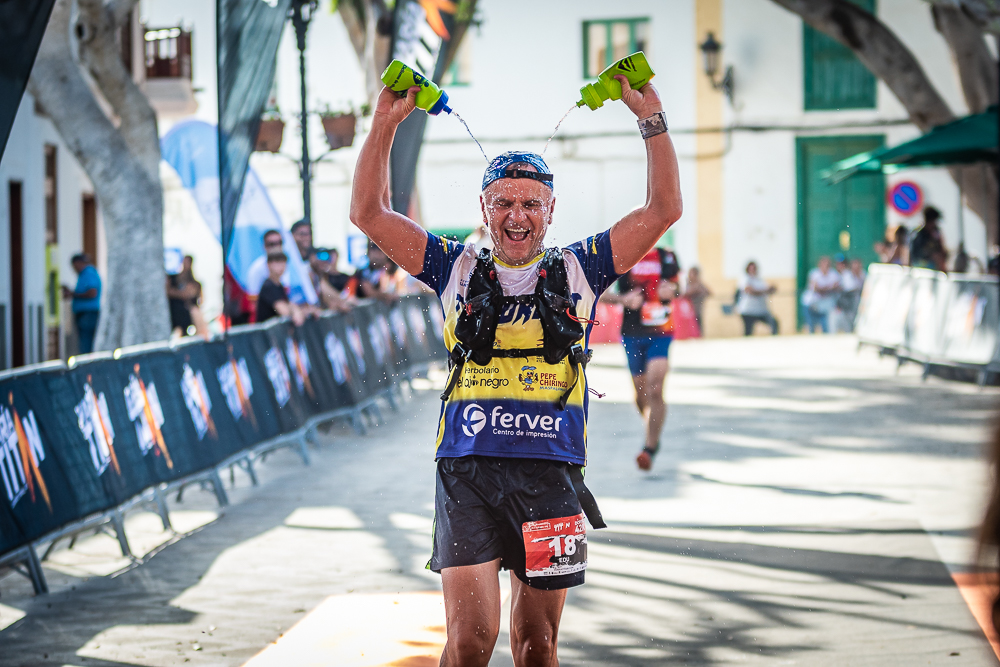 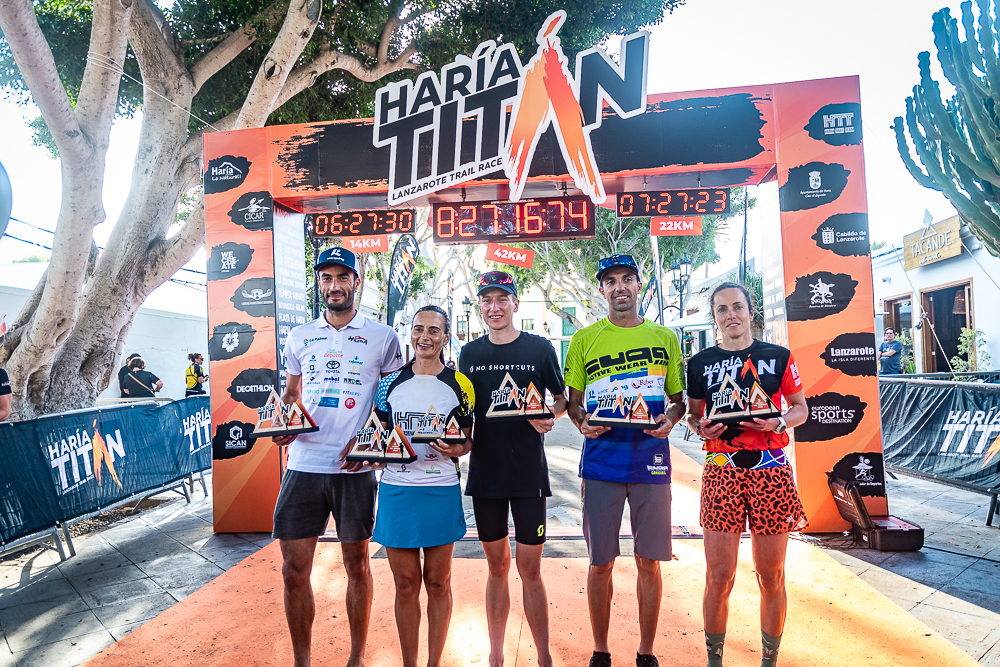 As it could not be otherwise, the La Corona Volcano was one of the highlights of this second occasion with its breathtaking landscape that left no one indifferent. Meanwhile, the Plaza de Haría was waiting as a goal. In it, moments full of many emotions were experienced between runners, partners and fans who once again left a new success that transcends sports.