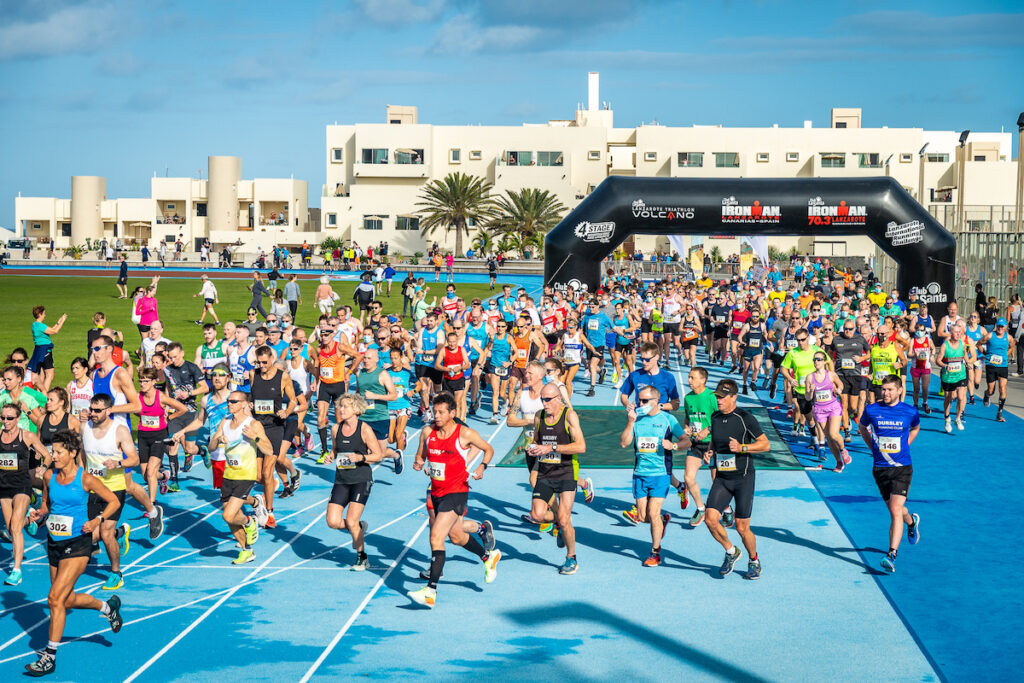 In the middle of the winter season in Europe, there is one place where you can celebrate outdoor events with temperatures around 23ºC on average and completely clear skies. These are the weather conditions that Lanzarote enjoys during the winter months. Fully aware of this advantage offered by the easternmost island of the Canary Islands, Club La Santa has just held the 33rd edition of the Lanzarote International Running Challenge. The event consists of four races that take place on four consecutive days, over different surfaces and distances. In addition, the Night Run, a lively and popular night race aimed at all levels and ages, signalled the start of the event. 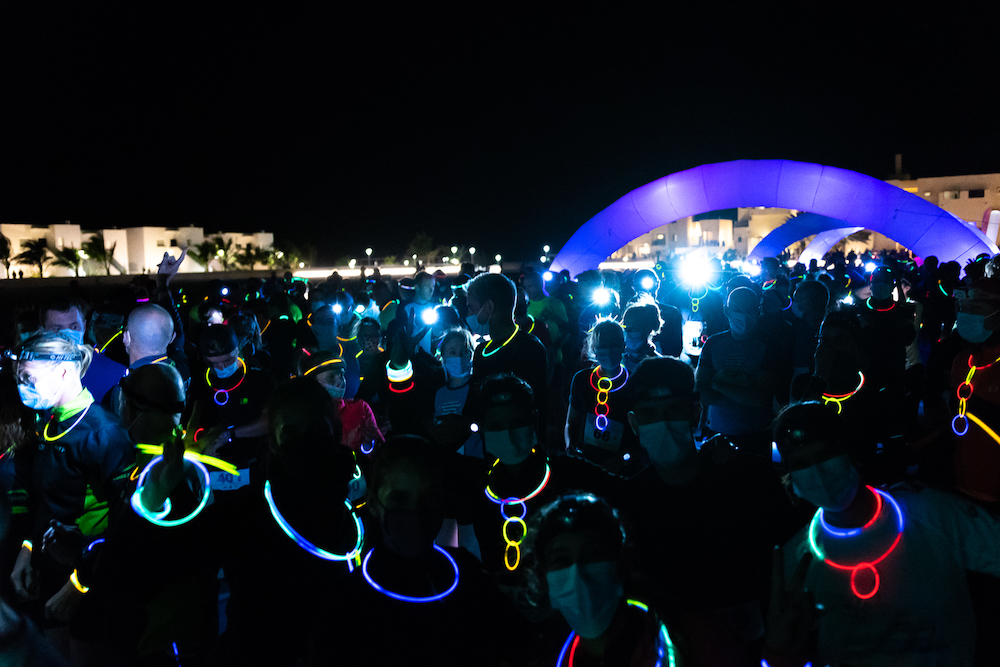 On the first day of the competition, the 500 participants had to face the 10K Vince Regan Memorial Classic Road around the Club La Santa, overlooking the coast of the village of La Santa, where the best surfers from around the world come to catch the famous wave of El Quemao. The day passed in bright sunshine that was well received by the athletes. The winner was Jordan Clay, who finished in a time of 00:31:30. In the women’s category, the winner was Louise Lund Nielsen, with a time of 00:38:13. In the team competition, Slightly Younger Milton Buzzards won the men’s race, while in the women’s category Sports World 1 topped the podium.

For the second stage, the organization had prepared the 13K Ridge Run, with a route that would give athletes the experience of running next to one of the volcanoes located a few kilometres from Club La Santa. Visiting volcanoes is one of the most popular activities here, and Timanfaya National Park, located in the south of Lanzarote, is one of the most visited places on the island. In the Ridge Run, Kasper Laumann (00:44:50) was the winner, while in the women’s category Kate Kelly (00:54:09) took first place. For teams, Slightly Younger Milton Buzzards and Sports World 1 won in the men’s and women’s categories, respectively. 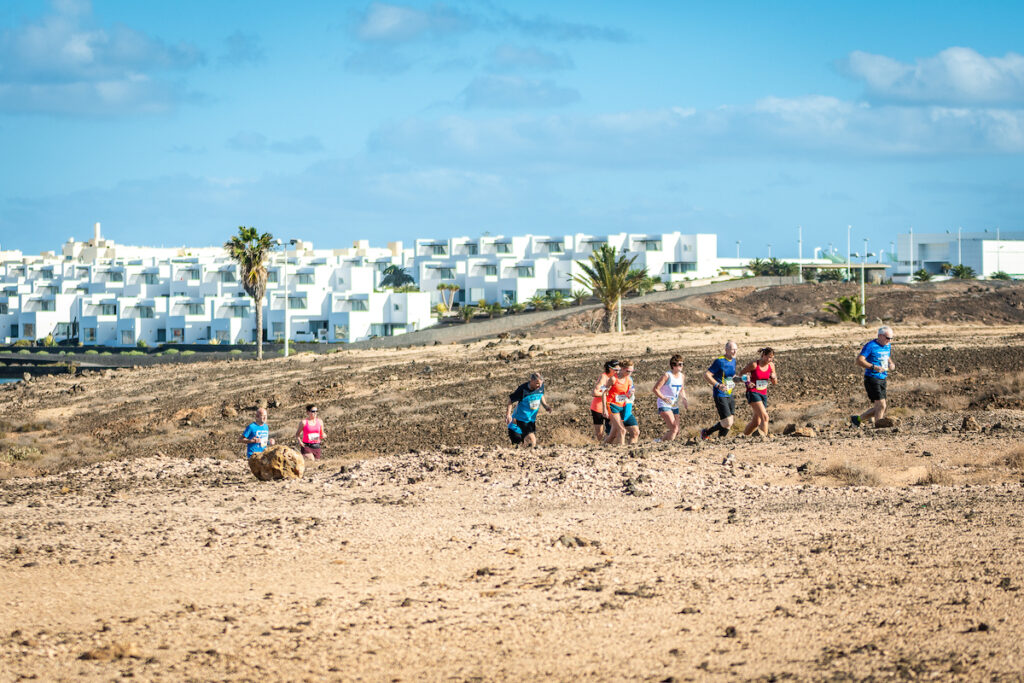 On the third day it was time for the participants to go to Puerto del Carmen, with its white sandy beaches and summer weather 365 days a year, plus temperatures that make it hard not to end up in the water. On this day athletes had to face the “5K Beach Race“, a short distance course, but with the difficulty of having to run on the sand of Los Pocillos and under the blazing sun. Malte Kjær, with a time of 00:17:02, and Louise Lund Nielsen, with a time of 00:15:57 were the fastest on this day. In the teams, the victory again went to Slightly Younger Milton Buzzards in the men’s category and Sports World 1 in the women’s category. 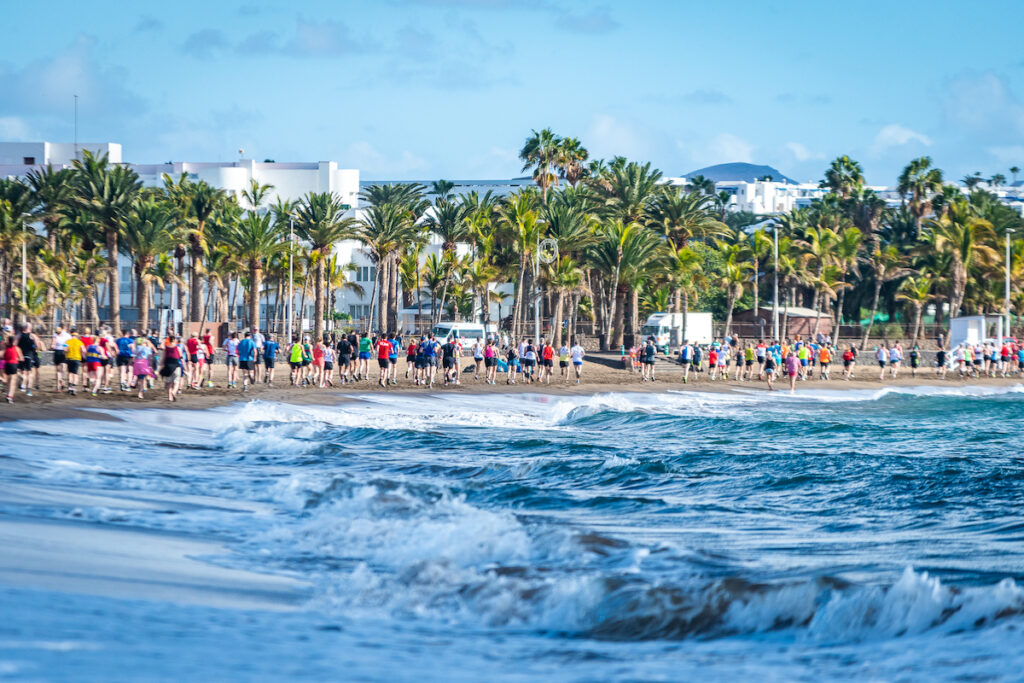 The fourth stage of the competition took place between Club La Santa and the village of Tinajo, and participants had to run a distance of 21K with Tinache mountain playing a starring role, accompanied by a volcanic landscape that served to awaken the emotions of the runners.  In this stage, Jordan Clay and Louise Lund Nielsen were proclaimed winners. The men’s winning team was again Slightly Younger Milton Buzzards, as was the women’s Sports World 1.

The overall tally of the four races of Club La Santa’s Lanzarote International Running Challenge saw Jordan Clay, Kasper Laumann and Rob Elmore as the top finishers in the men’s category. In the women’s category, the general classification finished with a podium formed by Kate Kelly, Louise Lund Nielsen and Sarah Flanagan.

This event brought Club La Santa’s 2021 calendar of events to a close and once again demonstrated its commitment to sport, active life and the celebration of events that place the island at the centre of the world of sport’s national and international scene.