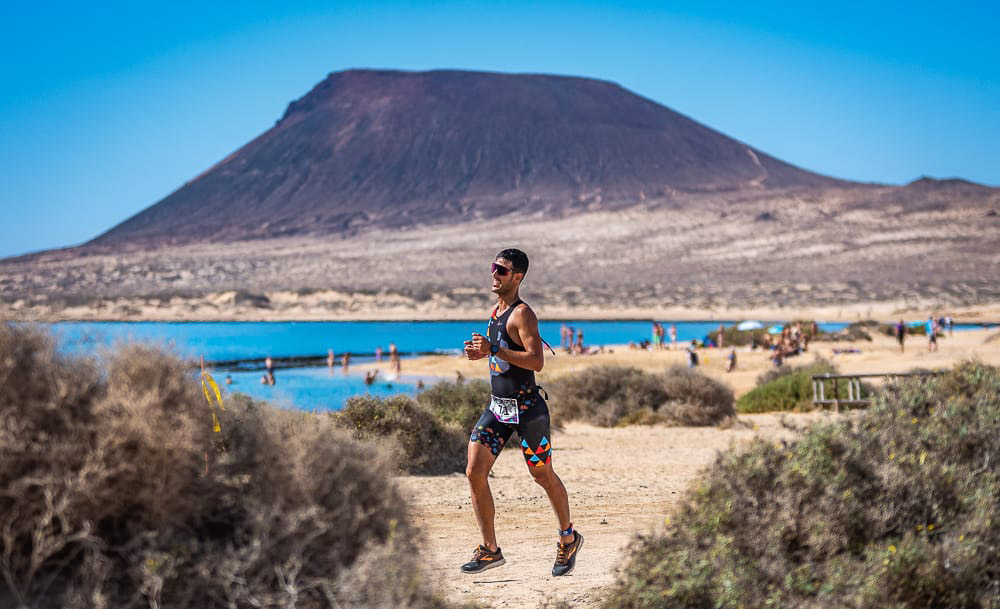 Last weekend the ninth edition of the Desafío Octava Isla was held in La Graciosa. The event was composed of two days of competition in which participants face a cross triathlon on the first day and a trail race on the second. The nearly 500 participants enjoyed almost summer weather, with the thermometer reaching over 25 ºC in some moments of the weekend, magnificent conditions that ensured that participants and their companions enjoyed the weekend.

In this edition the triathlon consisted of a 1000 m swim, 20 km bike ride and 6 km run. For the trail race on the second day, the organisation had prepared three distances: 31 km, 20 km and 8 km. The format of this competition allows participants to choose to do only the triathlon, do any of the three distances of trail running or do the complete Challenge that consists of combining triathlon and trail. The athletes who win the triathlon and the 31 km trail race become the overall winners of this event.

This small island located to the north of Lanzarote has become an attraction for those seeking the perfect combination of sport and nature in recent years. The epicentre of the event is located in Caleta de Sebo, a place where time has stopped, leaving corners that take you back to another era, with a natural charm that does not go unnoticed by visitors. 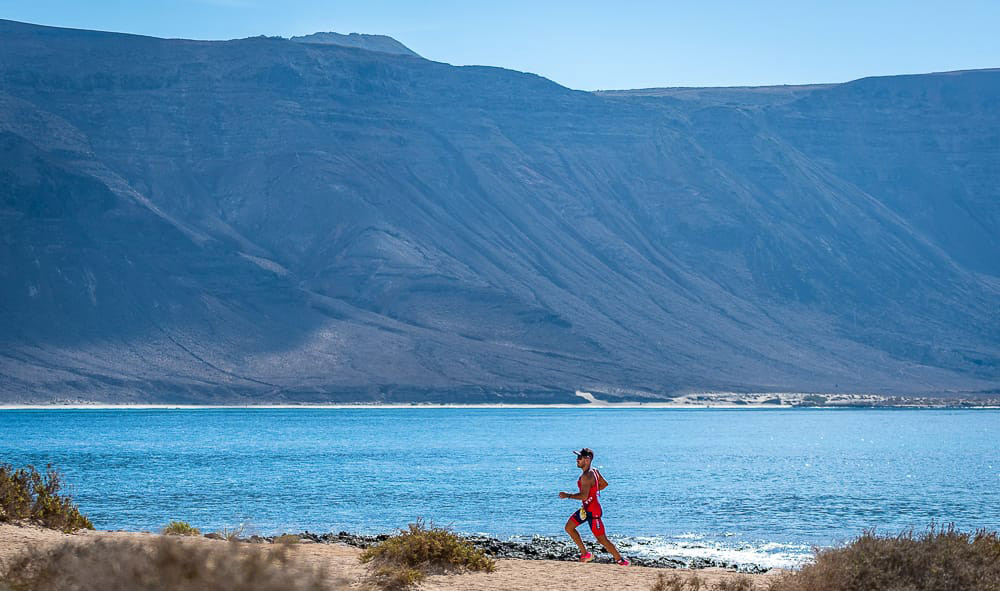 The triathlon swim takes place on the village beach, allowing companions to follow the course of the race very closely at all times, while enjoying a drink in one of the restaurants located right by the shore. Applause and shouts of encouragement break the monotonous silence of a place that is accustomed to hear only the horns of the boats that transport passengers from Órzola (Lanzarote) to La Graciosa, this being the only option to reach the island.

The cycling segment of the cross triathlon, as well as the 20 km and 31 km trail routes, runs through a large part of the island. Participants pass through Pedro Barba, the oldest settlement on the island, where there are still a dozen houses and a small port; they also cross the sandy Playa de la Lambra and the impressive Playa de Las Conchas, located in the north of the island. 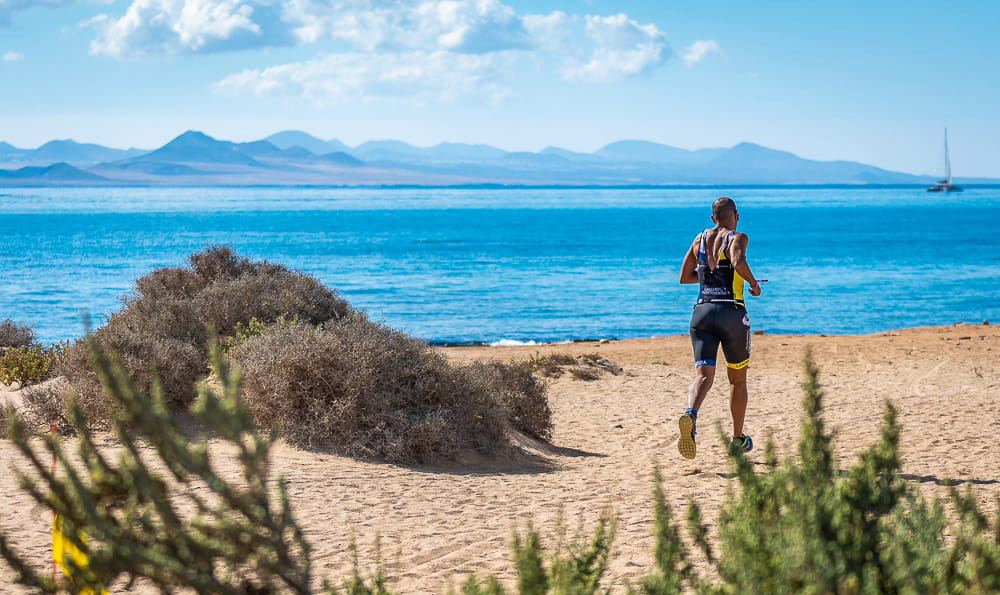 The finish line is located in one of the central streets of Caleta de Sebo and a great sporting atmosphere is generated with smiles and hugs on offer after achieving the goal. In this edition the winners of the Desafío Octava Isla (Cross Triathlon + Trail 31 km) were Nicholas Ward (02:02:49) and Noelia Robles (03:05:52).

The real success of this event – whose places are filled within days of registration opening – is the location where it takes place, because La Graciosa is a tiny paradise where you can enjoy sport and small family getaways 365 days a year.