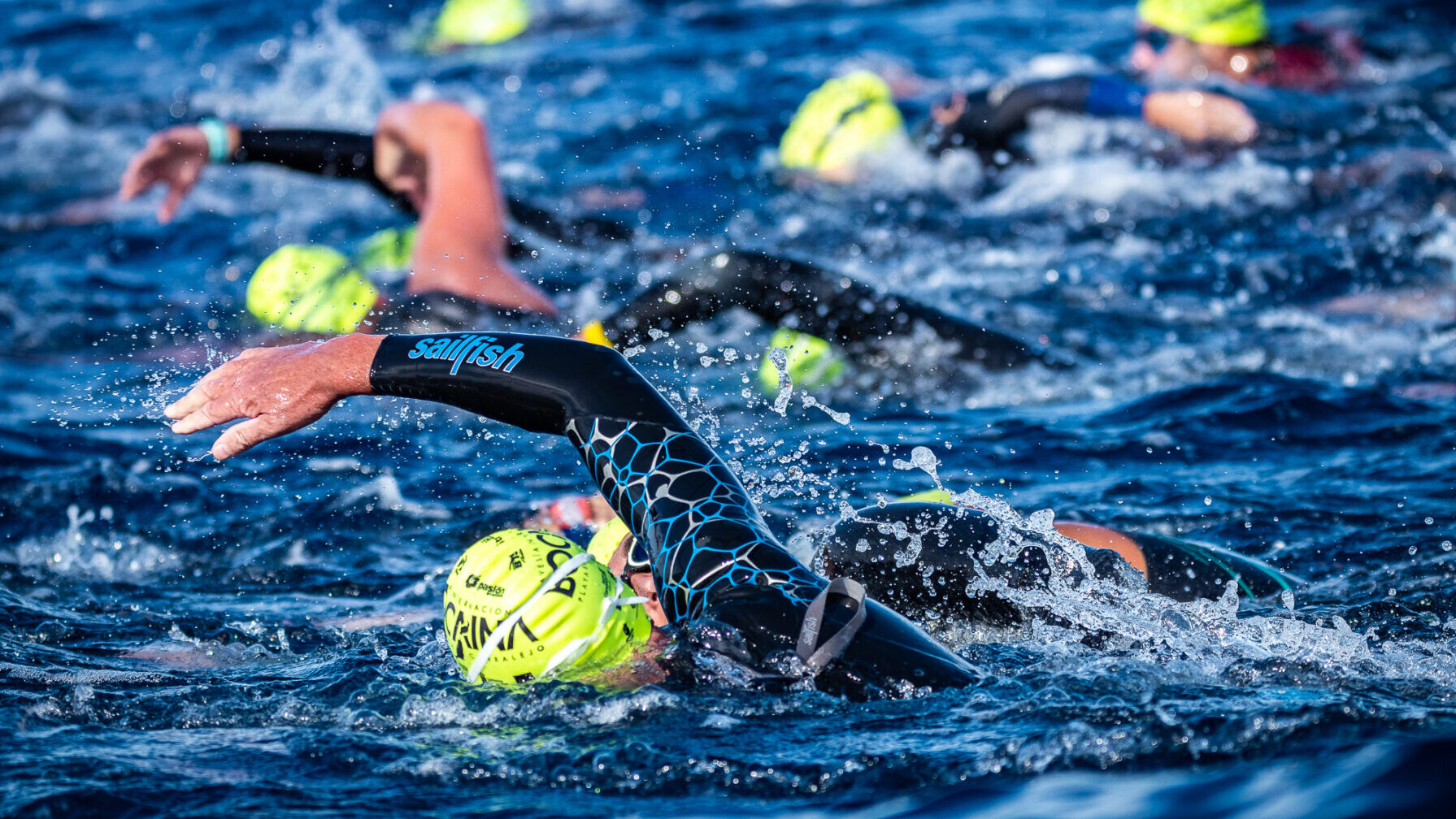 New success for the La Bocaina Lanzarote – Fuerteventura International Crossing whose twenty-second issue gave a lot to talk about. Not only for the already recognised excellent conditions the trial boasted, but also due to the high level of competition that left actions to remember.

Tell that to Aitor Hernández, athlete of CN Vulcania, who achieved an enviable time of 04:23:44 after travelling the 15 kilometres that separate the coasts of Lanzarote and Fuerteventura. Similarly, in the female category, swimmer Liz Price stood up on a dream day after an excellent time of 05:03:48. 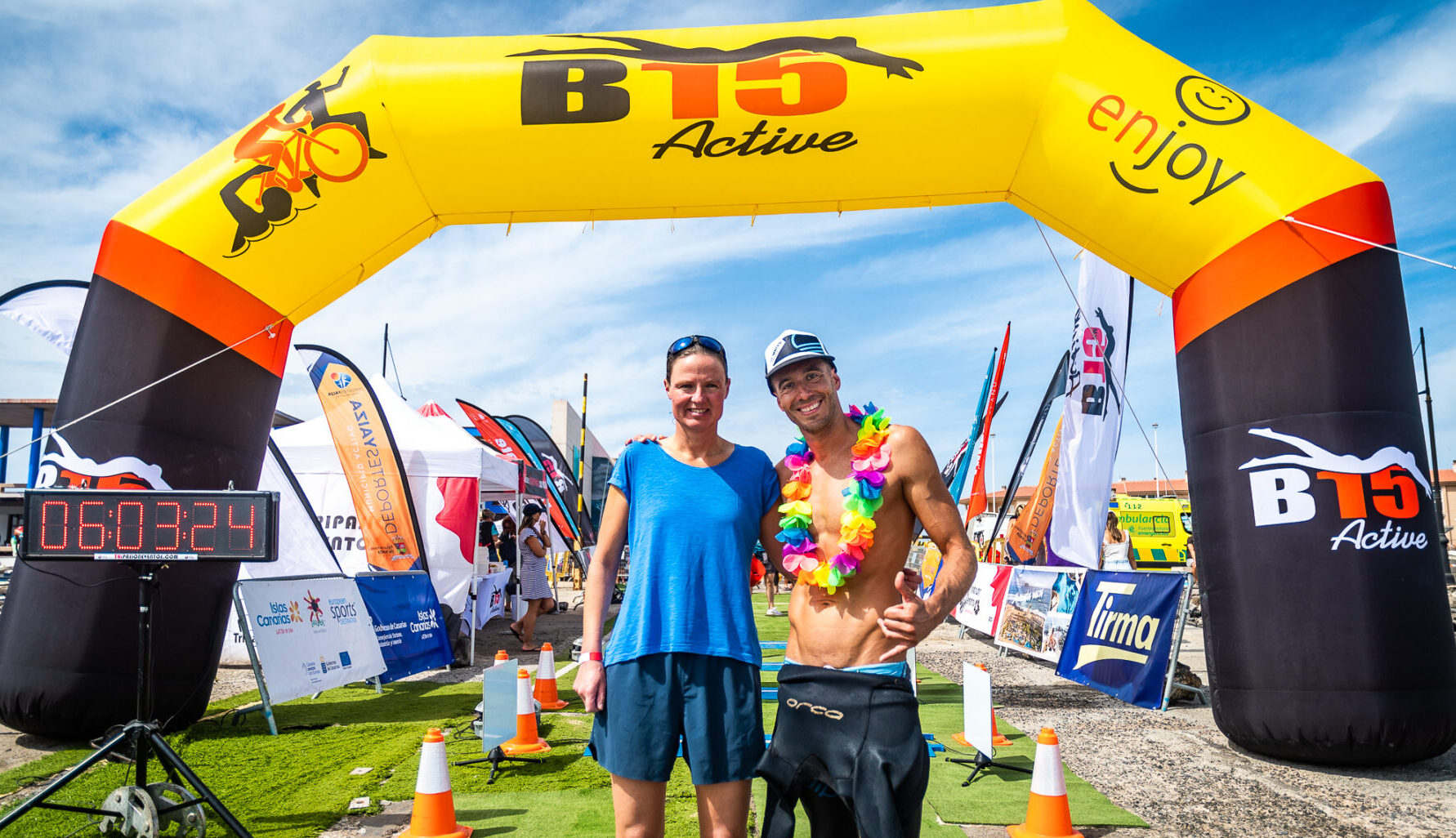 This year’s winners celebrated together with the almost hundred participants who met in the departure line arranged in Playa Dorada, in the Yaiza municipality. Numerous spectators accompanied the swimmers by land and sea, both at the outset and upon their arrival at the end of the crossing.

All this with the crystalline waters of the archipelago as a backdrop and unique places such as the Islet of Wolves. At that section, by the way, very close to the goal, the expectation increased after giving a little storm from the east, which was short, but which increased the difficulty and served to enrich a competition that demanded more from its participants. 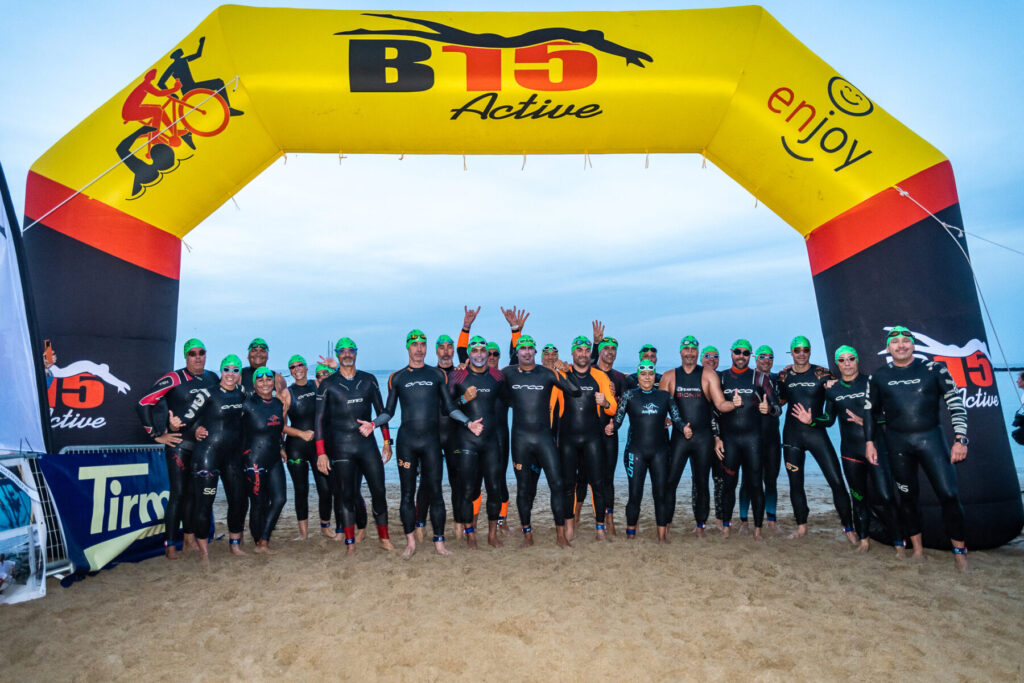 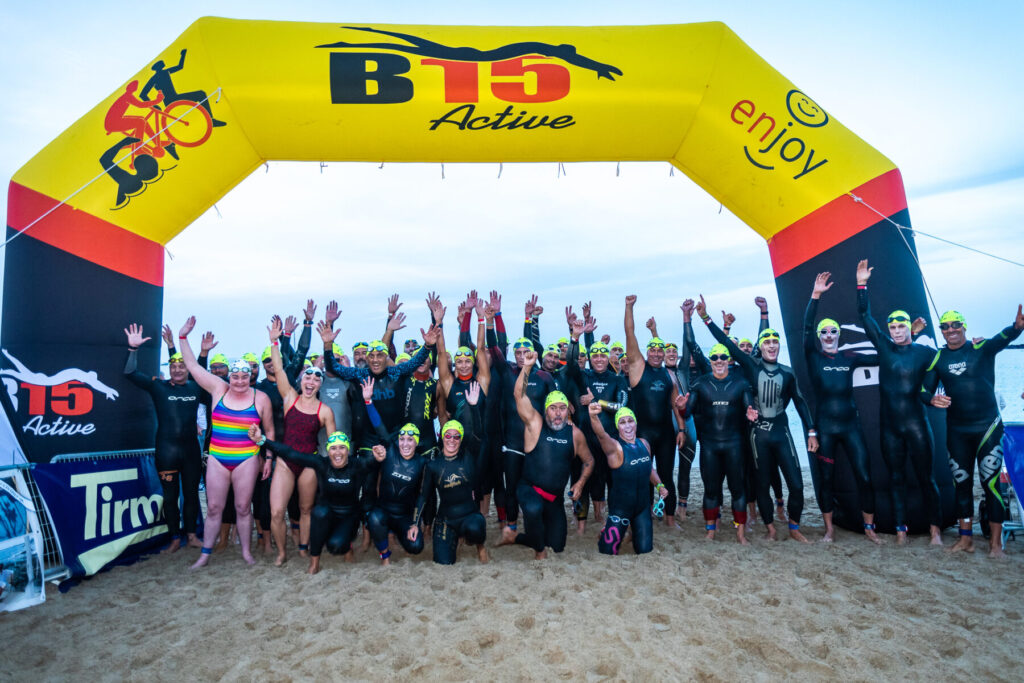 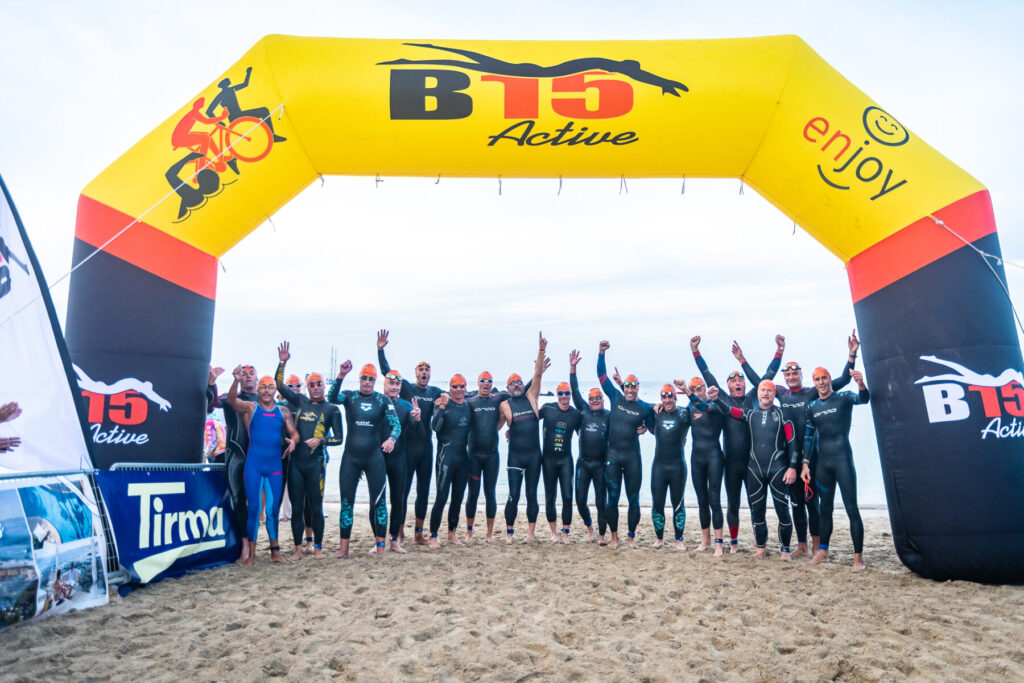 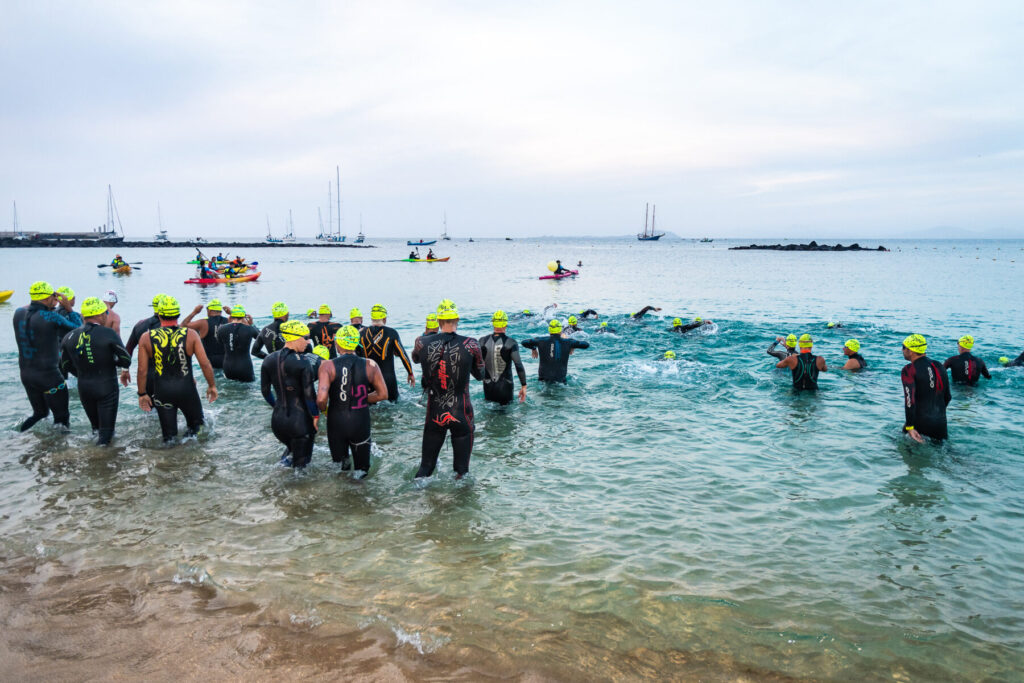 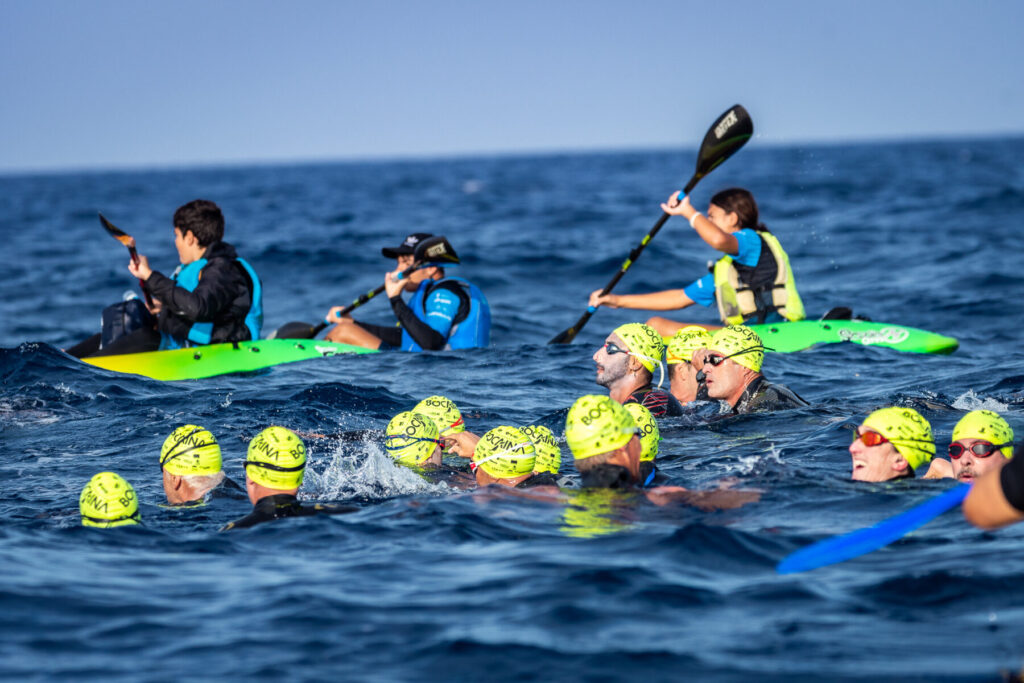 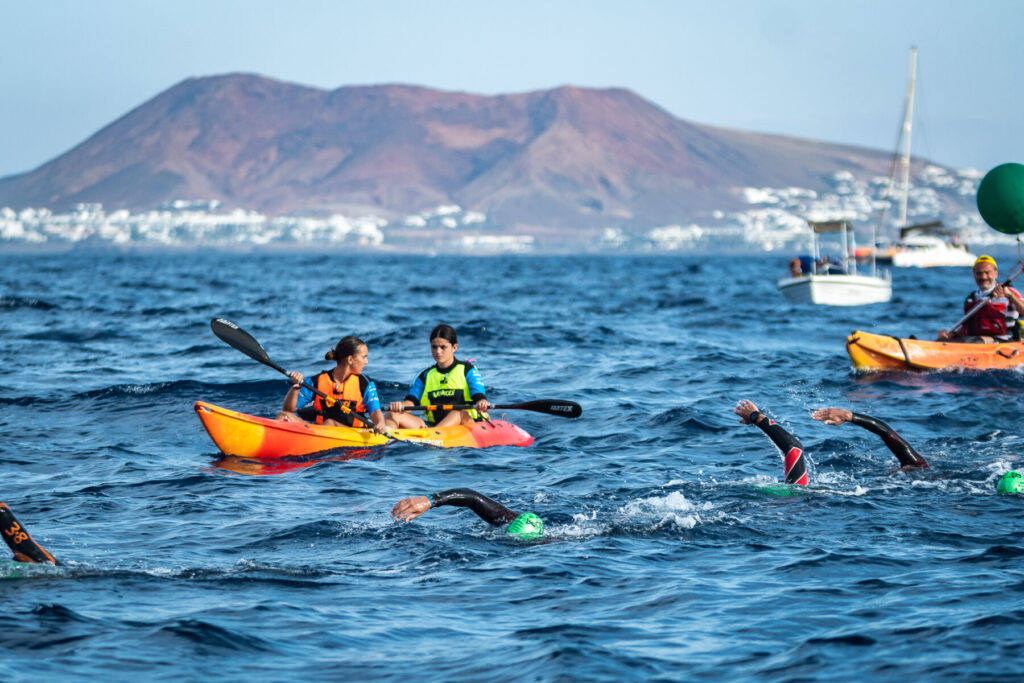 Not that that could cast a shadow over the excellent weather conditions that accompanied the swimmers during practically the whole crossing. So much so, that the fans in the audience kept on increasing, both by land and by sea. The great competitors who managed to travel the 15 kilometers half an hour before the planned close of the trial were proof of this.

The CN Vulcania swimmer, Azahara Martínez, and Diana de la Rosa, of Reactive Physiotherapy, accompanied Price on the women’s podium with records of 05:13:59 and 05:19:21, respectively.

In the male category, the silver went to Stephane Guisard (04:24:21), leaving behind a recent heart attack by narrowly beating the fastest young man in his category, Jordi Cominas, athlete of the Farners swimming club who took the bronze in the general category with a time of 04:24:23. 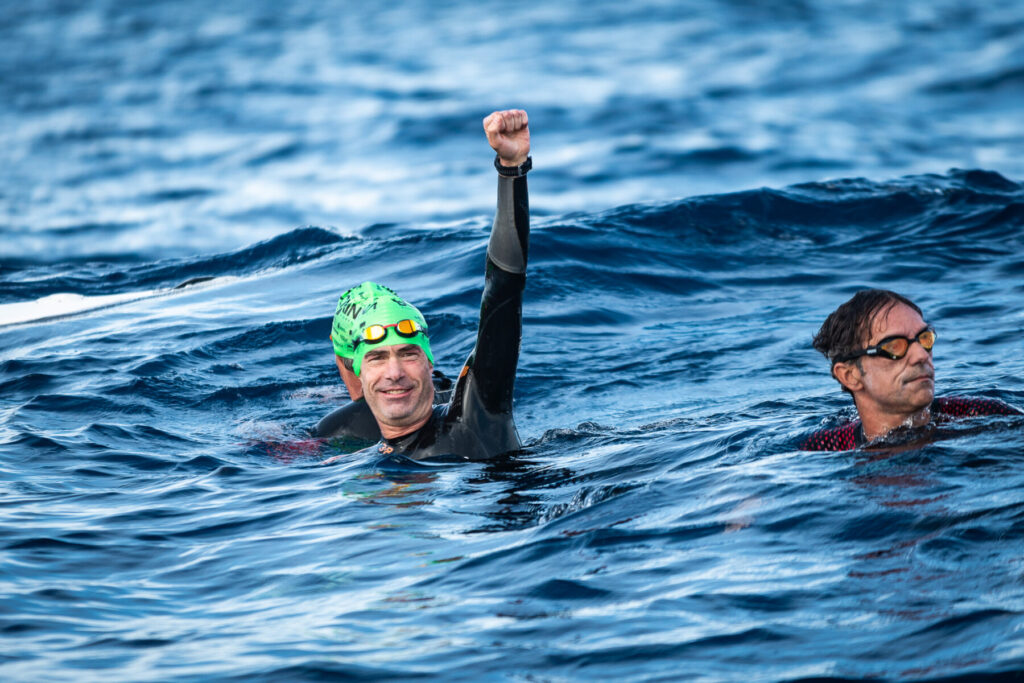 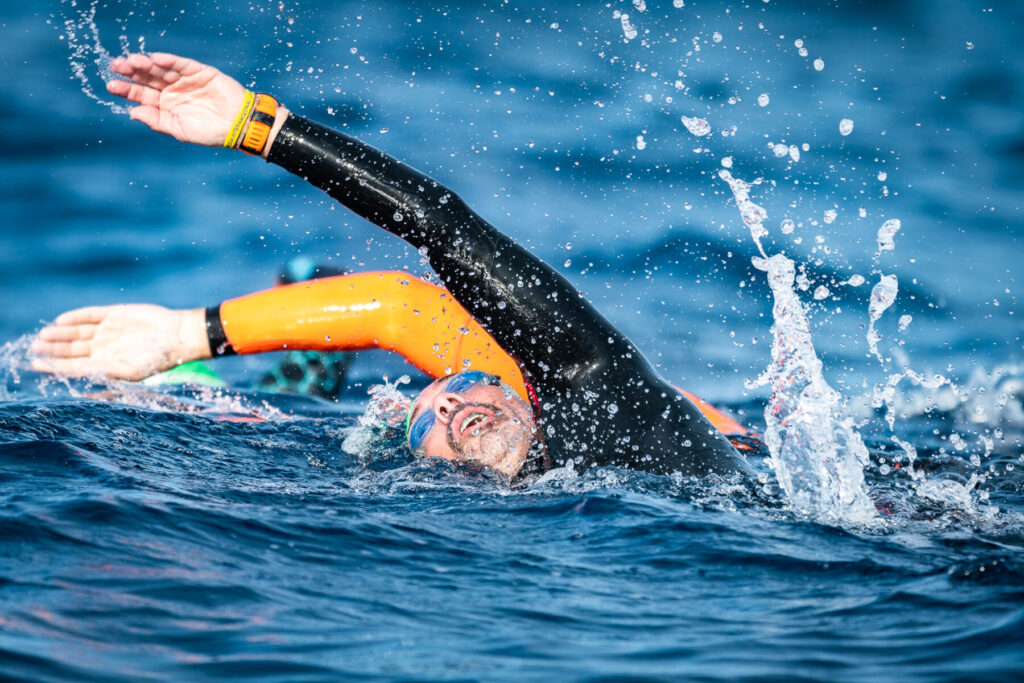 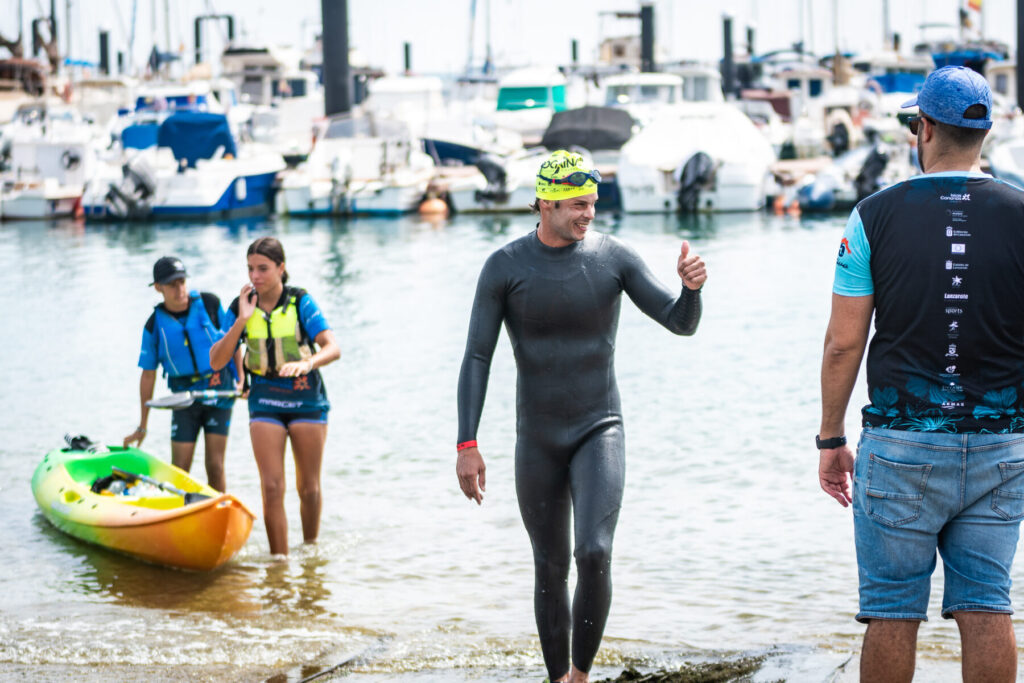 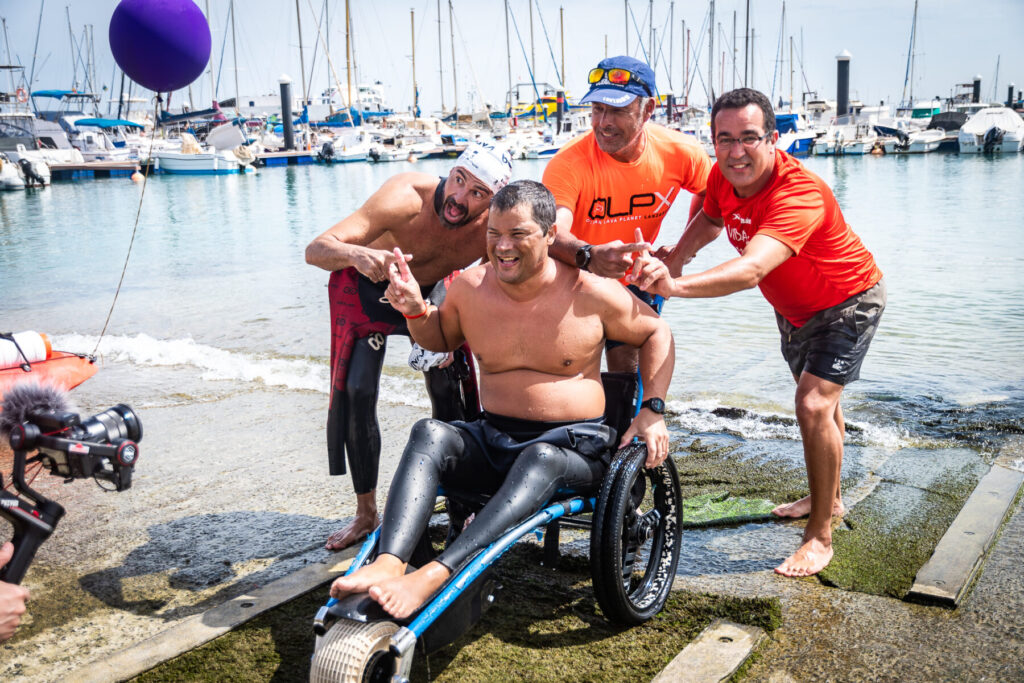 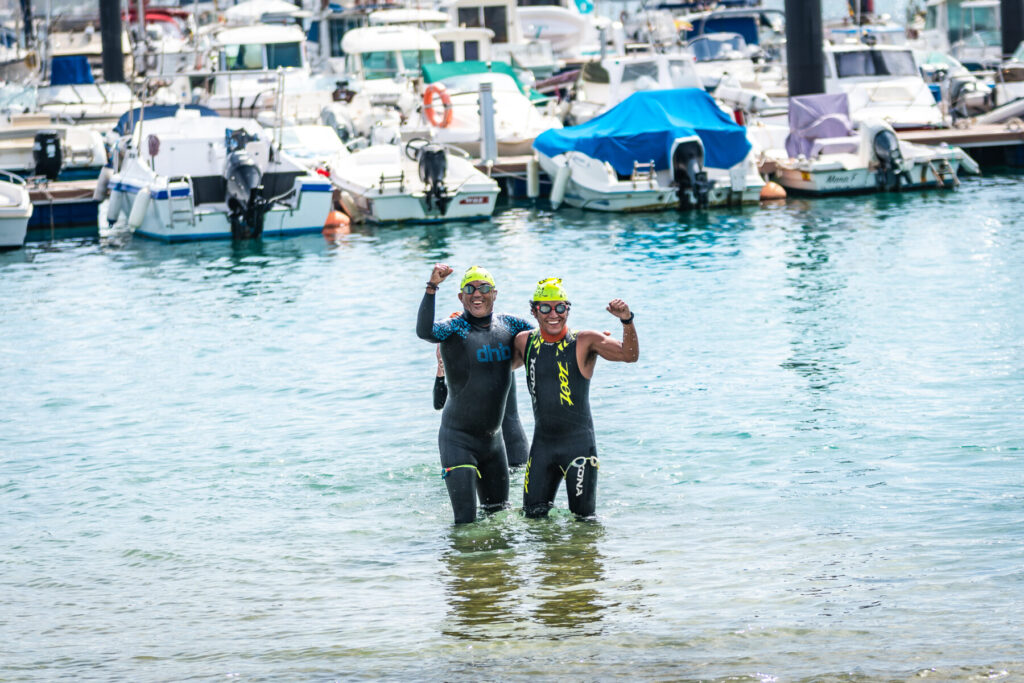 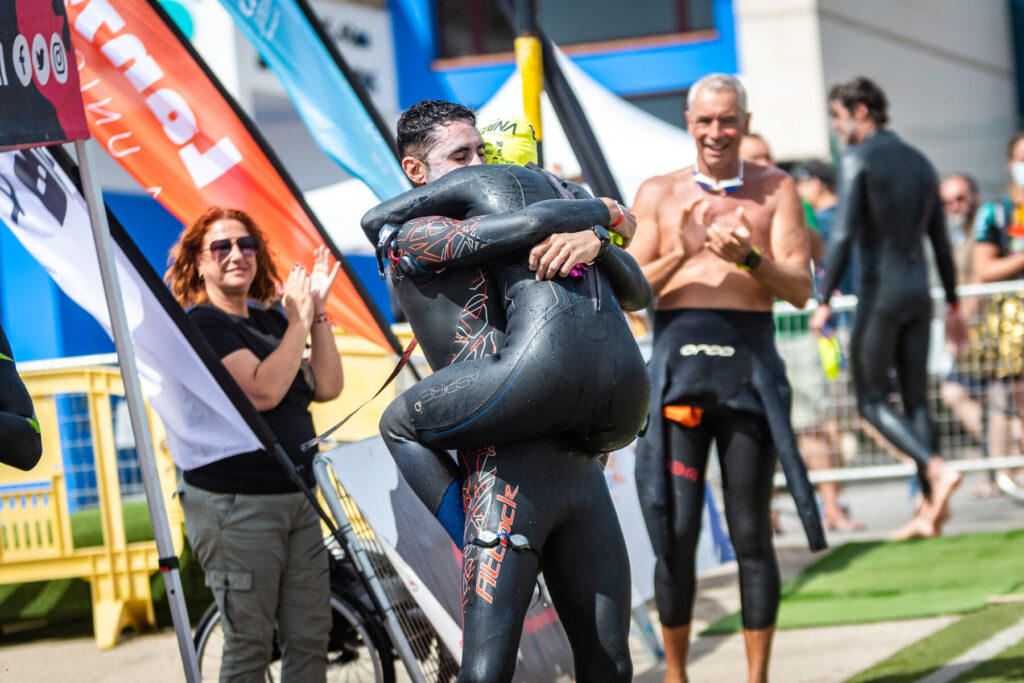 A special mention for the oldest participant. It could be none other than the 63-year-old swimmer David López Purcell, double Olympic medallist who achieved sixth place in the general classification with a great time of 04:30:58, demonstrating why he was the first Spaniard to achieve an Olympic medal and exemplifying how the most demanding athletes choose Lanzarote as one of their favorite settings to enjoy competitions with greater guarantees.