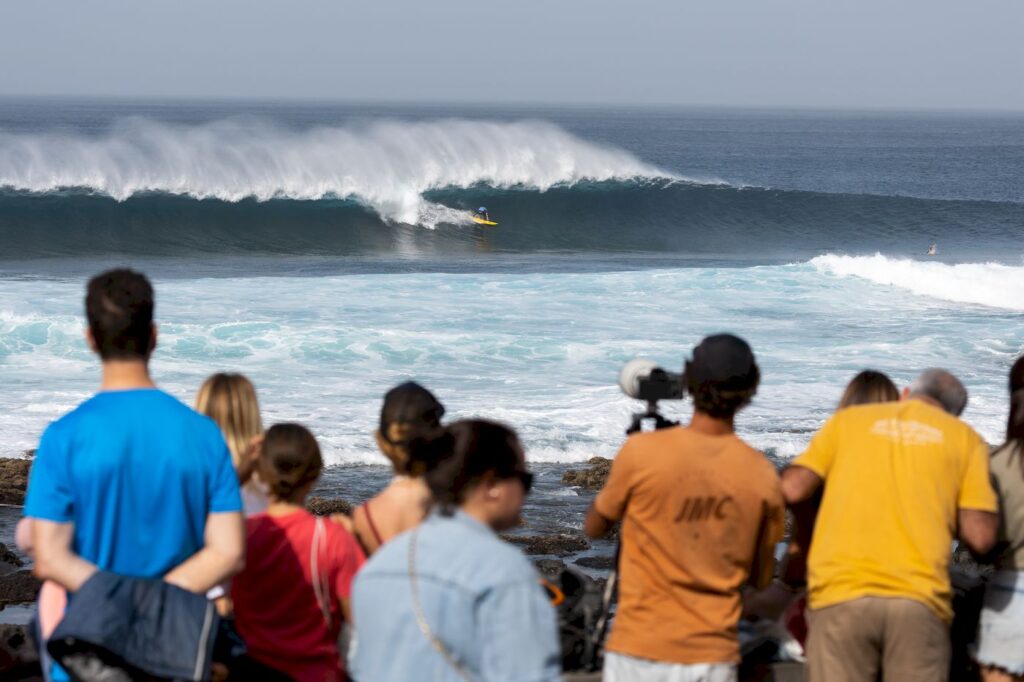 In its seventh edition and seventh success, the Quemao Class once again exceeded the expectations of the participants and fans who gathered in La Santa on 26th and 27th December. The latest edition of one of the most important international surfing events arrived with weather forecasts that predicted great conditions throughout the week, so the organisers decided to wait for them to be perfect, something that Lanzarote easily lends itself to. 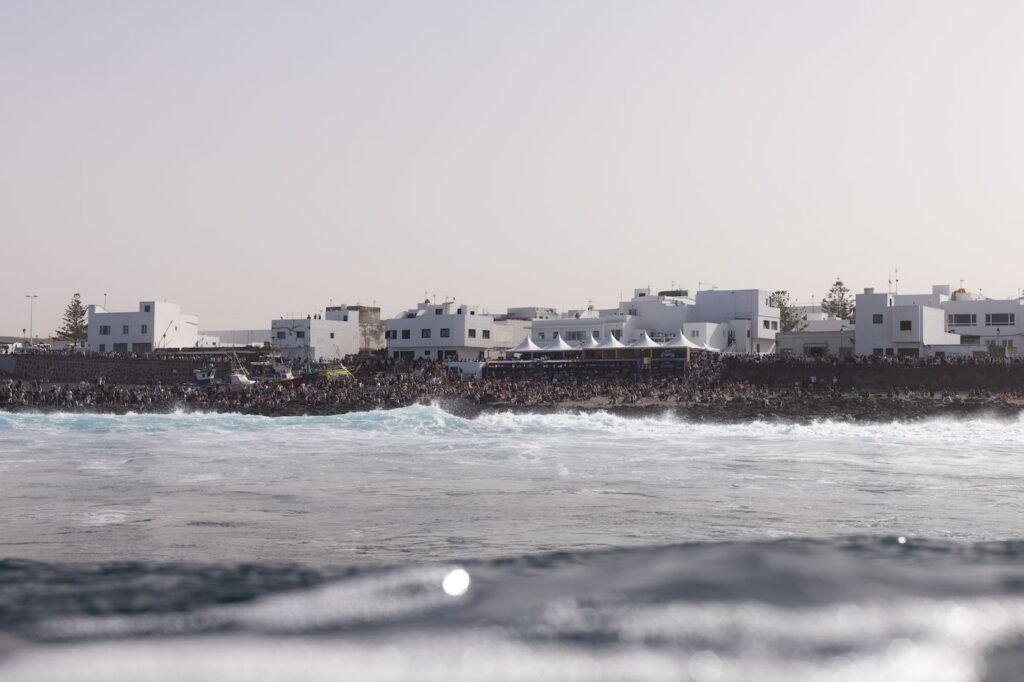 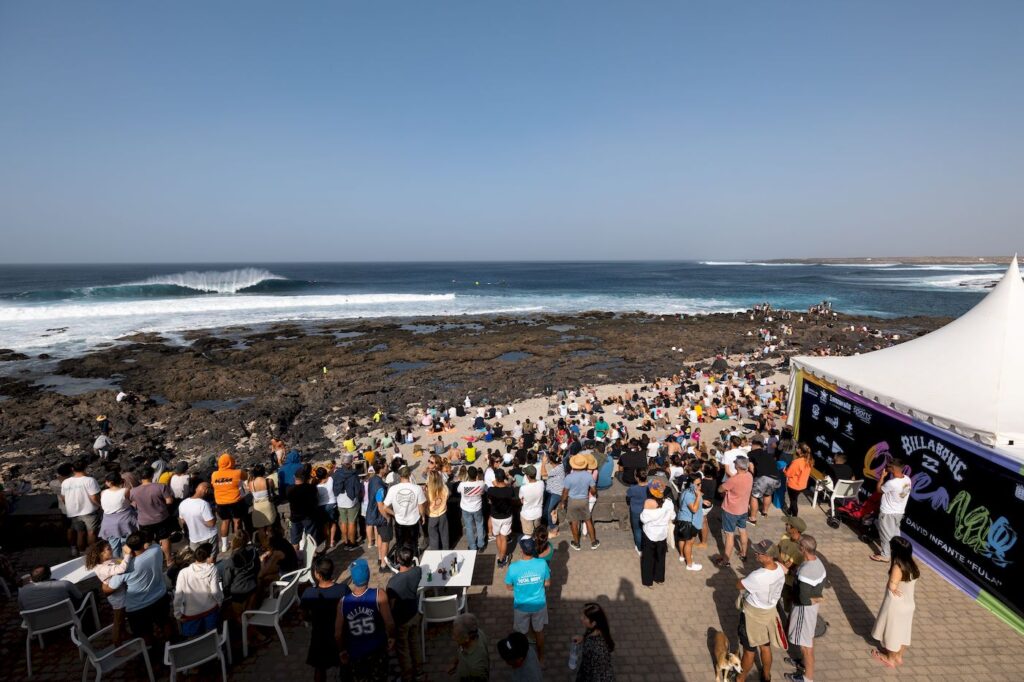 And the coast of Tinajo once again offered enviable weather. Despite the strong gusts of wind, throughout the two days of the VII Billabong Quemao Class the ocean conditions accompanying the event were surprisingly good. Furthermore, in these last few days before the end of December, the mercury never dropped below 23º, turning the surroundings of the prestigious wave into a privileged setting for the enjoyment of one of the best surfing and bodyboarding competitions in the world.

If in doubt, just ask the Basque Natxo Gonzalez and Pierre Louis Costes, who touched the sky in Lanzarote as they won the top spots in the VII Billabong Quemao Class. Gonzalez, who was defending the title after also being crowned champion in the last edition, managed to close the first day with a 9.60 out of 10, when he had no hesitation in declaring the Billabong Quemao Class “a very special event for me, with incredible waves”. 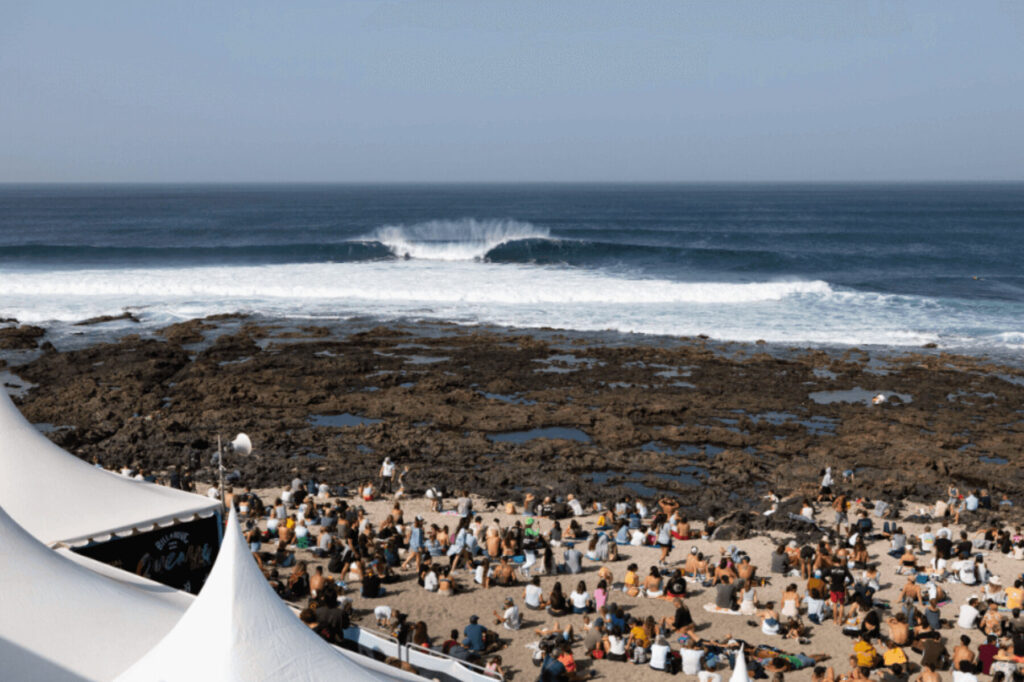 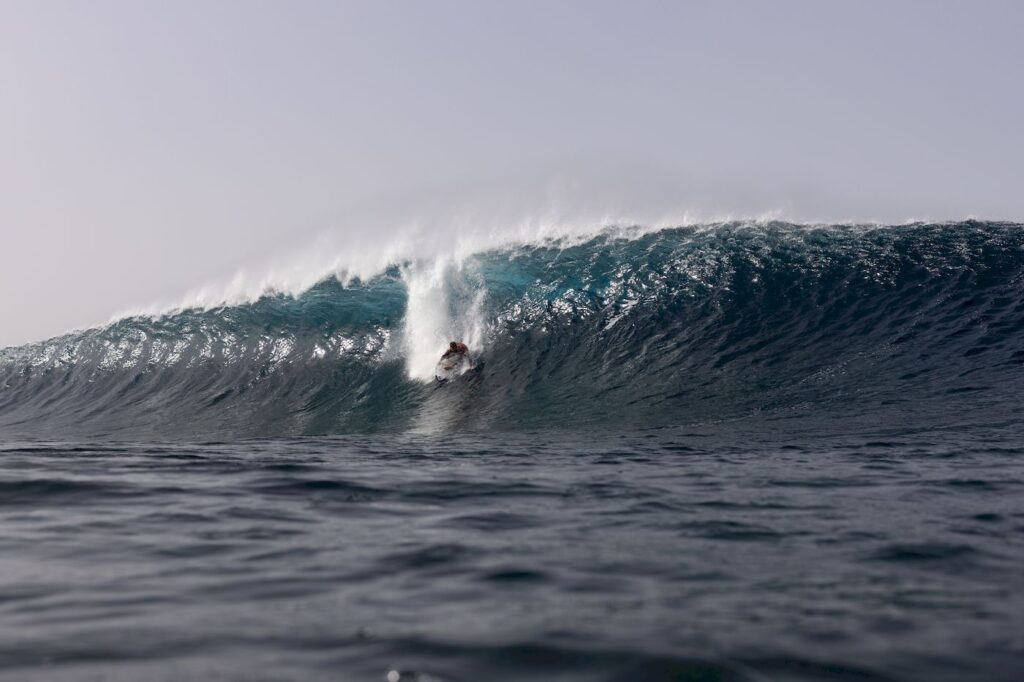 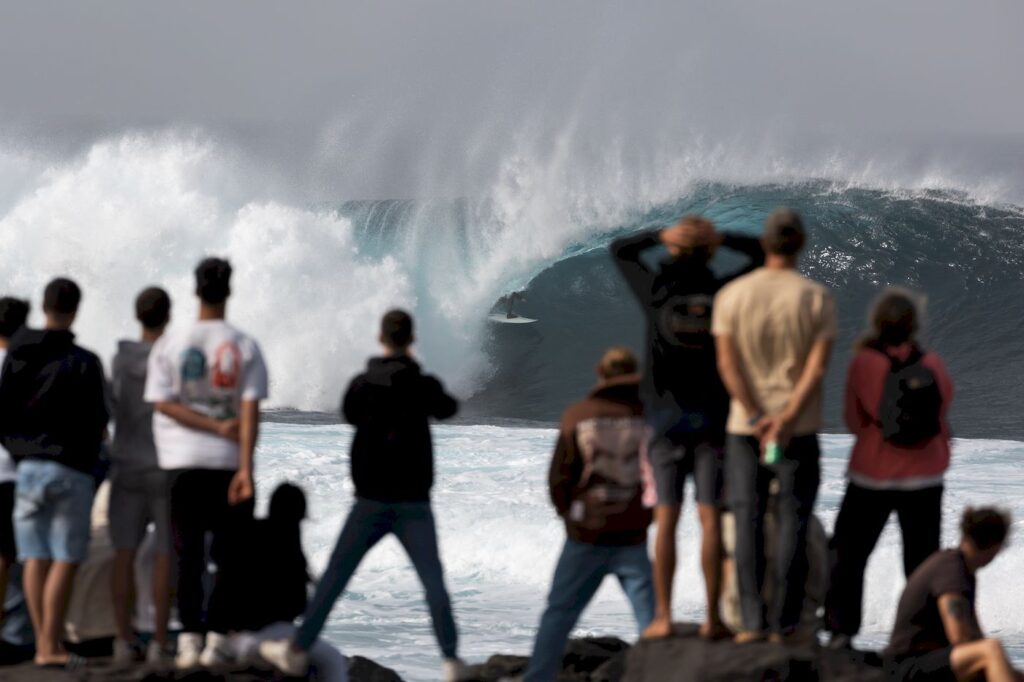 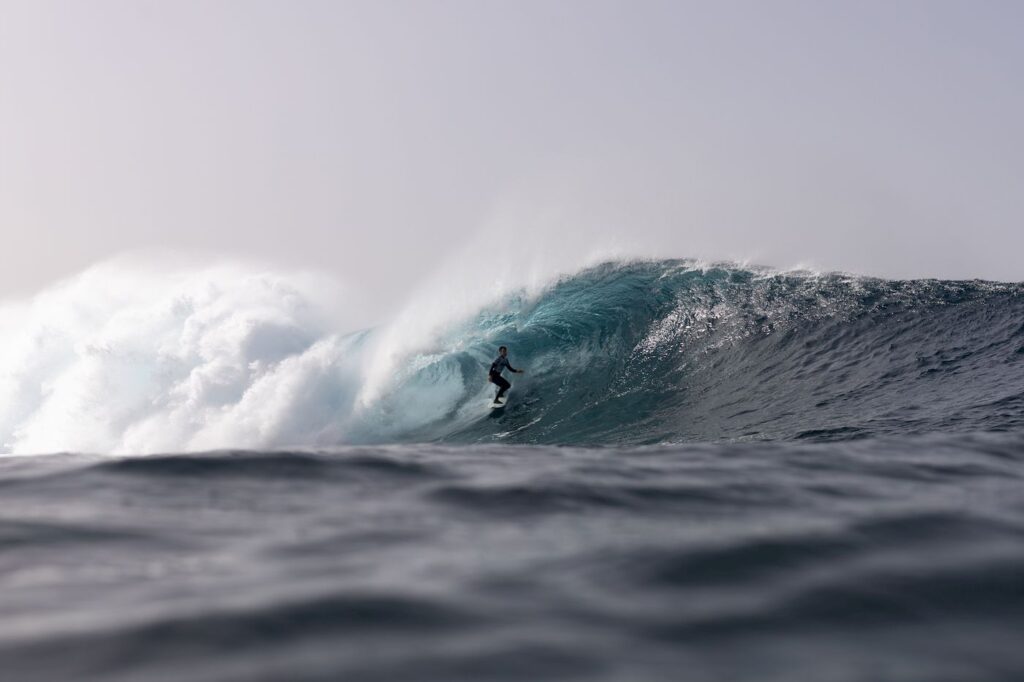 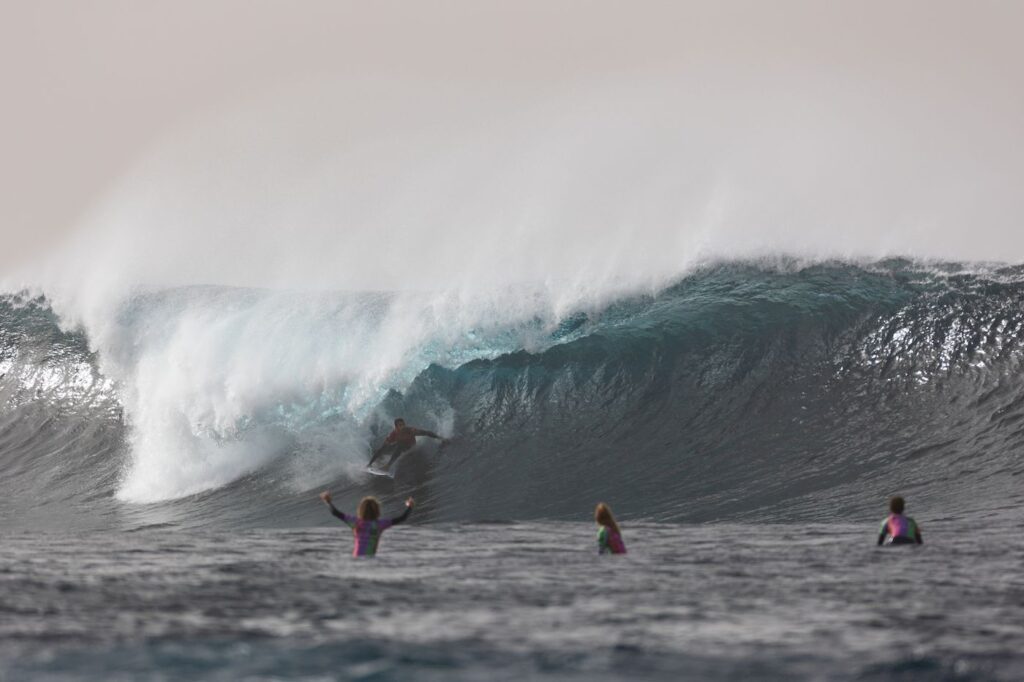 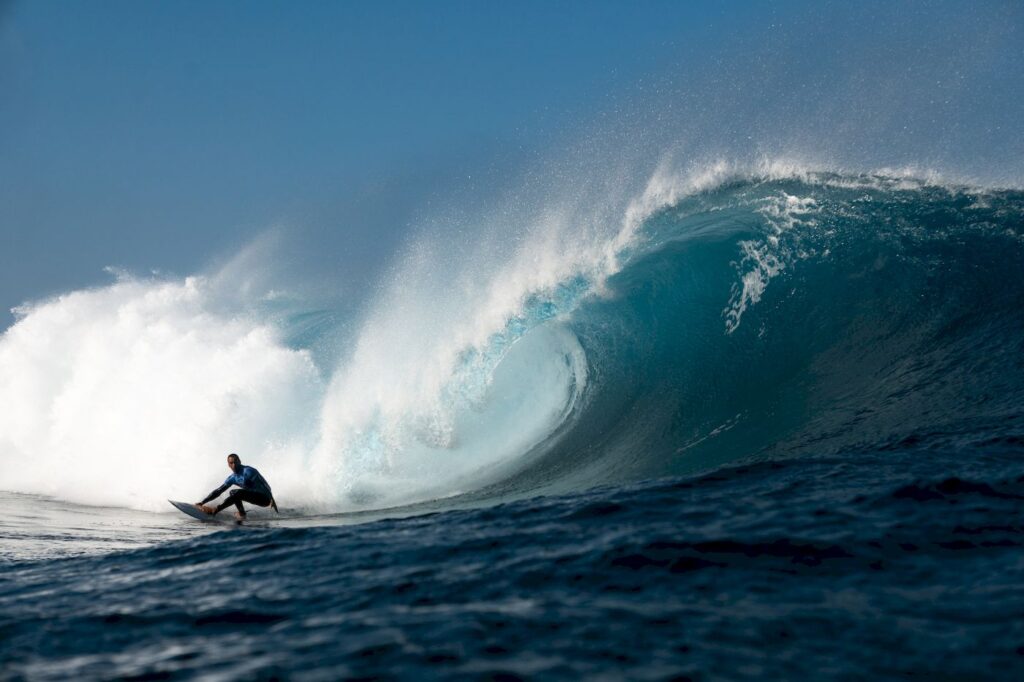 From the first sessions, the excellent conditions in Lanzarote left the rest of the competitors impatient to resume, as the weather forecasts continued to improve for the next day, leaving the participants “eager to get back in the water”. This is what Luis Díaz from Gran Canaria declared before also delighting the spectators with a great performance, leading his heat from Monday, as did Yael Peña.

Armides Soliveres, from Gran Canaria, and Fuerteventura’s Octavio González and Aitor Ojeda, were the best placed in the first day of the bodyboarders, who once again left incredible images surfing the Quemao wave. 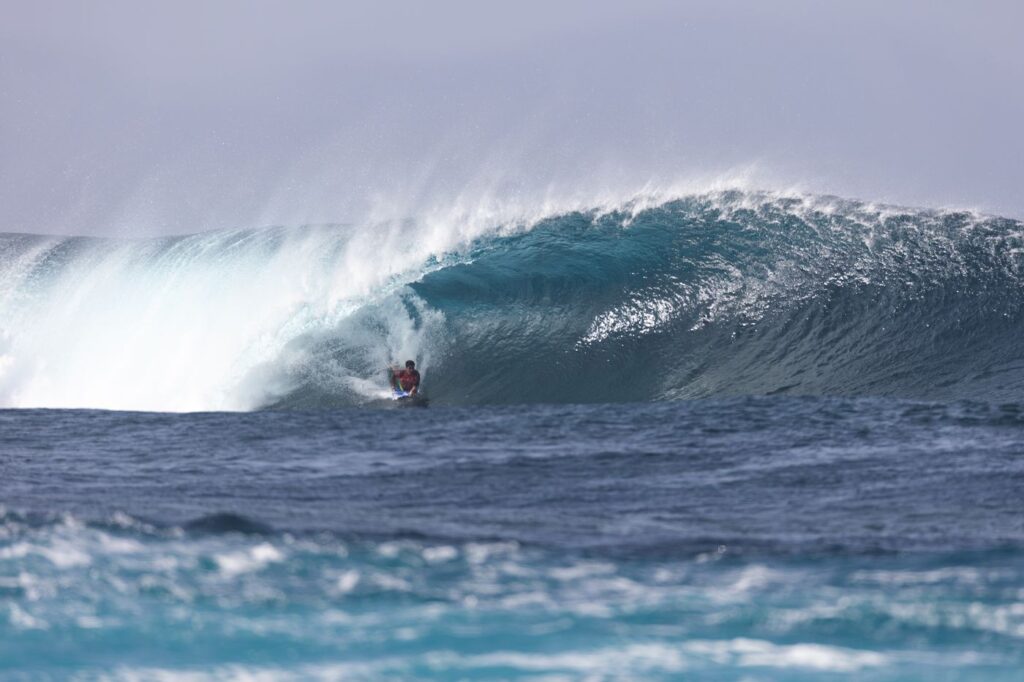 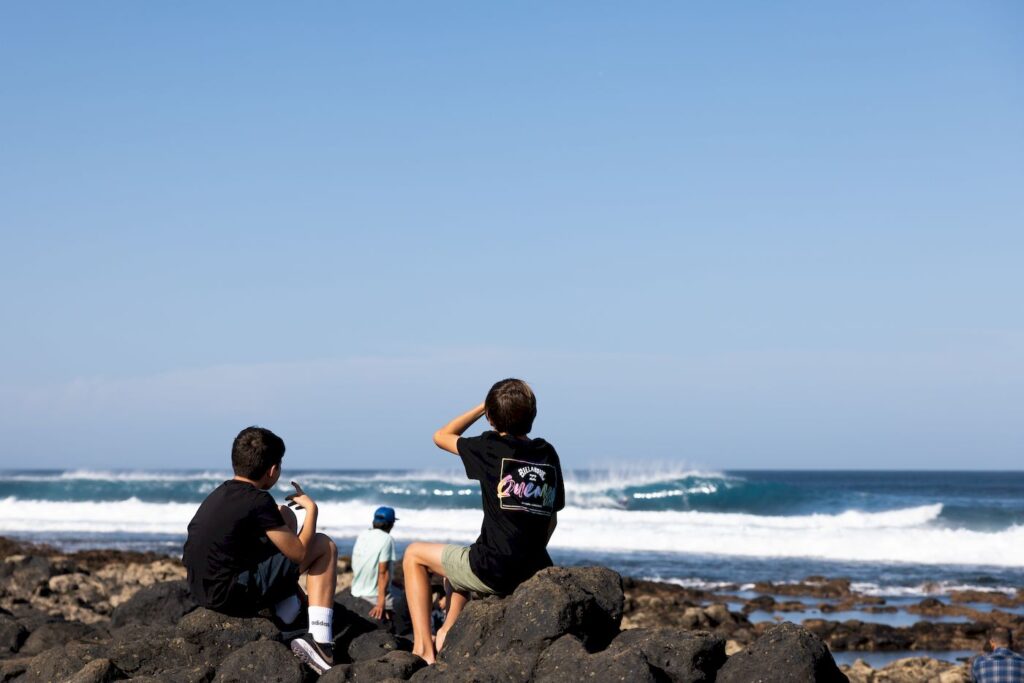 There was also time for emotion during the tribute to David Infante ‘El Fula’, prior to the start of the competition. This brings even more feeling to this sporting event and the growing meaning it takes on year after year. For Francisco Saenz, organiser of the Billabong Quemao Class, “it‘s an honour to be able to organise this special moment to remember our friend David Infante ‘El Fula’, and to see the people of the town of La Santa and the competitors participating in this tribute.“ 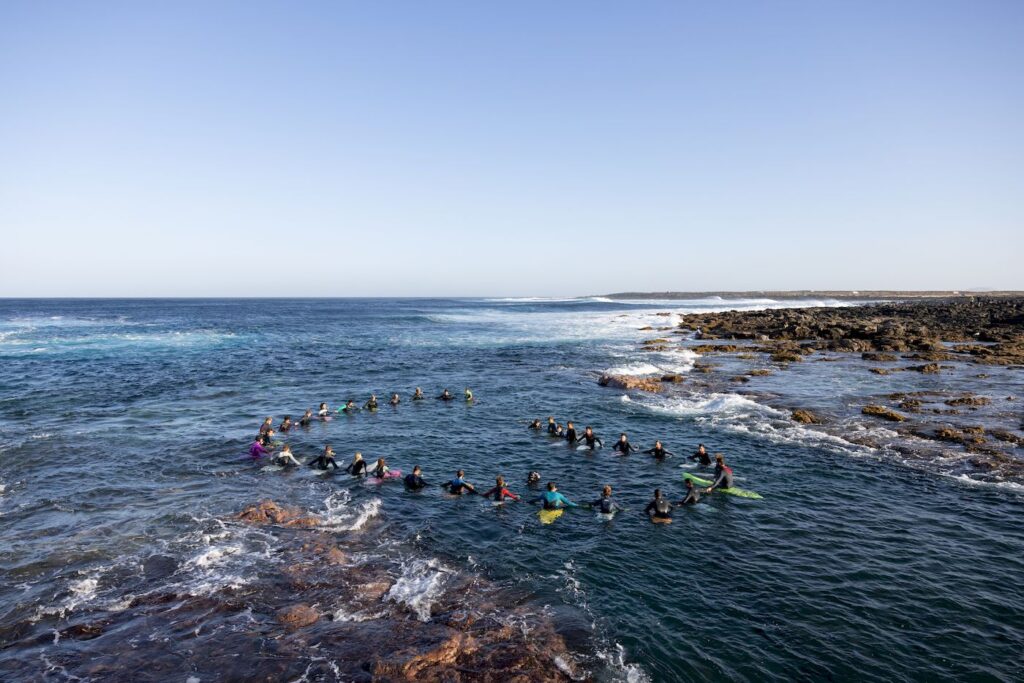 The second day also didn’t disappoint, providing the Tinajera coast with a magnificent horizon where spectacle was the order of the day. Surfing and bodyboarding of the highest quality closed with the Canary Islanders Luis Díaz, Jonathan González and José María Cabrera at the top, accompanied by the Portuguese Miguel Blanco. Special mention is due to the Irish surfer Gearoid McDaid, who showed how to make the most of the excellent weather conditions, achieving a 10-point wave. The bodyboard semi-final took on a distinctly Canary Island flavour with the participation of Octavio González, Aitor Ojeada and Ruyman Rey, from Fuerteventura; and Armides Soliveres from Gran Canaria.

“This is a spectacular event and being able to compete in these conditions at this level is extraordinary,” said Frenchman Amaury Lavernhe, three-time champion of the event who returned to La Santa to get the best wave of his discipline (9.50). 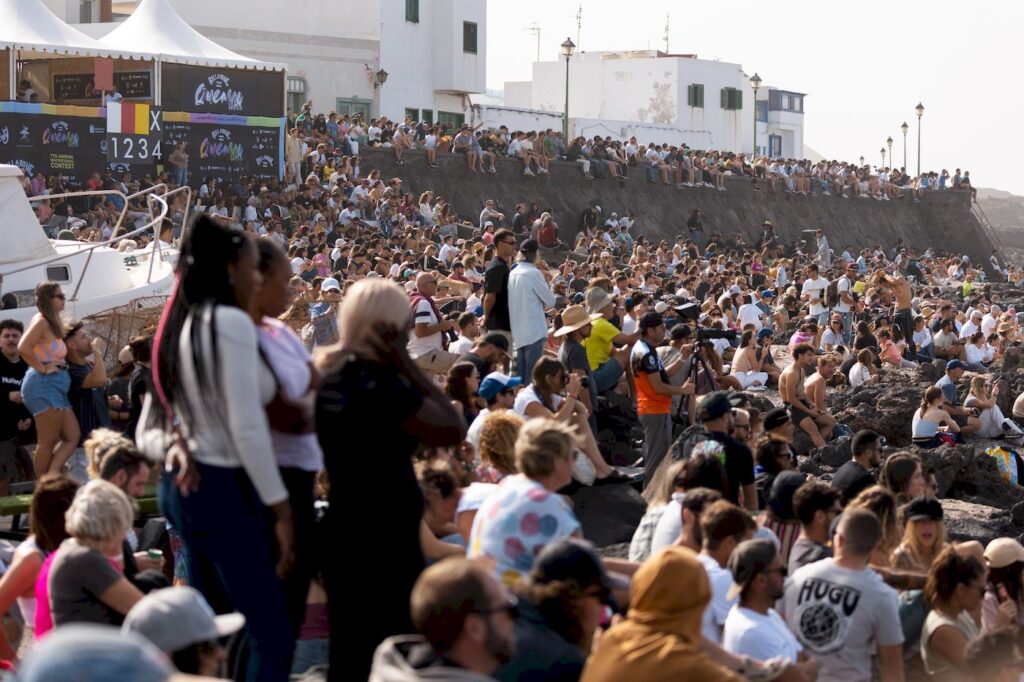 The seventh edition of the Billabong Quemao Class came to an end leaving no one disappointed, and with an atmosphere of expectation along the shoreline. Once again, the Lanzarote beach was transformed into the epicentre of world surfing with the Canary Islanders Luis Diaz and Jonathan Gonzalez reaching the final. “I love this wave, I really wanted to make it to the final in this event. The competitors gathered here are incredible, so my strategy was to choose my waves well,” said Diaz. 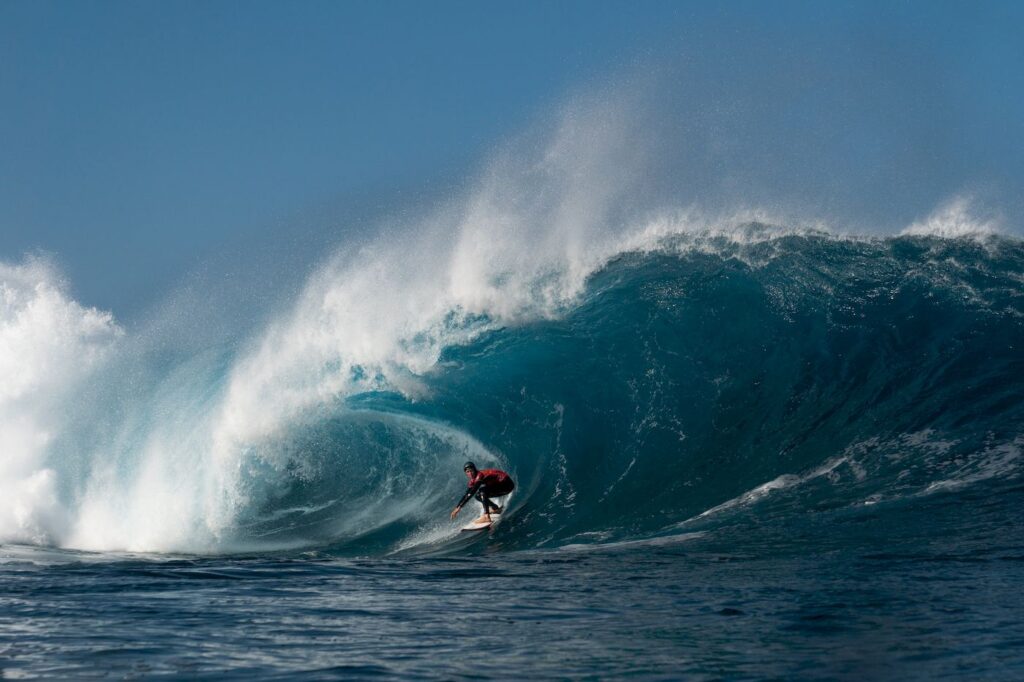 Gearoid McDaid and Natxo González also noted the spectacular Lanzaroteña atmosphere, where the extraordinary weather conditions combined with the impressive coastal lava landscape of La Santa make the Quemao wave “the best reef wave in Europe”. Both the Irish and Basque riders also made it through to the final, promising another instalment of top-level sport. Ruyman Rey, Aitor Ojeda, Pier Louis Costes and Amayru Lavernhe participated in a very close bodyboard semi-final event for the enjoyment of the fans present, after achieving the best scores of the day.

This is the second consecutive year in which Natxo Gonzalez had taken the top spot in Lanzarote with an extraordinary score of 9.27 and 8.83 points. “This event is special, it never disappoints, the waves were incredible. It’s always a great opportunity to be able to come to Lanzarote”, he said after receiving the title of champion.

The long-awaited final concluded with Natxo González and Pierre Louis Costes proclaimed as champions of this seventh edition of the Billabong Quemao Class. 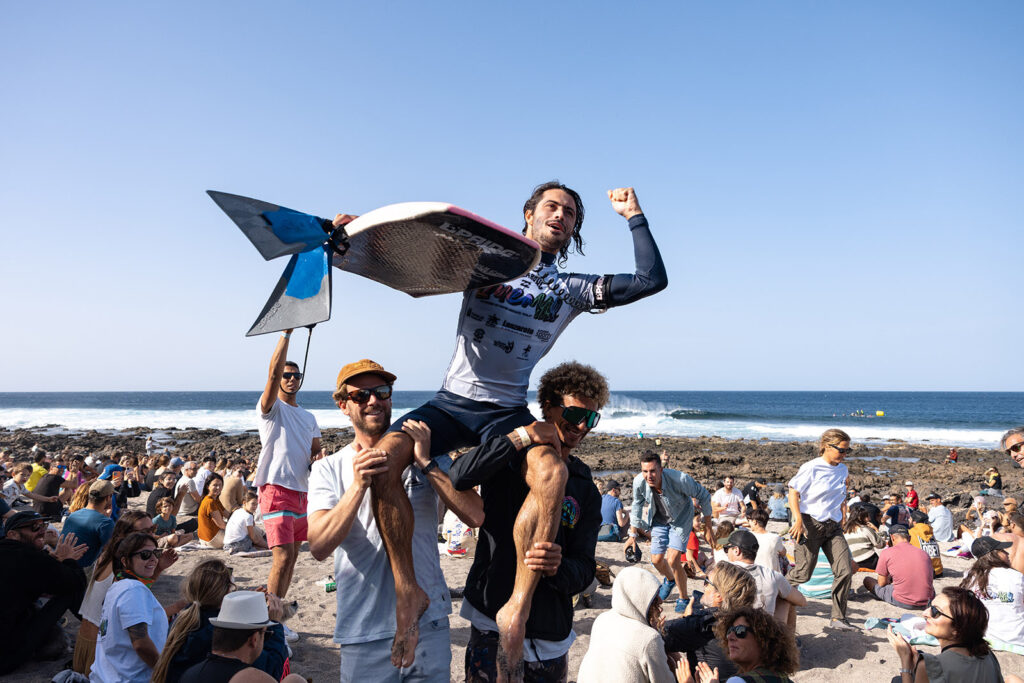 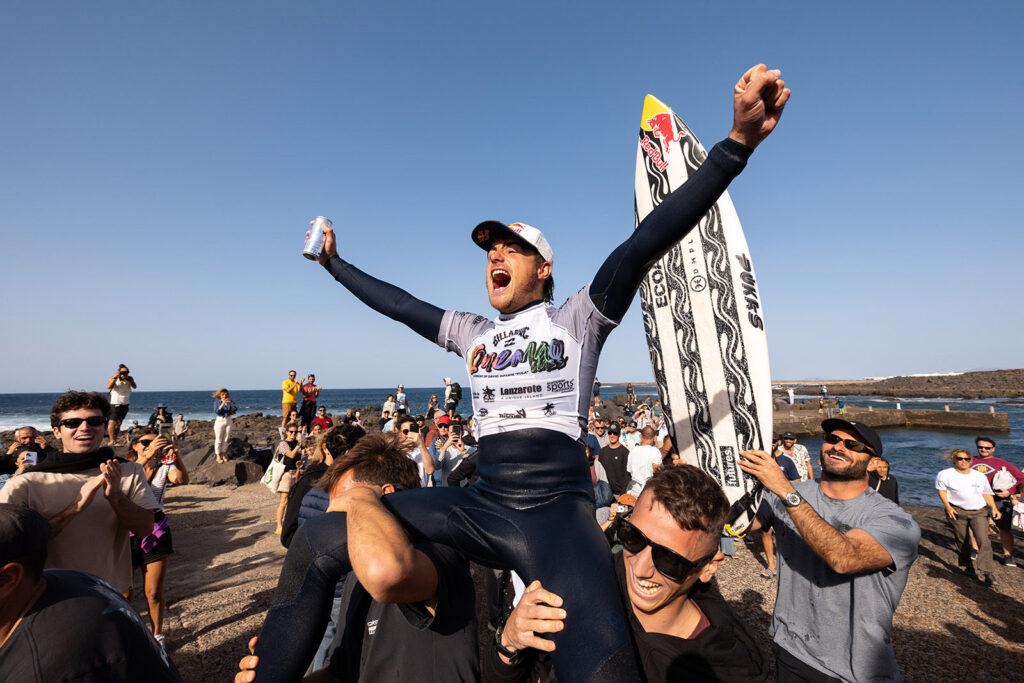 The bodyboard final pitted Frenchmen Pierre Louis Costes and Amaury Lavernhe against Ruyman Rey and Aitor Ojeda, both from Fuerteventura. The first place was also very close, with very high scores that meant the title was won with the 9.67 and 8.20 obtained by the Frenchman. “I come to Lanzarote every winter for its waves, and I always end up very happy,” said Pierre Louis Costes. “Being invited to participate is a great opportunity, this is one of the best waves in the world.“ 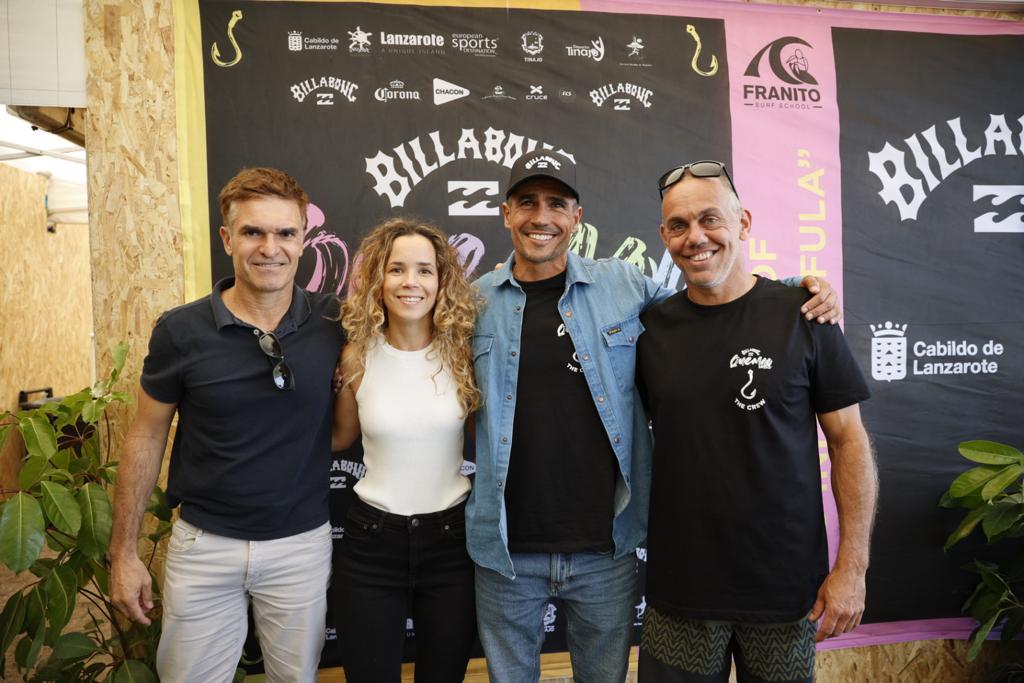 The awards ceremony was attended by Héctor Fernández, CEO of Turismo Lanzarote, who highlighted the importance of an international sporting event like this. “Sports such as surfing and bodyboarding add value to the landscape, the sea and the weather conditions we enjoy, which reinforces the image of Lanzarote as a tourist and sports destination”.

The seventh edition of the ‘Billabong Quemao Class’ came to a close as the benchmark event in Europe, after two days packed with action, sport and sun on the coast of La Santa, Tinajo, where the best surfers and bodyboarders in Europe gathered to compete in the world-renowned Quemao wave.