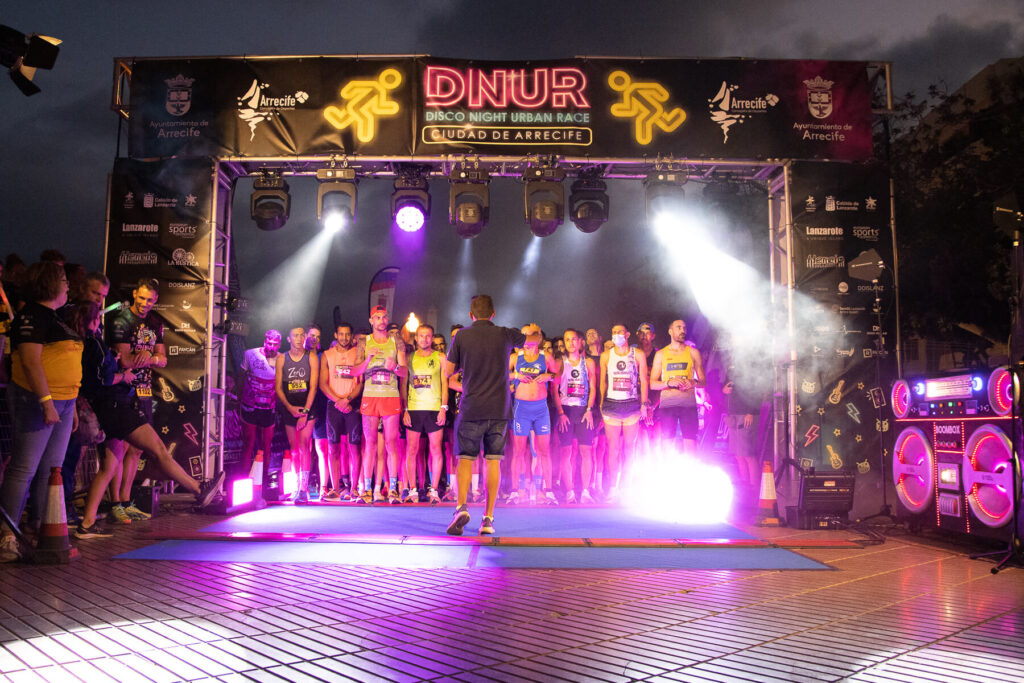 This ninth edition was attended by more than 1,000 participants.

One of the most popular races in the Canary Islands, which brings together all kinds of participants of different levels, put the finishing touch to the ninth edition of the Disco Night Urban Race this Saturday, with its two modalities of 5 and 10 kilometres. It began on Friday with a sports day that sparked off the celebration by allowing the youngest members of the family to enjoy the sport.

The Disco Night Urban Race Ciudad de Arrecife left no one unmoved, offering once again an unforgettable atmosphere for both professional and amateur participants, as well as fans and spectators who packed the streets of the island’s capital, creating an party atmosphere combining fun and sports. The route took the amateurs through the historic centre of Arrecife along the sea-front promenade that surrounds the city, passing by places such as the spectacular Islote de la Fermina and the emblematic Charco de San Ginés. 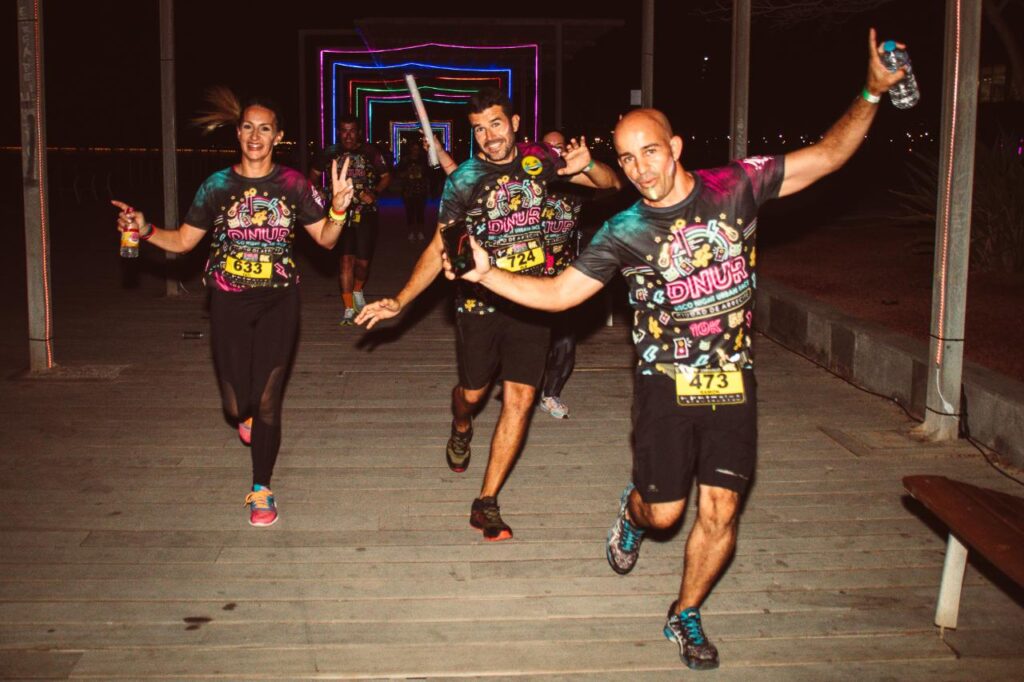 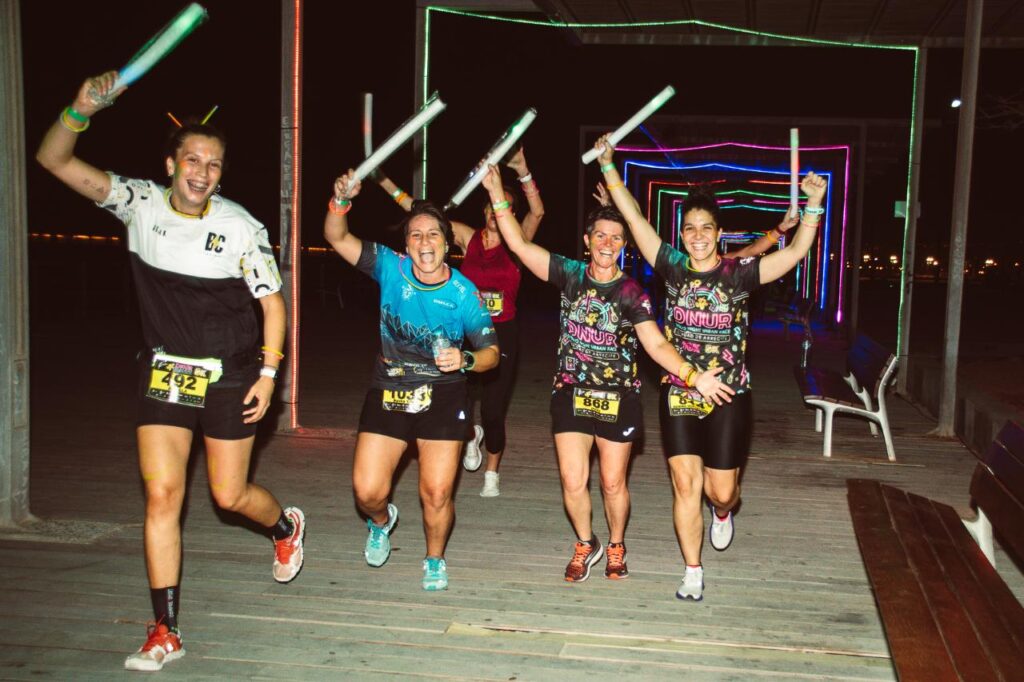 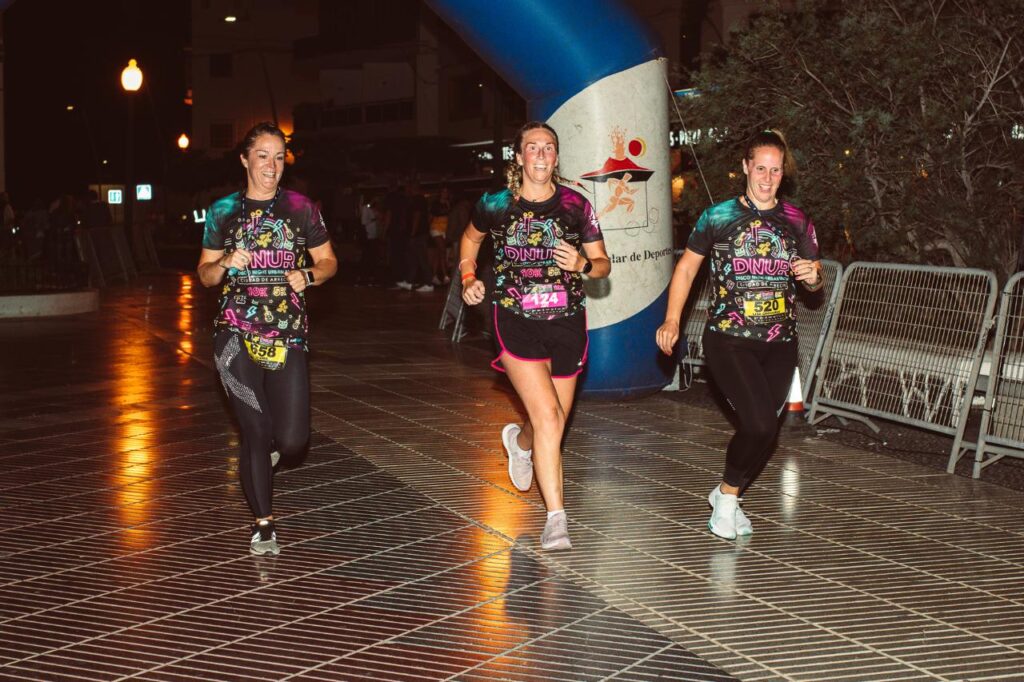 Zumba Lanzarote was in charge of the warmup, offering a masterclass to the participants of the race and the public that had gathered in the area. This was not the only surprise of the night. The Los Cumbacheros group made their presence felt to demonstrate once again why the DNUR is a sporting event unlike any other.

The race started in the Parque Rodríguez Cerdá at 9 p.m. without incident, and once again this year created a memorable impact with different areas of lighting and animation and several DJs, ensuring that this sporting festival extended throughout the streets of the capital of Lanzarote. 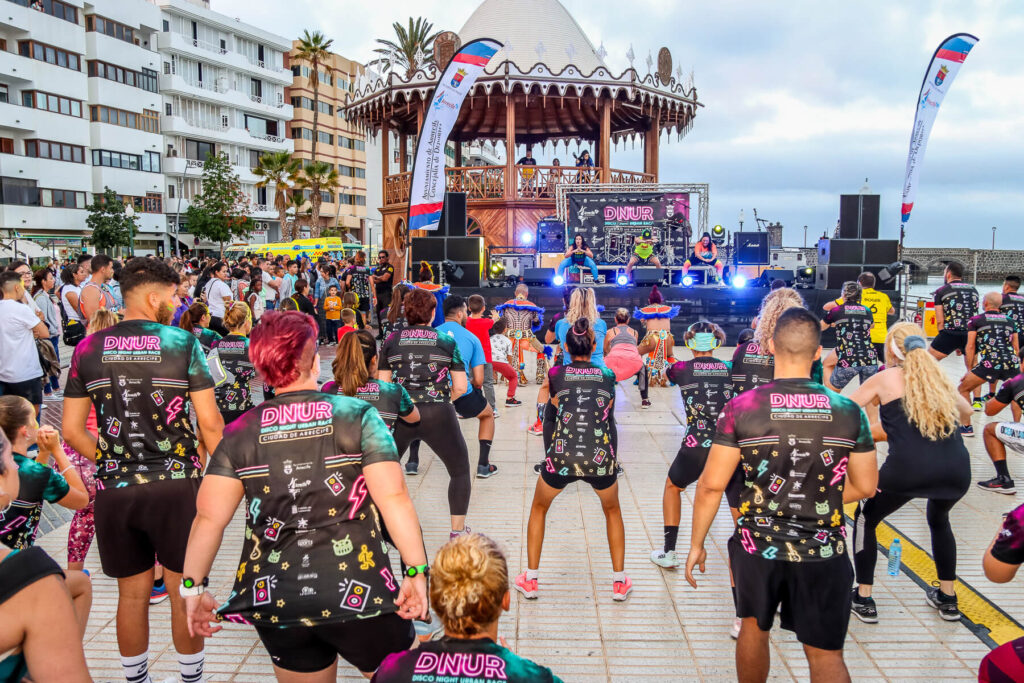 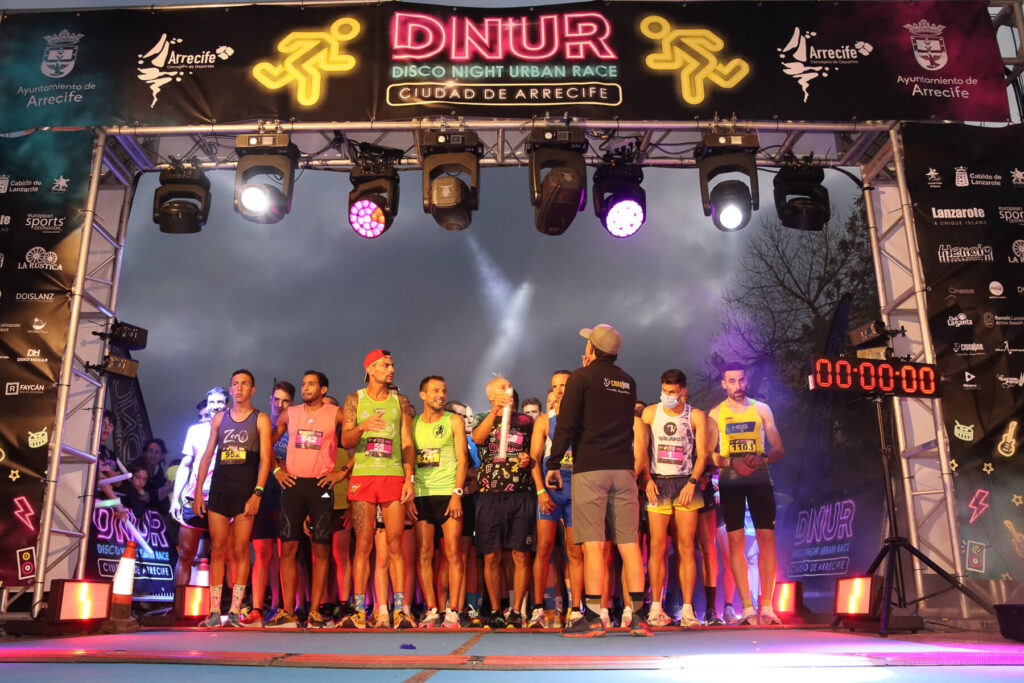 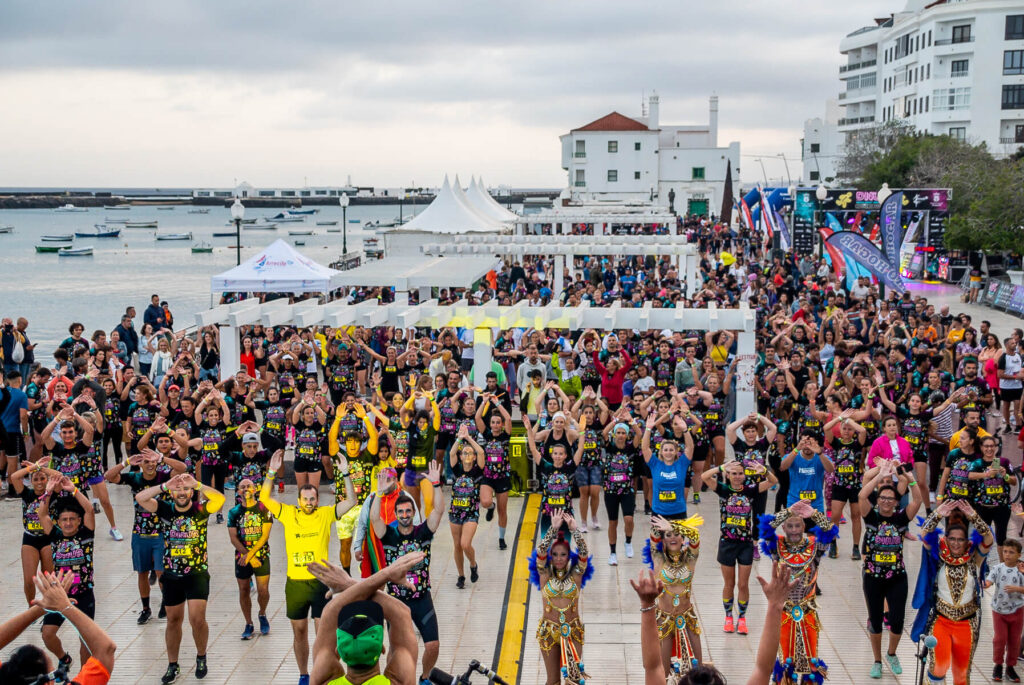 Aroa Merino and Francisco Cabrera Galindo won gold after completing the 10 kilometres in the men’s and women’s categories respectively. They were followed by Ali Hardie and Elizabeth Perdomo Cabrera in second and third place in the women’s category; with Aladdin Bouhania and David Viera Lemes taking silver and bronze for men.

As we already know after nine great editions, the Disco Night Urban Race was never going to close with a typical prize-giving ceremony. The participating athletes were able to celebrate in the moments before taking their place on the podium in the company of the fans and with a great concert by the group Treintaytantos. 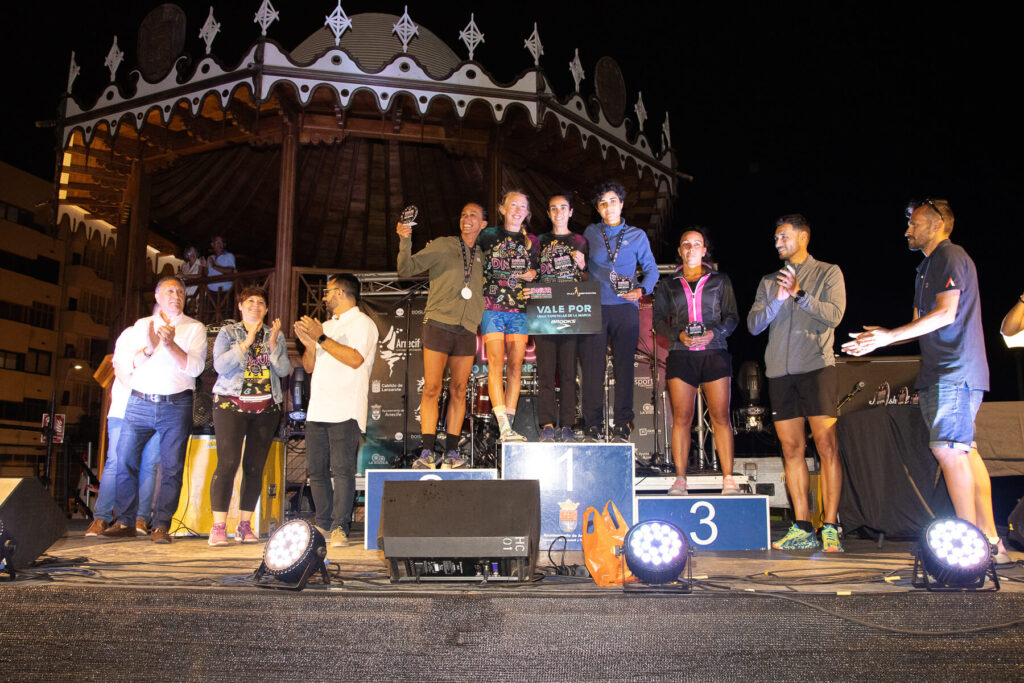 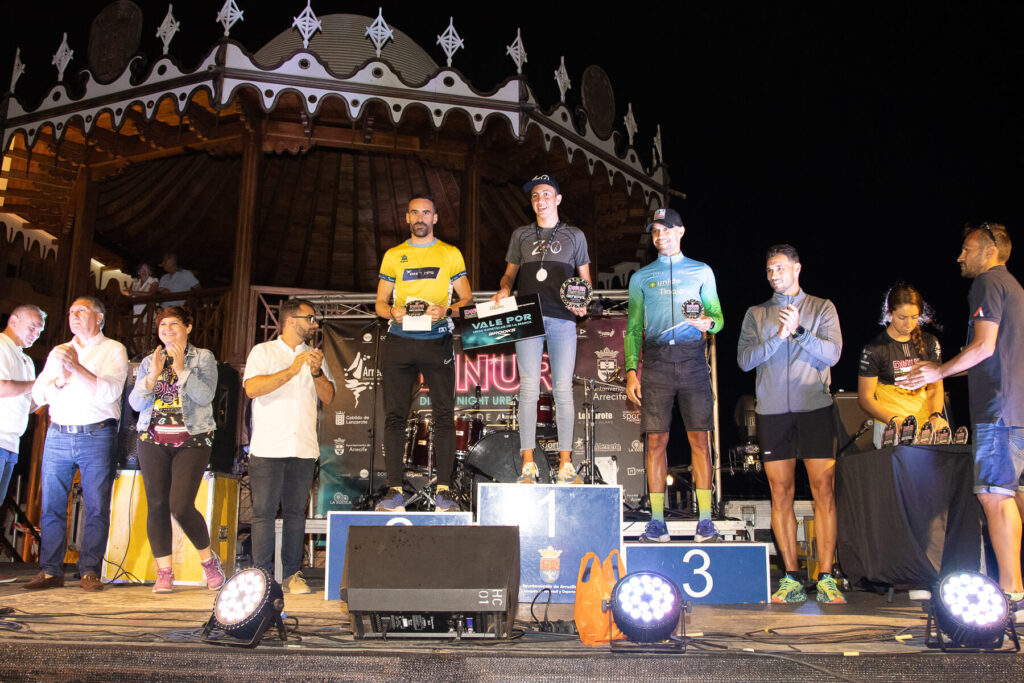 For his part, the race director, London 2012 Olympian José Carlos Hernández, dedicated a few words of thanks to all those entities that made possible the celebration of the race, as well as to the volunteers and staff involved in the organisation who demonstrated they knew how to keep this DNUR up to the mark for yet another year.