Home » náutica » An Olympic Spectacle off the Coast of Lanzarote

The island hosted the Lanzarote International Regatta, a qualifying event for various sailing disciplines for Tokyo 2020.

Lanzarote became the epicentre of world Olympic sailing this March, thanks to the celebration of the “Lanzarote International Regatta”, a European and African qualifying competition for the Tokyo 2020 Olympic Games. This event gave the winners the continental passport to compete in three modalities of the Olympic sailing event: Nacra 17, 49er and 49er FX. The decision to hold this important event in the Canary Islands was down to the health guarantees the island could offer, as well as its location as a tri-continental bridge and its excellent climate, which allows the practice of nautical sports throughout the year. The competition was held off the coastline of Playa Blanca (Yaiza), with Puerto Marina Rubicón as the venue for the event. 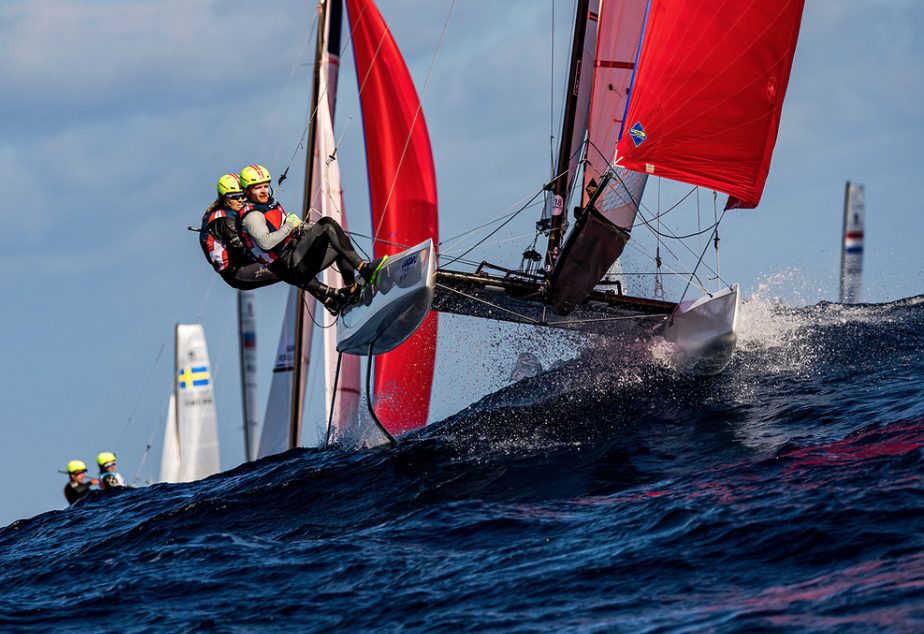 The island not only became the continental qualifier for Europe and Africa, but also the competition venue for more than 100 sailors from more than 30 countries from all over the world.  The conditions of the regatta course favoured the Spanish Olympic team, which demonstrated in Lanzarote‘s waters that it is more than ready for the Olympic Games.

Cantabrian Diego Botín and Galician Iago López won gold in the men’s 49er and achieved the best score of the competition. Jonas Warrer and Jakob Precht won silver for Denmark on the race course in Lanzarote, while at the last moment, the Irishmen Robert Dickson and Sean Waddilove took bronze. Diego Botín commented that “the island has offered perfect conditions for sailing throughout the competition and teams have taken advantage of this event to continue improving their technique.“ In this modality it was the Irish team of Robert Dickson and Sean Waddilove who managed to reserve their place for the Tokyo 2020 Olympic Games. 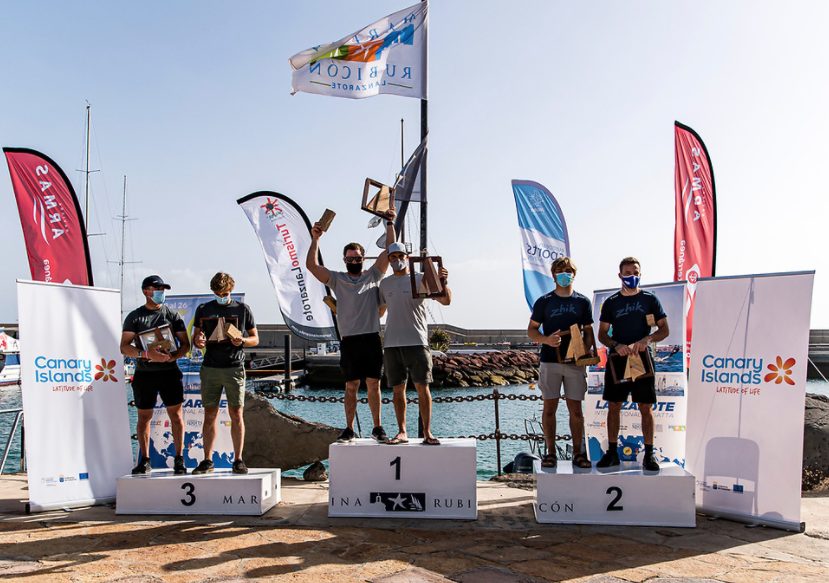 In the women’s 49er FX, Brazil led the field throughout the event with Martine Grael and Kahena Kunze proving they are the favourites for Tokyo. But Spain’s Tamara Echegoyen and Paula Barceló also proved themselves up to the task, coming from behind to take bronze at the last minute. For Tamara Echegoyen, “the Canary Islands are a paradise for water sports, especially when it comes to setting up a winter base, as the conditions on the water are ideal, but also the temperature is perfect and the days are longer; add to that the reception from the locals – you feel completely at home.” The 49er FX place for Tokyo went to the Belgian team of Isaura Maenhaut and Anouk Geurts.

In Nacra 17, Tara Pacheco and Florian Trittel’s catamaran led the class throughout the race, but a brutal collision between the Spanish and Swedish pairs knocked both boats out of the race. They managed to get a repair, which allowed them to hold on to first place and win gold in the Nacra 17 class. Florian Trittel said: “we led almost from the start, the conditions on the island are great and we leave here better prepared.“ It was the Finnish team of Sinem Kurtbay and Janne Jarvine who won their ticket to participate in this class in Tokyo 2020. 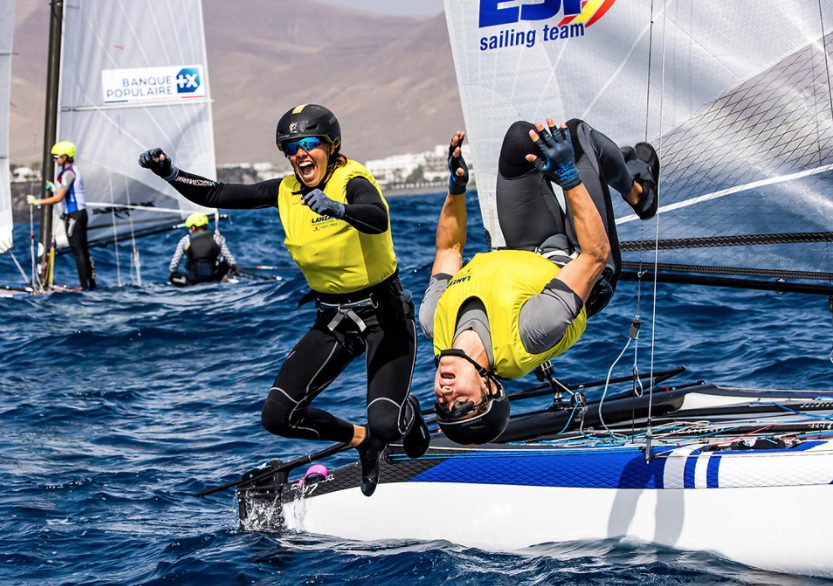 More than 500 people participated in the event, with the celebration of this qualifying competition for the Olympic Games creating a unique precedent in the Canary Islands. It is an unprecedented event that has demonstrated that the island of Lanzarote is ready to host this type of competition, not only because of the weather conditions it offers for sailing, but also because its organisational capacity, infrastructure and services can cope with this type of event. The different public and private institutions that supported the event have demonstrated their great satisfaction with the global projection of the island as a nautical destination and work is already underway to ensure that the Lanzarote International Regatta holds a permanent place in the Olympic sailing calendar. 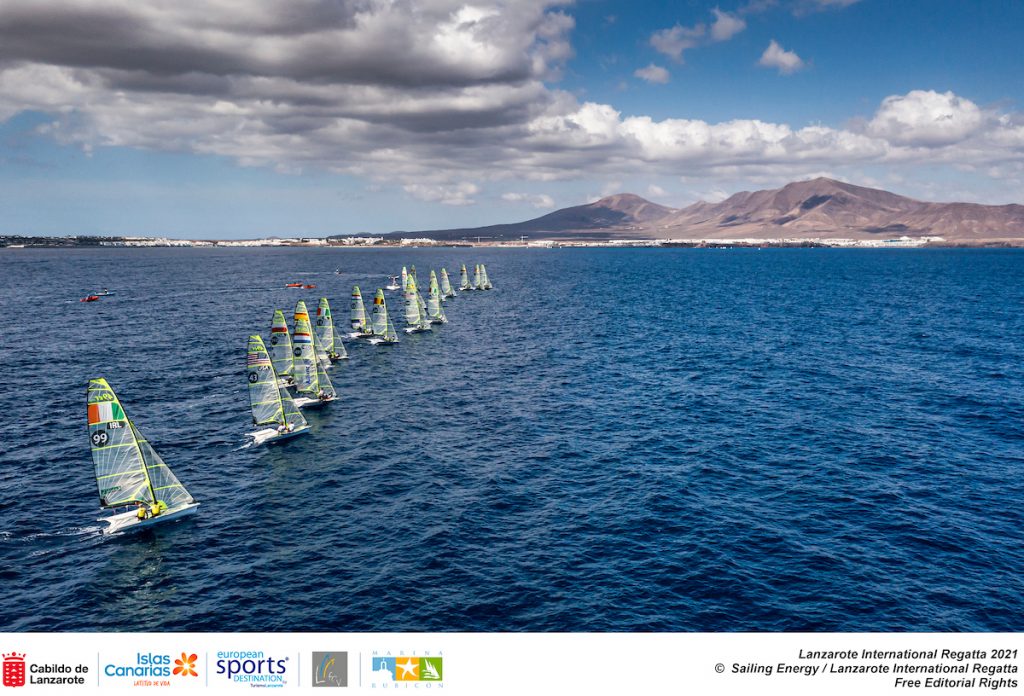