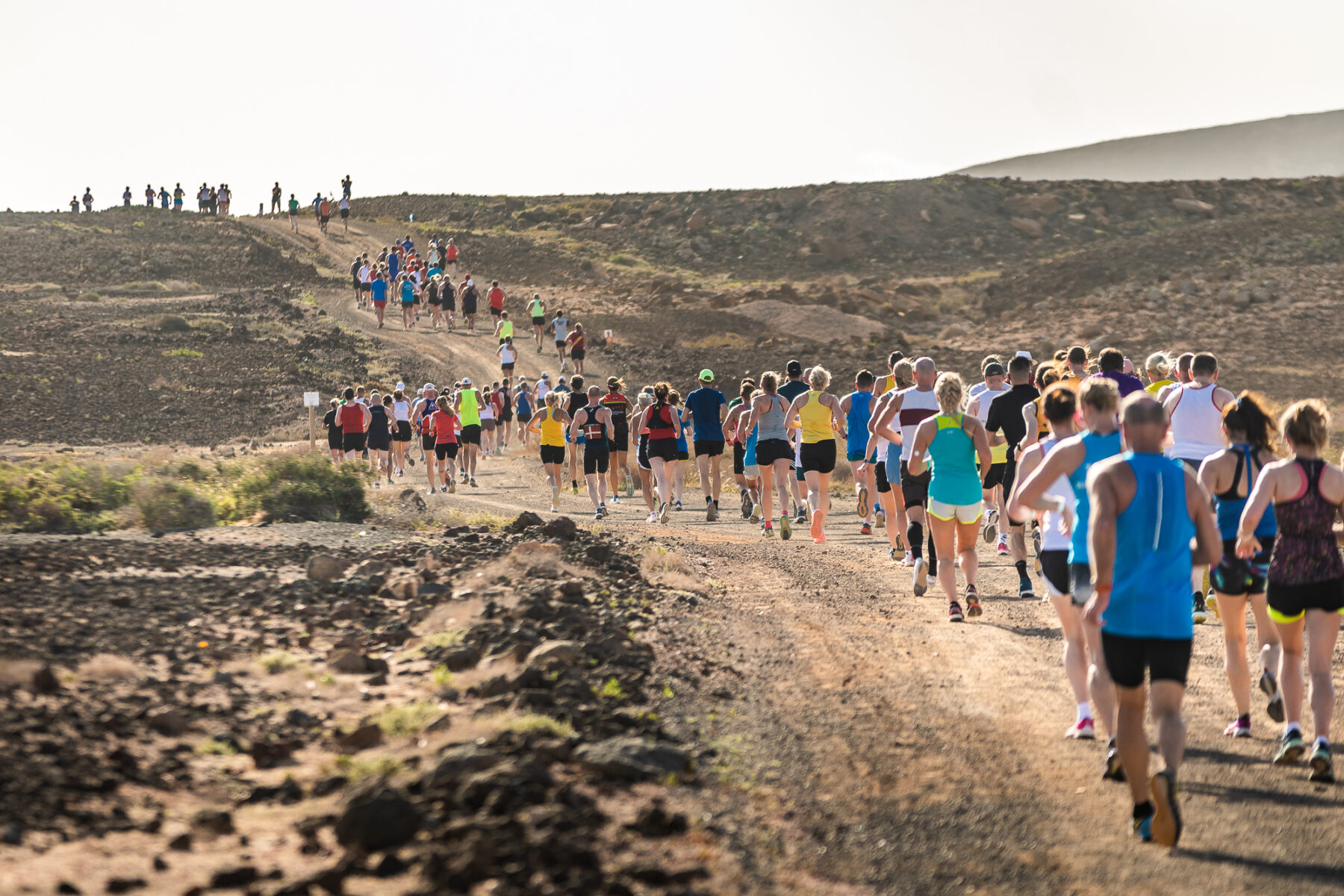 More than 1,100 athletes enjoyed four days of an event that celebrated its 34th anniversary with a record number of registered runners

The thirty-fourth edition of the Lanzarote International Running Challenge has been celebrated in style with the organiser, Club La Santa, having sold out the event and with the number of registered participants full in many of its categories, reaching more than 1,100 participants and demonstrating what a great reception there is for a competition that continues to exceed expectations despite the fact that the number of participants is increasing every year.

The great reception by the participants stems from the fact that this edition of the Lanzarote International Running Challenge has managed to carve out a niche outside the borders of our country by covering the needs of each of the athlete profiles and thus surpassing the thirty or so nations represented.

In the four days held on the Island of the Volcanoes there is a place for everyone, both for beginners who want to test themselves physically, as well as for amateurs and elite professional athletes. All of them will have the chance to enjoy a guaranteed sporting competition which, despite being held in the middle of autumn, has exceptional weather conditions all year round, making Lanzarote one of the leading tourist and sporting attractions internationally. 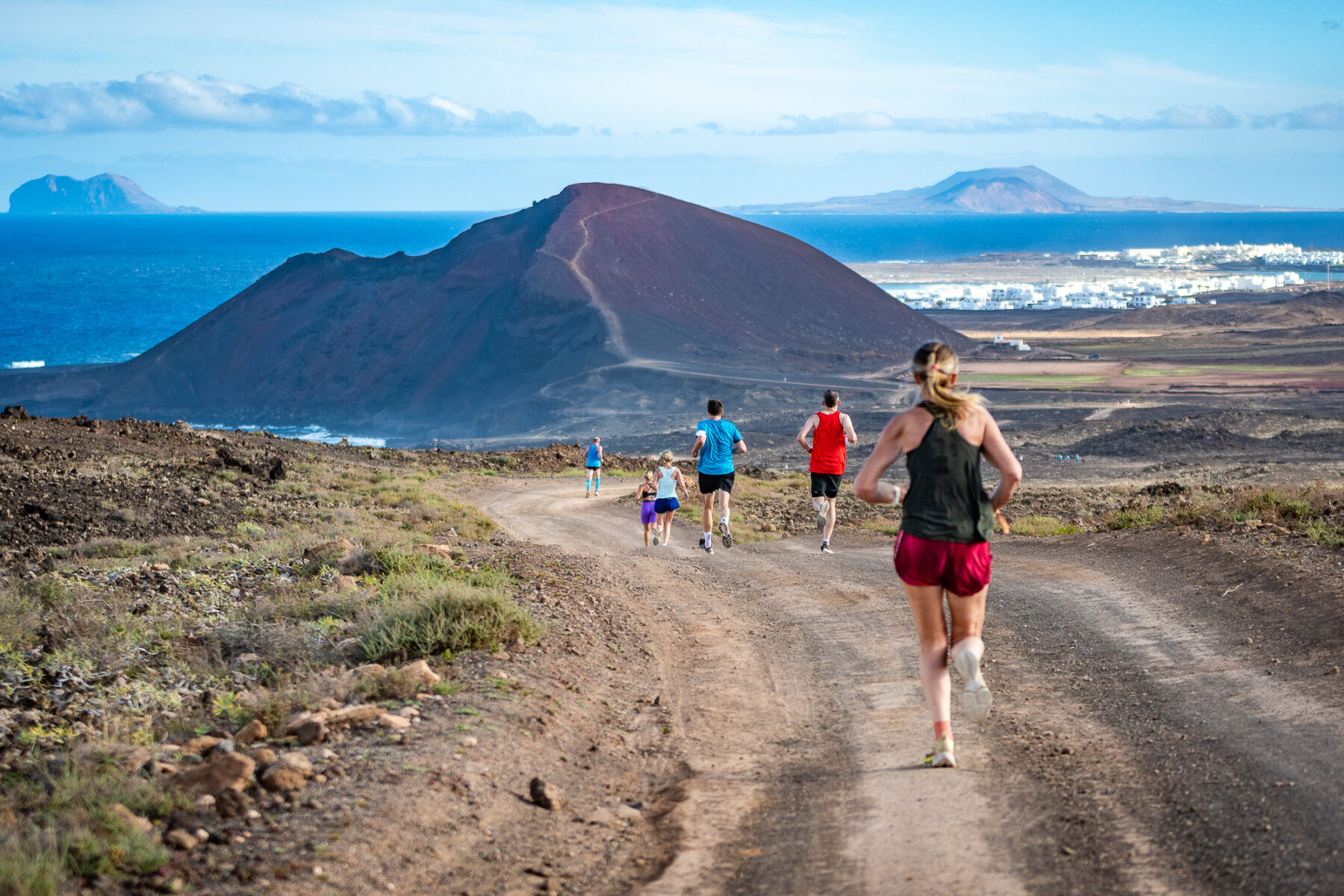 On top of all this, the competition is also unique. The different stages that make up the Lanzarote International Running Challenge, which bring together different running surfaces and spaces, have made it possible for an event of this magnitude to reach its 34th edition.

The Lanzarote International Running Challenge has not only been maintained over time, a fact that guarantees the quality of the event, but it has also managed to reinvent itself. Besides exploiting the competition beyond sport, connecting with nature and the landscapes of an island that is a Biosphere Reserve, this event remains one of the great sporting attractions of the year. This contributes to Lanzarote being chosen by many athletes as a destination to prepare, train and compete in sports. 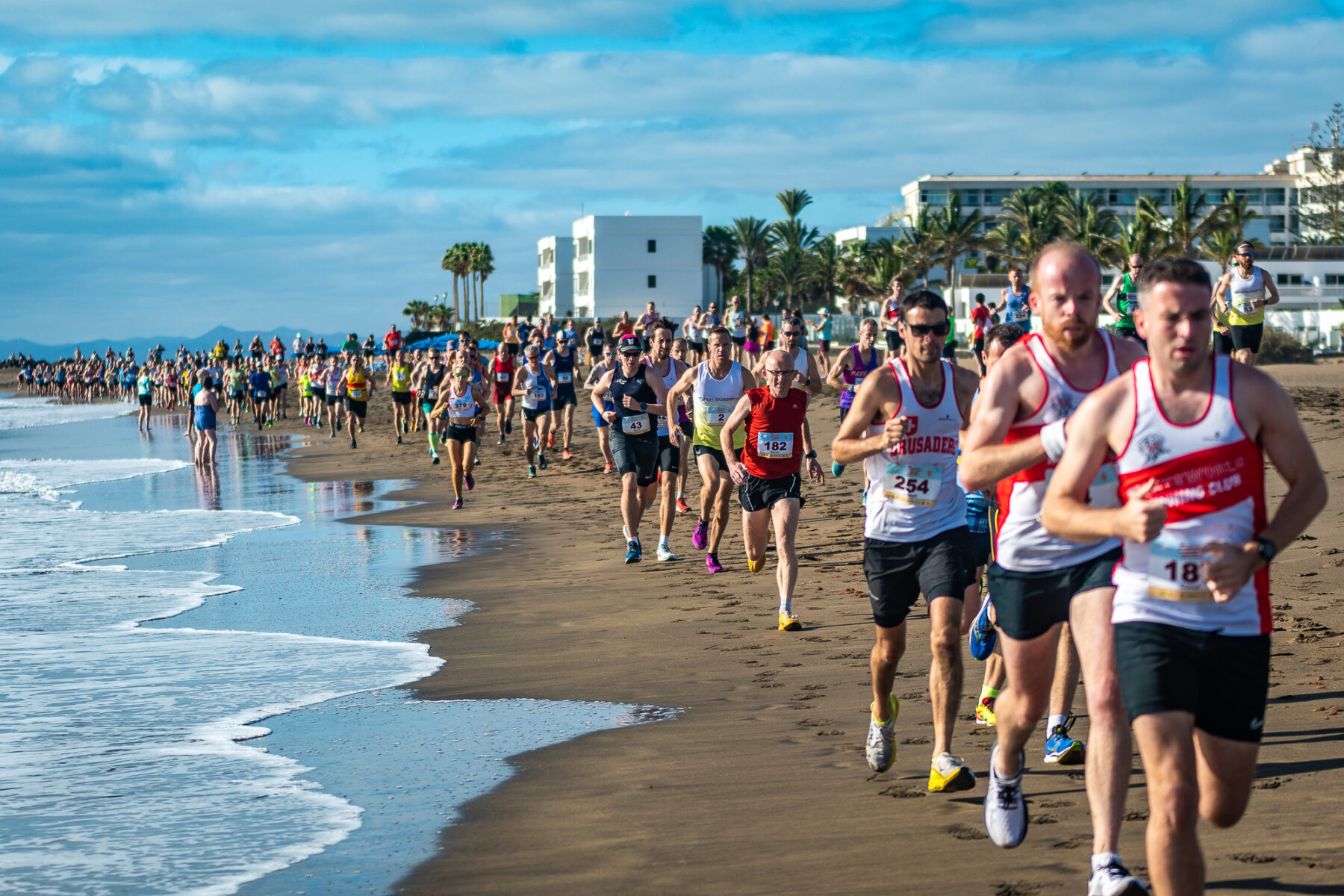 This Lanzarote International Running Challenge 2022 was inaugurated by the younger participants, with a series of routes adapted to all ages. In addition, the run-up to the event featured the La Santa Night Run, a night-time sporting event that has now turned into a running festival with activities for children, inflatable attractions, face painting, food tasting points, food trucks, live music, DJ’s and concerts by well-known artists, which once again served as an excuse to enjoy Club La Santa before, during and after the race, which included lights and fireworks.

Daniel Casanova (00:24:09) and Angela McCann (00:28:05) won gold in the 7km night race, while Laurens Verluyten (00:12:11) and Sara Rivas (00:15:23) finished first in the 4km race. These winners were joined the following day by Dutchman Bas Stigter (00:33:12) and Ireland’s Catherine Thornton (00:37:31), who were the winners of the first 10km stage, the Vince Regan Memorial Classic Road, which included three laps around the Laguna de La Santa, with the asphalt surface playing a major role to start this competition that would not end until 23 November. 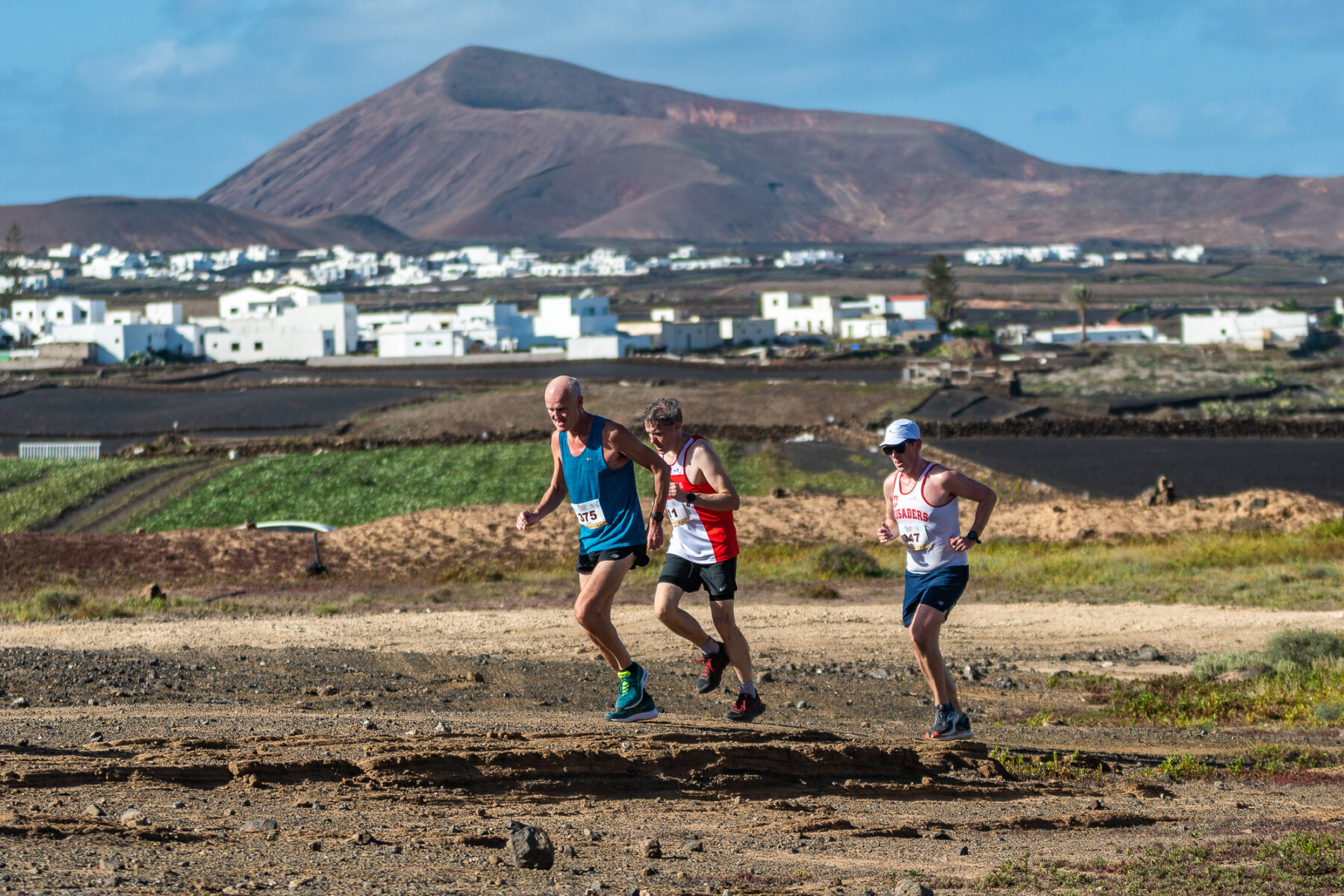 The 13 km on dirt of the Ridge Run that awaited the second stage on Monday, continued the excellent dynamic of the Lanzarote International Running Challenge, with spectacular images of the runners passing through the Caldera de El Cuchillo, combining trail and asphalt. Stigter (00:45:21) and Thornton (00:52:54) finished at the top of the podium in the men’s and women’s categories, respectively.
The Beach Race was held on Tuesday at Los Pocillos beach in Puerto del Carmen, with two laps to complete the 5 km. It was a very fast competition where the Dutchman Bas Stigter (00:17:11) and Ireland’s Catherine Thornton (00:20:54), in the men’s and women’s categories, respectively.The Beach Race awaited on Tuesday on the beach of Los Pocillos in Puerto del Carmen, where the 5 km course had to be completed in two laps. It was an extremely fast competition where the Dutch Bas Stigter (00:17:11) and the Irish Catherine Thornton (00:20:54) also took gold in a great atmosphere that was evident along the avenue of the coast of the municipality of Tías. 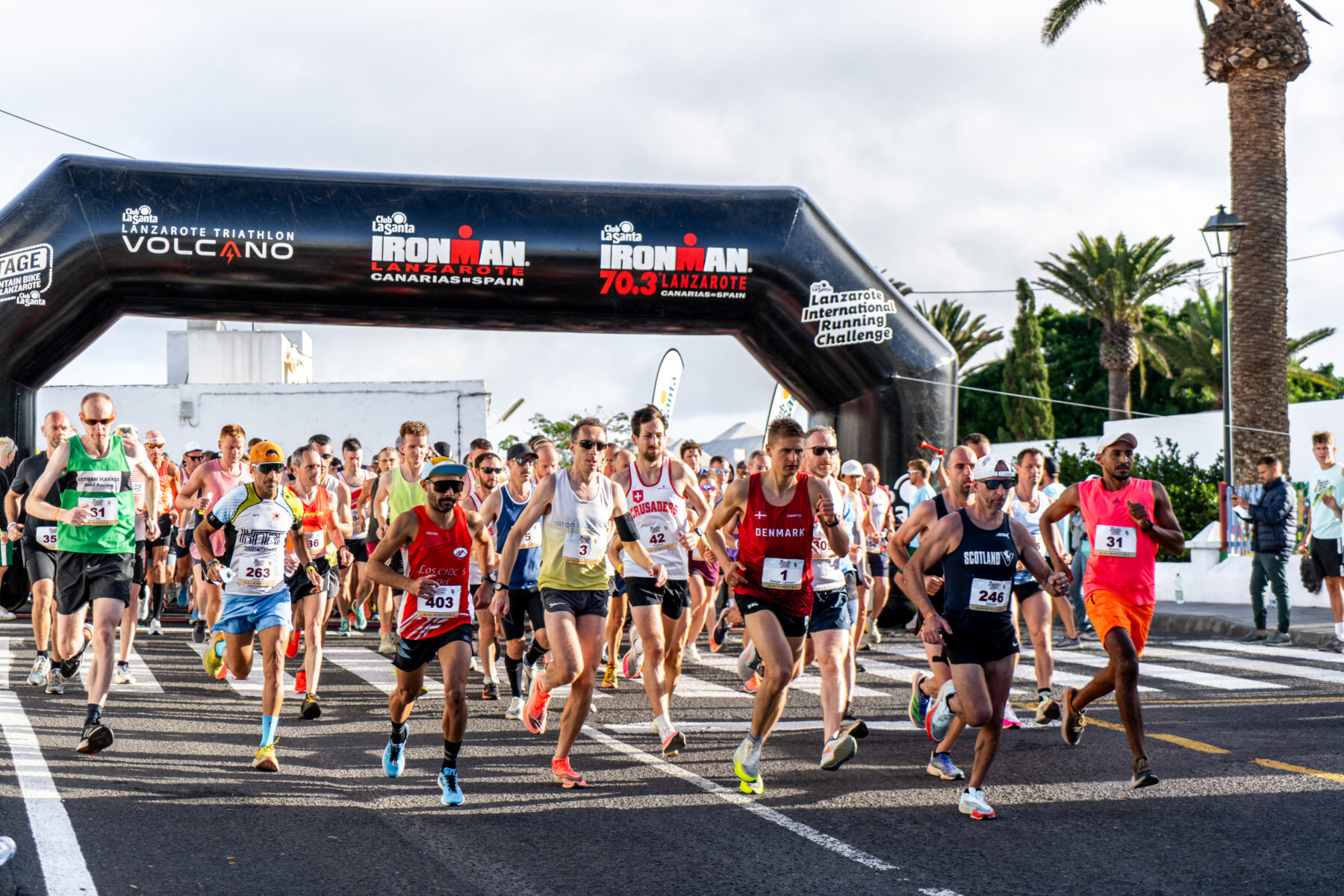 The last stage of the long awaited race ‘La Vuelta de Tinajo’ was reached, which, once again this year, provided an unforgettable route that started from the village of La Santa, with the backdrop of icons of Lanzarote’s geography such as the Bermeja, Tenesar and Tinache mountains. An extraordinary dirt route was run, which also passed through the path of Las Cambuesas, leaving participants and fans to enjoy the Lanzarote coast, also crossing the village of La Santa until they reached the Club La Santa stadium track. 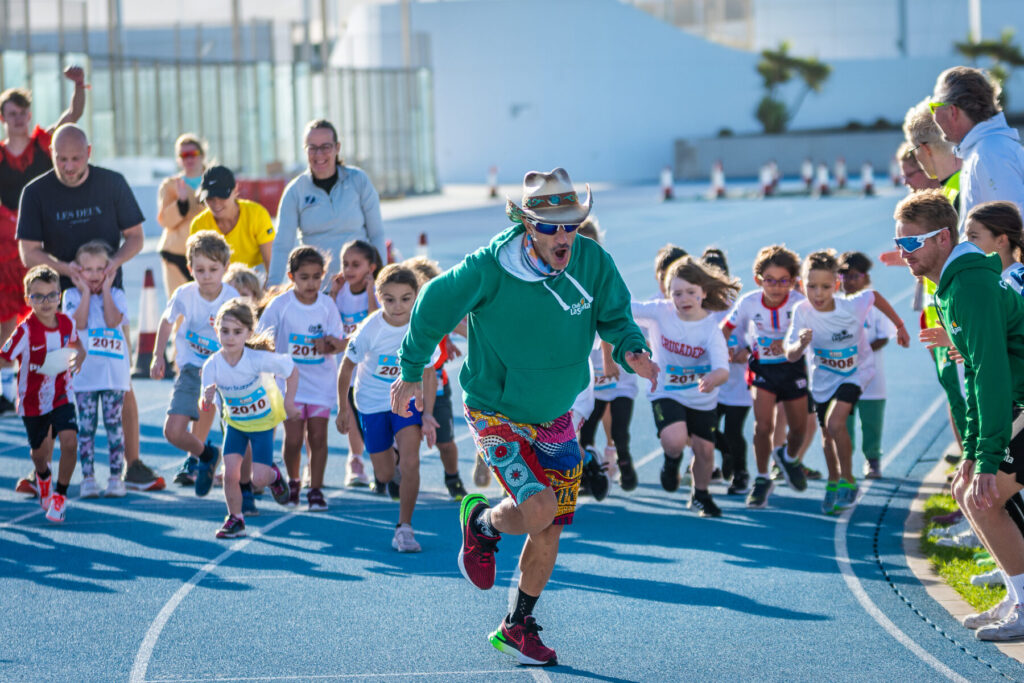 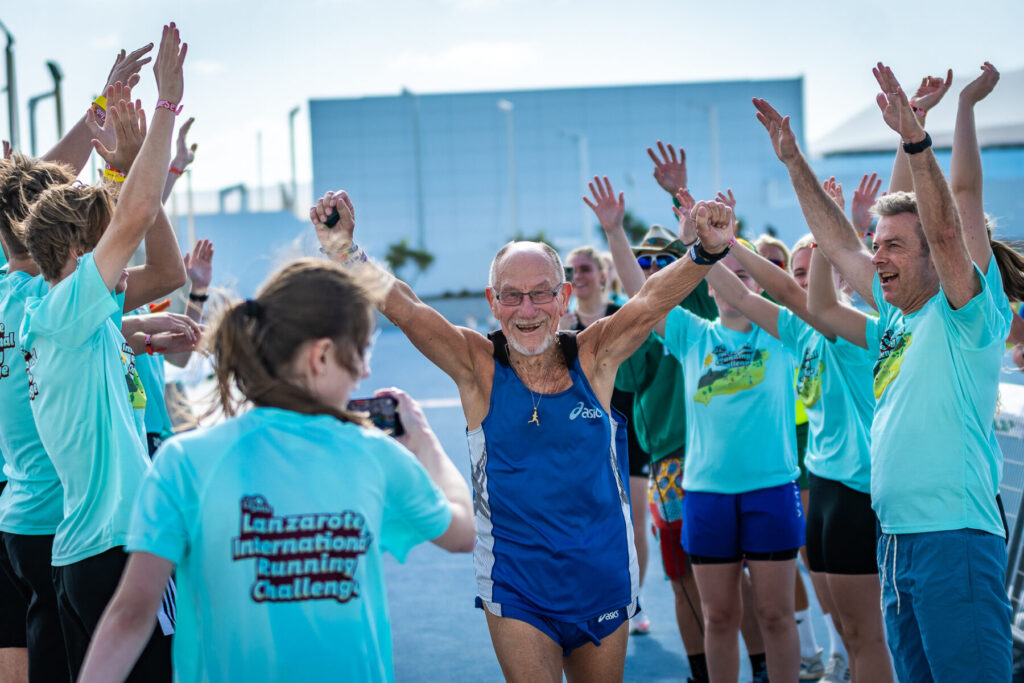 Those 21 km were completed firstly by the Dane Kasper Laumann (1:08:38) in the men’s category, while in the women’s category, Catherine Thornton (1:19:35) took the honours. This main category put the finishing touch to a Lanzarote International Running Challenge that proclaimed its new winners, with a general classification that includes the global calculation of the four stages. Bas Stigter was first in the men’s category, followed by the Danes Kasper Laumann and Aladdin Bouhania. The women’s podium was decorated with the Irish flags of Catherin Thornton, Angela McCann and Shona Keane, in that order. 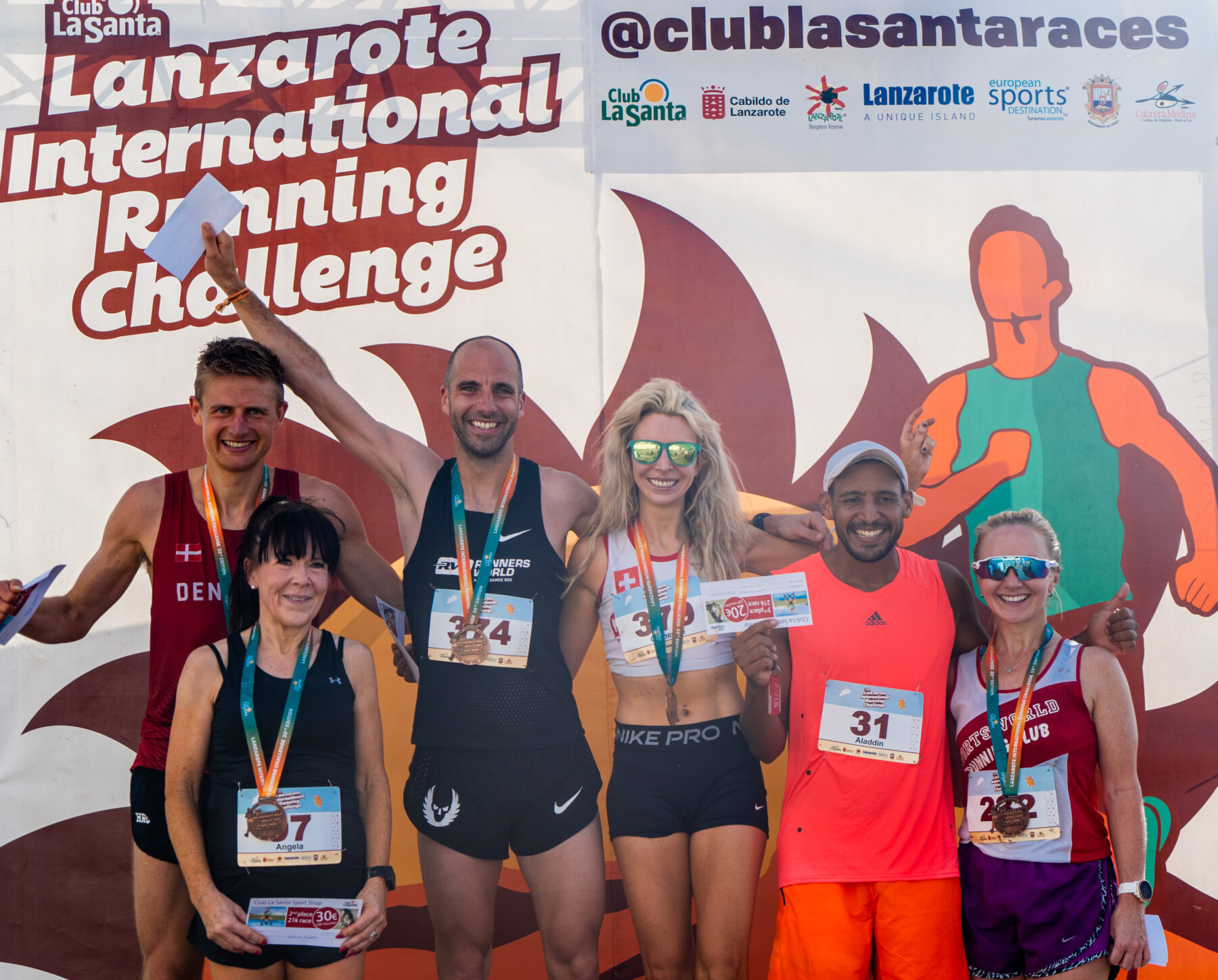 The Club La Santa sporting events calendar for 2022 is brought to a close, with many more events to come next year, such as the 4 Stage Mountain Bike Race Lanzarote, the Club La Santa Volcano Triathlon or IRONMAN Lanzarote, events that will keep making the island a world showcase for sport and quality tourism.